If you had told me a few years ago that Rune Factory 4, one of my all-time favorite 3DS games, would be getting a port to the Nintendo Switch, I would have called you a liar. Back in 2013 the creators of Rune Factory, Neverland Inc., filed for bankruptcy. The series’ future was shattered for many fans seemingly indefinitely. However, last year we got news that Rune Factory 4 Special, an enhanced port of the original 3DS title, was coming to the Nintendo Switch; as well as a sequel in Rune Factory 5! 2020 is shaping up to be a miracle year for Rune Factory fans everywhere, myself included. What makes this game so special? Read on to find out. 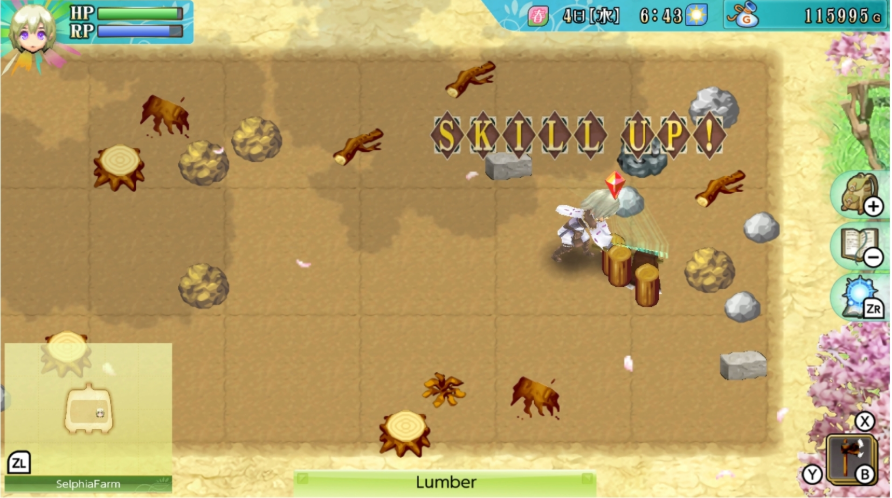 The game begins with the player choosing what gender their avatar will be, as well as a name. I stick to the default names (Lest for male, Frey for female). For simplicity’s sake, for the remainder of this review I will be referring to the character as the male version, Lest. You begin on an airship where Lest is in transit to deliver a special package to a neighboring kingdom. Lest is quietly enjoying the voyage when a pair of armored brigands who stowed away specifically to accost him and steal the package burst out of some barrels. After a short scuffle, Lest ends up hitting his head and being afflicted with amnesia, and then being pushed off the airship to plummet to his death. Thankfully — and frankly quite miraculously — his fall is cushioned by the Divine Dragon, Ventuswill, who governs the town of Selphia.

After some rather awkward introductions and a mix-up of identities, Lest is placed into the role of Prince and given free reign to run and develop the town. It is Ventuswill’s hope that Lest’s memories will return to him in time. From there on, the player is guided through a few short tutorials to teach you the basic flow of the game. You wake up each morning at 6AM, and you basically have the freedom to do whatever you want. However once you realize how much Rune Factory 4 Special has to offer, you may quickly become overwhelmed by that freedom. Each new day brings new possibilities. Lest has the complete freedom to do whatever he pleases. This includes farming, which is shown to you very early on, and establishes itself as your main source of income. You start off with one field, and eventually with enough blood, sweat, and tears, you’ll end up with up to five fields. Along with farming, you can tame and domesticate monsters (once you have built a Monster Barn), who you can assign to take care of the fields for you once they like you enough!  This makes the start of your day less tedious and saves on energy. Your energy is measured in RP (Rune Points), and each time one of your many skills levels up, you gain a small amount of RP permanently. Your skills include everything from walking and sleeping to using magic, fishing, mining, farming, and all the various types of cooking and crafting available. That’s right; literally everything you do is measured and rewarded, and it’s this kind of reward system that is very appreciated by players.

Along with farming, crafting and taming monsters, you can also visit and explore numerous locations and dungeons, some of which you can actually grow in the fields. As you progress the story, you’ll naturally be pushed towards these areas; but only when you’re ready. You aren’t literally pushed, you are just…reminded. When you go to save your game, Lest will think about his current objective to remind you of the next step to progress the main scenario. However you are free to tackle the story whenever you choose. You don’t have to do anything at a certain time, and you don’t miss anything by taking your time or focusing on one thing over another. The absence of deadlines is a very relaxing touch to the game, as it lets you learn and play at your own pace.

Along with the aforementioned activities, you can also build up your relationships with the townsfolk. Simply talking to them every day is enough to get them to like you more, but it’s much faster to give them gifts. Talking to them may yield hints at what each person likes and dislikes, so it’s important to pay attention to everyone when you talk to them! At a certain point, when you have built up a relationship high enough, you will have the option to confess your love to your chosen person. This unlocks some of the new content specific to the this Nintendo Switch version of the game, in Newlywed Mode. This mode is a collection of what can only be described as audio dramas, complete with brand new illustrations and voice work. Each time you confess to someone, their chapter is unlocked. This can be quite tedious to work on, if you choose to pursue this goal, so be ready. 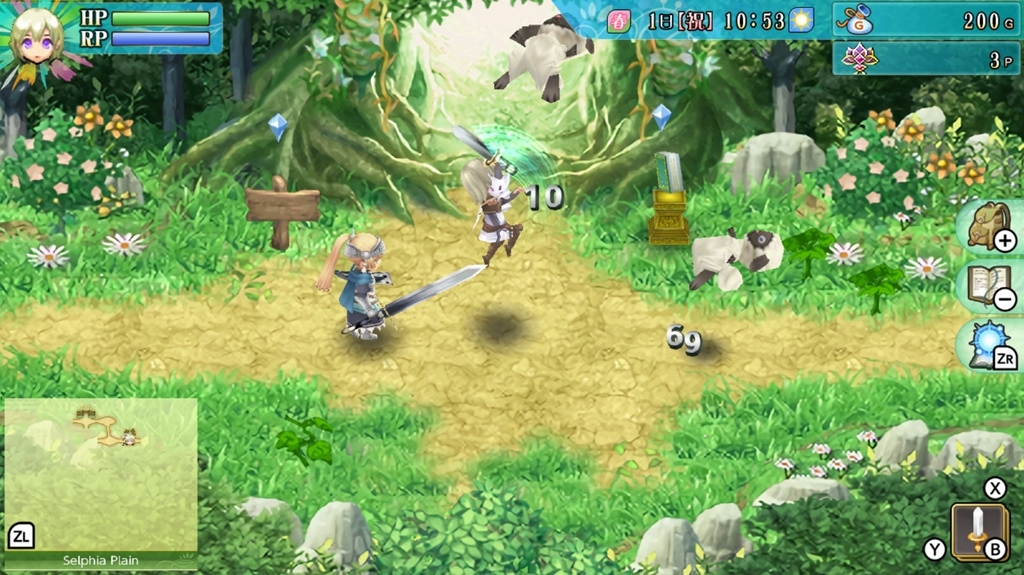 Lastly, you can develop Selphia by giving Orders. As you play, you gradually accumulate Prince Points. Defeating monsters, completing requests, and leveling up your skills all grant you Prince Points. These can be spent on special licenses, holding events to attract tourists to the town, and to build new additions to your room, farm, and the town overall. Make it a priority to check your Prince Points often, as they are VERY important to your overall progress in the game. They even influence the amount of items you can carry and store, so focus on those points.

What kept me playing the 3DS version for over 2,500 hours (I’m not kidding) is the amount of freedom you have to approach the game. You can do some mining one day, and then focus on exploring dungeons for new monsters to tame the next day. Do you want to craft new weapons and armor, or do you want to spend a summer afternoon fishing? It’s entirely up to you, and the best part is that you can eventually max out all of your skills with enough play. Except for maybe your actual level; that becomes a HUGE grind after about level 270-ish. At this point in the game it becomes way too tedious to farm experience points from monsters, and it becomes more efficient to craft a special item to level up; however this item is very difficult to make. But at this point, you are plenty powerful enough to tackle most anything in the game, provided that you have been keeping up with crafting new gear, upgrading it, and stocking up on food and potions.

In addition to the Newlywed Mode I mentioned earlier, there is a batch of new DLC content that’s very similar. You will find an option on the main menu called “Another Episode”, and these are additionally voice dramas that expand on some of the more prominent characters in the game with extra story content. Some of these are genuinely entertaining to listen to, and offer a tiny extra look into each character that you won’t see during the meaty story campaign. I think the new content is a fine addition, although it’s not as hefty or substantial as I was expecting. That being said, the main game is beefy enough, so I am somewhat glad they didn’t go too overboard with the new content. 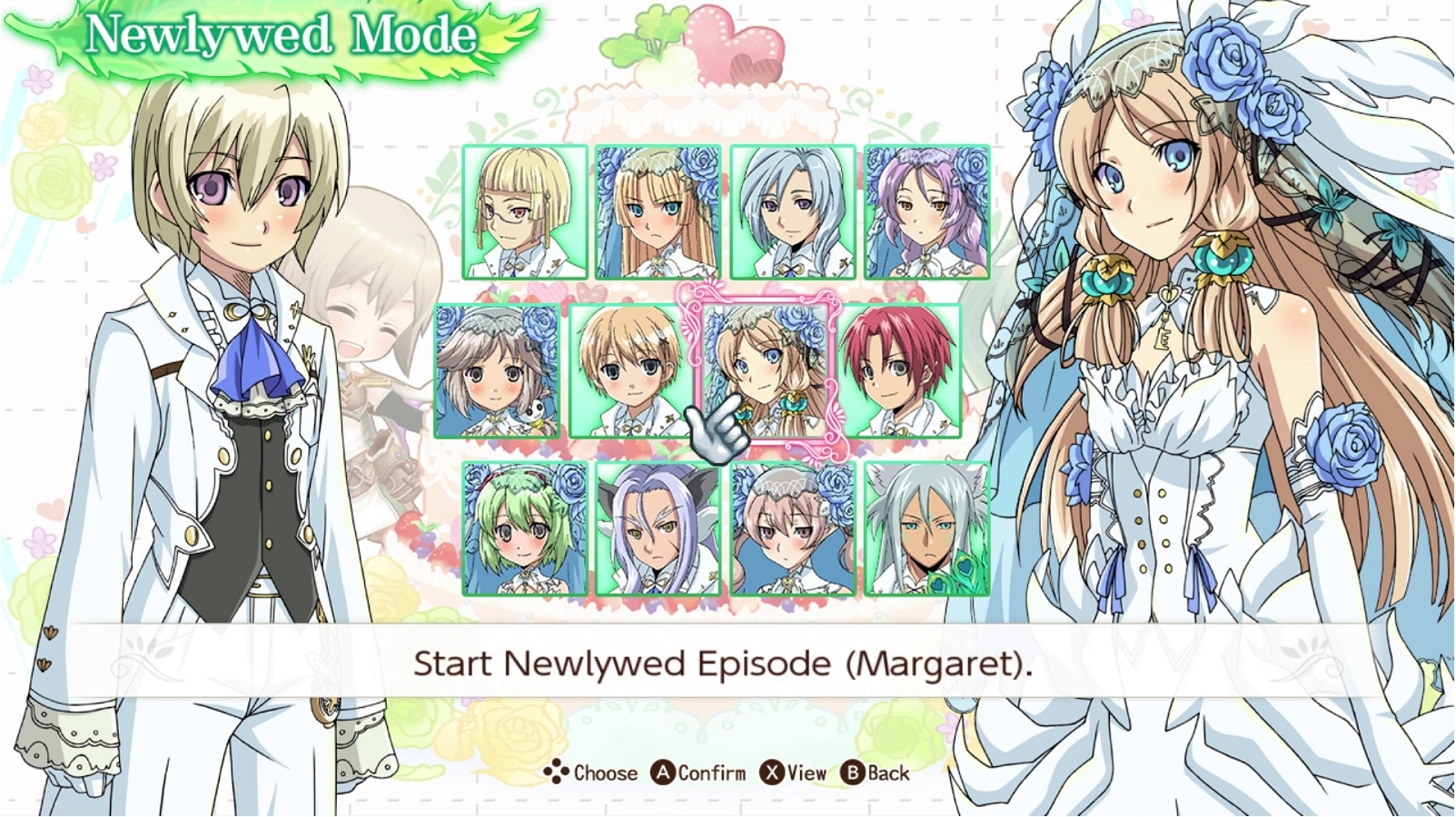 After spending my first 60 or so hours with Rune Factory 4 Special, I can say that this is my new preferred way to play the game. While my 3DS version served me well years ago, I can safely put it away on my shelf to rest while its new Nintendo Switch brother takes up its mantle. Running flawlessly in both Handheld and TV Modes, Rune Factory 4 Special is a gorgeous upgrade to the 3DS version. There’s no doubt that this will pave the way for future installments of the franchise, and I honestly cannot wait to see what Rune Factory 5 has in store for us. It’ll be quite a feat to top this game. I will definitely be kept busy until then, and I think everyone should give it a chance. Even if you aren’t normally into life-sim games, there’s something here for everyone to enjoy.

Rune Factory 4 Special is an incredible port of an outstanding game. Absolutely a joy to play, teeming with content to keep you busy for hundreds of hours.