Back in August 2020, one of my favorite 3DS games, Rune Factory 4, was revealed to be getting a Nintendo Switch port with extra content. Having spent close to 3,000 hours (no, I am NOT kidding) on the 3DS version, I literally salivated at the thought of playing an enhanced version!

Having recently received a review code from XSEED, I’ve been living each day to the fullest in the town of Selphia — cultivating relationships with the townsfolk, growing and harvesting all manner of crops, fighting monsters while exploring dungeons, and even cooking! The amount of things to do in this game is amazing, and each day is full of adventure waiting to unfold. There are hundreds upon hundreds of hours of playtime contained within Rune Factory 4 Special, and with the new extra content it’s even more jam packed!

In addition to the already staggering amount of content available from the 3DS version, this new version features a Newlywed Mode, and several “Another Episode” stories to uncover. I’ve spent around 12 hours playing this so far, and I haven’t unlocked any of the Newlywed or Another Episode stories yet, so I am assuming they are for late-game to add extra flavor to the story and characters.

What I have done, is spent nearly all of my free time farming crops, giving gifts to the townsfolk to increase our relationships, exploring a few of the dungeons, and even started on my journey to become a culinary sensation! There’s just so much you can do in this game and it’s all engaging and fun, although it becomes difficult juggling your time each day. Do I want to go fishing and catch some different fish to cook up some gifts for the townsfolk? Do I want to plant a new patch of crops? Do I want to go explore a dungeon and collect loot from defeated monsters? Each day you get to decide what you want to do, and the beauty of it is there is no hard limit on your time. You could skip 5,000 days forward if you wish by just sleeping, and nothing from the story is affected by it. 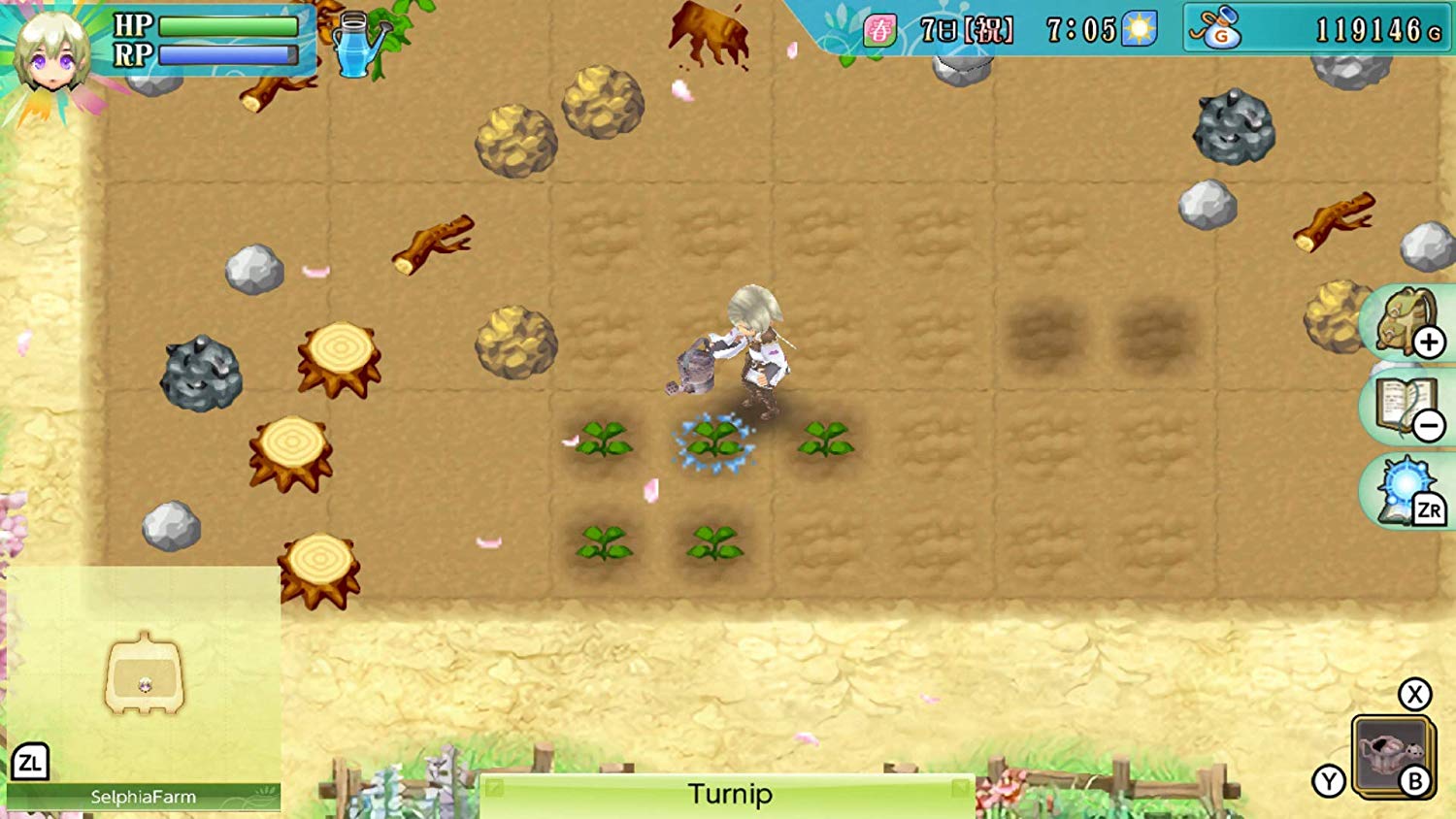 Being a stat oriented kind of player, the various skills your character has that you can level up is very satisfying to me. You have proficiency ratings with various things, and the more you do certain activities the higher those skills get; this in turn leads to more HP, Rune Points (which is like your energy or stamina), and the ability to learn new recipes for crafting and cooking. You’ll want to level everything up just for the added RP alone. The more you have, the more you can do each day. You can replenish RP with certain foods and items, but you’ll want to have a large pool of RP in the long run.

As you play, you’ll also earn Prince Points, which you can spend to develop the Town or expand your capabilities. Here’s a tip with this: max out your Storage and Backpack as quickly as you can. You’ll be collecting and saving tons of items for the entirety of your playthrough.

Overall, based on what I’ve seen I think they’ve done an excellent job moving the game over to the Nintendo Switch. It’s absolutely gorgeous, and runs beautifully. There are hardly any load times whatsoever, and the framerate is buttery smooth. I do think they’ve really hit it out of the park with this one. Look forward to its release on February 25th, 2020!

The preview copy of this game was a digital code provided by the publisher.