GIANTS Software has released the first gameplay trailer for Farming Simulator 19, the next iteration in the popular agricultural simulation series. The trailer was released as part of publisher Focus Home Interactive’s participation at Gamescom, which is taking place August 21-25 in Cologne, Germany.

While followers of the game have recently been teased with in-game footage – first a short featurette showing the John Deere 8400R in motion, and then a brief tour of the new European map “Felsbrunn” – the trailer provided an extended example of what gameplay in Farming Simulator 19 will look like (and WOW does it look GOOD!).

The trailer opens to a scene of a woman on a horse, and proceeds to alternate between showcasing views of what appears to be the new Felsbrunn map and in-game footage of equipment performing various tasks. A John Deere T560i combine is shown harvesting oats and unloading them into an Elmer’s HaulMaster chaser bin pulled by a Case IH Quadtrac. The chaser bin is then shown unloading into the Wilson Pacesetter trailer, which was previously confirmed. The truck pulling the Pacesetter is difficult to identify, and while it looks similar to several American manufacturers’ trucks, it may simply be an updated version of the Lizard TX 415 Barrelcore (from Farming Simulator 17).

Additional parts of the trailer show:

The trailer showed a wealth of new equipment, with the Bednar fertilizer and Vaderstad Tempo L having never been seen in a Farming Simulator game before (their brands, on the other hand, have been). The Krone Big M was part of the equipment roster in Farming Simulator 13 and while it didn’t return for 15 or 17, it was a very popular mod on PC and it’s great to see it officially re-added to the roster. Hardi sprayers had not yet been mentioned by GIANTS, and so the trailer served as a way of revealing that brand’s participation in the game as well. Hardi is a Danish manufacturer of sprayed equipment, and I’m hopeful this means we will see some additional large sprayers in the game. 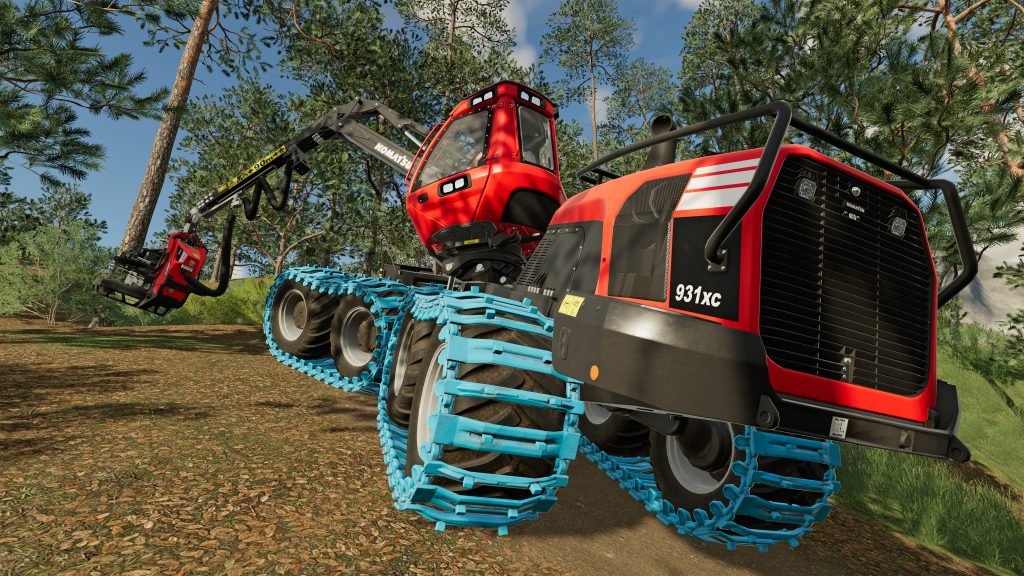 The Komatsu Forest 931XC had not yet been seen in action, however GIANTS tweeted a screenshot of the massive tree harvester just a day prior as a kick-off to its Gamescom announcements, announcing the presence of the brand in the game. The Fliegl bale trailer shown has also not been seen before, and looks to have some automated functions to ensure that the bales can’t fall off while driving. Finally, throughout the trailer the horse and its rider were shown numerous times, and I must say that I was extremely impressed by the animation of the horse. It appears that GIANTS put a significant amount of effort into ensuring that the horse looks and moves realistically.

In addition to the gameplay trailer, a number of videos have begun to crop up on YouTube showing off the demo version of the game that is playable at Gamescom. I gleaned some information from a couple of these videos, in particular one from YouTuber “Gadarol”. While I couldn’t understand the discussion (it was in German, after all), the information shown on the screen was crystal clear.

First of all, the game looks beautiful. The models of the equipment are particularly improved, and while the ground textures still leave a little to be desired, overall the graphical quality of Farming Simulator 19 looks very impressive. The way in which hoses attach to the equipment (e.g., when a seed/fertilizer reservoir is hooked to the front of the tractor and its hose attaches to the seeder at the rear of the tractor) behaves as realistically as it can without requiring the player to manually attach everything.

Gadarol’s video also showcased the difference between manually weeding your crops (using an Einböck weeder that we didn’t have in Farming Simulator 17) or spraying them with chemicals – both will make the weeds disappear, however the manual weeding must be done at an earlier growth stage.

The menu system and shop screen look incredible as well. The ability to preview changes to wheels and other options on your tractors and vehicles will really assist in making decisions, and players will likely stop and stare at just how well the machinery represents their real-life counterparts. The map and other menus have been enhanced to better suit the redesigned user interface, and I very much like the look of them as well. The semi-transparent look seems lighter and more modern. A second video from Gadarol showed off the updated maps and how land ownership will work, with areas owned by the player highlighted in green. The player can move their cursor around the map and select various areas (they will be highlighted in yellow), the price to buy those sections of land will be shown, and the player can then choose if they would like to buy that area. This is helpful, as it will show the player whether the area they’re thinking of buying will connect with the areas that they already own, and what land is included in the purchase in addition to the field (or fields) in that area.

The menus shown in the video revealed a number of options that were not present in Farming Simulator 17. Auto-saving is now available (no more lost progress if you forget to save!). Players can also choose between Celsius and Fahrenheit for temperature, turn the requirement for lime on or off, and turn the presence of weeds on or off – however, I was disappointed to see that there is no ability to choose between bushels or litres for the measurement of crop quantities. Another area of the menus indicated that players will be able to sell land and buildings (we already know that you can buy land and construct buildings). 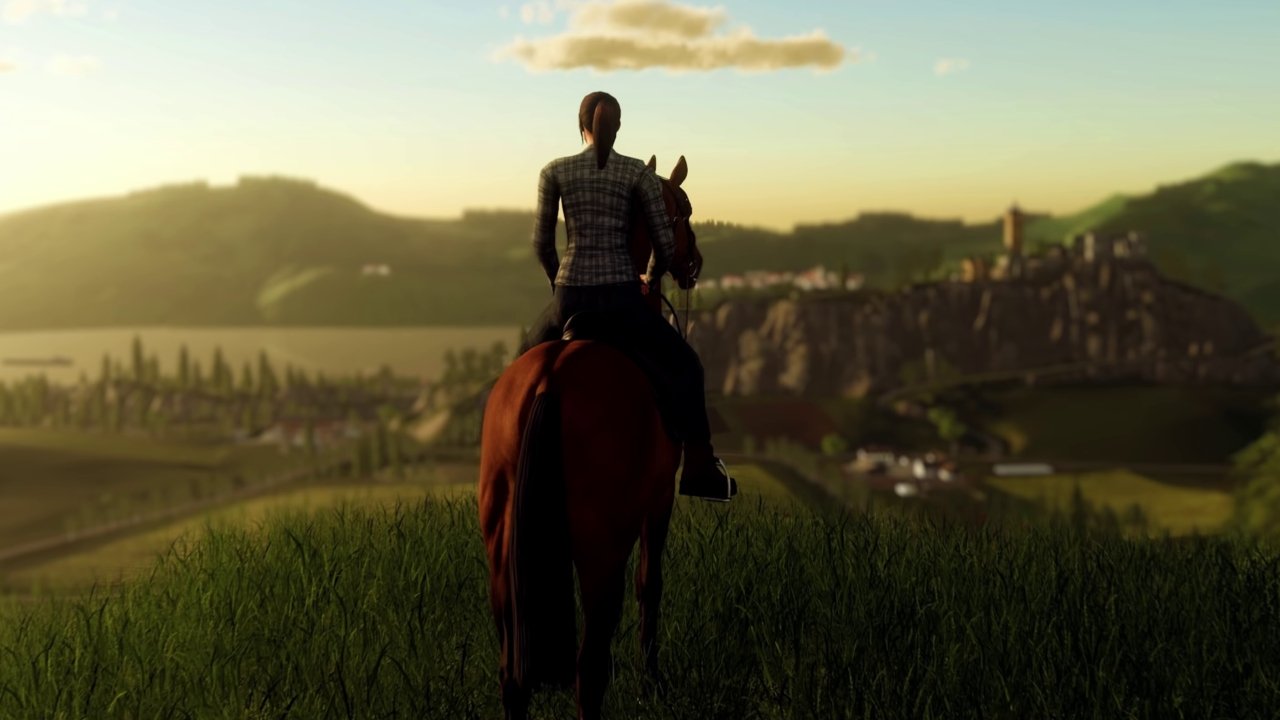 I am continually impressed by GIANTS’ ability to produce high quality trailers that are exciting for players old and new alike, and this one was no different. It left me incredibly excited for what’s to come, given all of the changes GIANTS has made to the new version. The gameplay videos gave a short, but very real taste of what Farming Simulator 19‘s finished build will look like, and I can’t wait to see what else will be shown in the lead-up to the November 20 release date. Be sure to stay tuned to Scholarly Gamers for more news as we inch closer to release!

Author’s note: I would like to extend my sincere congratulations to GIANTS Software for being awarded the title of “Best Simulation Game” at Gamescom as well as winning the PlayStation Experience award for Farming Simulator 19 – two well deserved honours!