More details on Farming Simulator 19 have been revealed, this time thanks to an article in German publication “Computer Bild”. The article reiterates a number of previously announced features, but also goes into greater detail about the game’s added system around horses, as well as provides additional insight into the presence of dogs and the enhanced character creator. Once the information was released by Computer Bild, GIANTS Software‘s Community Manager Lars Malcharek provided details on horse care and training in the developer’s Discord server for the game’s English-speaking audience:

“They start as bad horses. You can get up to 16 and they won’t breed. You need to feed them, you need to keep them clean and you need to ride them and they will basically level up if you do.”

Malcharek indicated that players will need to buy horses (they won’t breed, unlike other animals in the game), take care of their horses and train them for approximately 10 minutes per day. If the player follows these steps, the horses will increase in “rank” – and value – over time. The player can then sell their “5 star” horses for profit. It’s important to note that only the player will be able to train horses; a helper cannot be assigned to handle those duties.

The ability to add value to animals (without breeding them or selling their product) is a new concept for the game, and will add a new gameplay dynamic for players to explore. I would expect that, similar to the way in which other animals are cared for, horses will require a particular mix of feed to ensure they are happiest (oats and hay come to mind), however the addition of the requirement for daily training – and the ability to ride them freely – means that horses add a new twist to the existing systems players are used to. 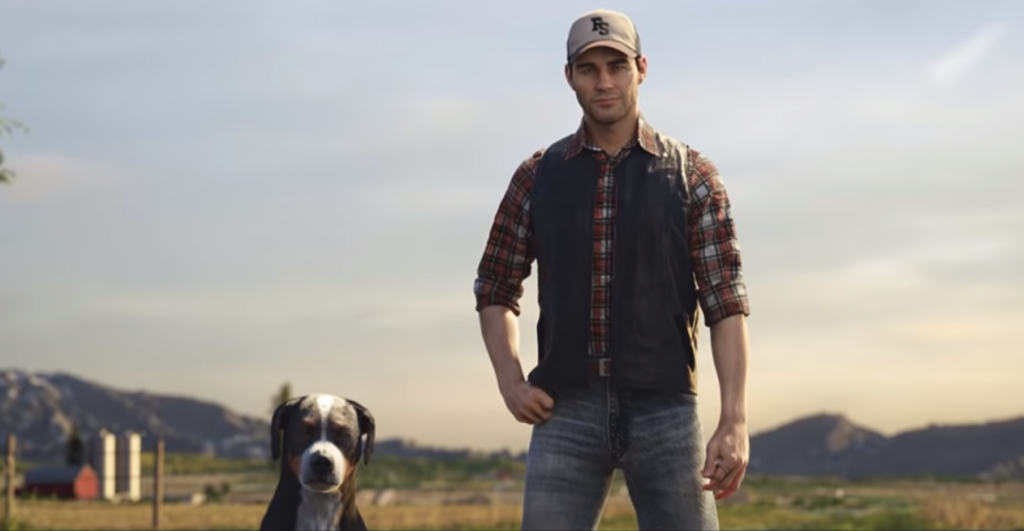 Malcharek also provided information regarding the dog that was shown in the two Computer-Generated Imagery trailers released earlier this year, stating that the dog is “just there for the atmosphere” and that it will do things like follow the player around the farm, bark, and come if called. This addition seems as though it will provide yet another realistic touch and make the game’s world feel more alive.

Computer Bild’s article also gave some information on Farming Simulator 19‘s character creation and customization, indicating that players will be able to choose from four different character models (for each men and women) and choose their character’s hair, hat, shirt, and even sunglasses. Some articles of clothing will even allow players to represent their favourite brand of equipment – previously, GIANTS had confirmed that branded hats would be available, and it is unclear in the article whether other branded items (such as shirts) will be available as well. 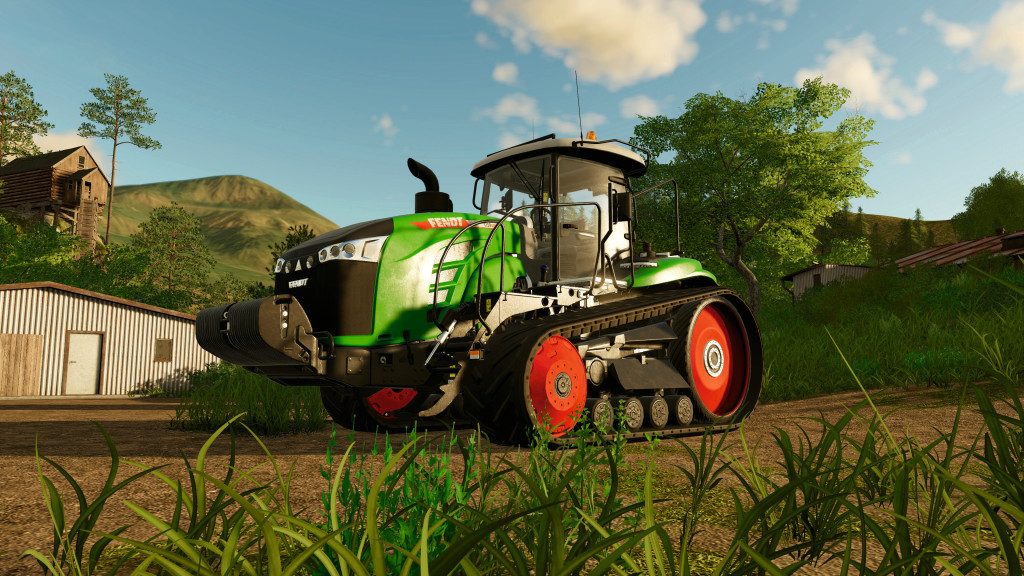 Finally, the article provided a quote from Thomas Frey, co-owner of GIANTS, indicating that Farming Simulator 19 will include between 300 and 350 vehicles and pieces of equipment spread across approximately 80 brands (for reference, Farming Simulator 17‘s base game released with approximately 250 vehicles and equipment, and over 75 licensed brands). A screenshot in the Computer Bild article (confirmed by Malcharek in GIANTS’ Discord server to be of Farming Simulator 19) showcases the Fendt 1100 MT, which we had previously only seen from a rear side view in the picture with the Elmer’s HaulMaster chaser bin.

A caption under a screenshot in Computer Bild’s article also confirms what had previously only been rumours – the trailer shown in the picture is a Wilson Pacesetter. The Pacesetter one of the most popular North American grain trailers for semi-trucks, with Wilson’s website touting the trailer as “The most preferred grain trailer in North America!” This is excellent news for players who have been looking for more North American-style equipment in the game. 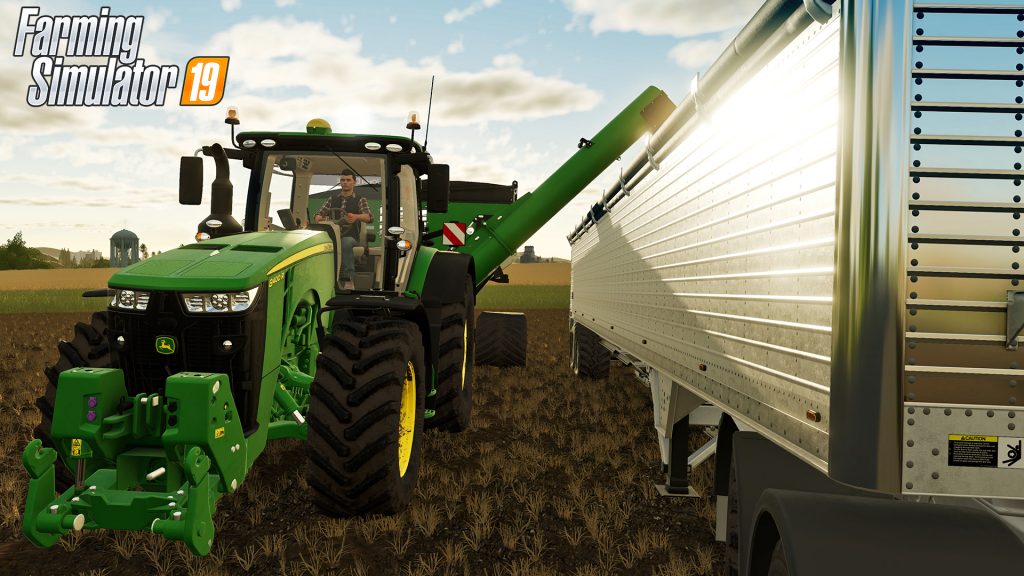 Farming Simulator 19 is due to be released on November 20, 2018. With GamesCom in Cologne, Germany right around the corner (August 21-25, 2018), we can be sure more information will come to light soon. In fact, Malcharek stated (in the GIANTS Discord server) that “There will be a trailer with in-game shots at GamesCom for sure”, and I’m sure fans of the series will be waiting for that trailer with bated breath.