With a surging demand for the recently-launched Nintendo Switch, it might be next to impossible to get your hands on one. If you’re a longtime fan, Nintendo just might hate you. Once again, the toy company is being impractical with their business model and either failing to predict how many copies of their system they need — which at this point in the game, is just bad planning — or they’re manipulating supply and demand with yet another console.

At this point, they might as well hold a contest for the few units they choose to release. They could drop participants at random on an undisclosed, abandoned island, just off the coast of Japan. Drop a bunch of classic Nintendo gear: Master Sword, throwable turnips, star power. And the last surviving participant would obtain the title of the glorious survivor and the ultimate Nintendo fan.

Nowadays, a Battle Royale-style lottery is more logical than how Nintendo treats its fans. 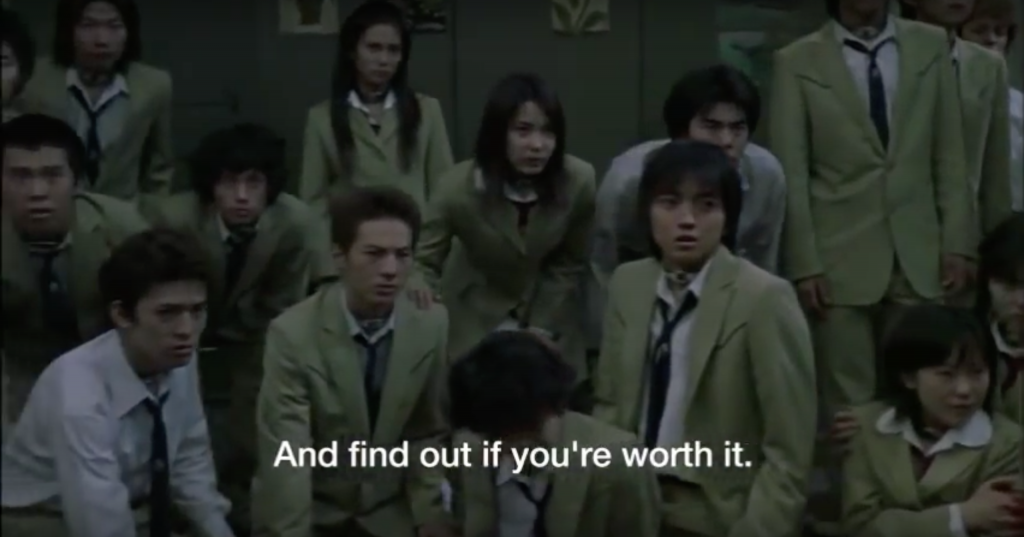 A history of scarcity

Nintendo has been facing problems with product scarcity for years. Last summer, they released the NES Classic Edition, which allowed people to play several classic Nintendo games. Or rather, it would have allowed people to, but it’s been sold out since it launched. The only way to acquire the NES Classic Edition is to pay at least three times its store price on eBay. Surely, duking it out on an island is cheaper at this point.

Nintendo’s scarcity has even extended to their Amiibo products, those lovable, small figurines based on their video game characters. The toys hearken back to Nintendo’s history as a toy company, and they also allow Nintendo to sell pay-to-play objects that players can scan into their games for access to additional content. It’s easy for fans to acquire a popular character like Link, Mario or Donkey Kong. But if they want something more obscure, like good old Captain Falcon from F-Zero? Nintendo only creates enough of these figures so that fans to know they exist, but never enough to where you can easily acquire them. Nintendo is the big tease that never delivers.

The rarity and popularity of some items seems to even be a reason Nintendo can use to jack up prices. Take the Charizard amiibo, for example. It can be scanned into Super Smash Bros. for Wii U, and this adorable, rampaging fire lizard currently sells for $35.99 CAN, direct from Nintendo — about half the price of a brand-new game.

Pick a more relevant and newsworthy character, like Breath of the Wild’s Link, and he’s selling for only $21.96 CAN.

Sadly, dangerous contests for out-of-stock Nintendo products have a history. This stretches back to the Wii launch in 2006, when a contest called “Hold Your Wee for a Wii” was held on an American radio show, the result of which caused a 28-year-old woman to die from water intoxication. The system would remain difficult to acquire, even into 2007.  I’ve found that Nintendo sometimes acts like they’re Bowser, their favorite company heel. Only instead of repetitively kidnapping Princess Peach, it holds its own products captive from desperate fans.

Is it any surprise that Nintendo is stuck with old, outdated tropes? Just like they’ve had generations to do something with Mario other than a cliché damsel-in-distress story, they’ve had more than a decade to fix their launch supply problems since the Wii showed unprecedented craze and subsequent shortage. This problem with scarcity — with creating a confusing supply and demand market — is just one of many problems with the 127-year-old company. Nintendo is already an island unto itself, perpetually out of reach from many of the fans that wish to visit.

One question remains: Why, Nintendo?

So why, Nintendo? Why do you do this? Why do you consistently release products without manufacturing enough to meet even your pre-order demand? Furthermore, why do you not even attempt to meet demand immediately after launch? It’s not like the supply-and-demand-based resale market(s) actually support the company — Nintendo receives nothing from the profits made by eBay resellers. After decades of being in the biz, you of all companies should understand how the market works.

The only thing this does is hurt fans and turn people away from buying your products. So what if Breath of the Wild has a Metascore of 97 and waves of super-positive reviews across a plethora of reputable sites? Everywhere I look online in Canada, the Switch is sold out — unless I want to pay $100 to $200 more than the $400 CAN price for the system on eBay.

As a kid, the first game I touched was Super Mario Bros., leaping on top of Goombas with those chunky, rectangular NES controllers. My love of shooters — and hate of “screen lookers”— grew through the pixelated halls of Goldeneye 007‘s Facility stage. On Gamecube, I realized I didn’t need friends and could spend my summers fighting bots and Master Hand in Super Smash Bros. Melee. My siblings and I even convinced my parents to hunt for a Wii several winter holidays in a row because it was a “healthy” system. We were almost defeated by the fact that we couldn’t find one in any physical store. We finally found one the following year, but even to this very day, the memories of our frustration in the pursuit of one far eclipses any recollections of having finally found one.

All Nintendo really wants to achieve is to do their own thing, but sometimes, what they want to do has nothing to do with what their consumers want. That’s caused me to pretty much abandon the very desire to own a Switch. Even if I could somehow find a place online with one available, I just can’t ethically buy into a company that maintains a history of dangling unattainable products in front of its eager fans.