Few games released today are maintaining the old JRPG standards. Forgoing long, complex stories and opting for new systems and better graphics. While innovation is almost never a bad thing for in the gaming industry, it is always nice to see games continue with the tried and true methods. Legend of Heroes: Trails of Cold Steel III does just that.

Trails of Cold Steel features a very intricate story centered around anime-stylized characters and a colorful game world, animated with a nice level of detail but nothing that was graphically ground-breaking. Character models and movement were smooth with no graphical errors encountered, and the lines of characters and set pieces maintaining a crisp feel. 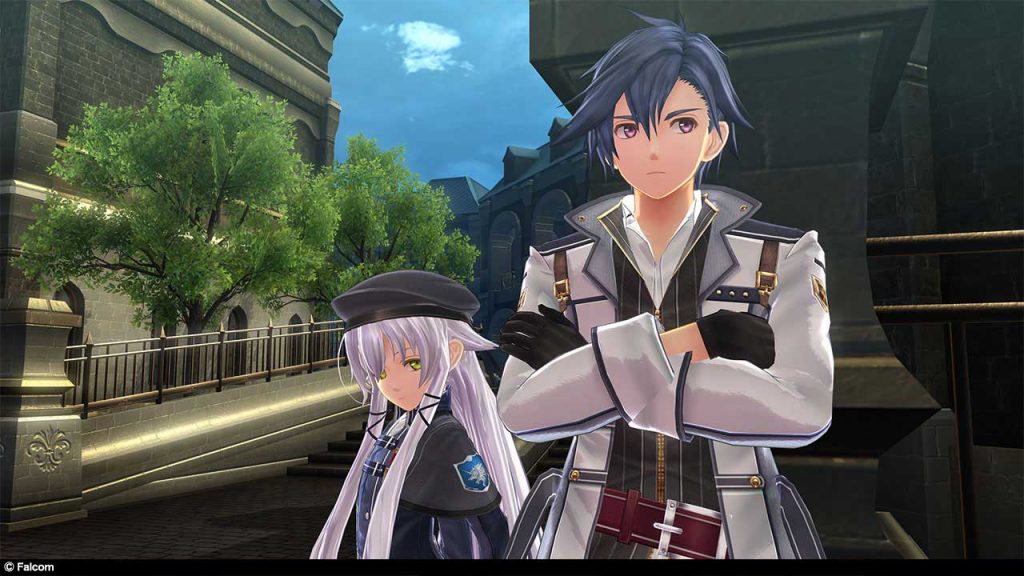 Following the story line of this game is no easy feat. Being the third game in a series, players are expected to know of past events as the game still follows the same main character. This leads to characters from past games showing up with no introduction other than a name, and tons of references to old events that lead to the current game. Thankfully, they included a backstory menu on the main menu of the game in which the player can read up on all the important plot points and characters from prior games before starting. These are just blocks of texts with some pictures of characters behind them for the most part, there is no narration to them either making it a bit of a chore to read though them all.

Many of the NPCs actually have developing story lines for themselves, while it is not bluntly obvious. As you talk to shop keeps and other random NPCs around the world you will notice that they will continue certain stories, or update the player on something that was spoken about last time. This was something that was in the prior titles as well, and it is a great feature but can be very time consuming to run around and speak with everyone in the game each chapter or so. The main story line is pretty solid, with some twists here and there that are vaguely foreshadowed by the use of pronouns. That is one of the issues this game has, pronouns. Quite often the characters are talking and describe objects or people with pronouns. So the player knows someone or something is about to show up, but not exactly what or who making the game a little predicable at points. 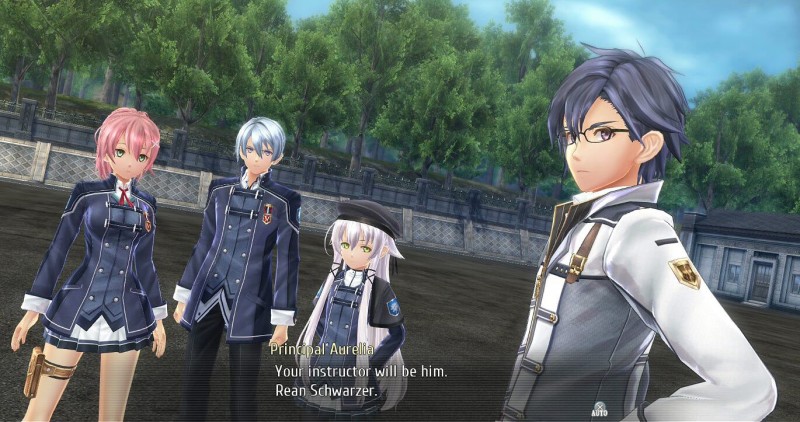 Movement through the world is a series of areas with loading screen between each, however none of the loading screens ever felt drawn out, so down time is minimal. The enemies show up on the map, as opposed to random encounters which made exploring the hostile fields feel a little more relaxed. The maps themselves are colorful and keep in line with the game’s anime aesthetic. Moderate level of detail but nothing over the top similar the character design, however still pleasing to look at for the many hours of game play required for completion. 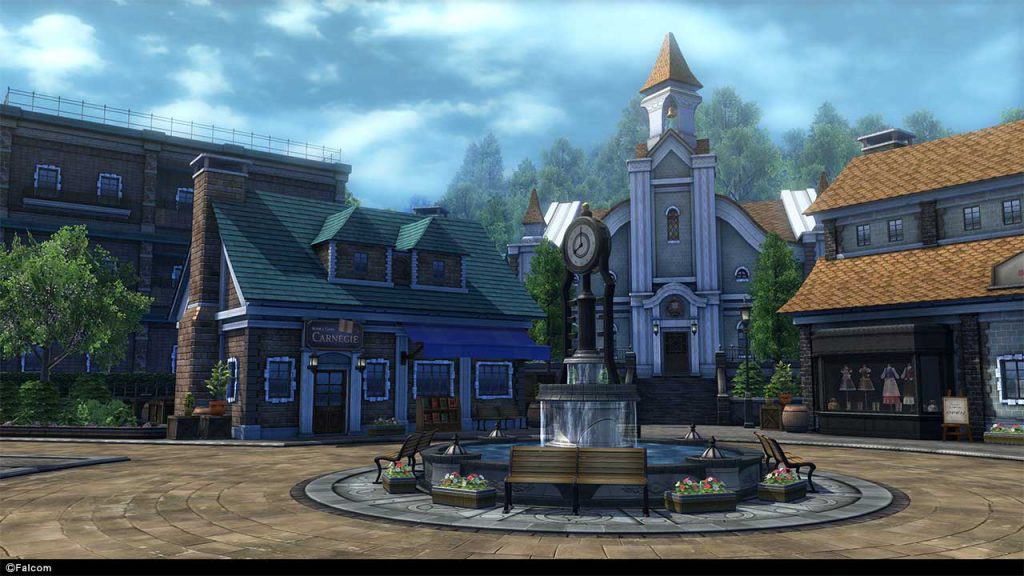 Party is controlled in the third person, with a rotating camera as well. The camera does not stay in position during movement, always opting back behind the party which made exploration a tad strange as the character had to be stopped to get a good look of the area.

In Trails of Cold Steel you can enter into battle in several different ways, depending on how you initiate combat. The party can either strike the enemy on the field, and if done from behind can gain advantage at the start of the fight, run directly into the enemy and start the fight on equal footing, or the enemy can attack from behind and get advantage instead of the party. There is also a special attack that can be used to start fights that will always give the party advantage, but it requires a resource gained from winning other fights and destroying objects in the field so it is not always available. 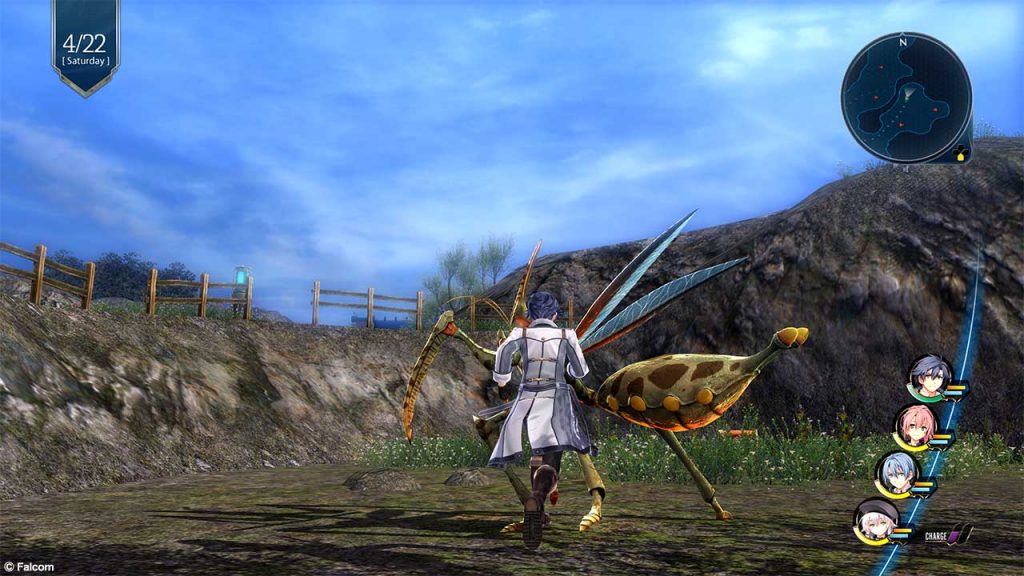 The actual combat is a spin on the traditional turn based style. While it maintains the turn based methods, it added the ability to move the party members on their turns instead of attacking. This means you can move an area of attack ability away from other members, or move them all directly out of the way. This is also used to move a party member closer that is targeted with a heal or status buff in order to affect more members. This additional movement-factor creates the ability to add extra strategy into the fights instead of just standing still in a single formation all the time. Movement of characters effects just about every aspect of battle. Characters cannot cast arts on party members or enemies outside the movement range without wasting a turn to move and then start channeling the spell. If the player tries to basic attack an enemy outside of the range will suffer the same fate. 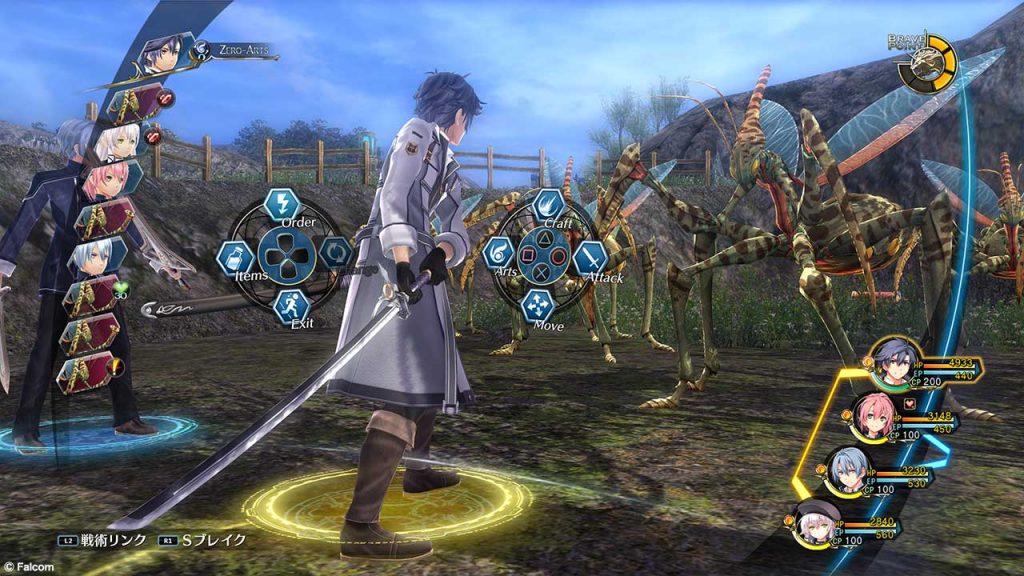 Overall, Legend of Heroes: Trails of Cold Steel III is a great game for the JRPG fans. With a nice smooth anime style world and character design, a nice spin on the turn based combat system, and deep story and lore to dig around and learn, the game is sure to keep players busy for hours.

A smooth anime world, with deep lore to explore and a nice spin to the turn based battle system. JRPG fans are sure to enjoy this game for hours.