Psyiko Shooting Stars Alpha and Bravo are both great collections of really fun arcade shoot ’em ups. They came literally out of nowhere and with little warning, but after spending some time with them I am glad that they are now part of my Switch library. I thoroughly enjoyed both of them, however they can get a little repetitive after a while. Each collection sports six different titles with a slew of options to make them even more enjoyable; never have these arcade hits been more accessible. 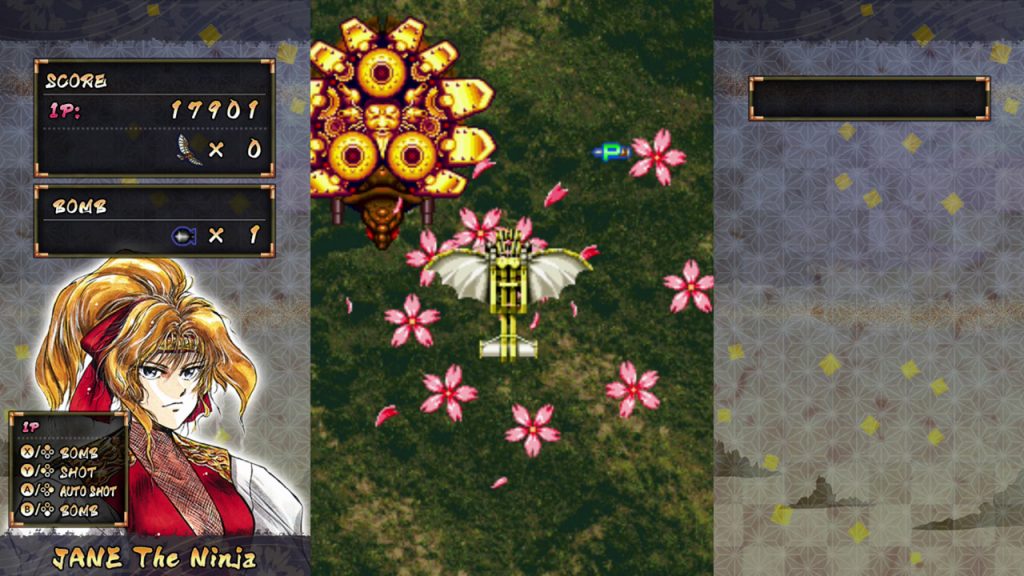 Psyiko Shooting Stars Alpha boasts the following classic arcade titles: Strikers 1945, Strikers 1945 2, Strikers 1999, Sol Divide, Dragon Blaze, and Zero Gunner 2. Six great titles, each with their own (rather simple) stories, and exciting gameplay. My personal favorite of the Alpha collection is Dragon Blaze. Most of them play the exact same, and some even share assets; In particular I noticed that most power-ups were the same graphic across games.

Psyiko Shooting Stars Bravo includes the following titles: Samurai Aces, Tengai, Sengoku Cannon, Gunbird, Gunbird 2, and Gunbarich. These play very similar to the Alpha collection, but it’s more shoot ’em up goodness to enjoy overall! My favorite of this bunch is Gunbird 2. It seems to be the highest quality title in Bravo.

As I mentioned, each title included in this collection plays more or less the same. Guide your character or vehicle through volleys of enemies and bullets while taking out as many of them as you can. Sometimes this is extremely difficult, as some enemies will simply fill the screen with bullets for you to dodge. And depending on the difficulty setting you chose, this can be a nightmare. After defeat, enemies occasionally drop power-ups or screen clearing bombs, both of which are extremely important to collect. If you take damage, you lose your power-ups and will have to collect more, however one is recycled each life and can immediately be picked back up when you respawn. When you run out of lives, it’s game over, but luckily you can choose how many lives you have in the Settings if you are looking to lower or increase the difficulty. 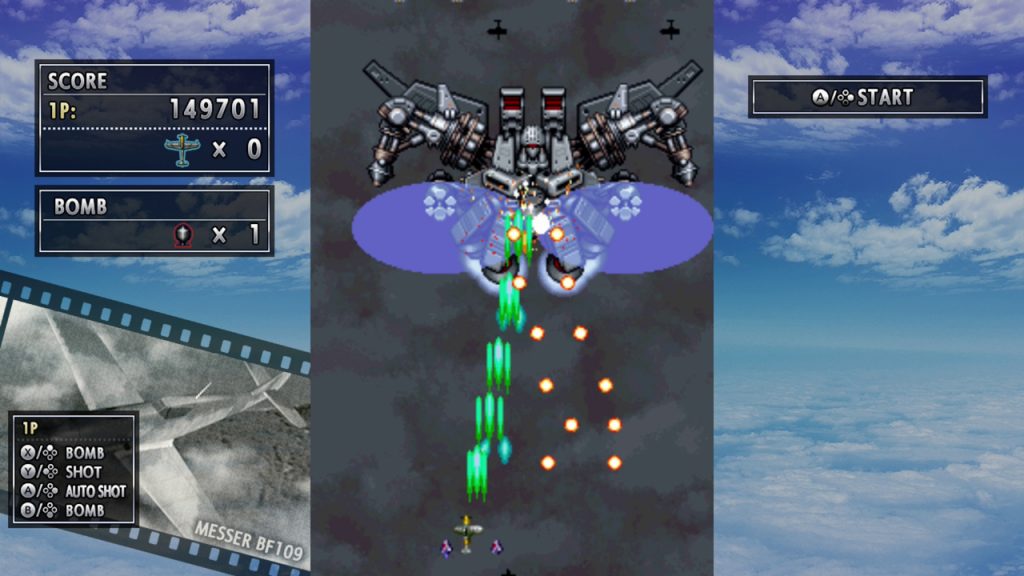 Originally, these games were very challenging, but these collections include a slew of accessible options to make things easier for casual players who just want to have a bit of fun. You can increase the amount of lives and continues you have, how many bombs you can hold, and the difficulty level itself. I tried most games on Normal, but those were still quite hard for me, so I finished a few of them on the “Monkey” difficulty, which is the lowest. Is that difficulty name a little bit insulting? Sure. But was the game still fun, even on “Monkey”? You bet!

Most of the games included in both collections have several characters to play as, each with slightly different stages, dialogue, and branching paths in some cases. This means replayability is fairly high, if you’re the kind of player who wants to see everything. I personally beat a few games (particularly Dragon Blaze and Gunbird 2) with every character because those titles were so much fun. 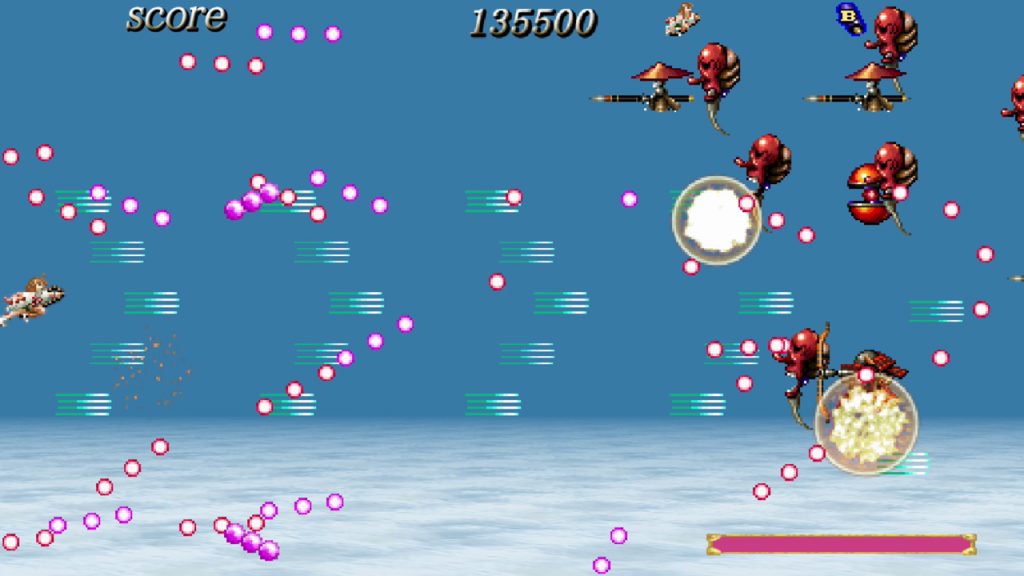 While every game in these collections are fun, they can be somewhat repetitive. For the most part, depending on your chosen difficulty, you just hold the shoot button and dodge enemy fire. Not many enemies take more than a single hit to defeat, so it’s very simple to plow through everything. On higher difficulties, they do take a bit more effort to destroy, but you’re still just holding the shoot button….just for longer. It’s also a very reflex-heavy game when it comes to dodging enemy fire, and sometimes the screen is FULL of bullets to dodge. But every single game in both collections is like this, so it can feel very same-y. I suggest playing in short bursts, or stick to one game until you beat it, then take a short break before returning for the next session.

Overall both Alpha and Bravo look and perform marvelously. I encountered no framerate issues, even when the screen was covered in enemies and bullets. Lives, score, and what not were usually displayed on the left side with some neat character art, while the right side was reserved for Player 2. Speaking of which, at any time you can have a friend hop in to join you in any game for some local co-op action! 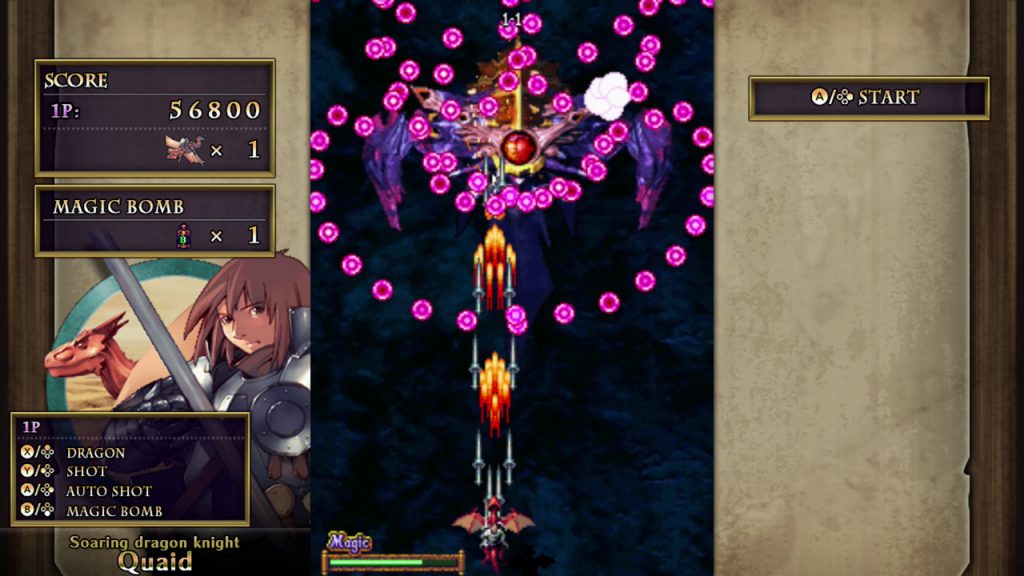 Both of the Psyiko Shooting Stars collections are well worth your time. They bring some classic arcade shoot ’em ups to the couch for some great co-op with your friends. I highly recommend at least one of them, especially if you are into this genre, as I now am after playing both of the collections.

Despite the repetative nature of these collections, Psyiko Shooting Stars offer some intense shoot ’em up gameplay that’s especially fun with friends in co-op.