The SaGa series has always been somewhat of an acquired taste. No matter your preferences, this really isn’t your typical RPG with any of the traditional mechanics, gimmicks, or progression systems. While each game in the series shares a few things, Scarlet Grace: Ambitions — the 12th game in the SaGa series — takes that division a bit further and does a few things much differently from previous iterations. After recently playing Romancing SaGa 3, going to Scarlet Grace: Ambitions was, to say the least, a little bit jarring. 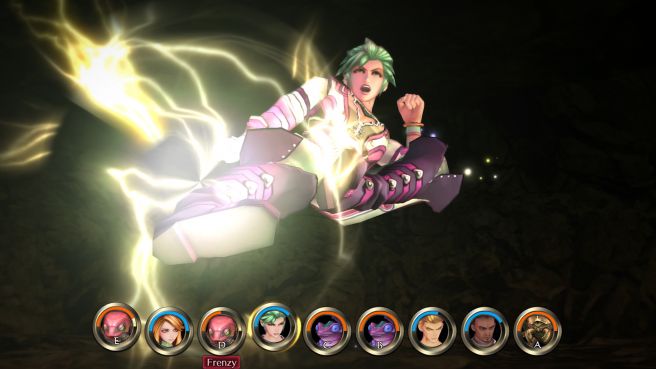 Scarlet Grace: Ambitions is actually an enhanced remaster of the original title released in Japan in 2018, and was finally brought to the West in December 2019. Being at least somewhat familiar with how these games work, it didn’t take too long for me to get used to how the game progressed and pushed you forward. Almost the entire game takes place in either a battle or on the 2D world map, where dynamic events occur that change the layout of locations as time progresses. Instead of random battles, you’ll see several “nodes” on the map which you can freely travel to in any order you choose. Some of these nodes are just battles, others are locations where events and dialogue take place. Note that there are no dungeons to explore, and the huge majority of the game takes places on static scenes with lots of dialogue.

While this approach can be a little off-putting, I quite enjoyed it. It cuts out a lot of fluff that some RPGs like to use to inflate the experience, so I can choose when and where to battle, or go straight to the story, whichever way I choose to progress it. Which brings us to another feature: you are given complete freedom on how to evolve the story. Depending on what pop-up style-esque nodes you visit on the hand-painted map, several events and scenarios will unfold, and the decisions you make during these can affect the narrative in a major way. 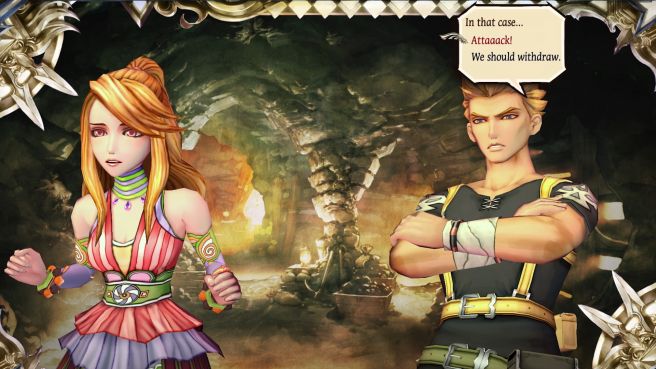 At the beginning of the game, you are given a sort of quiz to determine which of the playable characters you control through your adventure. I wound up with Urpina, who actually turned out to be pretty great as a starter character. But as you progress you are given the opportunity to recruit a larger number of characters to your party, each with their own playstyles, abilities, motivations, and goals. And of course, the signature progression system of the SaGa series is present here: when battles are won there is a random chance that each character’s stats and skill proficiencies will increase. A small detail I noticed was that each playable character has their own unique field and battle theme, which made the experience much more enjoyable and is sure to delight any VGM fans.

Combat is pretty straight-forward, but takes some time to master. Each turn you are given a set amount of BP — Battle Points — and each of your characters’ attacks and abilities cost a certain amount of BP. Basic, low power attacks will cost 1 BP, while more powerful, multi-hit attacks can cost anywhere from 2 to 6 BP. This lends an element of tactical planning and strategy to each battle, as you will need to think before allocating your BP to each character and their turn. If you spend up all your BP on your first few characters, the others will have nothing to do that turn. 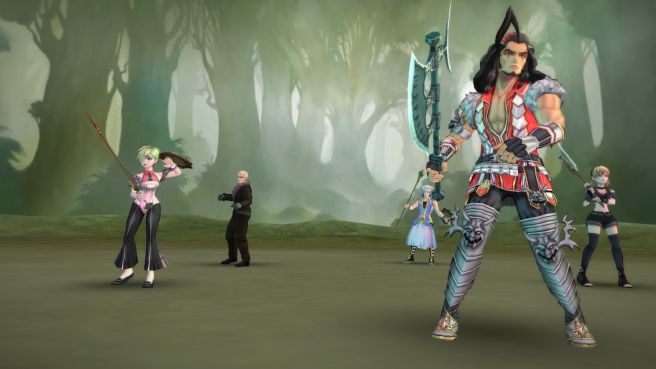 Another thing I absolutely loved about the battle system is that you are given ALL of the information. Turn order, what your enemies are going to do, who they are targetting, etc. This is very valuable and crucial information, and can really help you in planning how you want battles to unfold. Some actions can even alter or right out halt an enemy’s turn. If you see one enemy is getting ready for a big all-out attack, you could have your party target that enemy and hopefully defeat them before that attack is unleashed, averting what could have been a devastating blow to your group. This is just a basic, but frequent example you might see in several battles early on.

One other thing to note about battles is United Attacks. If you happen to take out an enemy and one of your party members is then moved next to another in the turn order, a United Attack will occur allowing them to attack together, causing big damage. If that eliminates the enemy and triggers another United Attack, a chain can occur which can make quick work of battles. These United Attacks are often a spectacle to watch and very satisfying to pull-off, not to mention very powerful. They also allow participants to act at a lower cost on their next turn. The key to dealing lots of damage is to utilize the information given to you in battle to trigger these attacks, winning battles much more easily. Be cautious though, this technique is also available to your enemies! 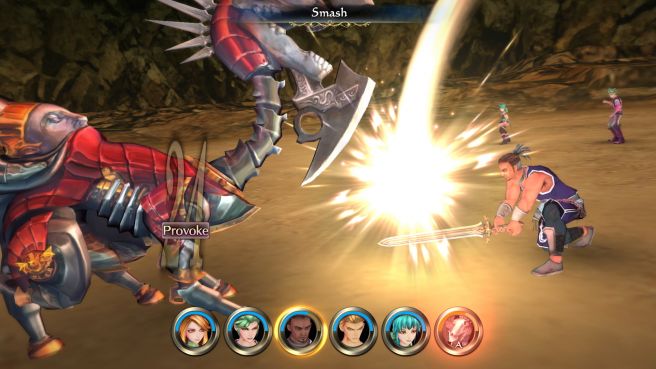 If you’ve enjoyed any of the previous SaGa games, you’ll most likely enjoy this one as well. Its minimalist, streamlined approach to battles and exploration will most likely enhance your enjoyment, since these games tend to be a bit grind-heavy. I still stand by my statement that these games are an acquired taste, so if you’re new to the series give it some time before you make any final judgements.

An enhanced remaster finally making its way to the west, Scarlet Grace: Ambitions is a niche but enjoyable adventure that fans of the SaGa series should not pass up.