Star Ocean has always been a favorite series of mine. Till The End of Time (Star Ocean 3) was a major title in the Playstation 2 era that I sank a lot of time into, with absolutely zero regrets. The mixture of science fiction elements and setting with fantasy is something that this series excels at, and there doesn’t seem to be too much of this particular sub-genre remaining these days.

When I heard that the first entry in the series was getting yet another remake and coming to both Playstation 4 and Nintendo Switch, I jumped at the chance to play this title because I never had the opportunity to experience it previously. The majority of my Star Ocean experience was with Star Ocean: Till The End Of Time and Star Ocean: The Last Hope. I’m eager to see where it all started, so let’s set sail into the titular ocean and find out what it’s all about! 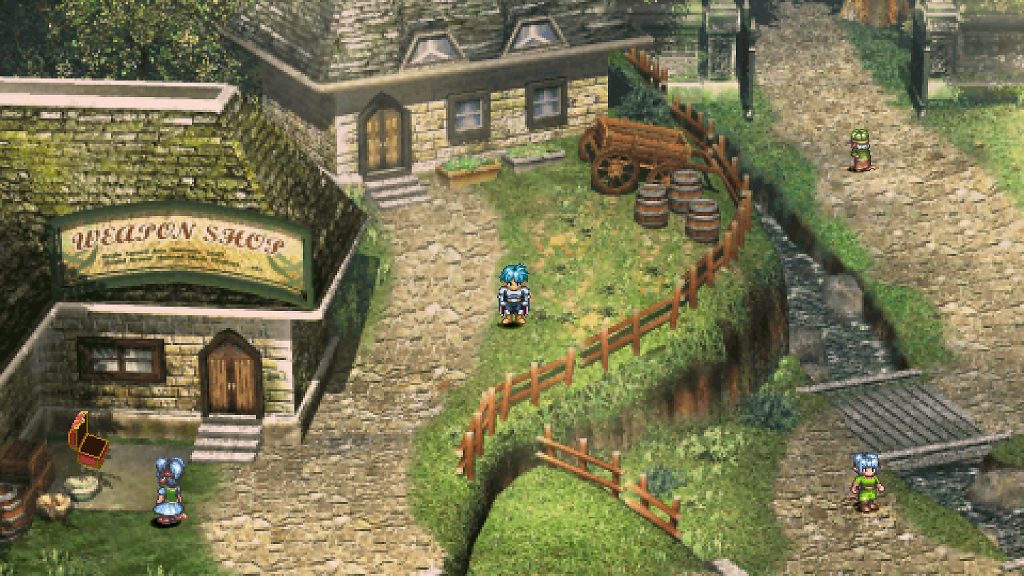 Star Ocean was first released in Japan for the Super Famicom in 1996. We wouldn’t get this game in the west until Star Ocean: First Departure, a Playstation Portable remake of the Super Famicom version in 2007. This new version features a slew of improvements, quality of life changes, and adjusted battle mechanics for a more balanced experience. Dare I say this is the definitive way to play Star Ocean for someone looking to explore the roots of the series. Star Ocean’s combination of science fiction and fantasy really shows in the story,  being heavily rooted equally in the two genres.

The game begins on the planet Roak, where our three young protagonists Roddick, Millie, and Dorne spend their days as the village defense force. One day, the village elder receives a letter from a nearby village asking for medical assistance dealing with a new disease, after which Millie’s father (who is the town Healer) volunteers to go on their behalf to render aid. Several days pass before a carrier pigeon brings news that the disease turns all affected into stone in just a few hours, and warns that no one go near the town for fear of the disease spreading. The letter was written by Millie’s father, who goes on to explain that he has contracted the disease. Upon learning this news, Millie rushes over to the village to try to help her father, only for him to beg Roddick and Dorne to take her home…and to forget about him, as there is nothing that can be done.

However there is word around the village about an herb that grows at the peak of the nearby Mt Metorx, which is said to cure most any ailment. With hope in their hearts, Roddick and friends set off for Mt Metorx to collect the herbs. Along the way, Dorne reveals that he has also contracted the disease, possibly from the carrier pigeon that brought the message to their village. He had not yet started to turn into stone, so the trio continue onward to Mt Metorx’s peak. Upon reaching the herbs a flash of light appears before them, as two figure materialize before their eyes. Ronyx J. Kenny, captain of the Starship Calnus, and his right hand, Ilia SIlvestri, introduce themselves and explain that they are here to help the people of planet Roak, as another group called the Lezonians have fired a biological weapon onto Roak, which is the mysterious disease. Ronyx explains that they may have a chance to save planet Roak if Roddick and his friends come with him aboard the Calnus, which ultimately results in a sprawling adventure across time and space. I don’t want to spoil anything, so we’ll just leave it right there. 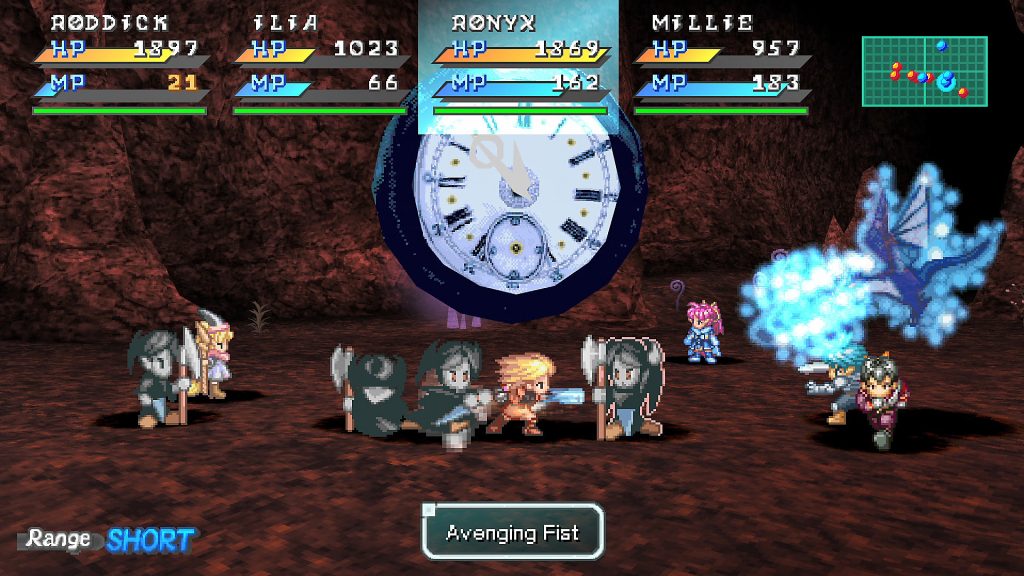 Not much has been changed with regards to the actual gameplay in this version. You control Roddick and his party throughout the adventure, physically guiding them in and out of battle. The majority of your time will be spent in a panoramic side-view in the many battles you will be fighting to progress and improve your party. You control one character at a time while the AI controls the rest, but you can setup how the AI handles your party in the main menu by setting them to be varying degrees of offensive or more defensive/supportive. Different skills and attacks can be performed depending on your range from enemies (short or long), and you can freely move your character around the battlefield to setup your attacks or coordinate with your AI controlled allies.

The important thing to note about Star Ocean: First Departure R is that it isn’t necessarily a remaster. It’s more of an enhanced port, featuring a lot of new content, changes, balance adjustments, options, and more. Think of it as a tidying up of an old classic, polished and spruced up to improve the experience for older and new fans alike. 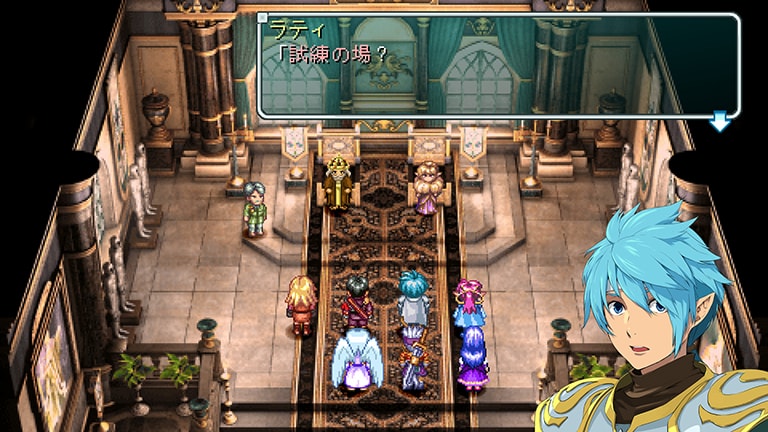 For the first time, all major characters are voiced in English and Japanese, with 2 different options for Japanese voices. Roughly 90% of all major dialogue in the game is fully voiced, with fantastic voice talents lended by actors such as Yuri Lowenthal. The art has also been upgraded, with all new character portraits and designs. However, you can freely swap between the older art and the new art at anytime in the options menu. Personally I love the new art; it’s a more refined interpretation of classic characters, done in a more modern style. However the in-game character sprites match the older art, not the new. This isn’t a huge deal though, as the sprites look beautiful and are animated very well in classic 90’s RPG fashion.

Included in this version is the option to turn the game’s speed up a notch to make travelling a bit faster. This isn’t an overly huge change, but it’s appreciated for what it is, especially when you find yourself travelling between locations a lot to farm experience points or for doing quests. The world map is quite large, so speeding up travel time is a boon to get back to the story and finishing content faster. 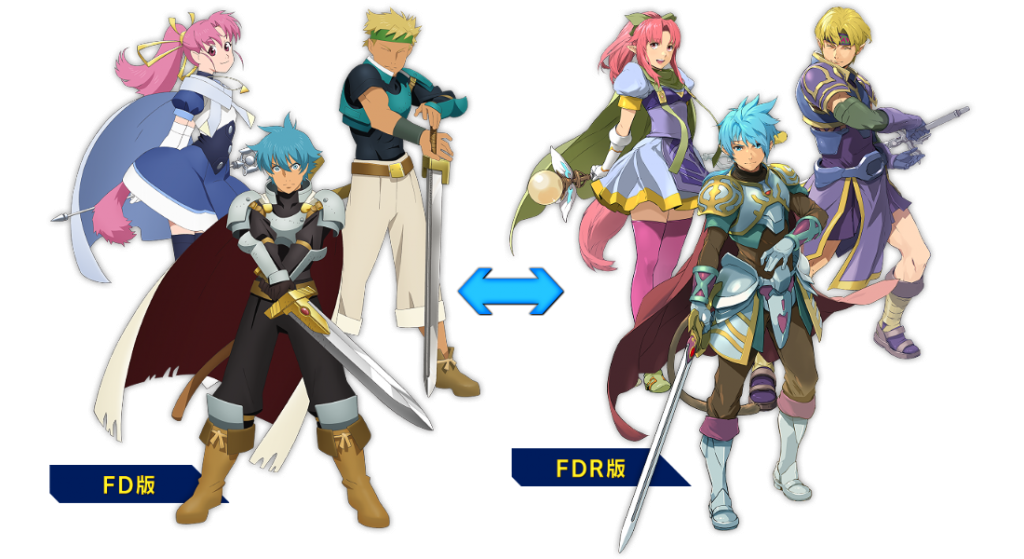 The game runs marvelously on the Switch, nearly cutting the PSP version’s load times out entirely. I can’t speak for the PS4 version, but I imagine it’s much the same performance-wise. Framerate is smooth throughout, and the overall detail to the varying environments is very good. You can definitely see the touch-ups given in several areas, if you look at the older versions for comparison. Even so, the graphics are very nostalgic, calling back to the SNES and Playstation era of RPGs that made the genre stand out as a medium for grand storytelling.

Overall Star Ocean: First Departure R is a fantastic RPG that you would be crazy to miss. Being available on the Playstation 4 and the Nintendo Switch makes it fairly accessible, and for the pricetag of $20.99 USD, the cost of entry is much lower than most newer games upon their release. In this package you get dozens of hours of story, great characters, and fun battles…everything that RPG fans enjoy. The only downside to this release is that it is digital only. As of now, there is no physical release or official announcement to create a physical version. Perhaps if it does well enough we may see one in the future.

The definitive way to play Star Ocean, with tons of enhancements to make this classic title even more enjoyable. An adventure that tells a grand story across space and time that any RPG fan should be proud to have in their collection.