Sir Daniel Fortesque is back, and while he’s never looked so good his old bones are starting to show some wear.

The team at Other Ocean has attempted to walk that deceptively tricky line, with one foot out of the grave — so to speak — and the other planted firmly in 1998. MediEvil has been completely and faithfully rebuilt from six feet under the ground up, from the level design and soundtrack, to every gameplay system; including the combat system that we all grappled with two decades ago.

For the most part it works, and MediEvil 2019 is a lively presentation of some old bones, with the development team having went to some great lengths to give fans a faithful recreation of an iconic franchise. That being said, it’s hard not to be left with a feeling of being stuck in the past, which in essence is our own experience of the past twenty years of gaming reminding us of the advancements that have been made since MediEvil was first released. 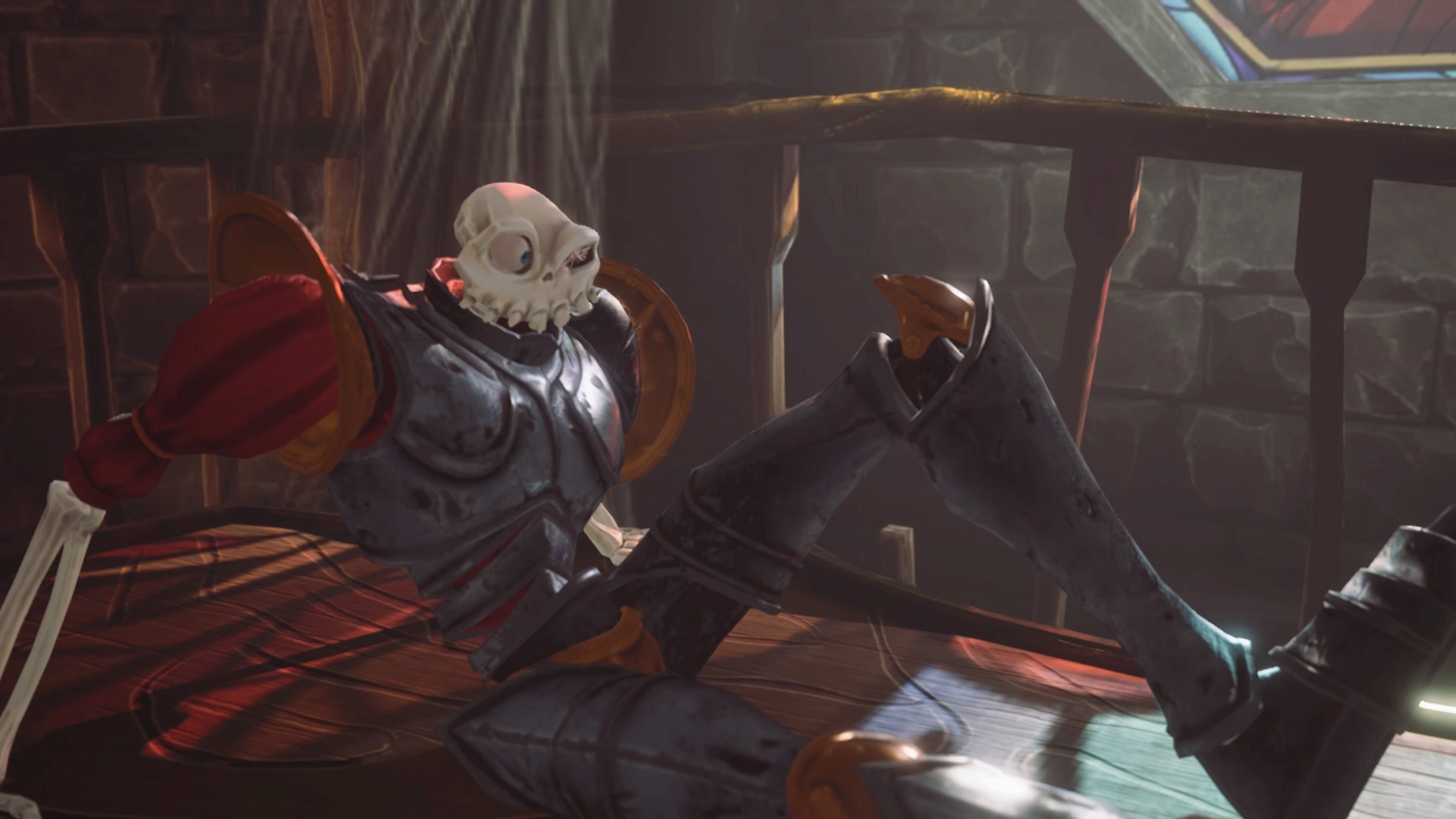 I was wary walking into the MediEvil remake, as the original game was something that I had cherished my time with as a child. I never actually owned a copy of MediEvil as a kid, but I was lucky enough to have a friend who let me play every time that I went over to his house. I can still remember sitting cross-legged on the floor in front of the TV so that we had the best possible view as we carved our way through legions of undead.

Admittedly, it’s likely been around two decades since I last carved my way through Gallowmere, but as I make my way through the campaign of the remake so many things are jumping back out at me. While there is no doubt that a fresh coat of paint has been slapped onto MediEvil and all of the nuts and bolts have been tightened, as a whole it functions very similarly to how it played in 1998. For better and for worst. 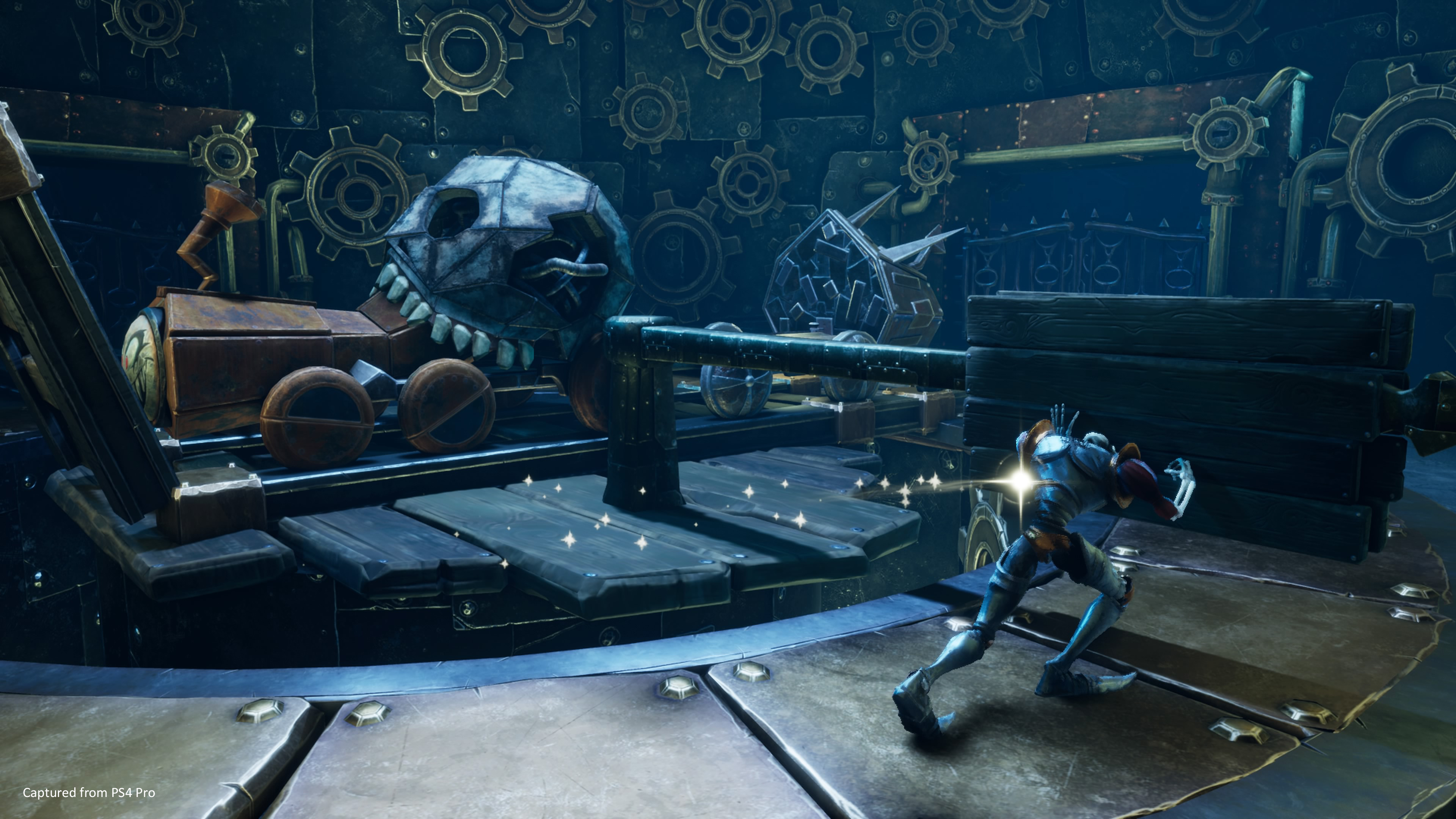 MediEvil is a classic action-adventure game, which many of us nowadays may refer to as a “hack-and-slash.” It features a level-based format, typically culminating in a boss fight at the end, with areas separated up by a world map linking them all together. There is a sense of open-worldness, not in the traditional sense, but one that still allows you to re-traverse areas to find collectibles you may have missed. All of this is linked together by a small little hub called the Hall of Heroes, which allows you to shop for ammunition and turn in hard-earned collectible Chalices in return for advanced weaponry from your fallen comrades. 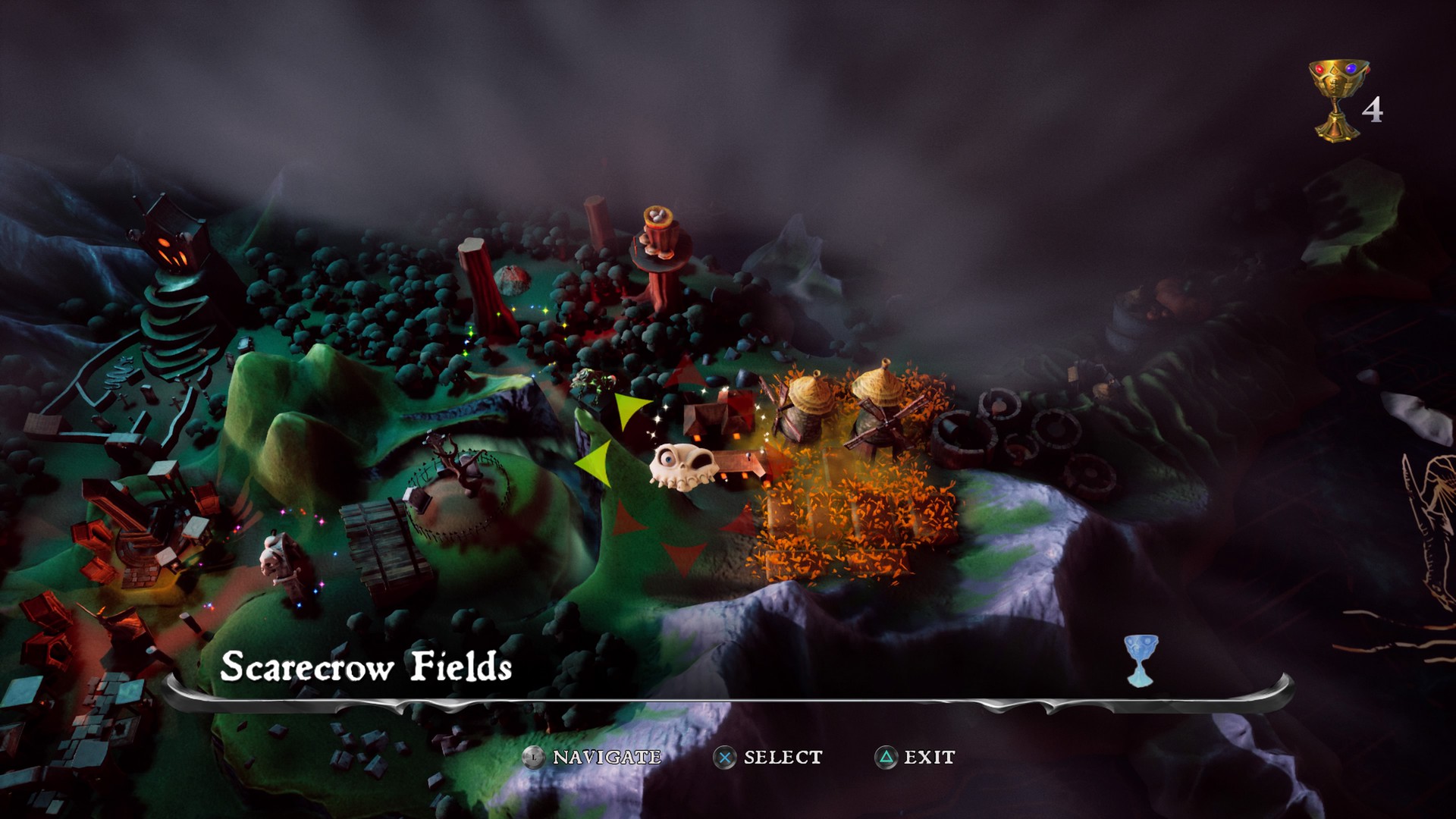 It’s a classic formula, because it’s one that works so well. And not surprisingly, it transitions into 2019 smoothly apart from a few areas where its age shows a little more. Combat is relatively simple, and the developers have been kind enough to offer both a ‘Modern’ and ‘Classic’ control scheme for players who really want to throw it back, although there are minimal differences between the two.

You have a main attack and a secondary attack depending on which weapons you currently have equipped to those slots, which allows you to switch up your combat style on the fly. There are several one-handed melee weapons — including Sir Dan’s own left arm if you run out of options — each of which function similarly, and a number of ranged weapons which allow you to lob everything from daggers and arrows, to chicken drumsticks at your quarry. Many weapons can be charged up for a special attack, but in most cases these special weapons have to be unlocked through the Hall of Heroes, and only after finding the prerequisite number of Chalices. 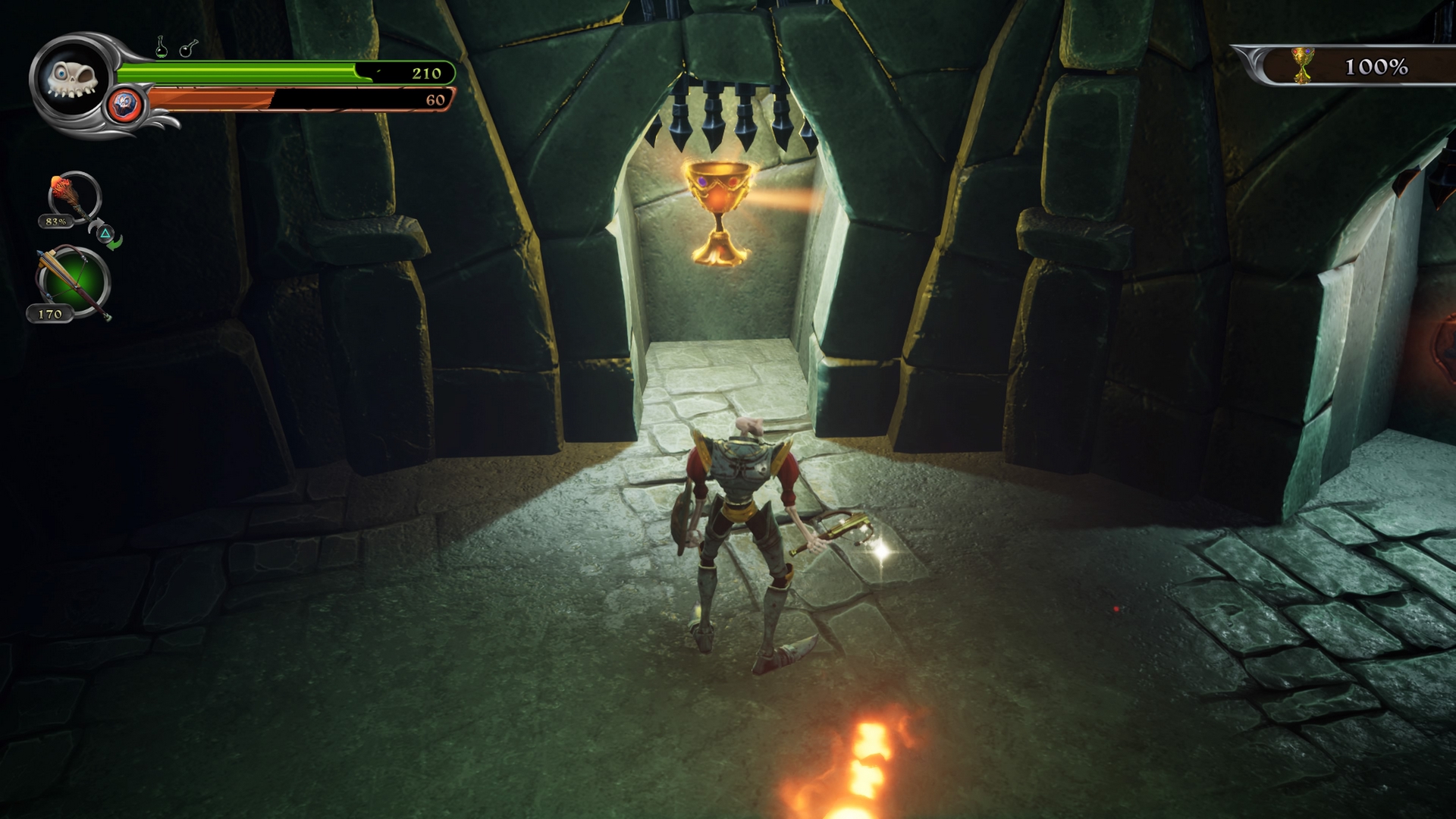 The controls are not bad by any means; they can just feel dated at this juncture, especially if you haven’t played a classic action game in a while. You really have to put yourself in that 1998 mindset to truly get the most out of the gameplay, and when I shook off the mental shackles of the combat systems I’d become accustomed to and threw myself back, I was able to truly appreciate the game for what it was, and what it was reviving; instead of being trapped in misconceptions of what I felt a control scheme “should be.”

For this reason alone, I feel like MediEvil will have a harder time attracting players to Gallowmere who haven’t had the pleasure of undead service before. Older gamers who have played not just the MediEvil series, but other classics from the PlayStation 1-era, will find themselves right at home with not just the control scheme and gameplay, but with the classic area-based world containing a wealth of puzzles to solve and collectibles to obtain. 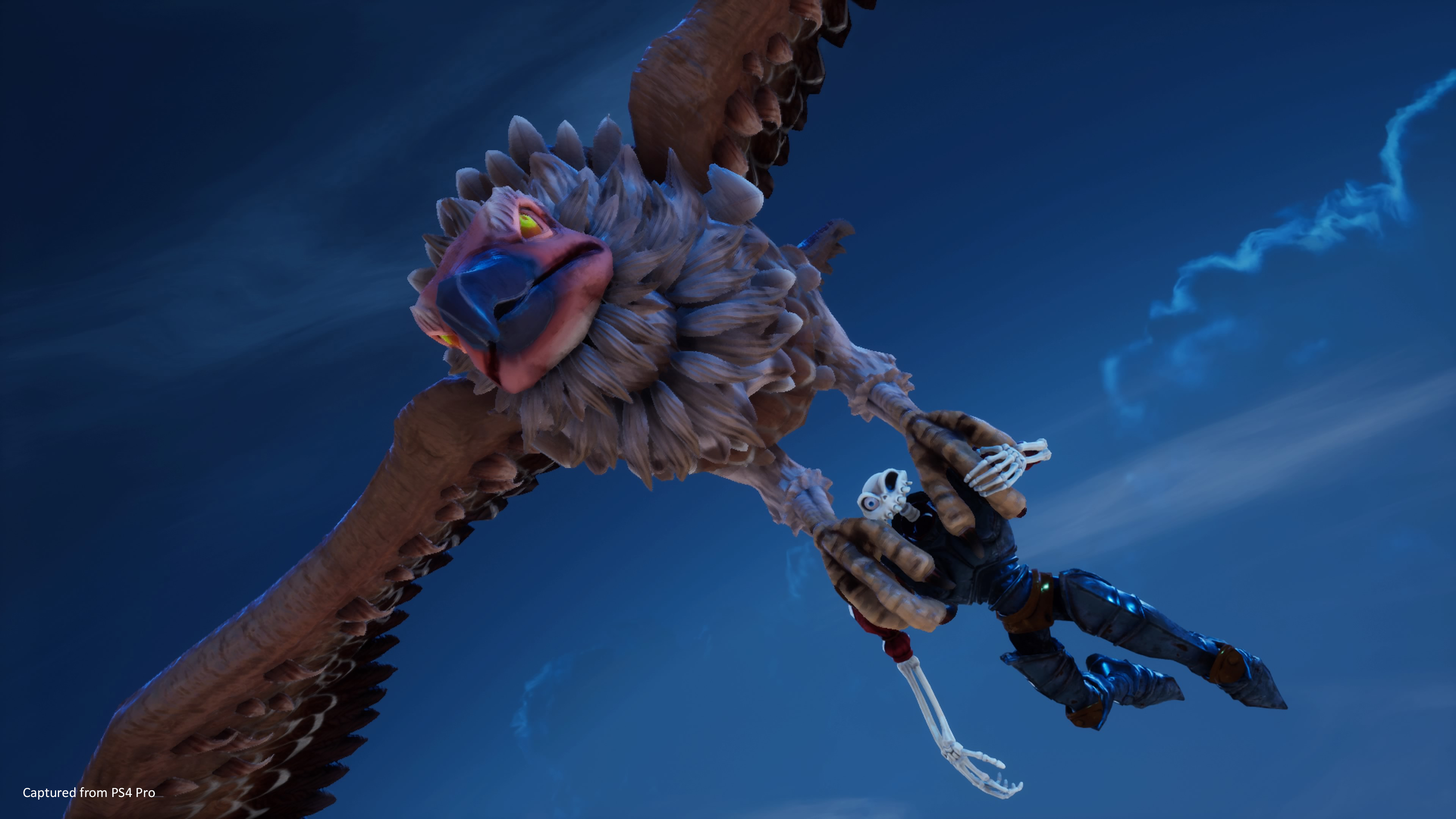 The juxtaposition between new and old is a really hard balance to nail perfectly, and even though I found myself occasionally annoyed at the lack of some more 21st Century advancements to the control scheme, MediEvil is still arguably one of the best remakes that I’ve played in recent years. This is chiefly because it manages to capture that perfect balance between nostalgia and innovation, knowing where to make advancements and where to hold true to classic values.

Admittedly there were a few points where I was almost wishing for a new inclusion to the game’s control system — perhaps a dodge in addition to the strafe — but I knew that ultimately this would have thrown off that delicate balance which is predicated on the game remaining as true-to-form as possible. A balance which includes some wonderfully remastered puzzles that form part of the essence of the game, such as the delightfully confusing Asylum Grounds, which includes a five-part puzzle none of which I remembered from my youth. 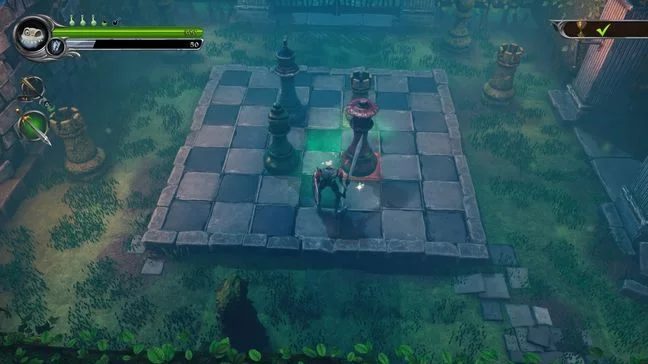 The level-design and classical “open-world” are something that I’ve sorely missed in games, and it really presents players with a different type of freedom than many would be used to nowadays. You are free to traverse through any region of the map that you’ve unlocked, and often this is something that you’ll want to do so that you can search for hidden collectibles, or kill enough enemies to unlock a level’s Chalice of Souls. Each area has a theme to it as well, and the team at Other Ocean has done a fantastic job bringing these environments to life in the new release.

Chalices are an integral part of the game, and are the type of collectible where you don’t have to be a hardcore completionist to appreciate; every player will want to seek out these precious items. Collecting Chalices forms such a crucial part of Sir Dan’s journey because you can turn them in to your former friends at the Hall of Heroes in exchange for some new equipment and weaponry, all of which are exceptionally helpful in your trials. It is even said that great riches await any who can find every Chalice of Souls in Gallowmere. 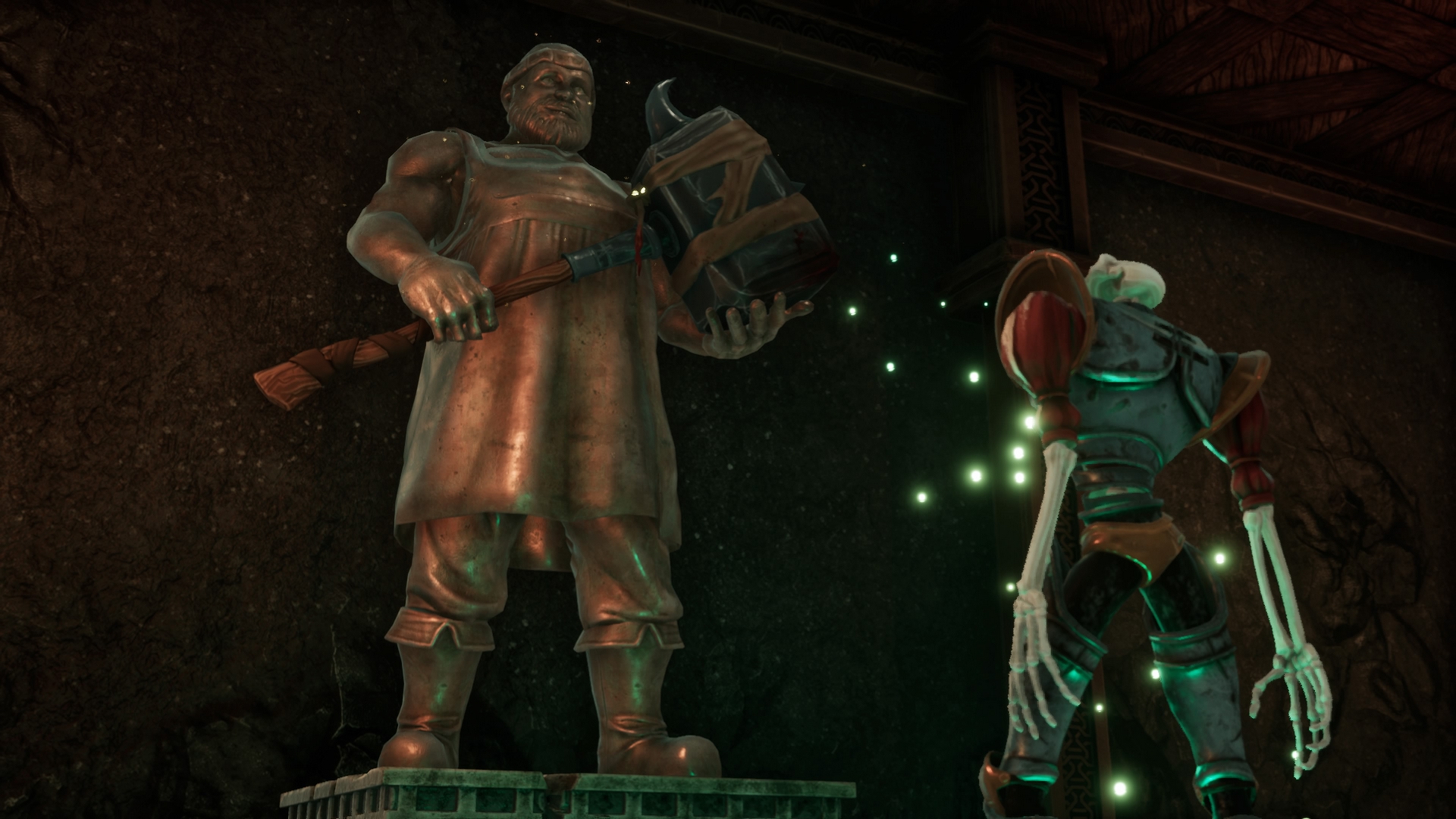 And help you they most certainly will, as some items (such as the early-game crossbow) are absolutely integral for hitting boss weak points and giving your character a versatility in combat that helps to keep the relative simplicity of the control scheme feeling fresh. You can switch up from any of your collected weapons on the fly, instead of having to worry about inventory management or going back to the Hall of Heroes.

Every single boss fight has been faithfully and fantastically recreated, and there was even an instance that I immediately remembered — even though it had been twenty years — the secret to beating the Stained Glass Gargoyle; likely because I’d done it half a dozen times as a kid. Every single boss fight is an absolute delight, and arguably the high point of the game. Fighting your way through extremely difficult areas, such my absolute favorite level Pumpkin Gorge, which culminates in Sir Dan trying to carve up the Pumpkin King. 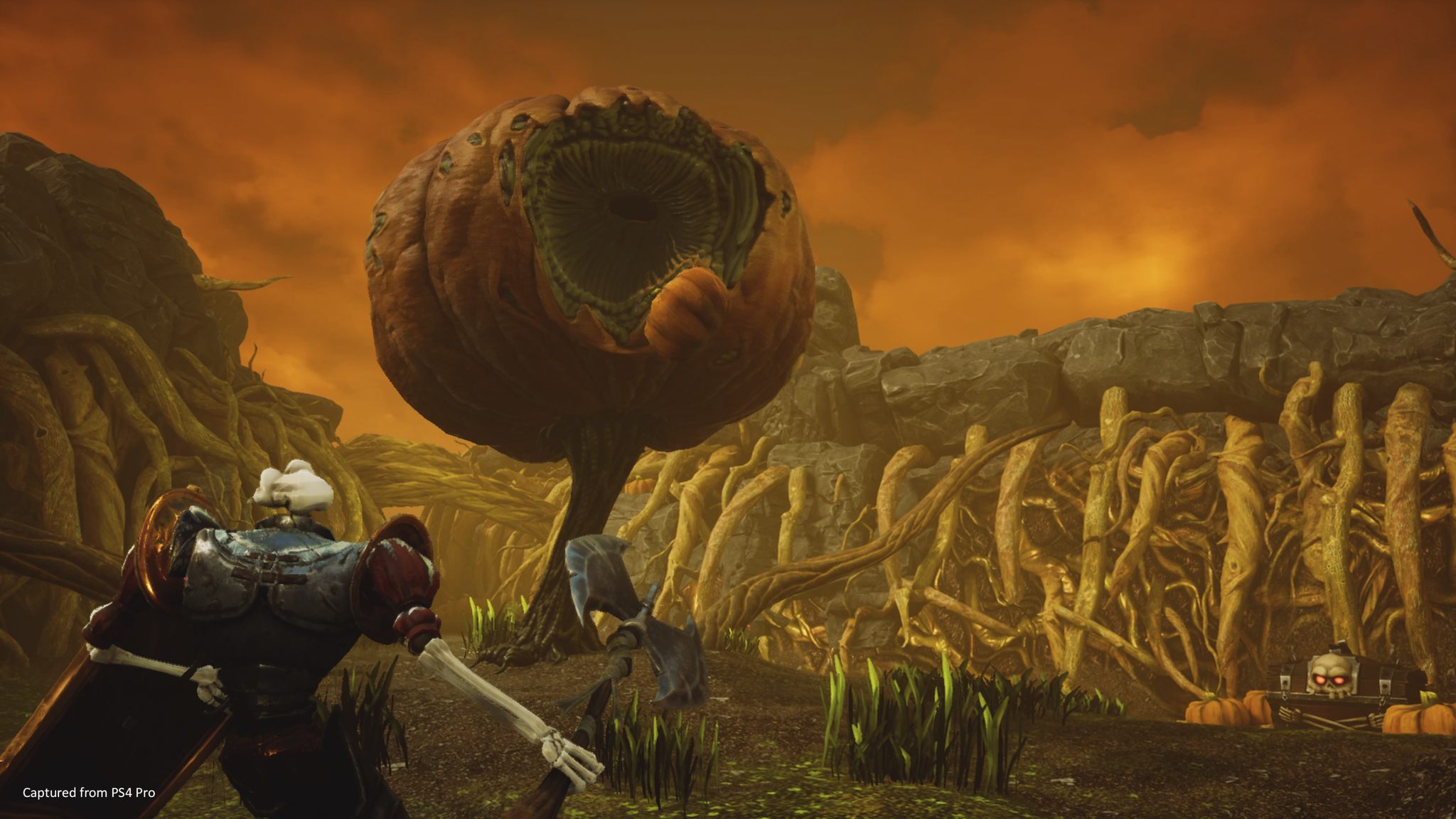 Even though in many ways it plays and feels like a PlayStation 1-era game, there has been a wealth of work done to bring MediEvil into the 21st century without losing the nostalgic charm that we were all looking for in the remake. It’s hard to quite put my finger on it, but it still feels like there is something missing in the package to really make Fortesque’s old bones truly shine, but overall I had a fun time carving my way through Zarok’s armies of undead.

While it may not raise any new fans from the grave, I would heartily recommend MediEvil to anyone to played the original trilogy, or even just gamers looking tor recapture a more classic essence in their action-adventure gaming.

MediEvil recaptures the charm of the original game, but with a heavy dose of nostalgia come the systemic reminders of an era we left behind.

Ambition: A Minuet in Power Seeks to Overthrow the Genre

Capcom Live and the Magic of Video Game Concerts

The Last Of Us Part II Review