Bloodstained: Ritual of the Night Review

With over 64,900 backers and over $5.5 million raised, Bloodstained: Ritual of the Night was perhaps one of the most anticipated Kickstarter projects in recent years. Originally conceived in May 2015, Bloodstained: Ritual of the Night is the latest game created by the famed developer of the Castlevania series, Koji Igarashi. Simply known as Iga by the community, Iga has been a big influence in the development and direction of the Castlevania series, and by extension most any game in the larger Metroidvania genre for many years. Bloodstained has some very obvious cues from Iga’s past work, most notably borrowing many of the themes and mechanics from past games and melding them together to create a highly enjoyable experience. With it releasing on every major platform this generation, does it measure up to the extremely high expectations placed upon it by fans? 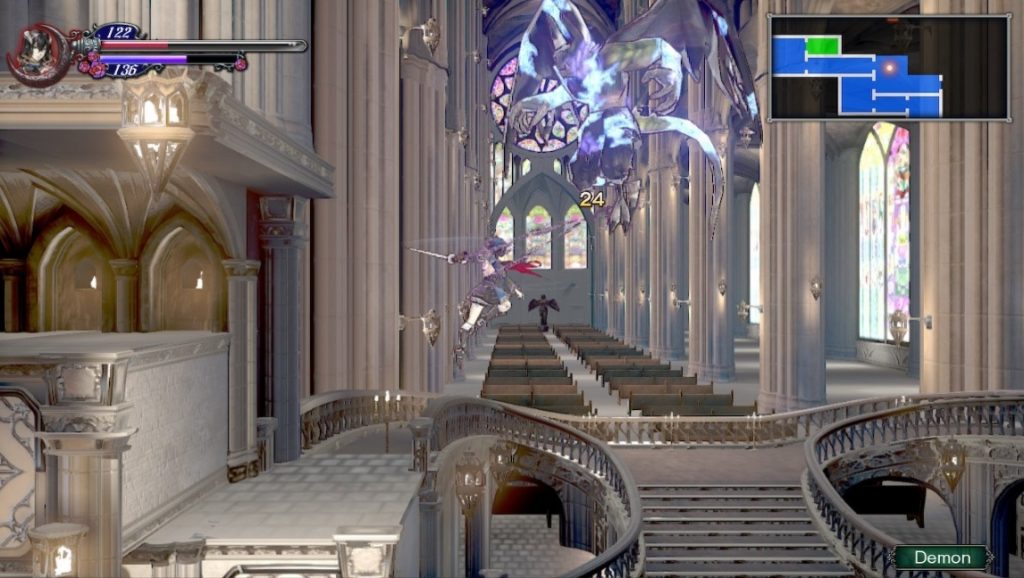 Bloodstained is a platforming hack n’ slash RPG, a member of what is commonly known as the Metroidvania genre. What this essentially means is that you will progress through different areas of the game by collecting new abilities and items, all while battling monsters, leveling up, and managing a wealth of items, spells, and equipment. And there are PLENTY of items and spells to collect from the plethora of fallen foes.

Each foe has a set list of items that they can drop in addition to a specific spell, which in this game is called a shard. Shards are the backbone of Bloodstained, and offer up a huge variety of abilities, passive buffs, and tide-turning skills. The player character, Miriam, can utilize shards to aid her in the exploration of the mysterious castle which the antagonist, Gebel, is located within.

Some shards simply allow you to throw fireballs, lightning bolts, and ice crystals, while others will allow you to summon familiars, traverse different terrains, and even jump again in mid-air. You can have up to 5 different shards equipped at once (one per category) and you can configure these to your liking at anytime. Luckily there is a special ability you can unlock fairly early that allows the setup several different equipment/shard configurations that you can toggle between on the fly to fit nearly any situation. In addition, you can use items to permanently powerup your shards, increasing their power, range, and survivability. 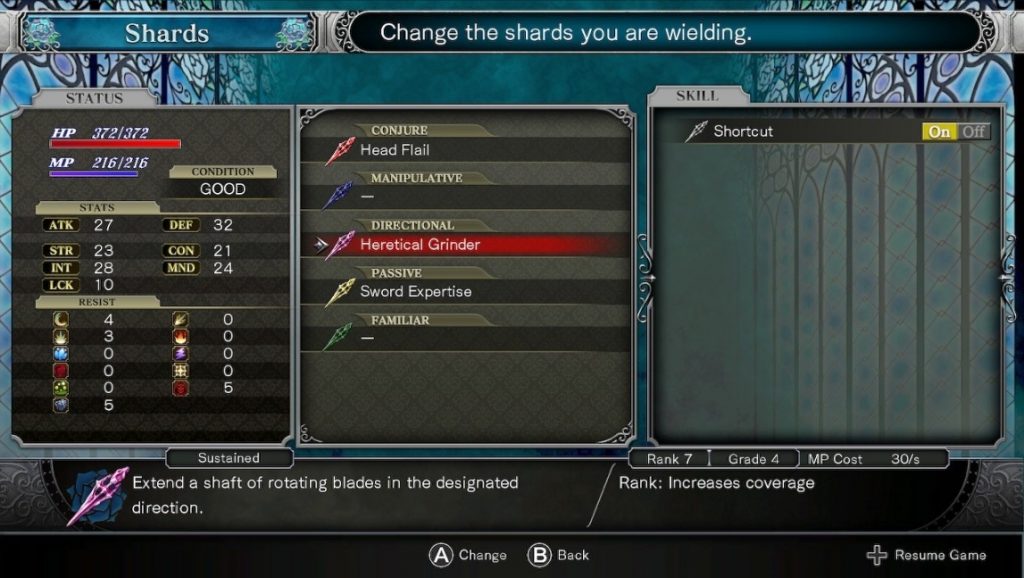 In addition to exploring the castle, killing enemies, and amassing loads of loot, Miriam can prepare meals that offer a permanent boost to her stats when eaten for the first time. Certain seeds can also be grown to offer a base to many dishes that can be eaten for their healing effects. You can use some of the materials you recover from enemies to create new items and equipment as well. Quests are available from various NPCs that reward you with various items and from time to time offer a bit of story between Miriam and some of the supporting cast.

Bloodstained released on every main console this generation, however the Nintendo Switch version took a huge hit in visual quality — and a smaller hit in playability — compared to the Playstation 4 and Xbox One iterations. Lighting is completely different, and in some cases not present at all. Textures are significantly lower resolution and just poor quality overall, considering what the Switch is actually capable of. The following screenshots are of the PS4 and then the Switch version, taken from the same boss battle.

Visually the Switch version has been an utter disappointment to most gamers and critics alike, however I found that it did not hinder my overall enjoyment of the game. It’s definitely noticeable, but the game typically runs well and is extremely fun and engaging, so I ended up completely forgetting about the graphical issues once I really sunk into the gameplay. Since the initial backlash, the development team has publicly tweeted that they are going shift focus to improving the Switch version, so we can hopefully expect improvements in the future.

Despite the visual roadbumps, the game ran fairly smoothly. I did not experience any  unreasonably long loading times that I had read about online, nor did it crash or freeze at any point. The way that some have been talking about Bloodstained on the Nintendo Switch made it sound like the version was completely unplayable, but luckily I can confirm for me this was not the case. 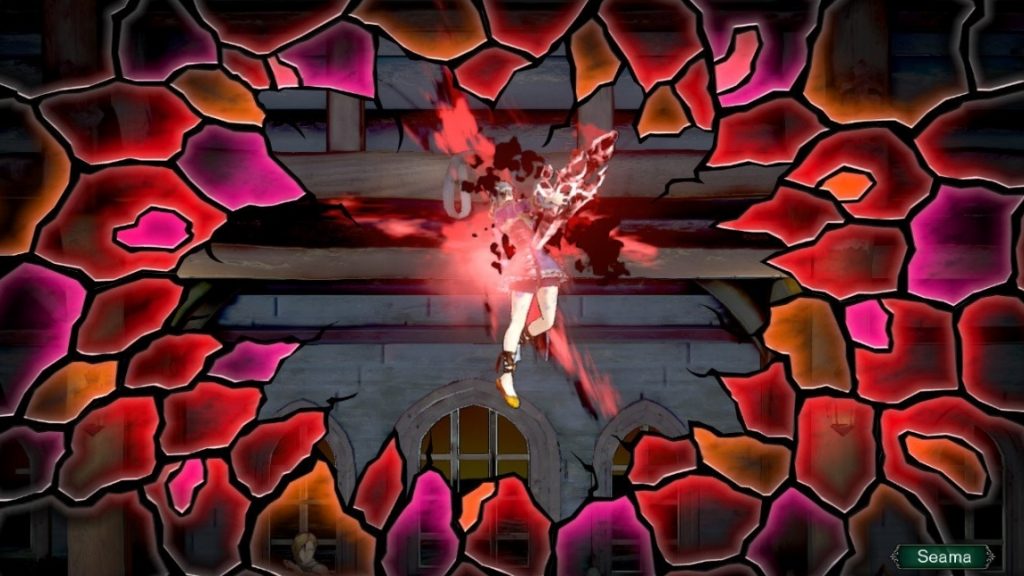 Despite the Switch version’s mostly aesthetic problems, I would still highly recommend Bloodstained to anyone looking for an action-platforming great time. It’s availability on all major consoles is a decent selling point, but the content and gameplay it offers should be enough to convince you. If you have a PC, PS4, or Xbox One, get the version that matches your console. If you only have a Switch, it may be advisable to wait for upcoming patches before pulling the trigger, unless you can look past the graphical issues and be just as engaged in the gameplay as I was. I had a blast playing my Switch version, and look forward to experiencing it again after the updates.

A fine addition to the Metroidvania genre, and a must-play for fans. Even with the graphical issues on the Switch, engaging gameplay coupled with thrilling combat possibilities and tons of items to collect makes Bloodstained: Ritual of the Night an amazing game to have in your collection.

Bloodstained: Ritual of the Night Review