The Lion’s Song takes a classic genre injected into a historic setting and makes it feel fresh and new in a way that I could have never expected.

The Lion’s Song is an episodic point-and-click adventure game set in early 1900s Vienna. During this time, Austria is experiencing rapid growth in population. With this expansion, comes immigration and an expansion of the arts and sciences; the game’s narrative focuses on the latter.

This game shares a lot with SCUMM-style adventure games from LucasArts. Throughout this tale, you will move around the world in the same way and focus your energy on moving the narrative forward (dialogue even appears above characters’ heads in a similar way to those games). The game builds Telltale-esque player choice into the experience but doesn’t feature any type of inventory management. I have been playing adventure games for my entire life, so this game enveloped me like a warm and familiar blanket. That being said, The Lion’s Song doesn’t break from the conventions of the adventure game genre, so if you aren’t a fan of adventure games this will likely not be the game to pull you in. 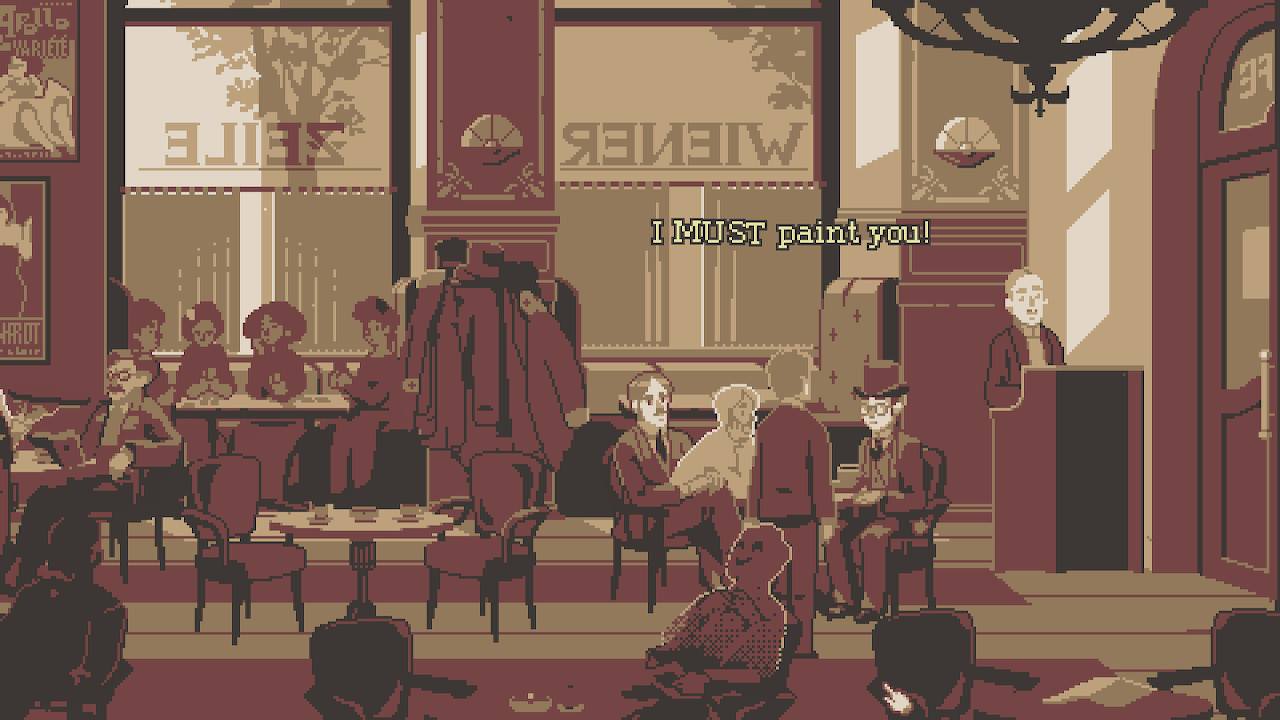 This game is divided into four very distinct episodes. Each of these sections take between 30-90 minutes to play through and centers on a different character, and thus a different perspective of the current historical context. These characters are mostly artists or academics and all have their own demons to confront. In the short time that you have with each character, you quickly delve deep into their personal stories and learn about each of the protagonists’ strengths and deepest fears. The episodes break down as follows:

The game first launched in episodic form on PC in 2016 but the entire series has now been collected in full on the Nintendo Switch. 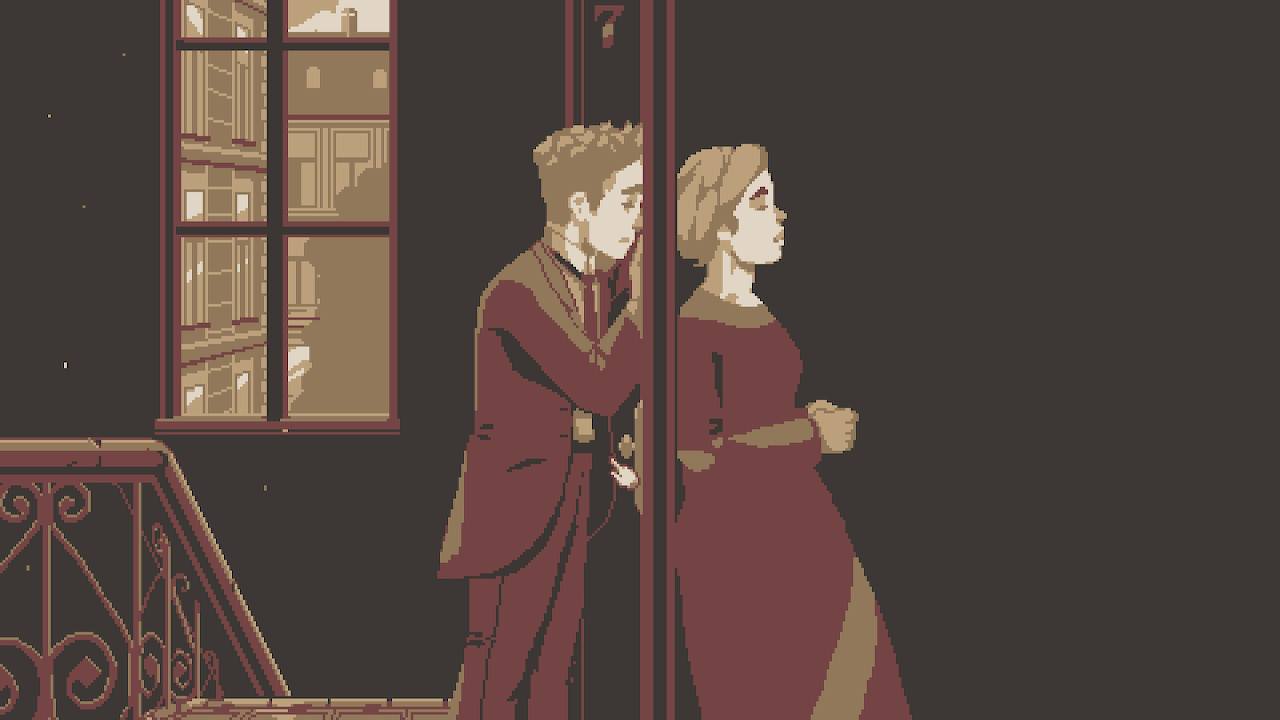 Each episode lets you explore different corners of the same map and introduces you to new secondary characters and small twists in the gameplay mechanics. Without going into detail, these impactful experiences add freshness to the narrative-driven adventure each time. You will even have opportunities to rub shoulders with some of the biggest historical figures from early 20th century Austria. You will move around “stages” connected by an overworld and speak to a myriad of different characters to move the game forward. At times, your perspective will shift and you will see the action from a different angle either through cutscenes or through interactive vignettes. 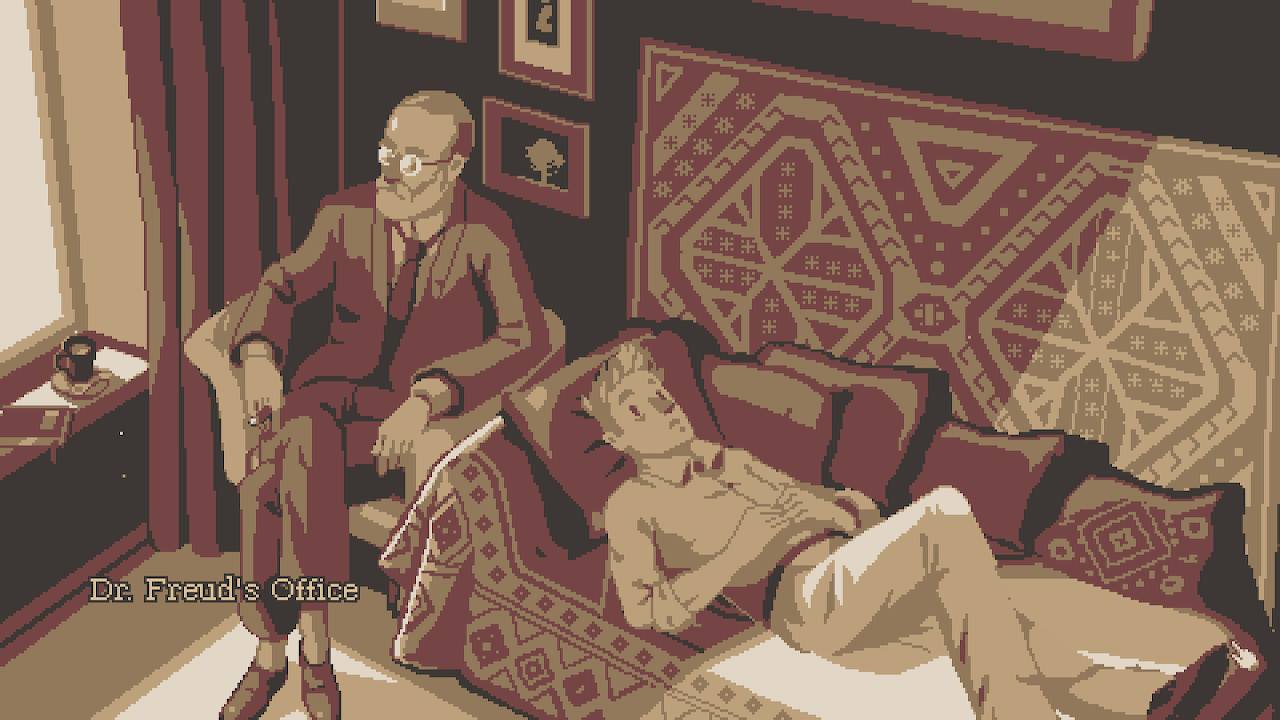 The story in The Lion’s Song is the easily the game’s biggest draw. Out of the four episodes, episodes 2 and 3 were the most poignant and impactful, with excellent narratives drawing me into the plight of the respective protagonists. Within these sections of the game, the story moves at the perfect pace; you explore your character’s psyche in detail and you may even gasp at some of the goings-on (I know that I did). In episode 2, you will explore dread, the pressure to deliver and use your character’s special gifts to explore the turmoil within others. In episode 3, the game’s best episode, you will face down gender-based oppression and risk everything to learn, grow and push your field forward. There was one set-piece in particular that may be the most nerve-racking I have experienced all year; I just wish that the game fired on all cylinders sooner than it did. 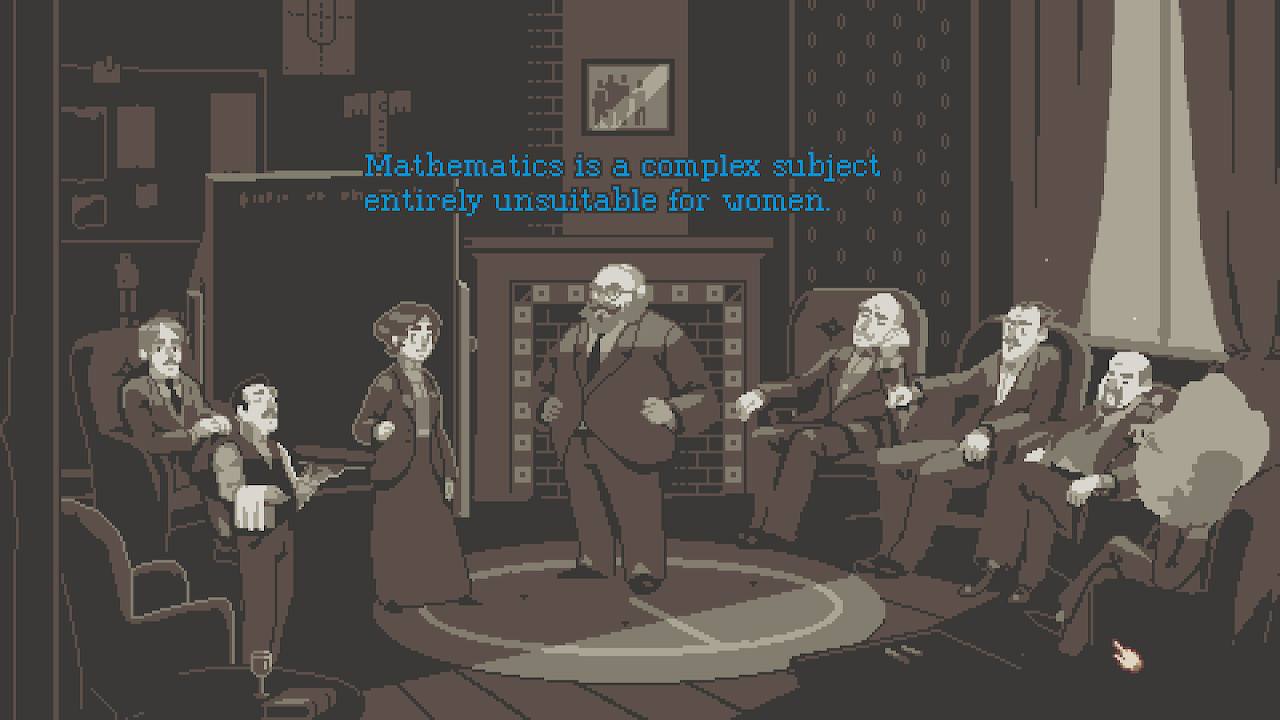 Episodes 1 & 4 are not bad; these two episodes just don’t pack the same emotional punch that the other two episodes do. The first episode spun out of a 2014 game jam, and while the episode fits with the rest of the game from a quality perspective, it doesn’t feel as cohesive and gripping as the second and third parts. The fourth episode ties the first three episodes together, and while the conclusion of the storyline adds impact, it re-treads the past content for almost its entire length. If the game had delivered the highs that episodes 2 & 3 brought for the two other episodes, this package would be hard to pass up. Outside of the uneven impact of the individual episodes, my only other complaint with the game is that the seemingly impactful choices that I mentioned earlier do not have much bearing on the story. 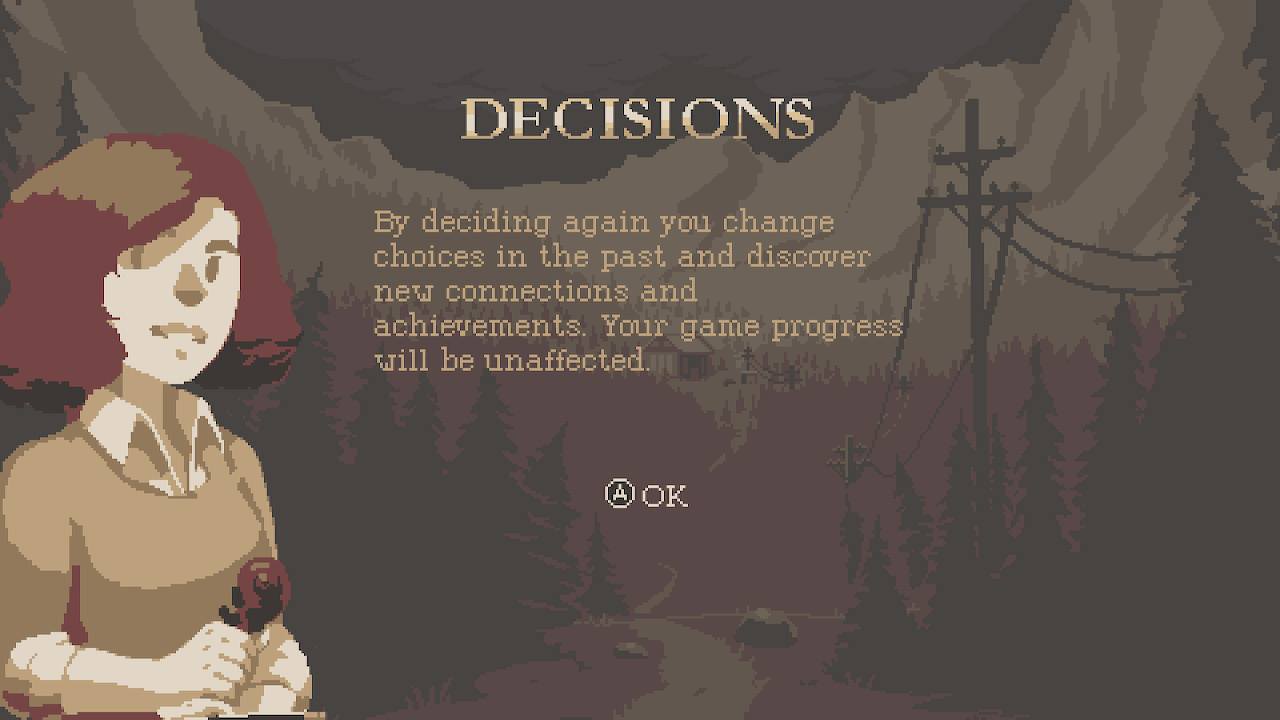 Beyond the story, the game’s other big draw is that it has style for miles. Visually, the game possesses a hand-drawn art style utilizing mostly sepia tones; it’s unique, striking and memorable. Through the gameplay, animations are subtle. The movement, although minimalistic, fits the gameplay and setting perfectly. When you move from traditional gameplay to cutscenes and special vignettes, the animations are bolstered. These sections are beautiful and help draw you in. The visual style and animation are rounded out by the game’s whimsical soundtrack. The original compositions by Dynamedion help to make the game feel alive. Interstitials that tie together the major scenes feel like an old photograph come to life. By the end of your 3-4 hour experience with the game, you will surely want to add the game’s titular track to your music library (or at least I did). 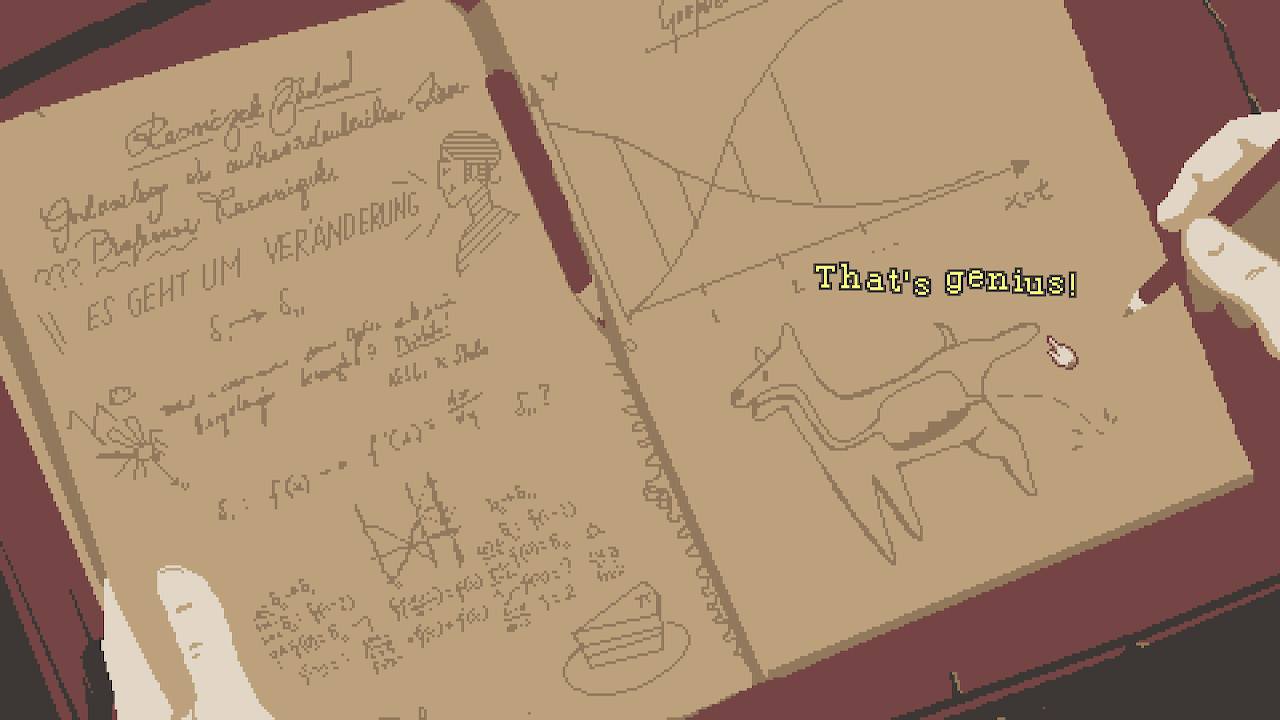 The Lion’s Song is special.

Personally, I have never played a game in this time period. Beyond that, The Lion’s Song takes the old-school adventure genre and elevates its look and sound to a really special place. This game is an absolute slam dunk for lovers of adventure games, history buffs or game players looking for a unique experience to jump into between huge tentpole releases. Don’t sleep on The Lion’s Song, it’s easily one of the best games I have played in 2018.

The Lion’s Song leaps off the screen with a beautiful visual presentation and explores the stories and psyches of four Viennese characters in the early 1900s. Don’t miss this one; there aren’t many games like it.