Originally released for the PS4 and PC in early 2017, NieR: Automata went on to become one of the most talked-about games of the year. Not only was it a critical darling — praised almost universally for its fast, fluid gameplay taking place on an earth ravaged by sublime beauty, and accented by a hauntingly ethereal score — but it also managed to successfully carry a heavy thematic weight on its shoulders, which lesser games would have stumbled through. NieR: Automata – Become as Gods Edition finally brings this package to Xbox users, with the only real issue being that it took so long for Xbox users to get a chance to play this truly one-of-a-kind game. 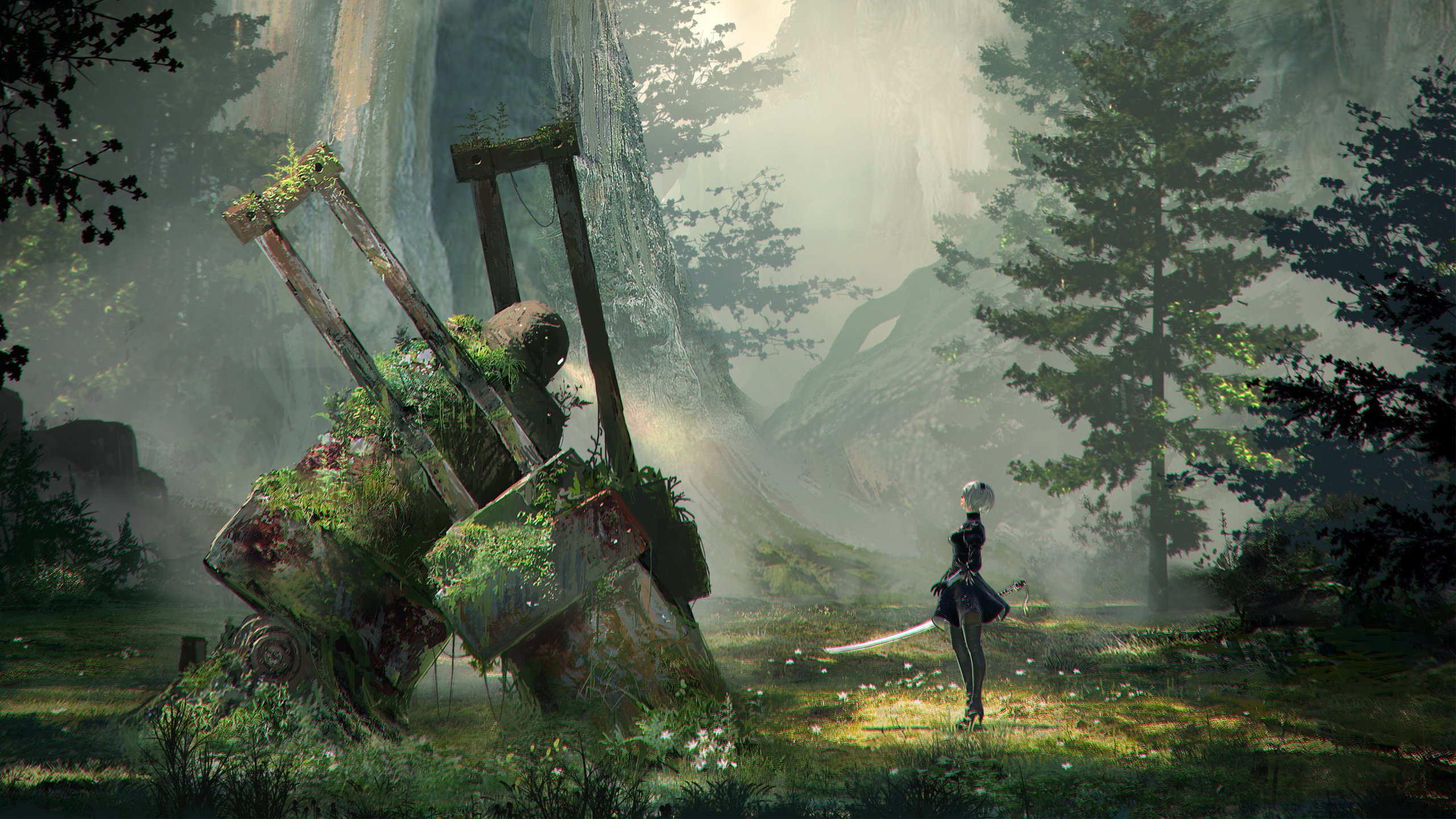 NieR: Automata- Become as Gods Edition is the definitive version of Square Enix’s popular 2017 release, which includes the base game as well as all of the DLC that has been released for it. The entire package has been optimized for Xbox One X with HDR10 and 4K Ultra HD support, which makes the game look even more gorgeous than it did in its previous  console life.

Dodging lightning-fast enemy attacks and effortlessly slicing through robots with style, Platinum Games’ modus operandi is making the player feel like an ultimate badass. While they do manage to capture the fast and furious style that they are known for, at points it can feel a bit pulled back from their previous titles. Rather than having a wide range of combos a la Bayonetta, Nier: Automata can sometimes feel like it is devolving into a Dynasty Warriors-esque hackfest.

NieR is at its best when it is doing things not usually seen in the genre, most notably when in mid-fight, the game changes perspectives to either a top-down or side-scrolling view giving a fresh look at the same environment and almost feeling like it blends genres. Combined with mixing in bullet-hell mechanics in a way that does not break the flow of gameplay, NieR can be forgiven for its relatively shallow combat system. This, however, is a minor criticism in the face of incredible production value supporting a cerebral and brilliantly told story from writer/director auteur extraordinaire, Yoko Taro. And that is exactly where NieR: Automata shines the brightest. 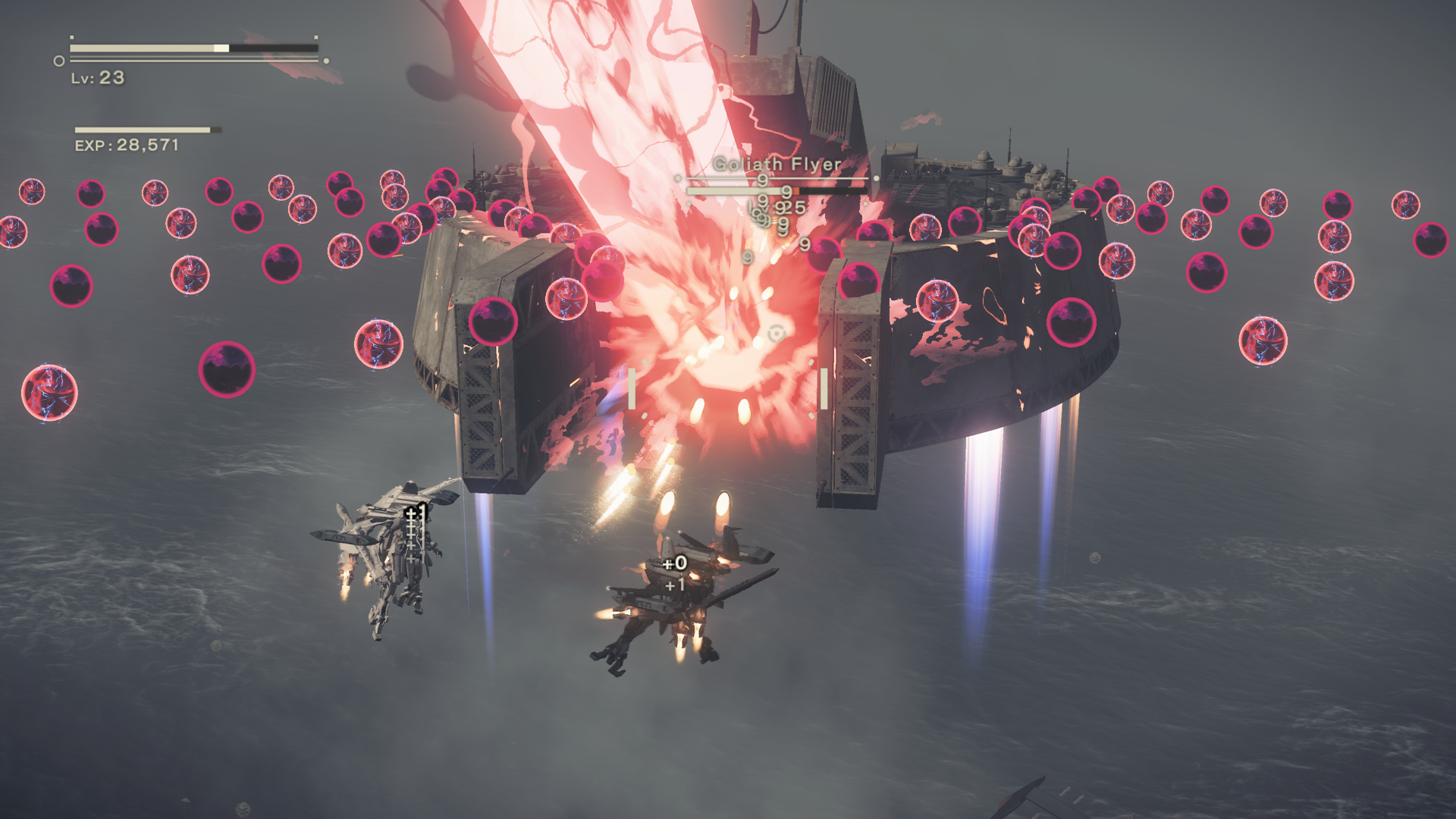 From the outset of NieR: Automata, things seem suspiciously straightforward. Humanity has fled to the moon following a devastating attack by alien aggressors who have sent machines down to wipe us out. In response, humanity creates an army of androids created in their image to clean up the mess on earth. Just from that basic premise, NieR: Automata blasts off into places unimaginable which are best left unmentioned. That is because the greatest joy that comes from playing the game is discovering these indescribable and often hilariously absurd surprises for yourself.

NieR: Automata goes deep in its writing, exploring a cavalcade of philosophical quandaries. What starts off as a simple game gradually careens off into a deep dive into existentialism; for a spoiler filled exploration of it, you can read my detailed analysis of Nier and Nihilism. The impressive discourse is furthered along by a great supporting cast of characters, each more quirky and memorable than the last. Once again, to say any more would be to rob the player of so much of what this game has to offer. 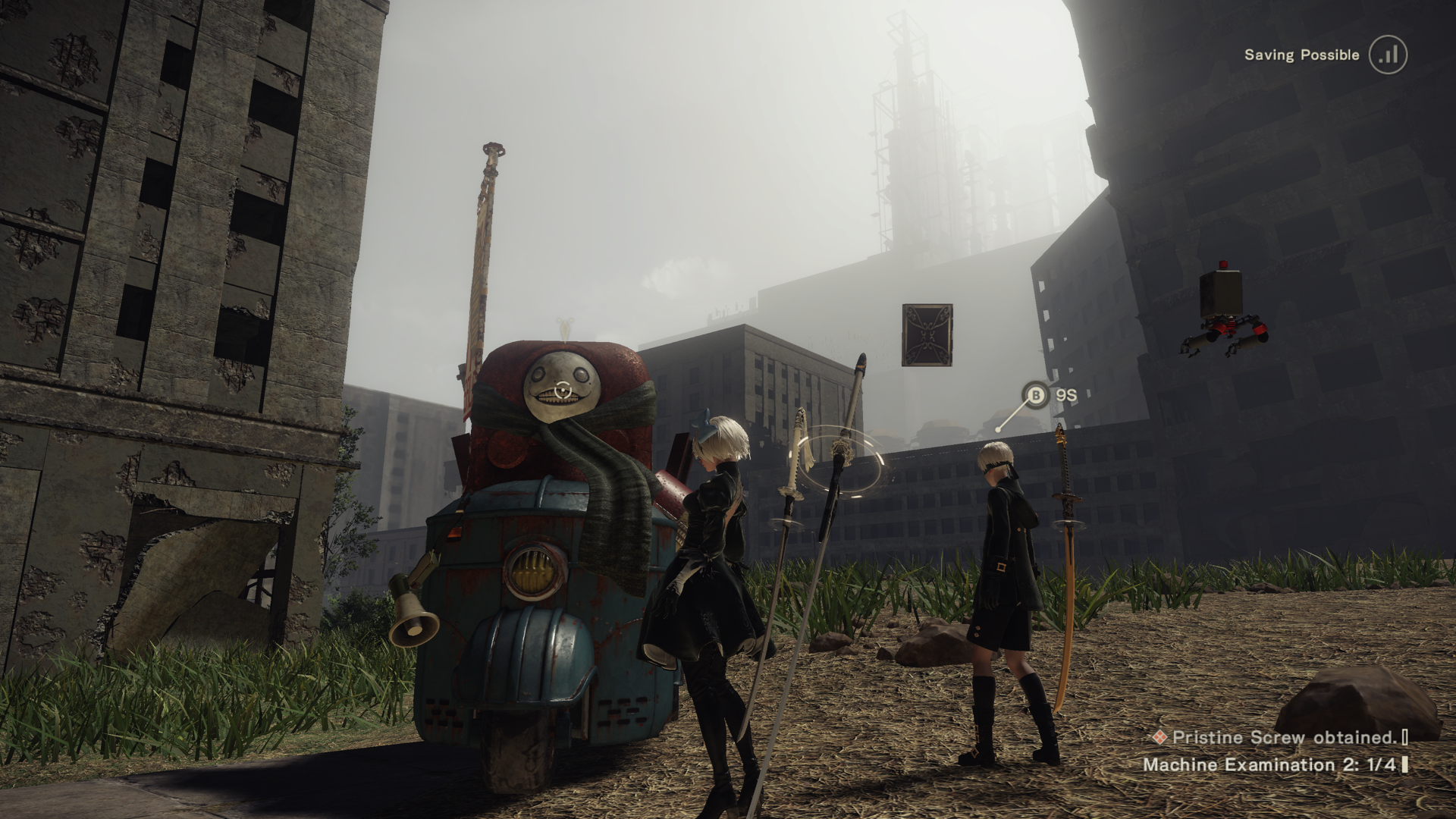 NieR: Automata does something unique with its pacing in that the player will see the credits roll several times before reaching the true ending. On each subsequent playthrough, if it can be called that, a layer on the deep onion that is NieR is peeled back letting the player experience the same events from a new perspective with new information. It is an impressive way to tell a story made even more impressive when you consider that each playthrough feels new and exciting even when playing through the same events as a different character. None of it feels like it is unnecessary filler, and the best part is, your exploration of this world does not have to stop at the end of the game. Yoko Taro has written a staggering amount of extra-textual material ranging from short stories, a novella, and even a stage play, all of which have been painstakingly translated by fans of the game. 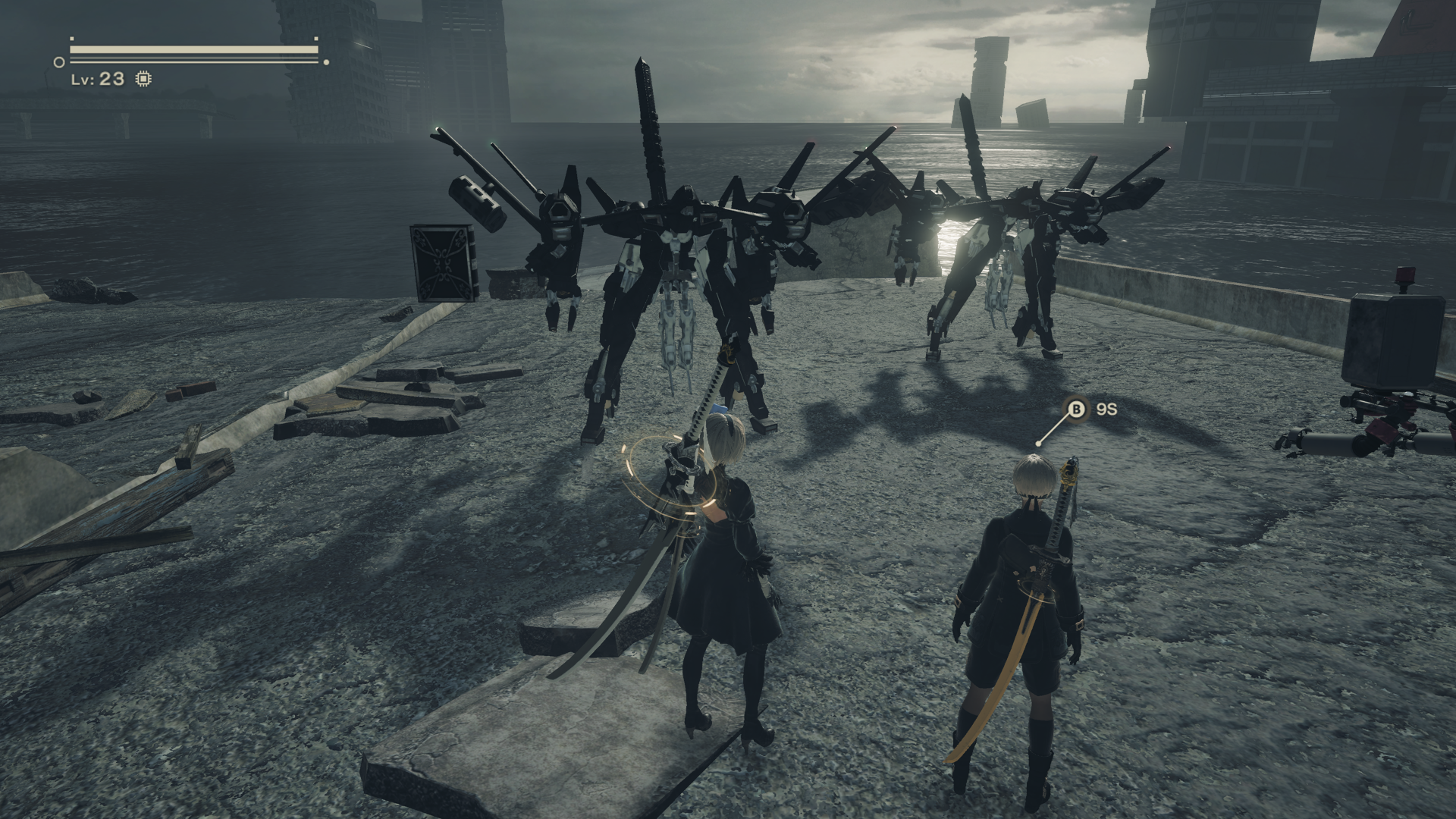 The Become as Gods Edition DLC isn’t the usual fare that players would expect with a narrative driven action-adventure, with Platinum Games opting to focus more on accenting the core game rather than presenting alternate story-lines. Players can earn new skins for their protagonists and their pods, but the most substantial of the included DLC is the 3C3C1D119440937 expansion which provides combat arenas for dedicated players to test their mettle against. Unfortunately, the expansion DLC does not add enough to the base game to make this edition worth picking up solely for the DLC. Players who have already played their way through NieR: Automata won’t find much incentive to pick up this version. However, if you have yet to play it, then this is a great way to fully enjoy one of the best games of 2017. 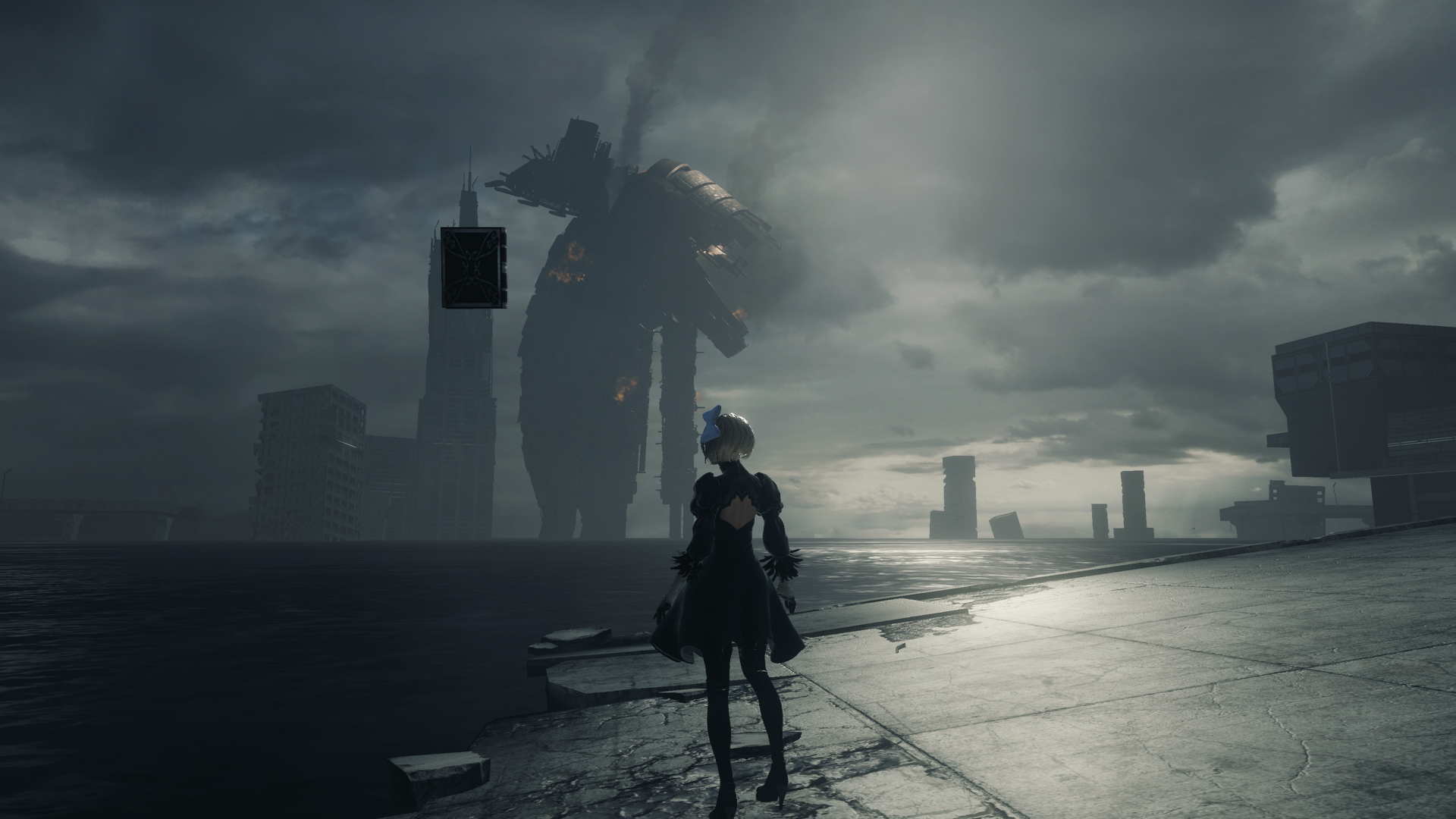 As if that wasn’t enough, NieR also has some of the best production value I’ve seen in 2017. The overall look of the game is breathtaking. The fluidity of gameplay, which is expertly animated by the team at Platinum, is a perfect foreground to the variety of gorgeous locations that you will be fighting in. The art direction never ceased to amaze me as I moved from area to area taking in the fruits of an excellent art design team. That’s not even mentioning the soundtrack; the beautiful environments are placated by melancholy pianos accented by haunting vocals. Being a game involving heavy philosophical themes, the soundtrack perfectly encompasses the contemplative and reflective nature of a game that has a lot of soul underneath it.

NieR: Automata – Become as Gods Edition is the perfect edition of an excellent game for people who have not had a chance to play this gem. Its impactful story is told against a backdrop of excellent music, art direction and a memorable cast of characters. This is the type of game that lives on in your mind long after the credits have rolled, and it is about time Xbox players got the chance to experience the brilliant world of NieR.

Although people who have already played NieR:Automata can skip this release, this is the definitive version of an excellent game, recommended to any action-adventure fan.