The long running JRPG series Ys is back with another PC release, this time reviving Memories of Celceta, which was originally released on PlayStation Vita in 2012. In typical Ys fashion, the adventure follows familiar protagonist Adol, who has recently lost his memories. Never relenting on his quest for adventure, and of course wanting to reclaim his memories, Adol accepts a request from Griselda — a Governor-General in the Romun Empire — to create a map of the forest. While journeying through the forest charting your map, you’ll help Adol to seek out his lost memories, explore uncharted territories, and help to prevent a terrible catastrophe befalling the Romun Empire.

Jumping into the game, the first thing you will notice about the PC release of Memories of Celceta is how much more crisp everything looks in comparison to the initial 2012 release. It looks clean and vibrant, and I couldn’t believe I was looking at a game that was previously on the PlayStation Vita. I actually had to go and boot up my Vita version of Memories to actually check out the graphical difference, and it is pretty significant. The Vita version wasn’t bad-looking per se, but definitely held back by the capabilities of the system. XSeed and Nihon Falcom have done a great job in porting this game over to PC and making it look worthy of the platform. 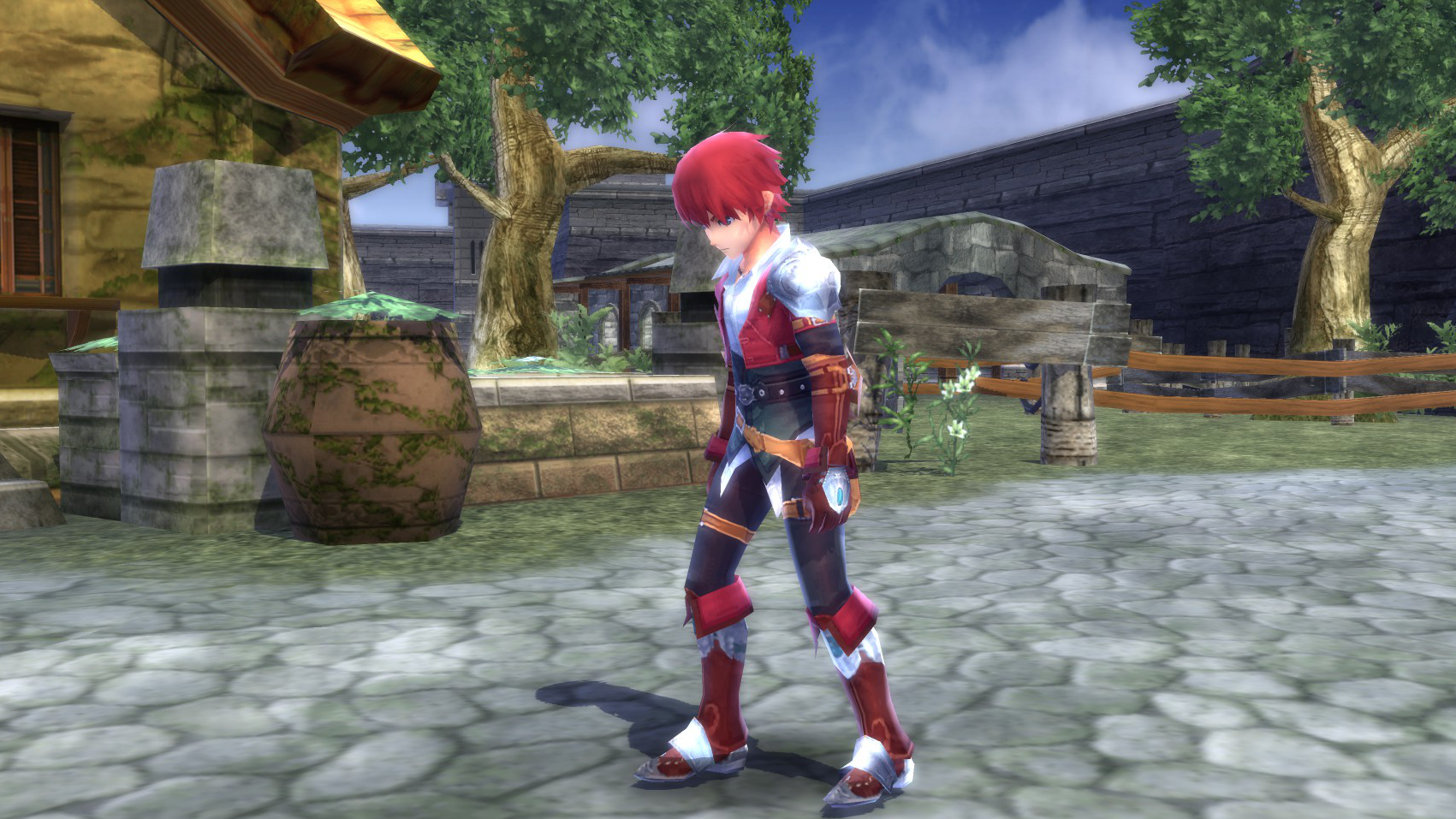 Ys‘ premiere stand-out quality among a sea of JRPGs is its world building. Though a protagonist saving the world is a common trope, it is everything surrounding Adol that truly helps the experience stand out. You’re treated to such a deep mixture of cultures — past and present — coming together to present the player with rich lore that actually makes exploration a must. Many games tend to hit a snag where I just want to get it over with, but when it came to playing through Memories of Celceta, I wanted to take in everything presented to me. I ended my play through of Ys with 98.6% map completion, and it legitimately irks me; I know I will have to go back and discover that last 1.4% to see what I might have missed.

The cast of Memories of Celceta are fun and lively. The majority of the characters in Ys aren’t one-dimensional; they actually feel fleshed-out and not just another tropey character from a typical JRPG mold. They have flaws, and those flaws can bring about distress in the story, or cause problems for Adol; sometimes characters are there to simply provide a lighthearted or humorous moment.

I quickly came to adore how the game presents the relationships between characters through the narrative. While you get glimpses of possible attraction, it isn’t simply that all the girls are in love with Adol as many games tend to portray. There is more to the relationships between the characters you meet throughout the game that you get to interact with in various areas that makes the cast just feel more genuine. Too many games make every last bit about the main character, and leave the cast to feel tossed aside throughout the majority of the narrative. 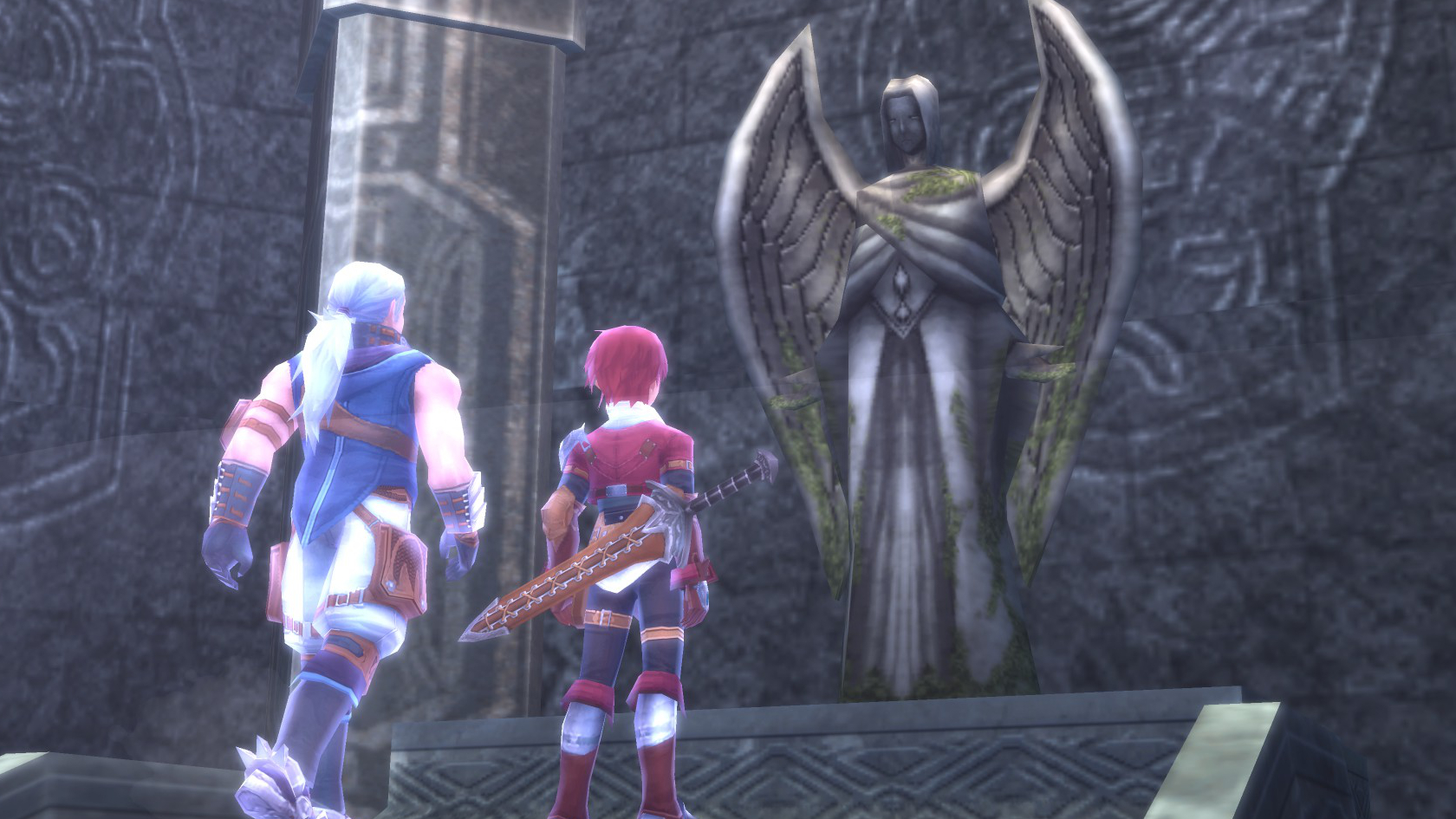 When it came down to the audio of the game I enjoyed the soundtrack and the sound design overall. The soundtrack itself held its own, but in my opinion lacked any real stand out musical sequences. This isn’t to say it was sub-par, as I never had issues with how the music represented an area or situation in the game. I just felt nothing really stuck with me after the game was done as many other JRPG soundtracks do. Audio cues while traversing areas and battling enemies are key in some situations; I loved how the game lets you know when your EXTRA skill is ready for use by letting off a small ping. This helps you unleash the attack without ever requiring you to look at the gauge on the HUD. These are small details that make huge differences in the overall experience.

I did find some faults with the voice acting in Memories of Celceta, but more concerning how it was presented at times. Occasionally the lines on the screen were fully voiced, but then at other points you might get a word or sound from the character in a similar vein and nothing else. Sometimes not even that. It felt a little half-baked overall, and made me wish they had stuck with one specific idea and had gone from there. I’m not a huge fan of English voice acting in my Japanese games, but voice acting for the most part isn’t that bad, with only a couple of characters truly coming off as cringe worthy. They actually did a good job on that front when it was fleshed out properly. 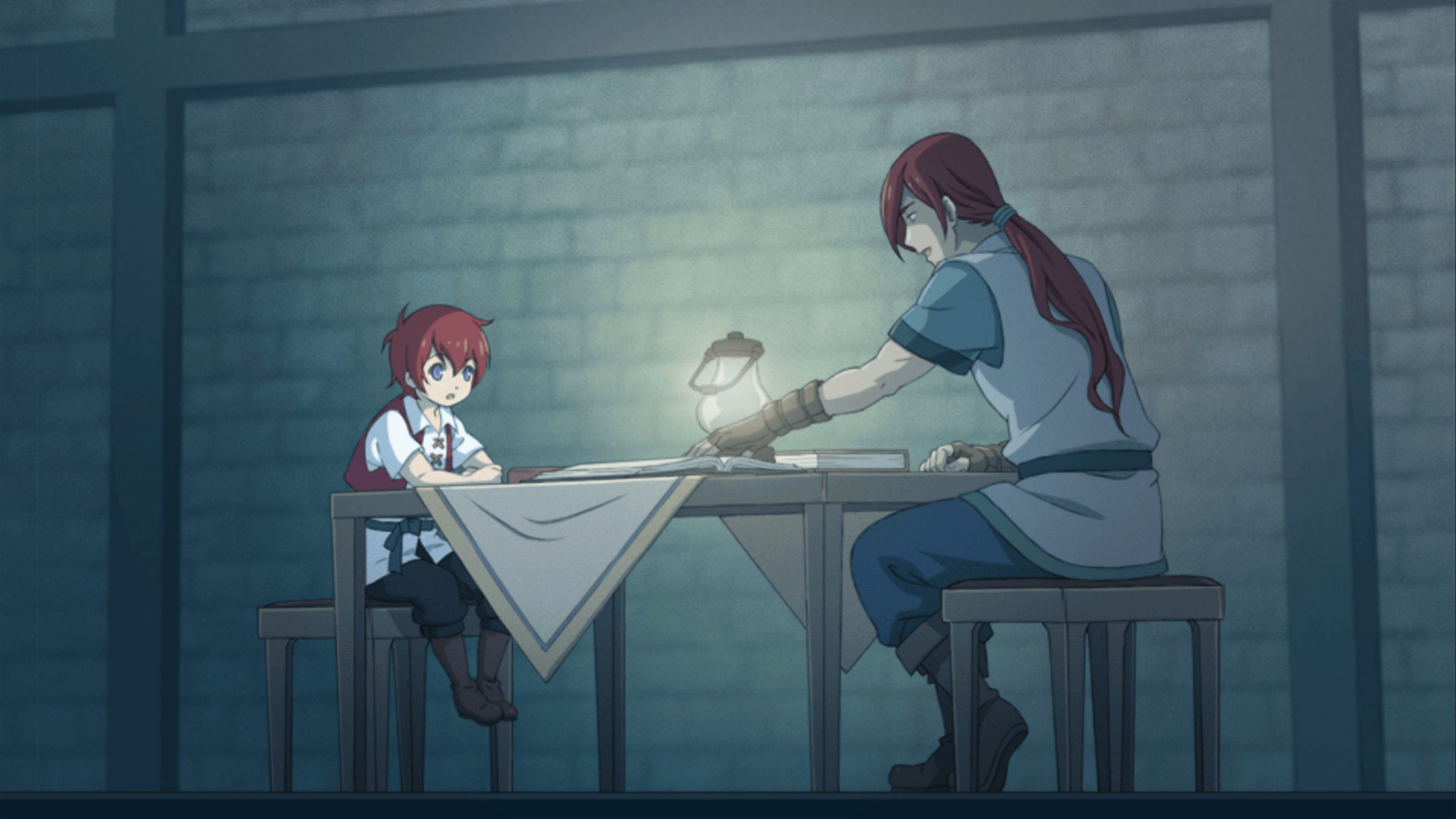 While the game looks great in this remaster, it is also a lot of pure fun. The combat manages to feel unique in a crowded genre. You genuinely feel the power of your attacks, and get to revel in joy as enemies die and explode in money and items for you to collect. If you hit them just right and nail them with a skill that ends up finishing them off, that explosion of loot is even larger. You also feel the impact of the perfect dodge or guard, with the game going into a moment of slowed down time that helps signify to the player they nailed it. You can then use this crucial moment to easily move around attacks or deal more damage, depending which move you were able to get off.

What I like most about the combat mechanics in Memories of Celceta is how much of the crafting system assists in combat. With the right materials you can change how your groups’ weapon affects enemies, and how your armor protects you. You can give yourself boosts in attack or defense, or even to various stats which will cause afflictions to the enemy. You can also equip accessories and artifacts to assist you in the game as well. Accessories are what you have come to expect as a boost in stats, and the like. Artifacts are the stand out items in Ys games that help you tackle obstacles. Equipping the right artifact can help you run faster, swim under water, miniaturize yourself, or even gain money randomly. It really helps bring about more intriguing elements to the genre. 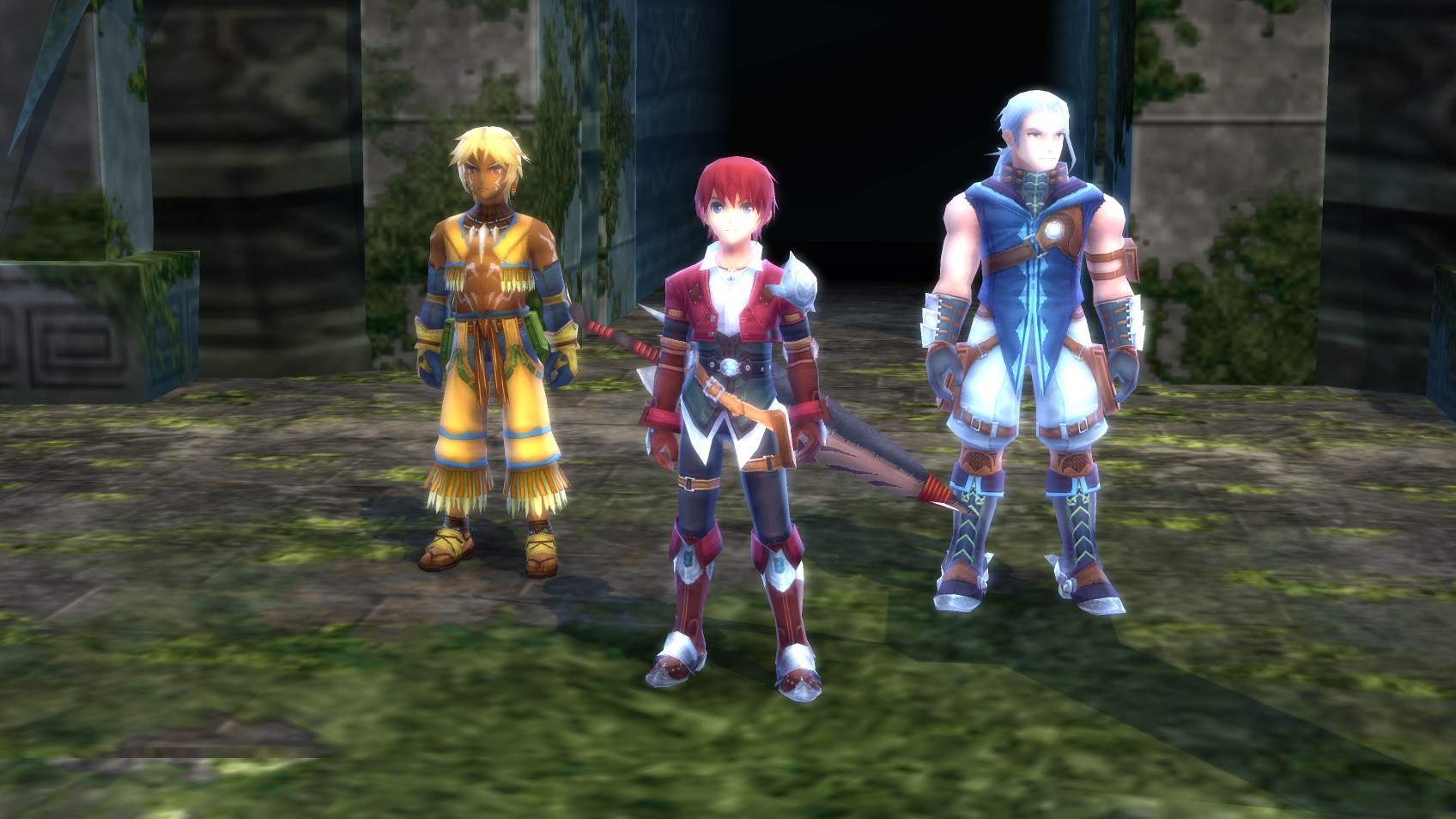 Outside of the weird timing concerning when voice acting would be present or not, the latest Ys port suffered from some quality of life issues. First off is the difficulty, and while I tend to like my games on the easier side so that I can enjoy the narrative, in all the time I spent in Memories of Celceta I only died once on Normal mode. You can only move the difficulty down and not up, so once you make your choice you either stick with it, make it easier, or start over.

Another issue that I had with the game was the camera, and even after over twenty hours in the game it still annoyed me that the camera only gives players the option of how close to or far away from Adol your perspective was. There were many situations in which I kept trying to move the camera Y axis to get a better view instinctively only to move the camera in and out distance-wise. I eventually got a bit more used to it, but later in the game I found myself wishing for a better point of view.

My biggest complaint overall with Memories of Celceta was the choice in the base button mapping. Some buttons were used for multiple tasks, which when hit at the wrong time could be really frustrating. The item and EXTRA skill buttons especially were among the more annoying of the mapping issues I dealt with. I kept hitting them while trying to do other skills or interactions with various objects in the world. You can remap your controller of course, but by the time it became a problem I had mostly become used to the controls I had started with. I would recommend testing various button mapping configurations before digging deep in to the game to help prevent these same circumstances. 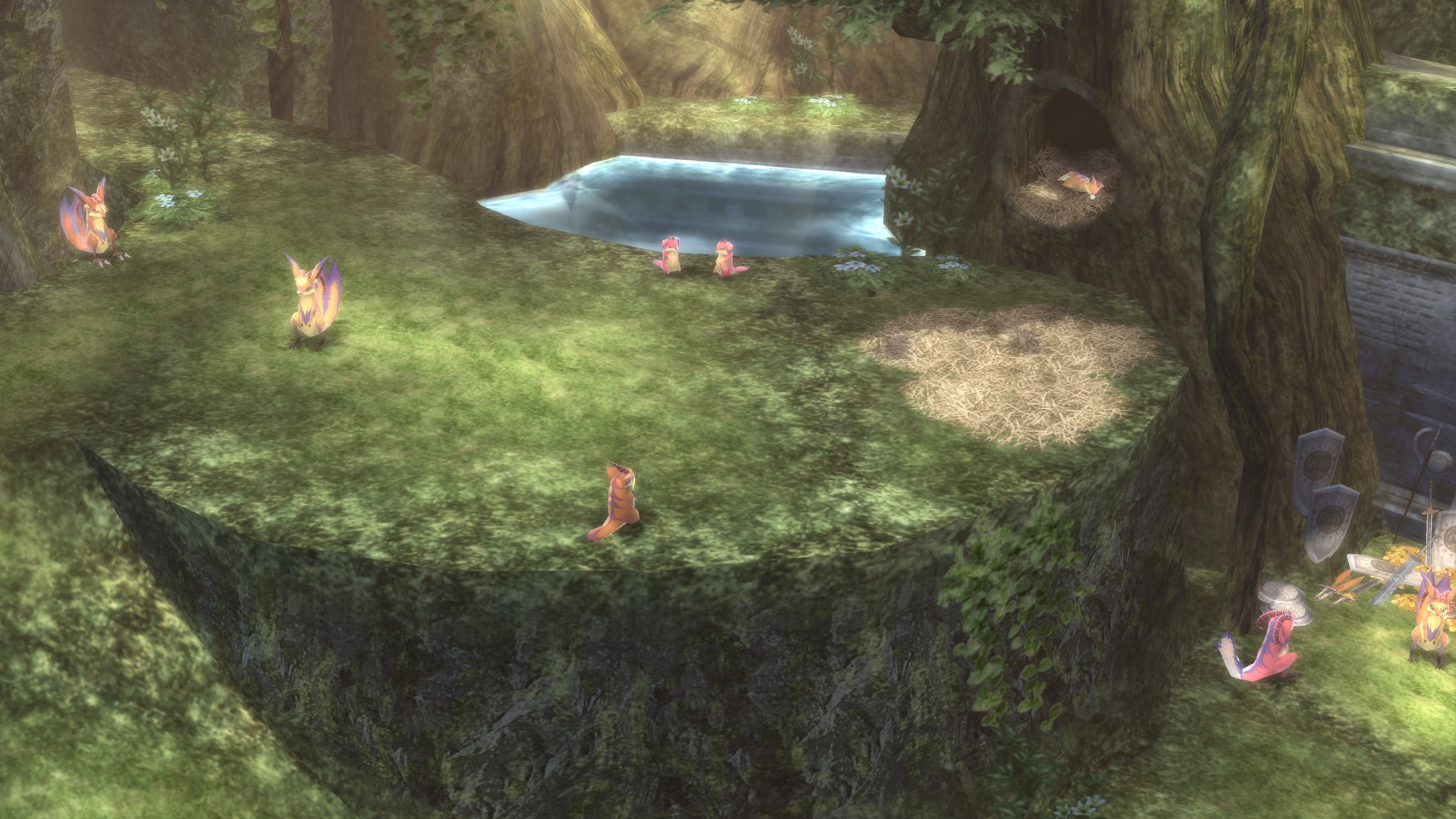 While Ys: Memories of Celceta provided over twenty hours of entertainment for one playthrough, by the end of the game I felt that it was the perfect length; it never felt like it overstayed its welcome. For those looking for more, the game can provide even more enjoyment if you tackle the New Game Plus, Time Attack or Boss Rush modes which are available as well.

Adol will never turn down any task whether large or small in his quest to learn more about the world, and as the player I couldn’t help but feel in sync with his mindset. That is why it is so easy to get wholly immersed into the game. We get to learn along with Adol, and bear witness to some truly interesting world building, lore, and events that bring together the characters and pieces of the narrative. Entertainingly deep combat and some truly fleshed out characters help to make Ys: Memories of Celceta stand out as one of the premiere JRPG series to date. Adol’s embrace of the world and his love of adventure and exploration truly helps to connect the player with the protagonist — and more fully entwines you with the world — unlike any other.

Ys: Memories of Celceta is an excellent example of how a port from handheld to PC should look and feel. It provides an entertaining adventure filled with exciting combat, a fun cast, and intriguing lore.