Until Yoku’s Island Express, I never thought that a Metroidvania game could be combined with pinball.

That’s what makes Villa Gorilla’s debut title so great. Not only is the game a joy to play, it’s also unexpected and charts new territory in the adventure game genre. 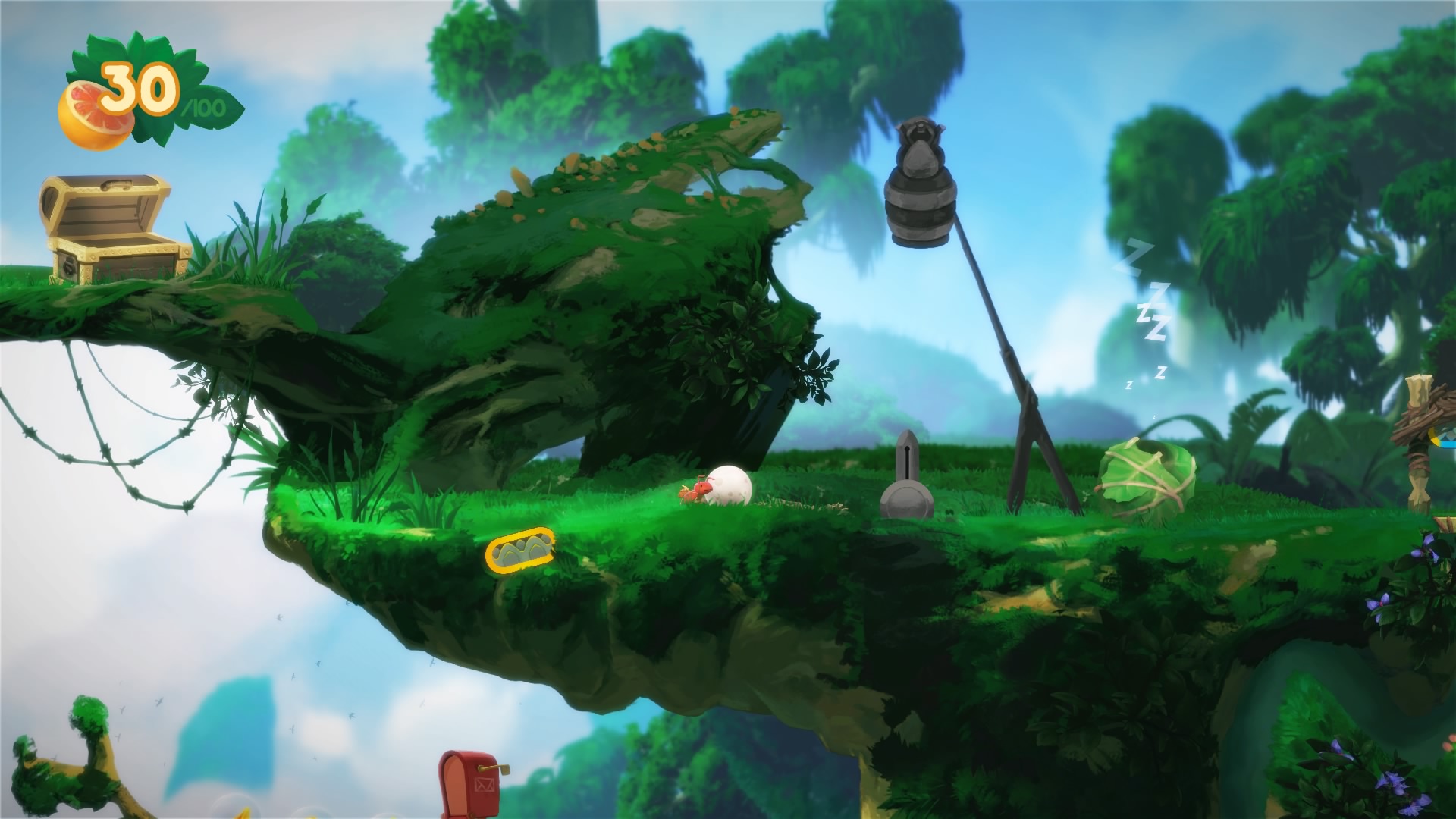 In this refreshing take on the Metroidvania-style adventure game, you play as Yoku the dung beetle, a young bug trying to make in the cutthroat world of mail delivery on Mokumana Island. As you begin to explore the island, you meet the citizens of the game world and discover that earthquakes and storms are distributing the peace in this tropical paradise. Throughout the game’s six-hour length, you’ll meet many other creatures and get to the bottom of what’s causing the island’s disturbances. The game’s story and Yoku’s reasons for moving from place to place are utterly forgettable, but how you move between those area is incredibly memorable.

That’s where the pinball comes in.

Apart from being able to move Yoku from side-to-side, you control your character using pinball flippers that are integrated into the nooks and crannies on Mokumana Island. This radical combo means that you will very quickly traverse from green plains and snowy mountains to full pinball tables that are built directly into the environment. One minute you’ll be swimming through an underground cave and the next, you will be rolling your character’s dung ball into a chute to play puzzling game of pinball. 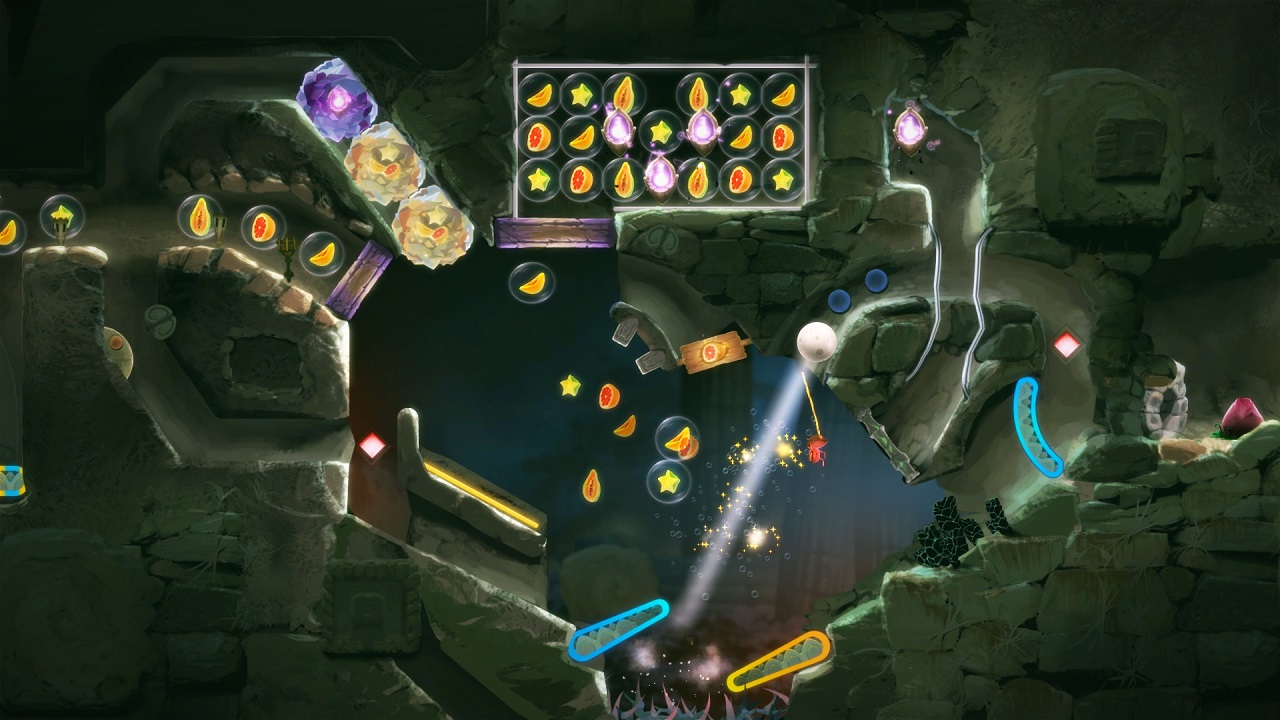 If you have played a pinball game (or a pinball table) in your life, a lot of the skills from that experience will pay dividends here. The team at Villa Gorilla have turned pinball into an environmental puzzle solving dance where precise flipper action will shoot your ball (and Yoku, flailing adorably behind it) into bumpers, banks, jackpots and lanes. Activating these table elements in the correct sequence will allow you to collect fruit & loot and progress from table to table and through the game world at large. You can control Yoku slightly while in the pinball sections, but much like Sonic in Sonic Spinball, character control is limited.

As you collect fruit (the game’s currency), you’ll be granted access to new areas in the game. Like many other games in the adventure genre, the bulk of your progress will be impeded by obstacles that need the proper power-ups to pass through. As you collect these power-ups, your mobility will increase allowing you to swim, swing and explode in order to cover more ground. Two of the game’s power-ups utilize a brief moment of slow-mo to help you accomplish your goal. These mechanics were a bit jarring and took some time to get used to.

As you traverse more of the map and solve pinball puzzles, you’ll meet many adorable creatures who will give you missions to tackle. As you solve those quests, you’ll unlock more areas on the map. The best moment of the game happens after about ten seconds of darting around the game’s pinball areas; the moment when you figure out exactly how to move through your current table to another area. If it takes you longer, don’t worry, as there is little consequence to draining your ball. 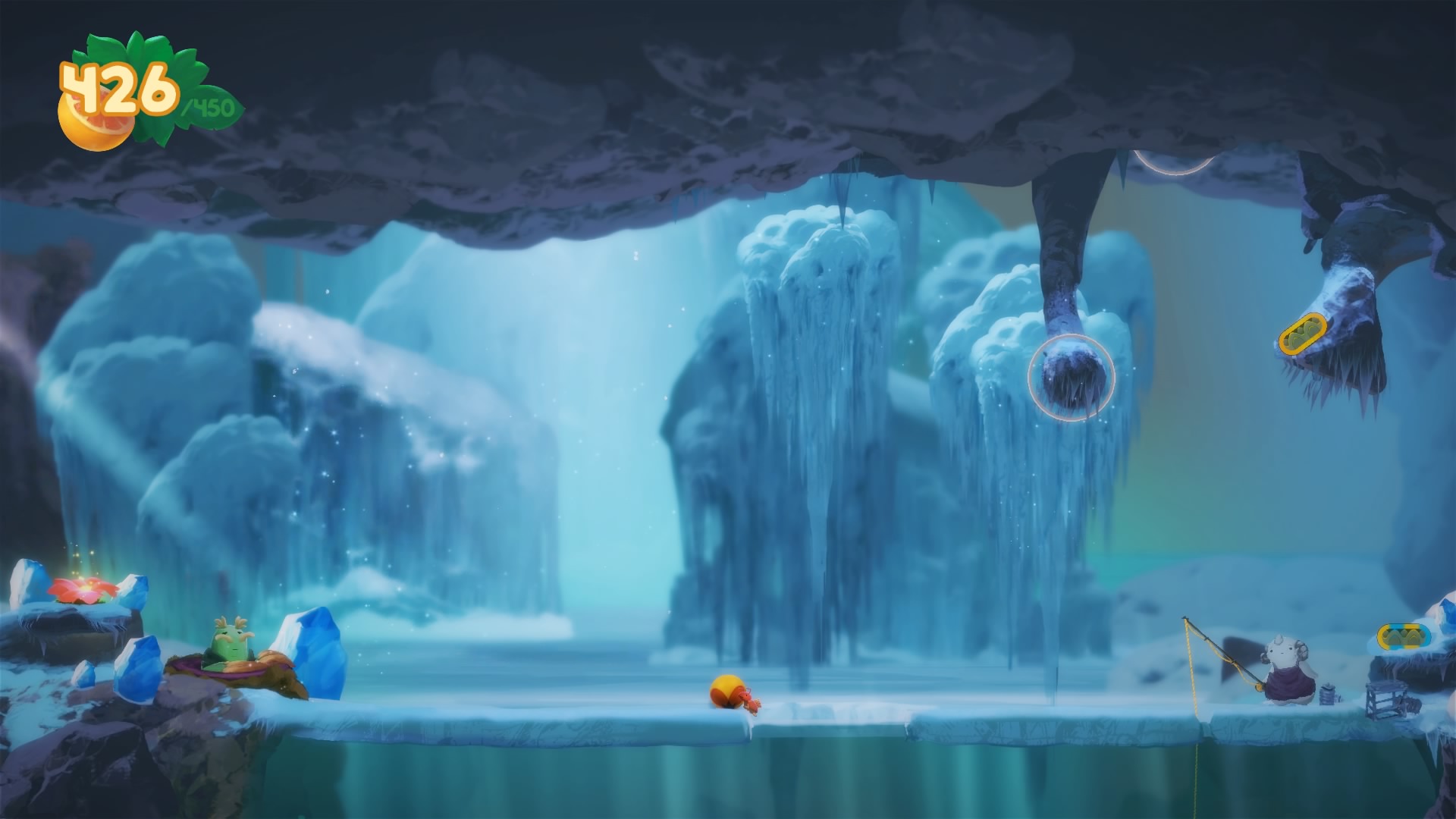 My biggest knock on the game is that I wish that your progression through the experience was a little easier to follow. At times, you will have multiple objectives. However, there’s no way to classify them by importance and no way of seeing all of your objectives in a list. In other games in the genre, it’s very easy to know what area you’ll need to explore more to progress. Although the map utilizes a “leading fog” mechanic to hint at unexplored areas and icons to show objectives, I wish that you could more easily identify where to go next. Around the half way mark of the game, I began to wander the map trying to progress and felt stuck. A simple quest log would have solved my headache.

Collect enough fruit and items, explore the map and unlock new areas until you’re affronted by the game’s big “boss encounters”. These huge multi-layered pinball tables were one of the highlights of this game and often required you to take a step back and look at the full picture instead of aimlessly flipping Yoku’s dung ball around.

In addition to a really compelling core, the game’s art is charming and adorable. The game’s environments are colorful, diverse and detailed and the characters in the game can best be described as “painted puppets”. It reminded me a lot of the character models in Odin Sphere; Villa Gorilla thanked “whoever made the puppet-warp tool in Photoshop” in the game’s credits for a good reason.

In addition to the small character details, I was also impressed by the game’s world map. There was a lot of diversity at play in the different zones and at any time while playing, you could easily get a complete view of the world with a button press. The first time I carried out that action, I was marveled. Technically, the game performs quite well and I only experienced slight issues. In about 3-4 of the game’s most graphically intensive moments, I saw some brief graphical slowdown on the PS4. These instances were few and far between. 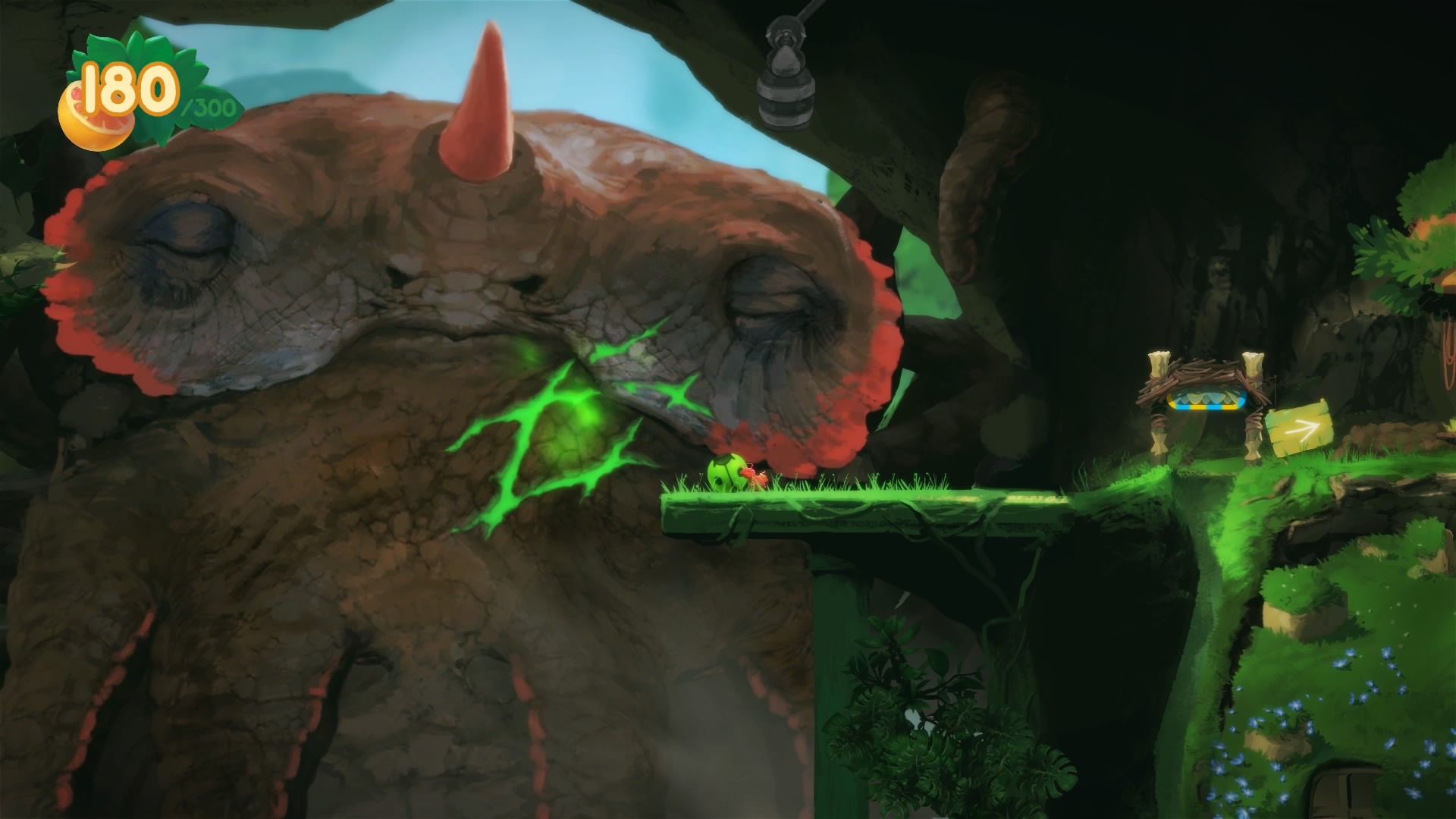 The game’s music was breezy and fit the vibe of the game perfectly. The use of more uncommon-to-video-game instruments like the banjo, ukulele, ocarina and harmonica gave the soundtrack a very unique and upbeat flavor. If you start playing “Welcome to Mokumana Beach“, one of the first tracks in Jesse Harlin’s breezy and tropical soundtrack, you can almost imagine yourself lying on the beach with a tropical, umbrella-filled drink. Outside of the wavy tunes, the game’s sound effects were minimal but I wouldn’t have had it any other way. Could you imagine a laid back experience like this one complete with realistic pinball sound effects? Yeah, me neither.

Aside from giving me the spiritual sequel to the pinball table from 1995’s Timon & Pumbaa’s Jungle Games, this game is just really fun to play. The story in this one is like a pinball flipper: it is simply a vehicle to deliver the very tight core; an enjoyable pinball-puzzle-solving adventure. It’s a combo unlike any other you have ever played. You likely won’t feel the need to replay or even gather every unlockable in the game, but your short stay on Mokumana Island will undoubtedly be very enjoyable.

If you’re looking for a unique, laid-back experience to escape from your everyday grind or a particularly stressful stretch of time, look no further than Yoku’s Island Express.

Much like a one-week vacation to an all-inclusive resort, Yoku’s Island Express is pretty blissful… as long as you overlook some very minor flaws.