Originally created in 1997, South Park has garnered a huge following with massive success in a few different industries. Its crude humor, hilarious characters and running jokes only serve to cement its status as a multimedia juggernaut. The show has had a few games before, but prior to South Park: The Stick of Truth — which released in 2014 — the games were rather lackluster. They were missing that special charm that made the South Park television show so catchy and relatable. When The Stick of Truth released, it was met with excellent reviews across the board for being able to capture that essence of the show in a video game format. The Fractured But Whole continued on that legacy with its initial release in October 2017, continuing to bring the charm, character, and wealth of inside-jokes that the twenty year old series is known for. With its recent transition to the Nintendo Switch in April, there was little doubt that the portability of the game would do anything but bolster its appeal. 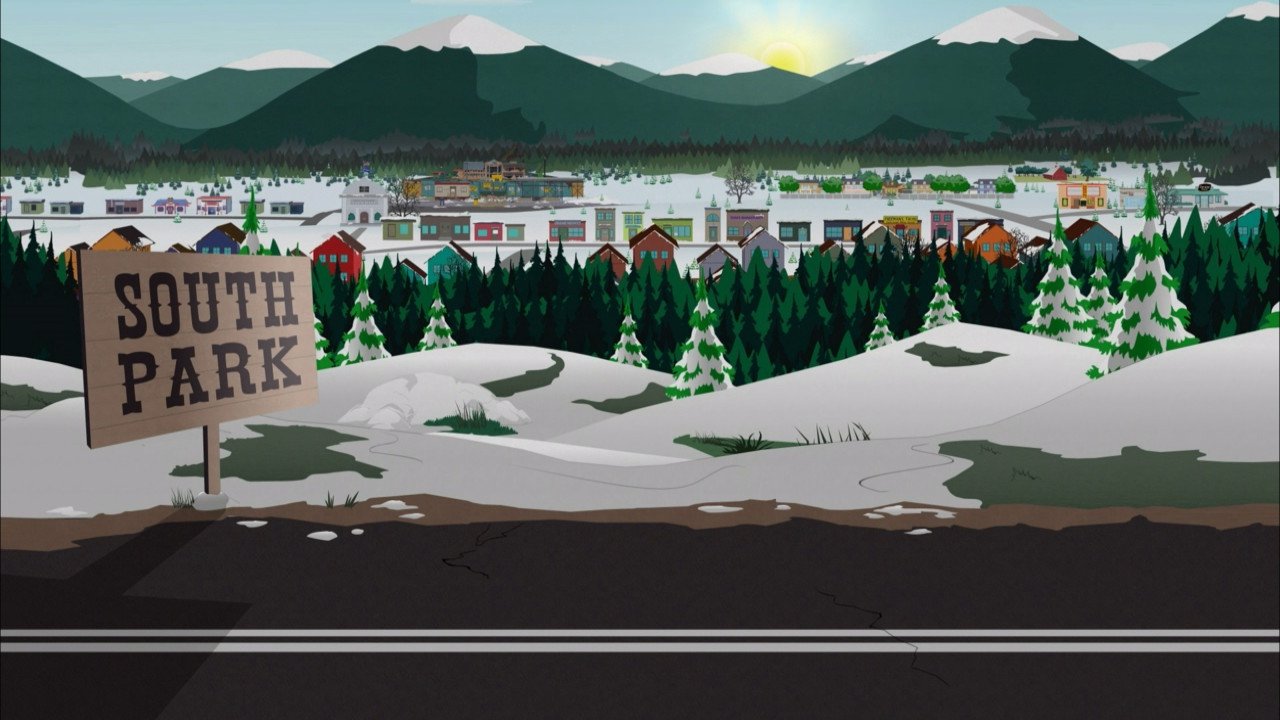 Right off the bat, things get interesting. Cartman is back once again narrating the introduction, which sets the stage for the new plot: the kids are playing superheroes as they battle crime around the city as Coon and Friends, in a bid to become more popular than their rivals – the Freedom Pals. Once again players take the role of the “new kid”, and are given the ability to customize the new kid to their liking. The character creator is simple, but stays true to the design aesthetic of South Park. A few cutscenes later, and you get to join Coon and Friends, and choose a superhero archetype. At the beginning, there are only a few choices, but as you progress through the story you get access to additional classes and sub-classes, as well as being able to mix and match abilities from each archetype. For example, you can start off playing as a Speedster and then add in Brutalist abilities later on to balance out your speed-based skillset with some high-damage moves.

With your archetype comes a few different abilities, each mapped to a specific button in battle. These abilities can do a number of things depending on your chosen class: the Speedster uses his/her agility to take an extra turn and hit fast, while the Brutalist hits hard and soaks up more damage, to name just two of the numerous examples. My main playthrough was as a Speedster, as I found that having an extra turn in combat comes in handy in a pinch! In addition to attacking your enemies, you can take a turn in battle to use any items you may have picked up or crafted, which can really turn the tide of battle when used at the right moment. Actions like healing or reviving a downed ally are priorities when that happens, as a downed ally can lead to a quick defeat. 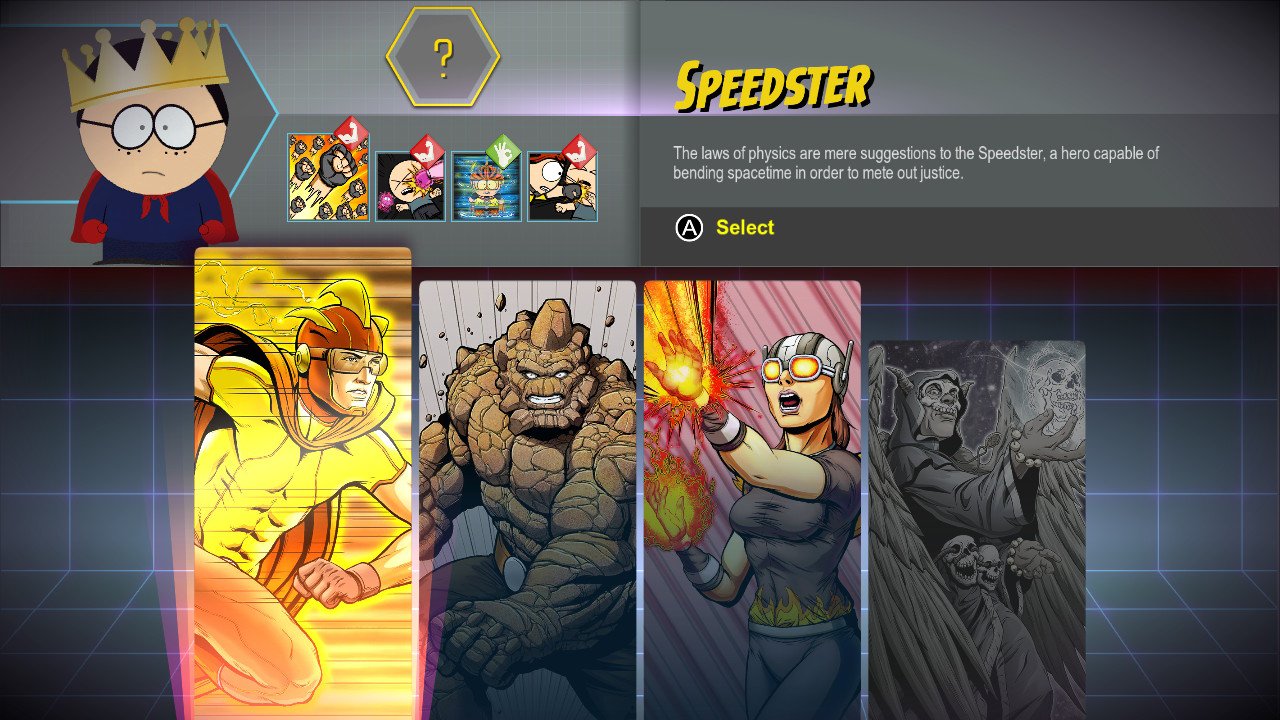 Once you choose your archetype, Cartman sends you out to build the Coon and Friends brand on “Coonstagram” which you do by taking selfies with the townsfolk. Once you’re set loose on the town there’s a lot to see and do. As you explore, you’ll unlock Fast Travel points, which you can use to quickly jump across the map at your leisure. You are free to more or less go into any house or building to loot items, and anything with a gold handle or doorknob can be opened and/or looted.

Perhaps the most fun thing about this game is the selfies. You can walk up to any person out in the world and ask them if they will take a selfie with you. Many people will acquiesce with no issues, but for some you have to complete certain tasks or hit certain milestones before they will want a photograph with you. When you do take that long awaited selfie, you can change the zoom and your character’s facial expression before snapping the picture. A lot of these can turn out pretty funny, and even though it was a relatively minor aspect I really enjoyed this feature of the game.

Most of the items you find when looting the town are crafting materials, which brings us to one of the best features introduced to The Fractured But Whole: you can use these ingredients to make healing items and even costumes. When you loot bags you’ll most likely find large amounts of crafting ingredients mixed in with the normal loot. You can also craft special Relics, which in turn crank up your overall strength, which you can use as a gauge to see what level of challenges you are ready for. Most enemies out in the world will have a number over their heads; if your rating is as high or higher than your enemies, you should be able to take them down with little to no issues. 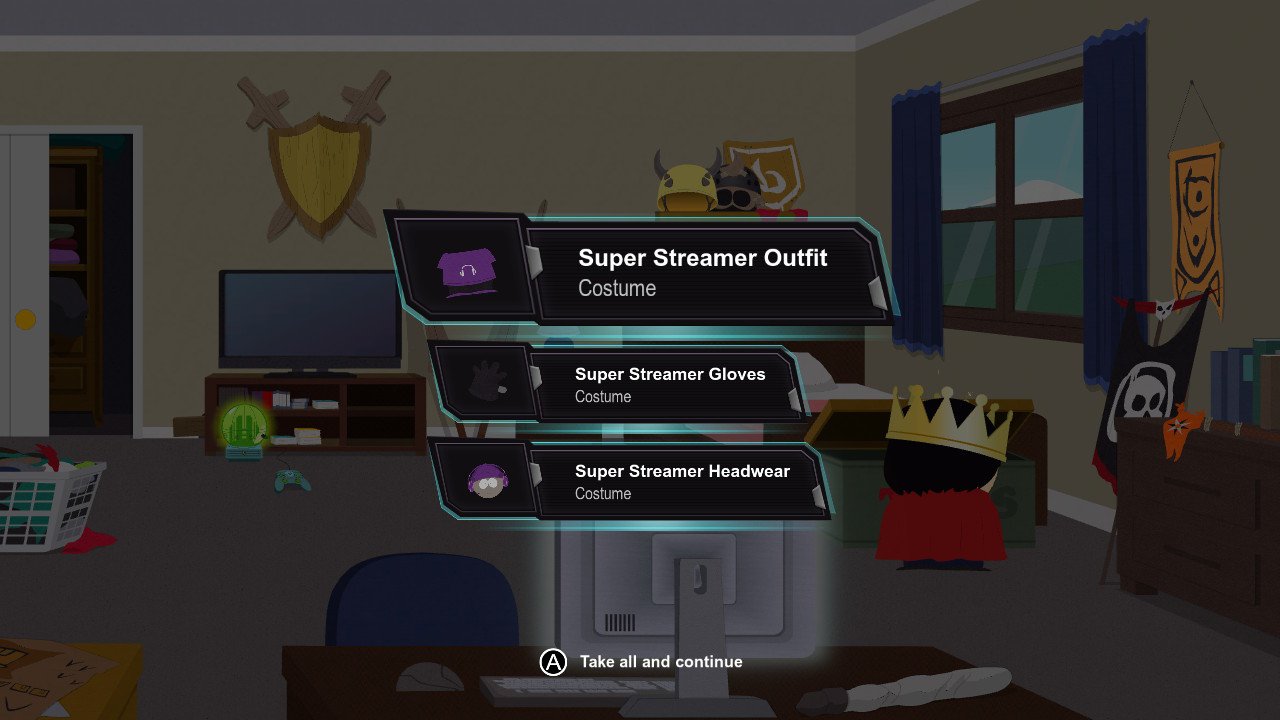 Players will spend a fair chunk of time in combat. Whether it’s against sixth graders, adults, or various creatures, Coon and Friends will have plenty of opportunities to utilize the special skills they have. Battles take place on a grid in the world, with the kids on one end and their opponents on the other. Battle flows from turn to turn, with each character getting an action on their turn (or sometimes two if you’re the Speedster like me). Abilities affect the grid in different ways, such as where they can hit and when. Some abilities take time before they go off, so if used against you there is an opportunity to move out of its range and avoid damage altogether. Later on this is pretty key to survival, so you need to pay attention to the range of enemy attacks.

As your party takes damage from the opposition, you can press a button to give the ultimate meter at the top of the screen a boost. When this meter is full, you can choose to use an ultimate attack on any of your characters. Choose wisely, as these attacks are powerful, can turn the tide of battle, and take a while to charge back up. Enemies also have special attacks they have access to, so be on your guard, check your surroundings, and don’t leave yourself open to attack! 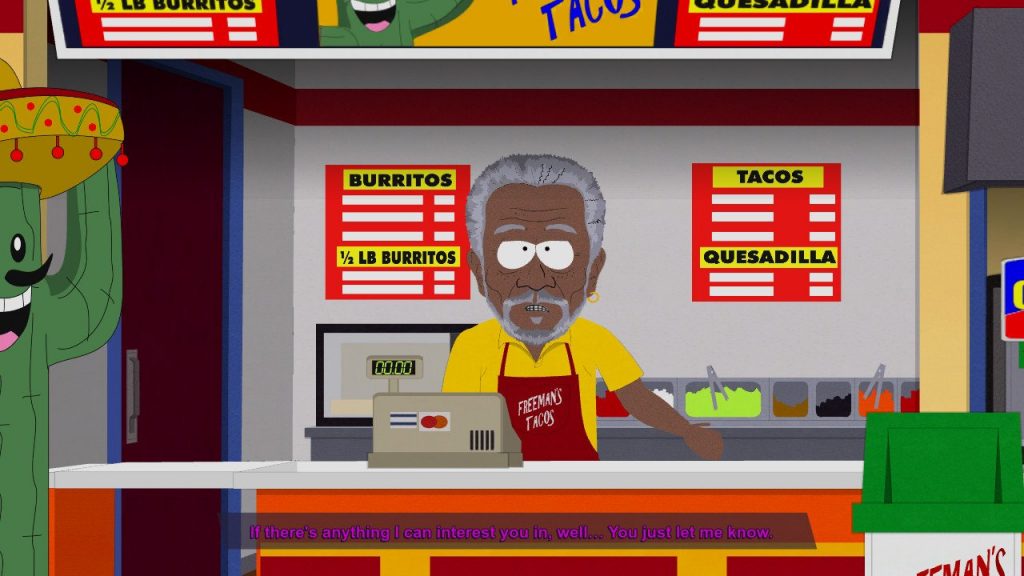 As far as South Park goes, this game is chock FULL of references to the show, with many characters dropping one-liners and references during their dialogue. Each main character has a closet you can look into that has a lot of stuff you will most likely recognize from various episodes. Even the costumes your character can wear and the Relics that boost your stats are often references, which creates even more of a connection between the game and the show.

So how does it run on the Nintendo Switch? There are a few small issues, but nothing that seriously affected my enjoyment. For instance, on the title screen the game’s logo comes crashing down onto the screen, shattering the glass background. When you load up, you always hear the glass shattering before you even see the logo. There’s a bit of delay there that’s definitely noticeable.

Before battles there is a noteworthy amount of loading time; often 20 or more seconds. These are really only small annoyances though, and they quickly melt away when you get sucked back into the charm of the game. Other than these minuscule issues the game runs beautifully. No noticeable frame drops, delays, lag, or any crashes. I played it in Docked Mode for the most part, using the joy con controller attachment, but there were a few times where I played briefly in Handheld Mode. I didn’t notice any notable differences between the Docked and Handheld Modes. 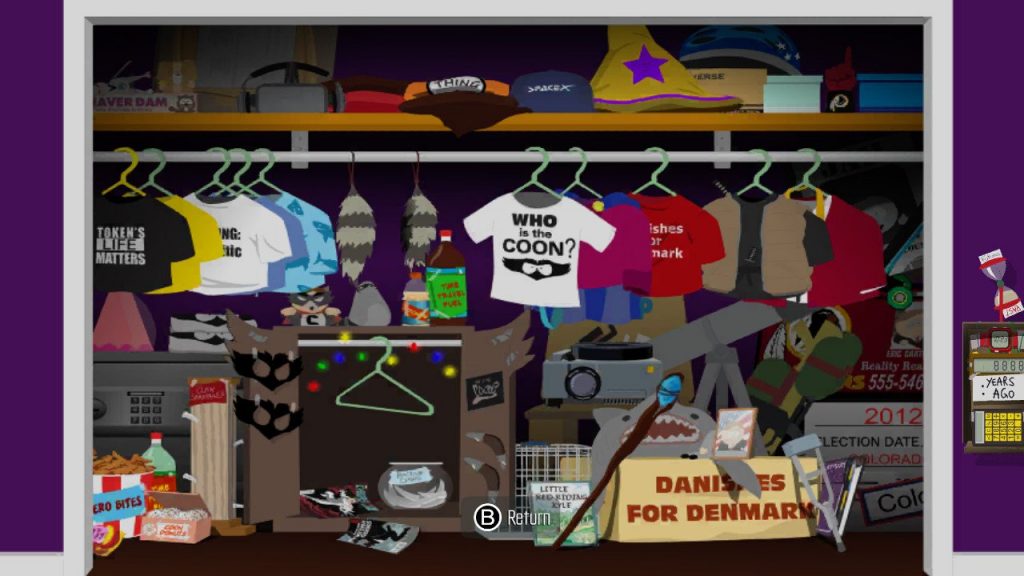 At the end of the episode, the amount of enjoyment you get out of the game depends on if you are a fan of South Park or not. If you are, you will absolutely love The Fractured But Whole. If not, it is still a very enjoyable and somewhat challenging RPG that’s very accessible to players. It’s not too complicated, nor too simple. Overall, as a fan of the TV show, I had a blast with The Fractured But Whole, and hope to see yet another game set in South Park.

A great follow-up to the previous title, Fractured But Whole builds and delivers an incredible South Park experience that gamers and fans alike are sure to enjoy.