It isn’t often that a visual novel contains a story that makes me reach for a tissue to wipe away tears as it draws to its conclusion, but Supipara – Alice the Magical Conductor Chapter 2 did just that. Last time I had that much of an emotional connection in a similar game was Clannad, which thankfully Supipara wasn’t trying to reach the levels of emotionally. Supipara is a pure vanilla story, focused on relationships, romance, tragedy, and more without delving in to sexually-suggestive situations. Before I dig deep on my thoughts of Chapter 2, I need to bring those new to the series up to speed on what occurred in Chapter 1. I will not be revealing any major spoilers of the plot, just an overview of how the story began.

Chapter 1 of Supipara introduces the player to Yukinara Sanada as he returns to his hometown of Kamakura to be reunited with his mother. We also got to meet most of the cast that will be surrounding him for the story. Most importantly we meet the witch Alice, whom is key to Yukinari’s story most of all. Seven years ago he and his mom miraculously survived an accident on a boat, and he has no memory of his life prior. Even crazier is that his mother was in a coma all that time and has just awoken, yet she also is missing many memories. Neither of them have memories of the other, and only know they are related has mother and son. 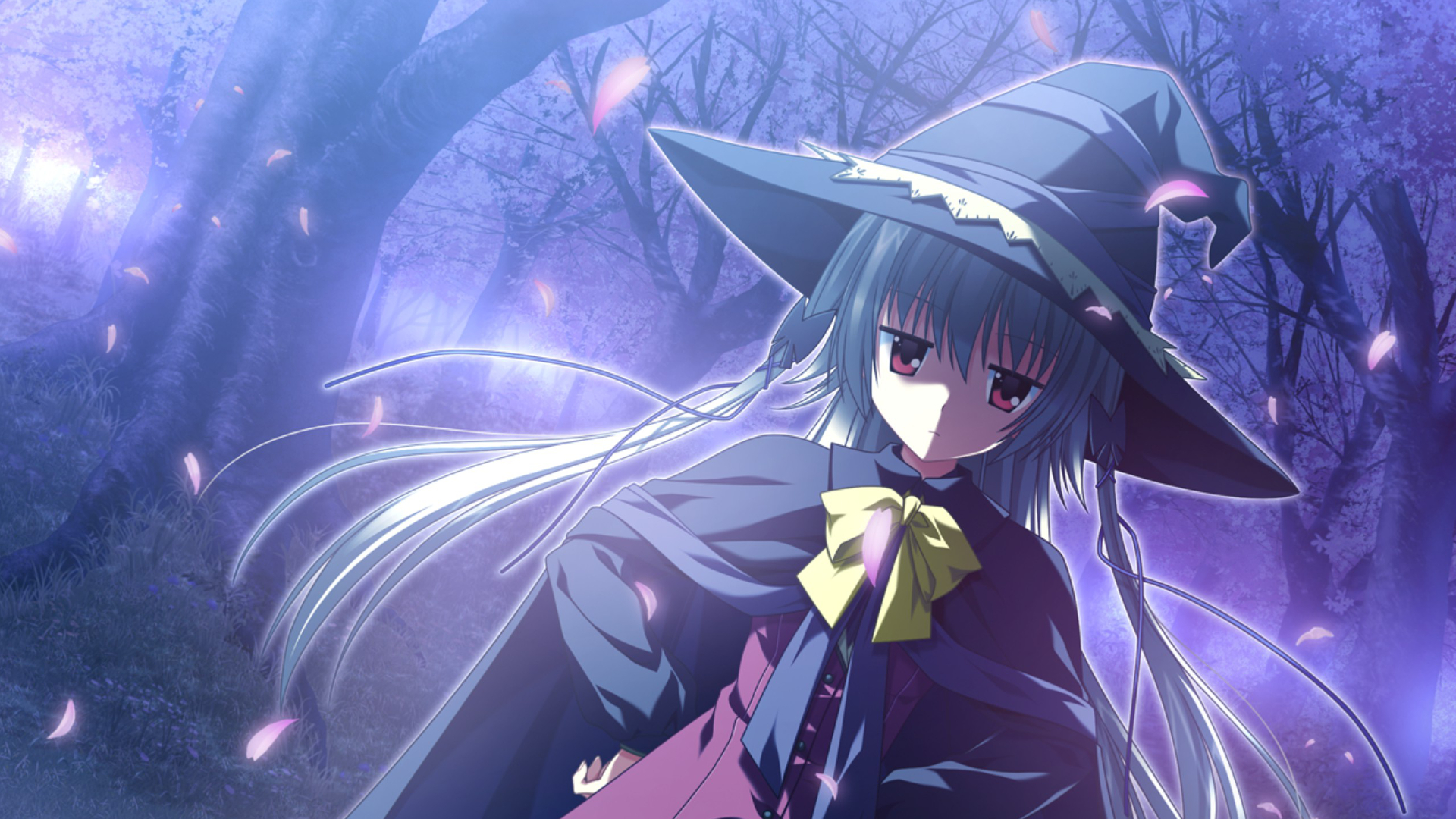 The reason for both having memory loss was due to the boat accident. Alice had come upon the two of them as Yukinari was on death’s door, and his mom made a wish for him to be saved. Alice is the type of witch that grants wishes based on taking one’s happy memories. Saving his life was such a powerful wish, it forced Yukinari’s mother in to a coma until payment was considered sufficiently paid. Yukinari lost his memories due to the near-death experience of the accident. As they awkwardly learn to live together as a family, chapter one sees Yukinari adjusting to his new life. It also focuses primarily on his relationship with his older cousin Sakura Narumi and a school beauty pageant.

Supipara Chapter 2 continues the story of Yukinari, but not as one might expect. You are not continuing on the events from Chapter one directly, but instead Yukinari is transported back to the moment of him returning to his hometown. He has no recollection of any events from Chapter 1, but there are some things he feels are slightly off. He ponders at why things feel familiar to him when he hasn’t returned in over seven years. The thing most bothering him is his newfound younger sister, Rikka, that is with him. While he nonchalantly accepts that she has always been there, he continuously questions if she truly is his sister. Similar to the first, they have returned to be reunited with their mother fresh out of her coma. Even their mother feels something is off with the little sister, but accepts it as her memory loss being the reason for it. Rikka is the butterfly effect that forces the changes in how the story plays out this time around. She now does all the cooking and housework, which forces Yukinari who handled those duties in the first chapter to do things a little differently this time around. 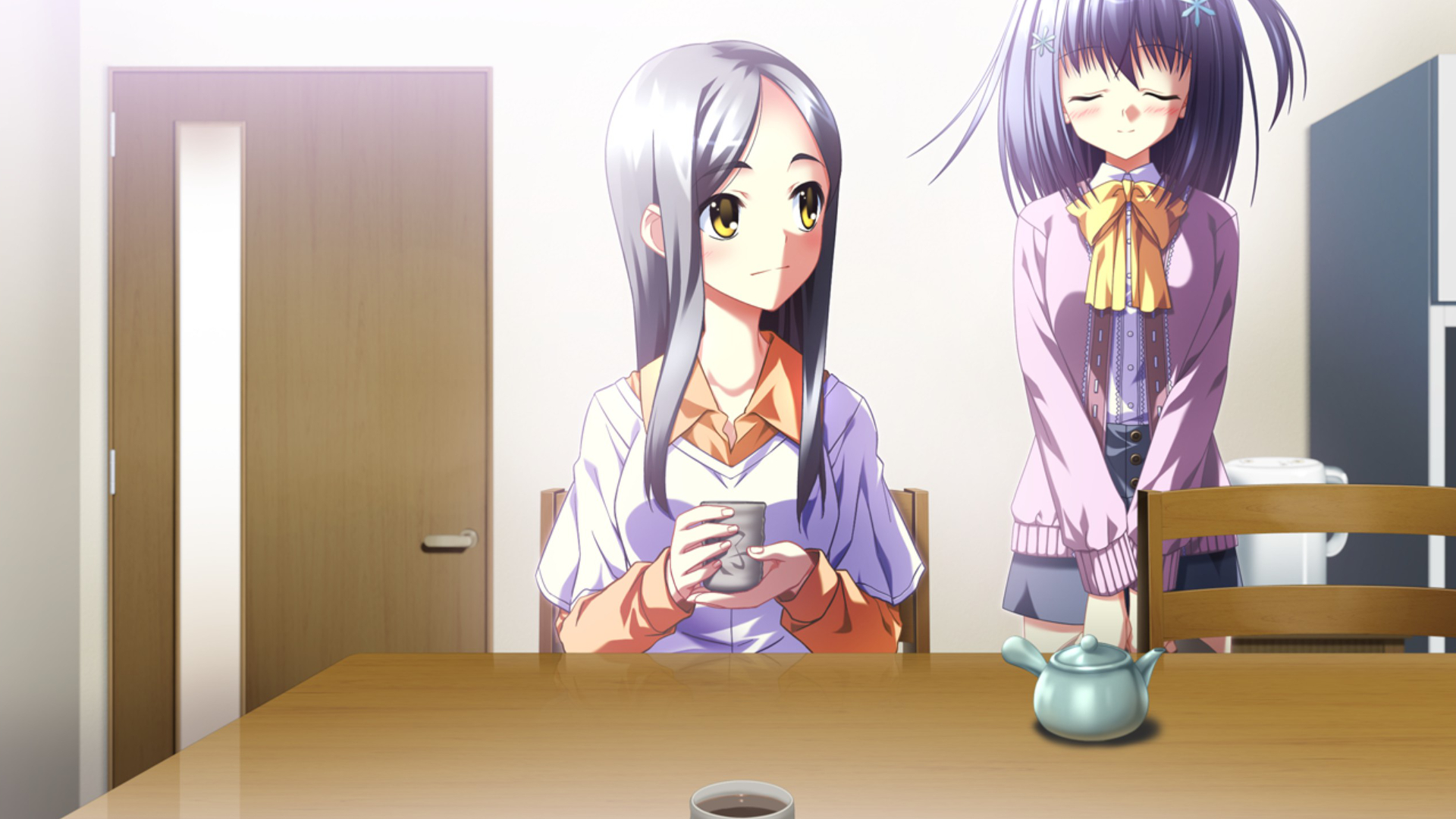 In Chapter 1 of Supipara I enjoyed learning much of the past that lead to Yukinari’s memory loss and how integral Alice was in it, but, frankly, the first chapter felt like such a generic visual novel story I didn’t care much about anything else. Sakura had been a purely cookie-cutter leading lady that she just never stood out. While I was worried about this being an issue with Chapter 2, thankfully this is not a problem doomed to be repeated. Thanks to Rikka’s role, everything leads to more interaction with this episode’s leading lady, Hotaru Amano. Hotaru is a true tsundere, and she is well aware of it. She is so well aware, that she completely owns this fact and even says only certain people are worthy of her “dere” side at one point in the story. Hotaru herself has a very tragic backstory, as her mom also perished on the same boating accident. We learn Hotaru formed a wish contract with Alice that allows her to receive two predictions a day, so she could try to be an angel and protect others from harm like her mother suffered. Since these predictions come daily, this causes her to lose happy memories slowly and plays an integral role in the story.

As Yukinari and Hotaru get closer, I loved seeing the small changes in her tundere persona gradually move from the tsun side to the dere side of things while never compromising her overall attitude. She was so well written, it was easy to form a connection with her as a character and the relationship the two had formed. I ended up feeling many of the same emotions that Yukinari felt as their relationship began to bloom from acquaintances to friends, and eventually more. As he begins to confront the fact she is losing more and more happy memories, some that include even him and her mother, you begin to experience the same worry that he does, being that she may forget the most important things to her. Emotional connection is never an easy thing to project, and while visual novels tend to have an easier time of doing it, Supipara absolutely nails it with their relationship. 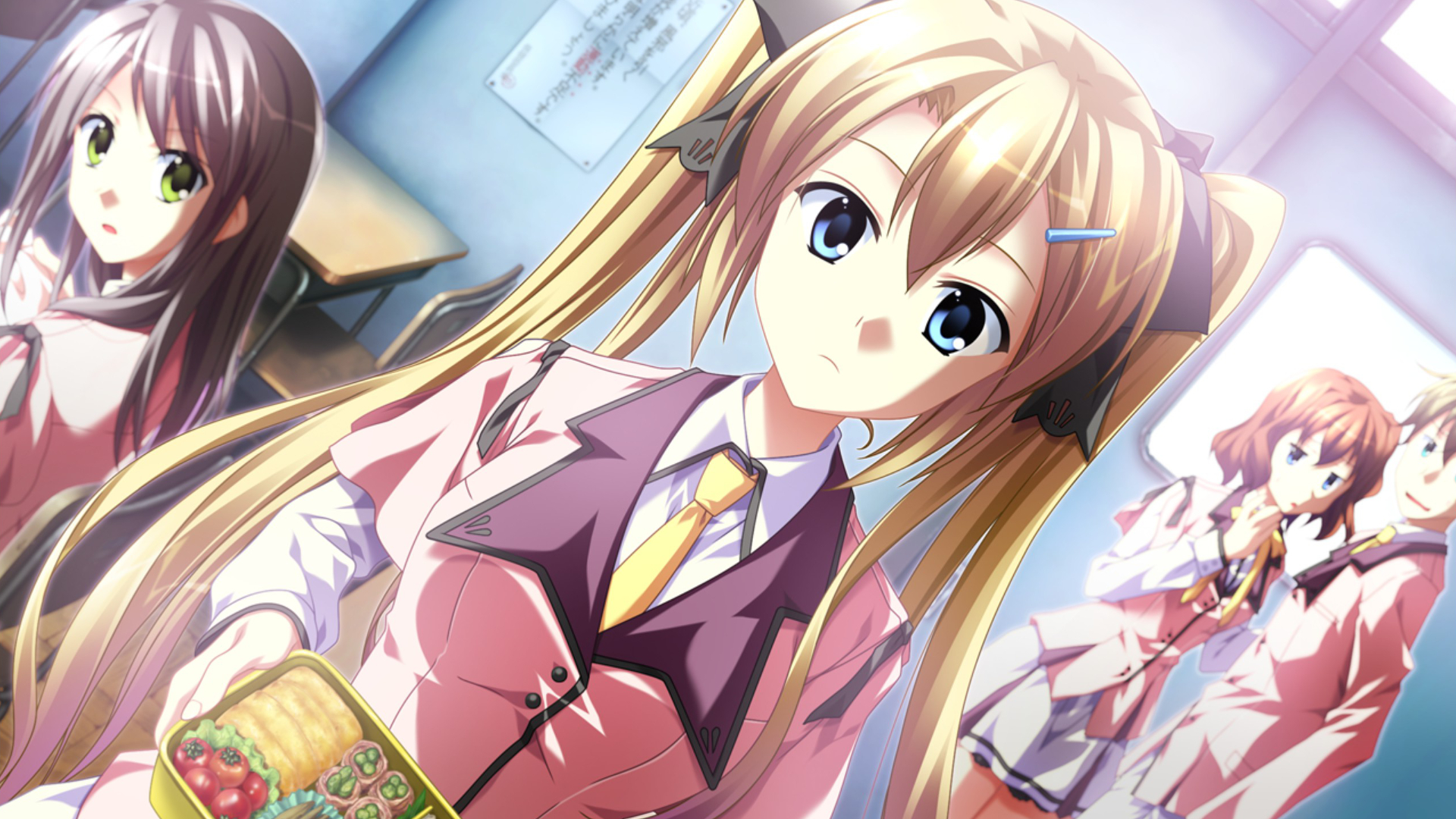 For me this chapter was also just a bit more that this being the route focused on Hotaru. From the moment Rikka was introduced, I kept having an unnerving feeling about what was truly happening around him and what Alice might actually be up to. Every time Rikka appeared on screen, I would shudder and want to curse her away. She just had this creepy, too-good-to-be-true sister vibe and it disturbed me immensely. It wasn’t a horror movie level of ‘creepy’, but like ‘stop being such a perfectly model role of a sister that never has any issues’ kind of off-putting. The game brings her around just enough to keep your interest from waning, and doesn’t deliver an interesting payoff at the end.

While the story itself is on-point it is boosted immensely by superb artwork, and considering that the game was developed by minori, the team behind the Eden* and ef series, I shouldn’t be surprised. The characters’ designs are interesting and mostly unique, but what sticks out the most are the slight animations of the characters. As the characters are conversing on screen, their mouths move and they blink their eyes. During some walking sequences they move like they should if they were walking together. These small things help set up an immersion that I wish more visual novels would include in their games. It is just a small enough addition, that it alleviates the issue I have of sometimes getting tired of looking at the same static images for hours. 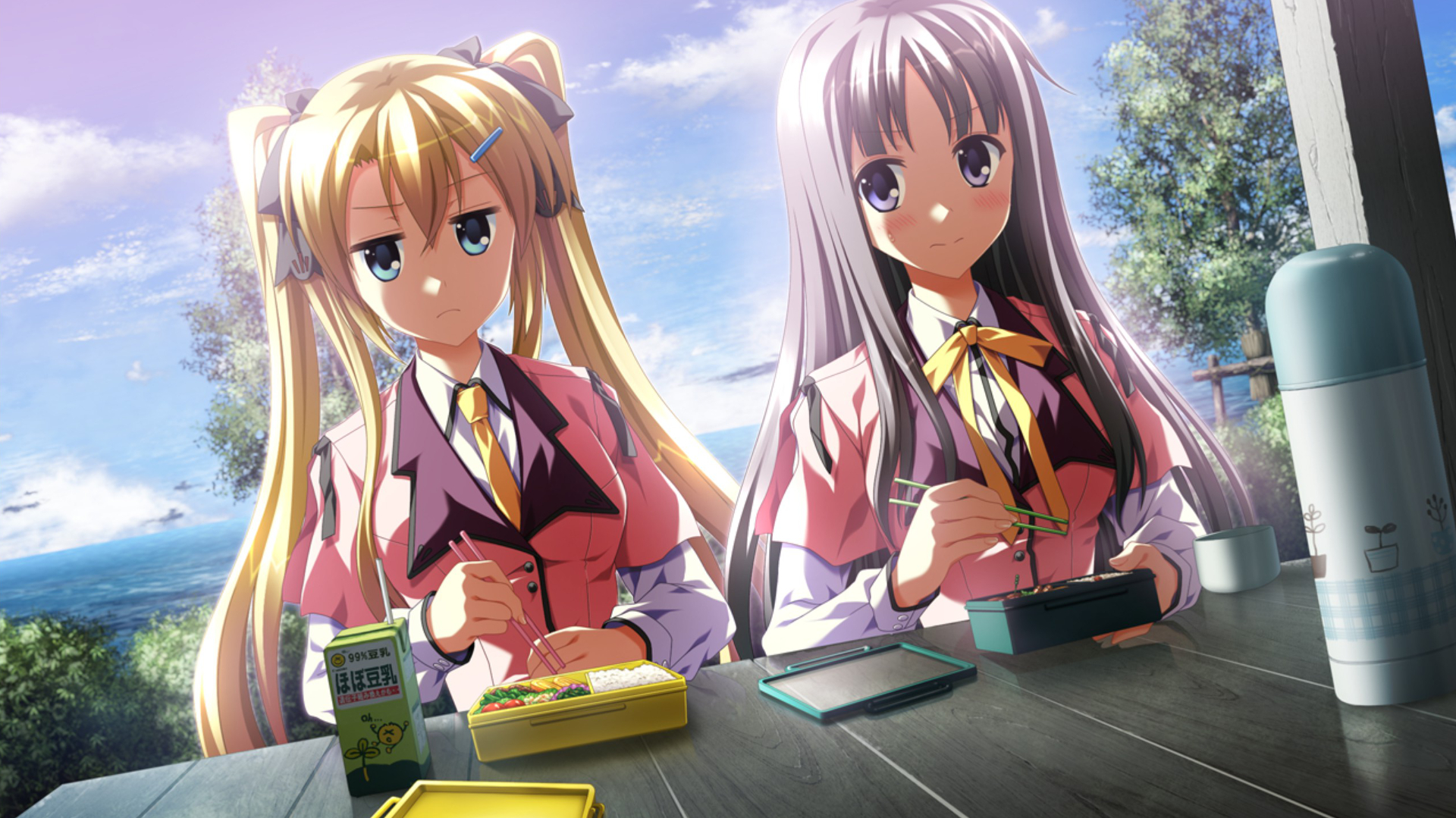 The visuals on the various settings and CG scenes are also top-notch, primarily when it comes to the Cherry Blossom forest. Every time the story went there at night, I was in awe at the beauty of it. The CG scenes are numerous, some of which will be ingrained in your memory for a long time. All of the scenes add up to quite a catalogue of ‘Snaps’ within the Memories you are allowed to revisit after you finish the game. Also found in the Memories post-completion is the music from the game. The music is composed beautifully, and I loved that they give you a chance to revisit over thirty of the tracks afterward. I sometimes left the game running as I got distracted by other things and paid no mind that the same track was on loop for long periods.

The only issue about this game that bothered me was the game client. The UI that is built in as you are playing the game felt completely outdated and clunky. You have the option of right-clicking to access features such as save, load, settings, etc., or you can press ALT and a certain key press. The problem was the trial and error of figuring out that ALT was the keypress needed, and left me aggravated by the time I figured it out. Many newer visual novel engines like Ren’Py alleviate the need for clunky systems that were used back when I first started playing visual novels in the late ’90s. Another annoying function was trying to take screenshots through the Steam client. If I did it while following the story, it would always screenshot the text even if I had it hidden. If I didn’t have the game full-screen, it would save the game with a lot of extra black area around the game’s screenshot. I learned that the best option was just to wait until you could access the Snaps after the game was completed, but it caused me to miss out on screenshots not hindered by text from conversation points. 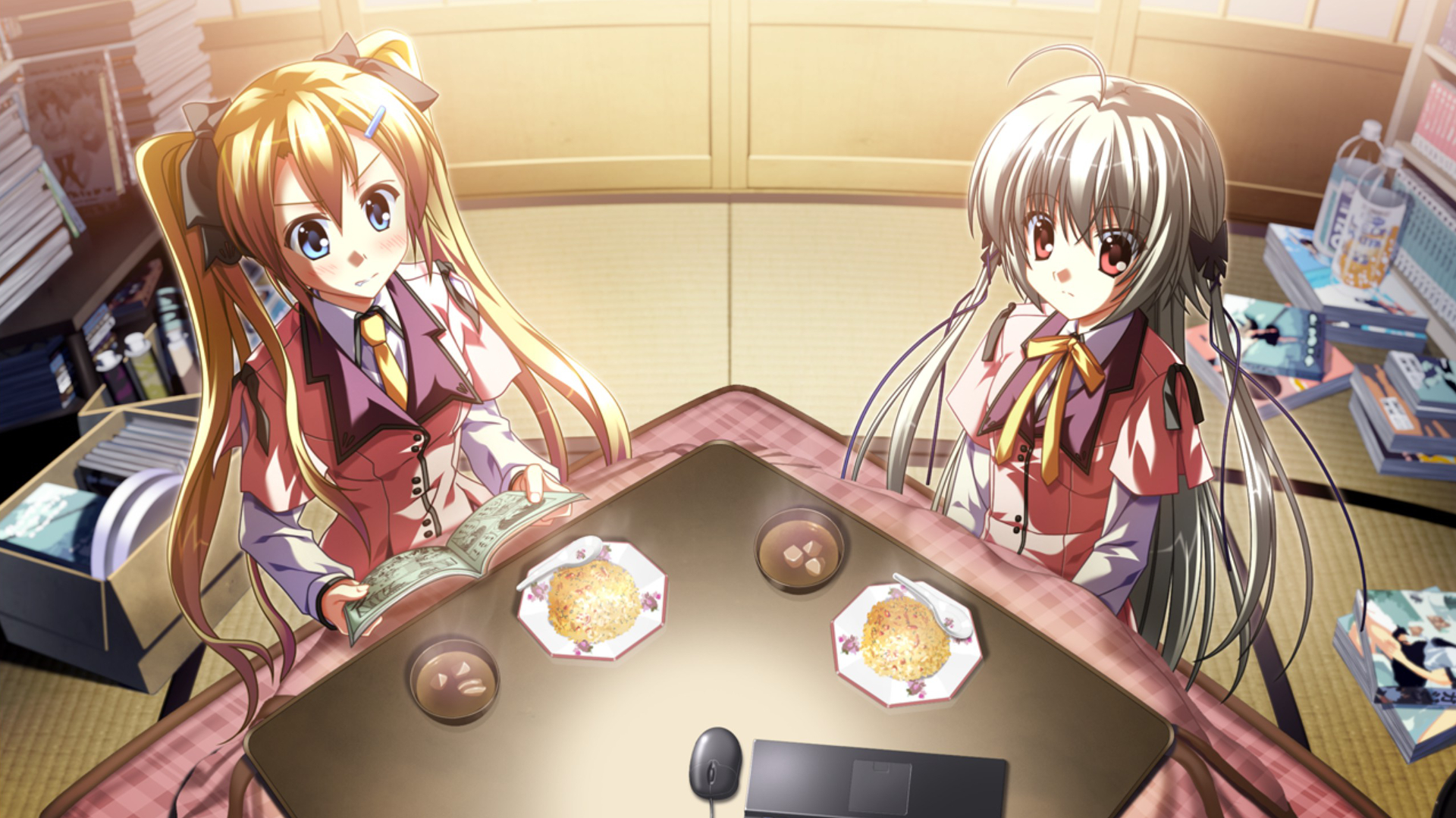 By the Supipara Chapter 2 concluded I was left yearning for the next chapter, which will focus on the shrine maiden, Momiji, and hopefully shed more light on Alice’s true intentions. The fact we may never see the next chapter, or the remaining three chapters is a valid concern, on which I will briefly elaborate. Due to poor sales numbers in Japan, minori shelved the remaining three chapters and will continue work only based off of how well Supipara and other minori titles sell in the western markets. Even with Chapter 3 hinging on sales numbers, I can assure you that playing the first two chapters are well worth it even with the fear it may never find its conclusion for the overall story arc. You can even play this chapter as a stand alone story if you want to skip the bland relationship route of the first, but I don’t recommend it as you don’t get to truly understand the back story and some moments that occur.

Supipara Chapter 2 takes an interesting premise introduced in Chapter 1 that failed to fully connect, yet this time manages to excel with a much better story and focus that features a more dynamic leading lady. Hotaru is definitely one of the best characters I’ve ever seen in a visual novel. Overall it struck all the right chords emotionally and actually had me in tears, and considering how much I can’t stop thinking about everything that played out, it will definitely stick with me for a long time.

Supipara Chapter 2 is an excellent example of what one can experience in a visual novel focused on cute girls, yet still featuring a well-crafted story, characters, and relationships.