I’m a fan of many gaming genres, as I tend to dabble in many games across many different platforms. Although my tastes tend to lean towards RPGs, I do enjoy cleansing my gaming palette with something different every now and then. So when I need a break from grinding experience points, defeating swaths of enemies, or exploring vast unknown worlds, I dive into an indie game like Vandals.

Vandals is a stealth puzzle game in the same vein as the titles Hitman GO and Lara Croft GO. If you’ve played either of those, you’ll be familiar with the basic flow of the game. You play as a street artist, presumably named Pseudo, on a mission to spray his tags all over various cities. 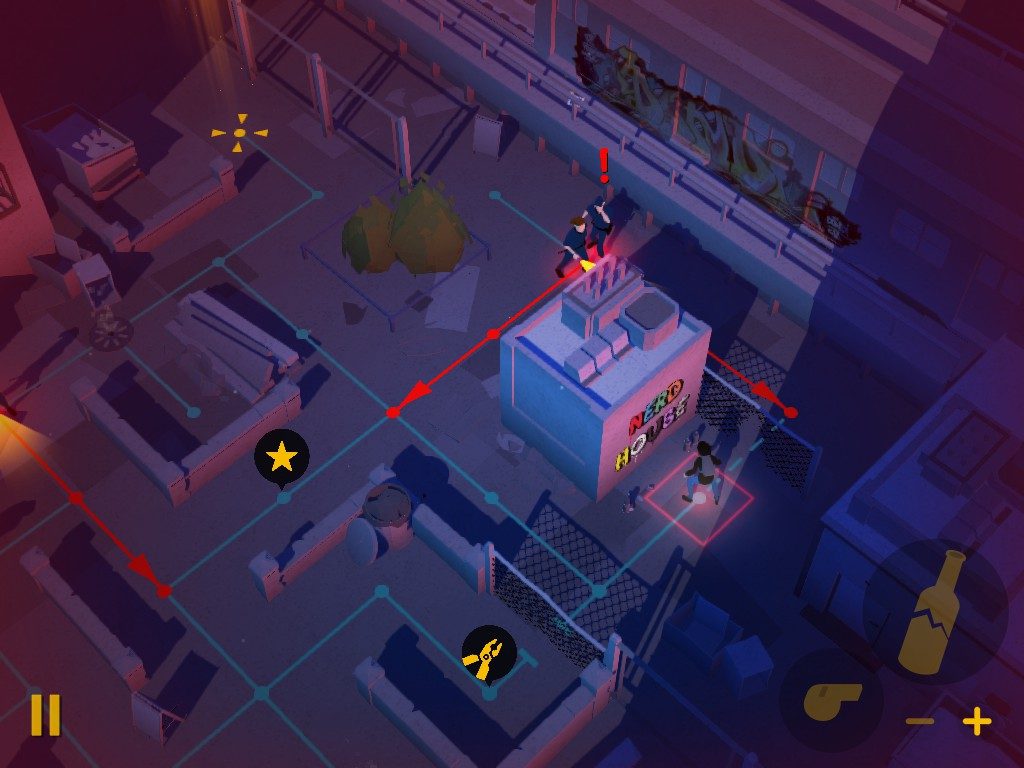 The first thing I noticed about Vandals was the really chill vibe the soundtrack had, which is a big plus for me personally. I love video game music, and when a game has great music it draws me into the game further. Vandal’s soundtrack did just that, with each stage/city having a distinct vibe to them.

The visuals are no slouch either. The title screen intro itself gives you an idea of what the game is about and its source material, that being the history of street art. You can definitely see the influence, and finding the hidden collectibles every few levels carefully placed near an example of the art they describe is a great way to engage players in the game’s way of presenting this information. 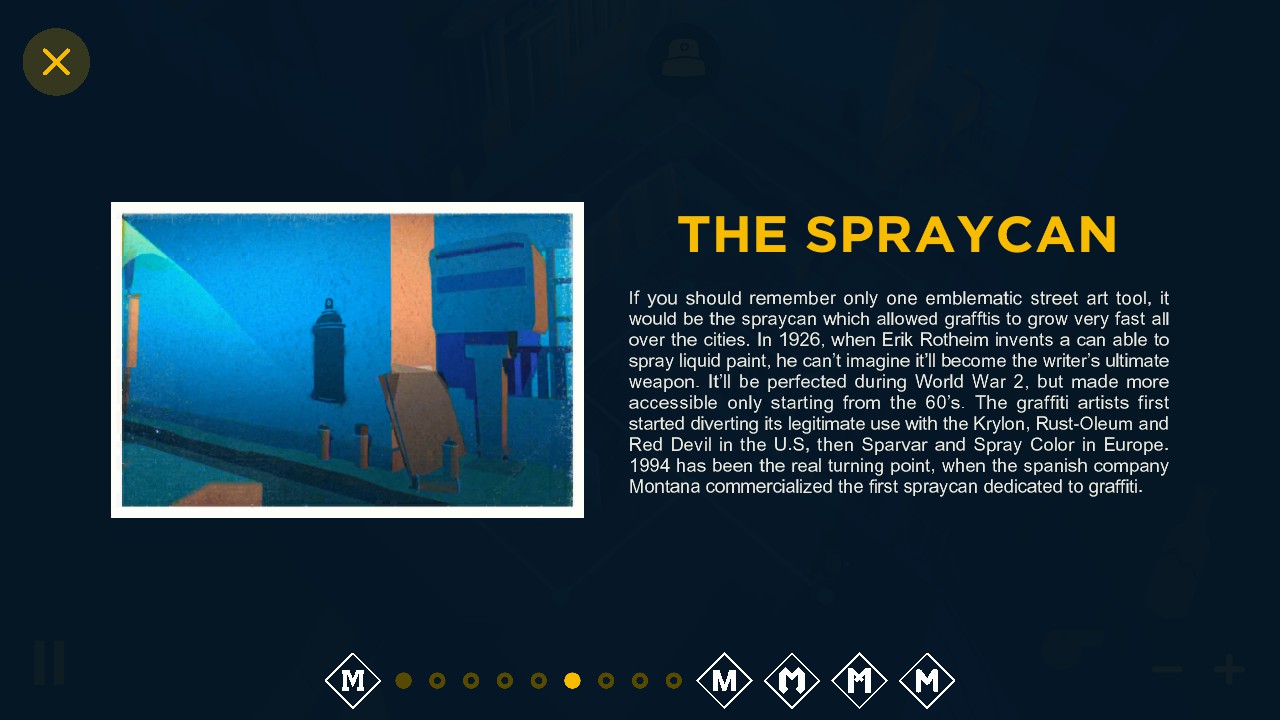 The player can move Pseudo on a pre-determined path on each stage that has obstacles strewn about. These obstacles can be anything from a fence, walls, and even police. The objective is to tag a specific wall in each stage and make it to the exit point without being caught by the police. In the early stages, this is not very hard to achieve, but as the game progress into the 5 different cities it gets a lot more challenging. Each city has 10 stages, plus 2 bonus stages which are unlocked by collecting stars in each stage. These stars are achieved by remaining unnoticed by the police, picking up the Bonus item, and finishing the stage in a specified number of turns. Again, early on it’s very easy to get 3 stars, but later it becomes extremely challenging. Completionists, you have been warned!

The actual tagging part is where your own art skills can shine. In the options menu, there is a field where you can type anything up to 10 characters. Whatever you put here is what you can use as a sort of stencil in the tagging sections if you so wish. Or you can use the available tools to spray your own masterpiece. There are 10 colors and 3 spray sizes available to put your own little mark in each stage. Peep the masterpiece below! 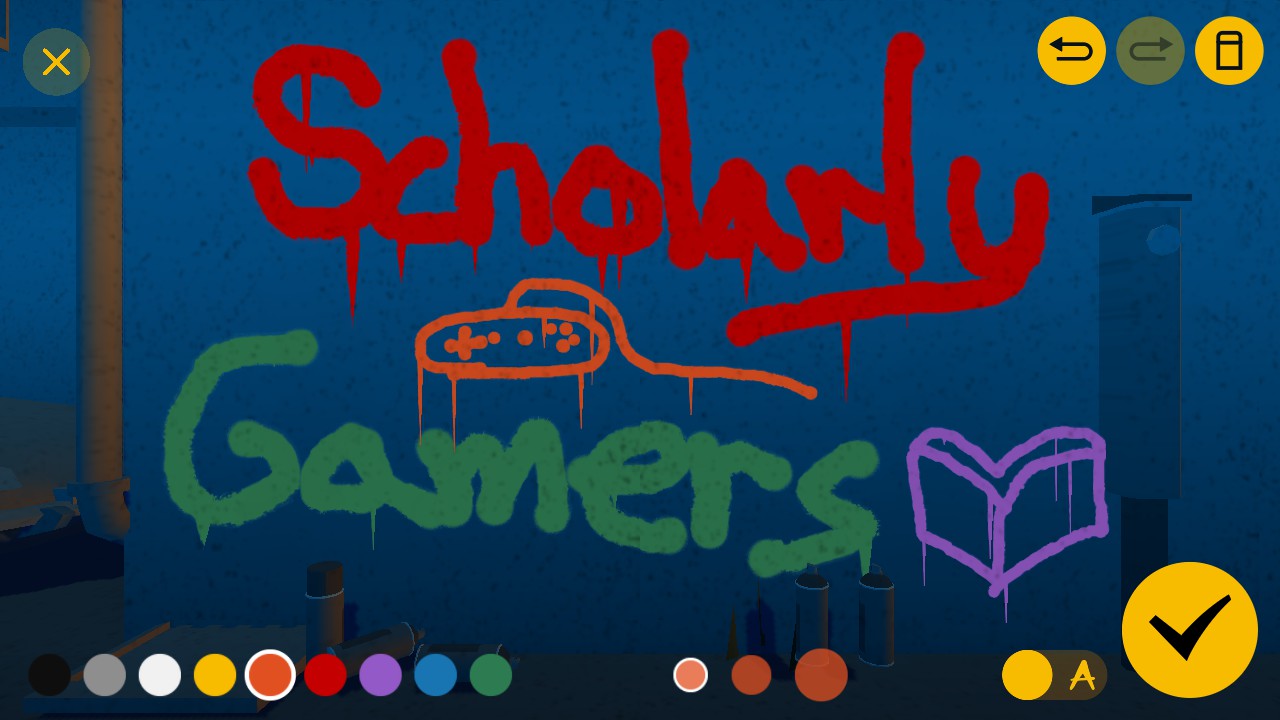 Avoiding the police is where the real challenge of Vandals comes from. Early on the police are stationary and only move when you alert them (by making noise). Later on they will patrol a specific path or look down alleys each turn. Every time you move, they also move. In this way, the game is somewhat of a turn-based affair. This allows for you to carefully plan your every move as you carefully make your way around the police, place your tag, and escape.

Each city introduces new ways for you to move around each stage and distract the police. By default, you are able to whistle when near police to get them to chase you, but be careful not to get caught. You are also able to cut fences to slip through them, utilize manholes to quickly move across the stage to set locations, and other things I won’t spoil here. 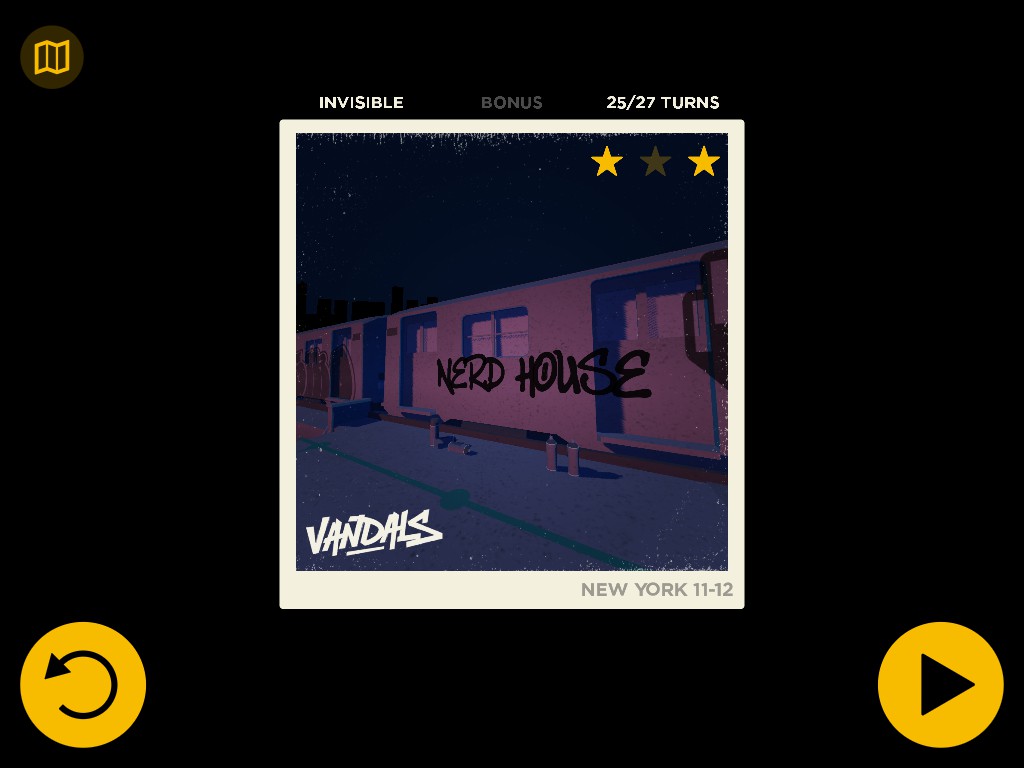 At the end of the day, I would definitely recommend Vandals to anyone who enjoys a casual experience. Even if you’ve never played a game like this before, it’s really easy to dive into and get a grasp on the mechanics quickly. For a few bucks it’s easily worth picking up to add to your library.