Within my circle of friends I was quite skeptical about this remake. With the Ico and Shadow of the Colossus PS3 ports released only four years prior, what benefit could this have over a port that already solved the PlayStation 2 versions most major issue: stable frame rate. Despite this, I was very excited to see if Bluepoint properly carried the spirit of one of my favorite games. They definitely were successful. 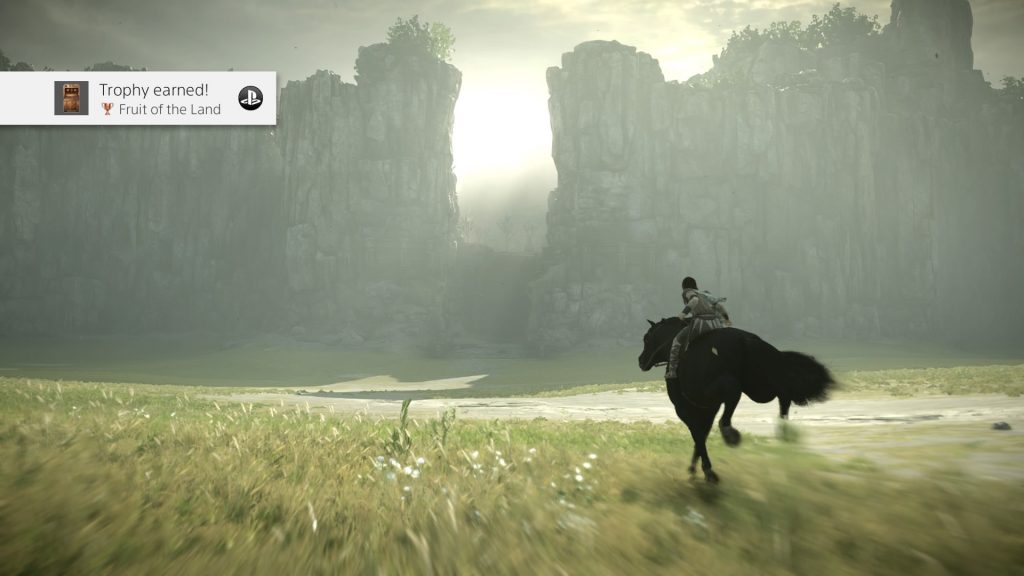 Shadow of the Colossus is easily the most beautiful game I have played in a few years. Bluepoint being able to work closely with Japan Studio has allowed them to access the full power of the PlayStation 4. The re-crafting of the world is something that both new players and returning players can enjoy, with veterans of the original games looking for the little differences in places all over the map.

The two forests that serve as roads you travel through on the way to Colossi 6 and 12 respectively are much more lush, showing vegetation such as mushrooms, much more varied plants, ferns, and flowers. in the original versions these areas featured a flat leaf texture to compliment them. The lighting of these areas is incredibly dynamic as well, sun filtering through the canopy in beautiful fashion, a stark difference from the solid shadows in the original.

The deserts in Shadow of the Colossus are much more striking. With it being the grand reveal shot of the opening, you immediately get a much greater sense of heat and the sand in the wind. The blinding rays of the sun as you exit into the Western desert from the previously mentioned forest is retained, which I believe most old fans will appreciate. Water effects are added in the dank, dark caves you visit, as well as fireflies and bats. 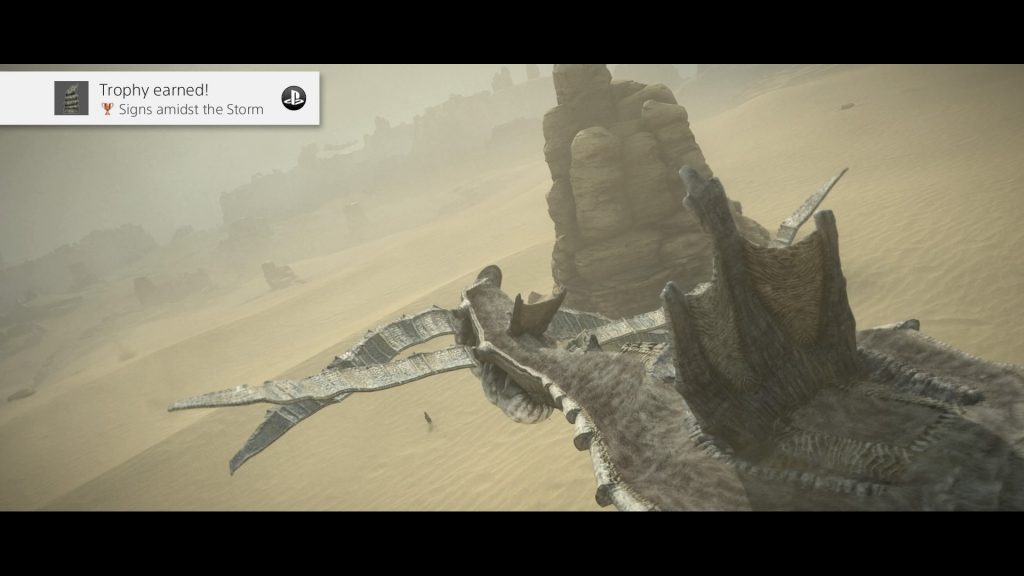 For all that has been added to the world, I feel equally disappointed with the changes to Wander’s face. While the art style is beautiful, there is something I can’t quite figure out that has changed about him in the shift. Beyond that, Wander carries himself in a more confident manner, detracting from the clumsiness of the original, a quirk many pointed out to being a signal of how young and unskilled the protagonist was – and how despite this, he loves Mono enough to battle the Colossi. 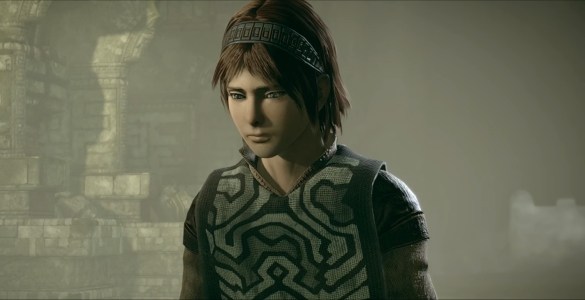 The audio section of Shadow of the Colossus received an overhaul as well. A new phasing technique was used on Dormin’s voices, which becomes incredibly noticeable in the opening, and quite frankly, annoying in how often they employ this. The audio has also been remixed so that the female half of Dormin’s voice is more noticeable. All the Colossi have new audio, from their shrieks and roars, to the sounds their weapons and stomps make. I found this the most refreshing change, as it brought a new sense of terror to these fights. The music remains intact from the PS2 version as far as I can tell – no orchestral re-recordings. 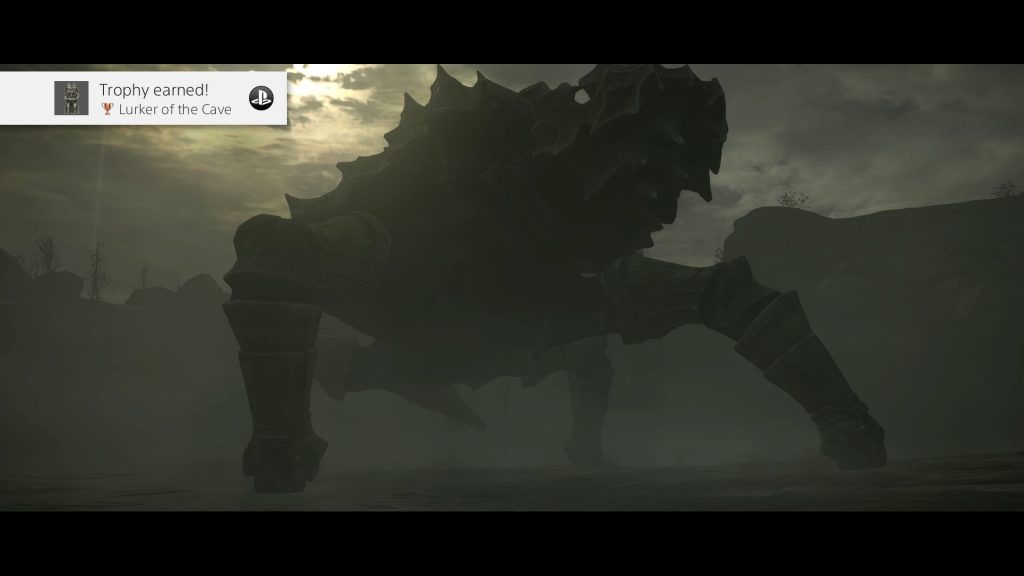 This is where the remake shines the most. For returning veterans, Hard Mode is unlocked from the start, and an Easy Mode has been added. There is an array of new features for sound, changing from the simple choice of Mono and Stereo, to head set, home theater, and TV speakers. You can also set it to automatically lower volume during loud sections of the game. New to the game is HUD customization, with On, Off, or Dynamic. You can also choose to arrange the HUD to the original lay out of the game, though you cannot choose the original HUD graphics. A beautiful and well-implemented Photo Mode was added, which can be used in-game play or cut scenes, allowing players to take artistic shots of an equally artistic game.

For newer players, increases to health and grip gauge are made much more noticeable. The grip gauge remains the same size, with a bar elongating from its left side to show how much extra grip you have gained. Eating a lizard tail or fruit gives a much more noticeable chime, and the bars glow significantly in order to inform the player that an increase is taking place. Despite this, the game can be completed easier with less grip available now, as Colossi shake noticeably less, and appear to take a lot more damage, even on Normal. There is also a revamped control scheme that may feel more comfortable to a new player, though I chose to stick with the original control scheme.

Time Attack received an overhaul as well, with some times being shortened or lengthened, and most importantly, Time Attack items from both difficulties being able to exist on the same file. When selecting the New Game + option from the main menu, you can take a completed file from Normal on to Hard (or vice versa) and carry over Time Attack items you have unlocked, therefore allowing you to use item combinations impossible in previous versions of the game.

Lastly, a new collectible was added, Coins of Enlightenment, giving new players a solid goal in exploring the giant map, and giving returning players an excuse to revisit it.

All of these graphical and quality of life changes combined with the fact that it is the same game under the hood will lead to old players enjoying the game within a beautiful new coat of paint, and new players have what is honestly the best way to experience the game for the first time. If you missed out on the PS3 re-release, definitely pick this up, you will love revisiting this game. If you already played the previous re-release, I recommend waiting for a price drop. 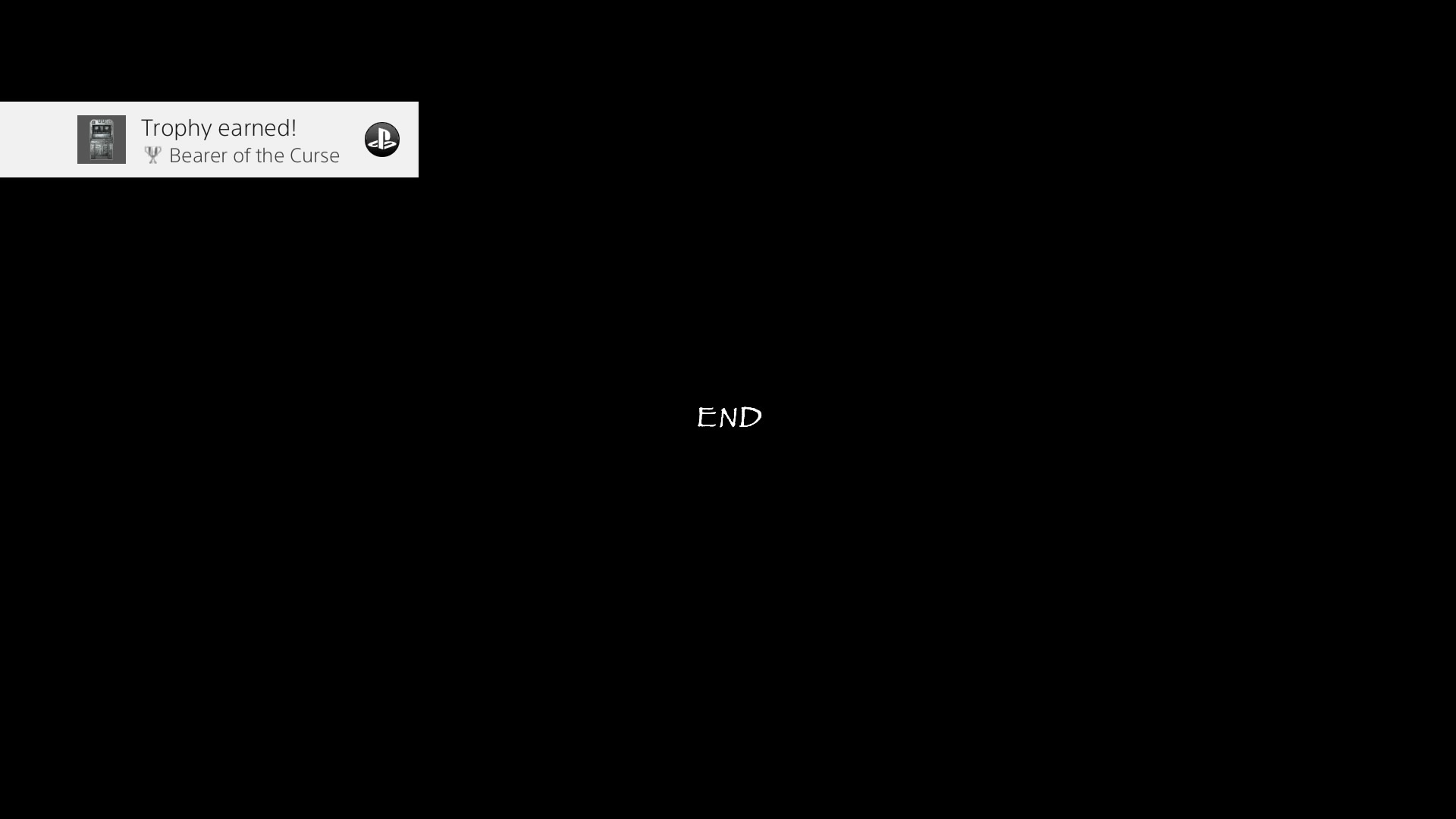 A marvelous recreation of an already great title. Despite this, Shadow of the Colossus is still a PS2 game, and there may be problems that a more modern player may notice that were norms of the industry at the time.

The copy of the game was purchased by the reviewer.