I have a curious relationship with The Escapists franchise, and the most recent entry, The Escapists 2, works diligently to both change my preconceptions and reaffirm old ones. The series forms a bizarre mix for me; I absolutely love sandbox titles that leave you to your own devices, but in the same breath I find it frustrating when so much of the game depends upon tireless trial-and-error layered with a certain amount of RNG (random number generation). This is the line that The Escapists series treads, but Team17‘s latest entry has refined the formula to make the game more accessible and enjoyable in every facet; all without sacrificing on the challenge or strategy required.

I’ll disclose it right now: I’m not good at these games, but I do enjoy the challenge that they present. 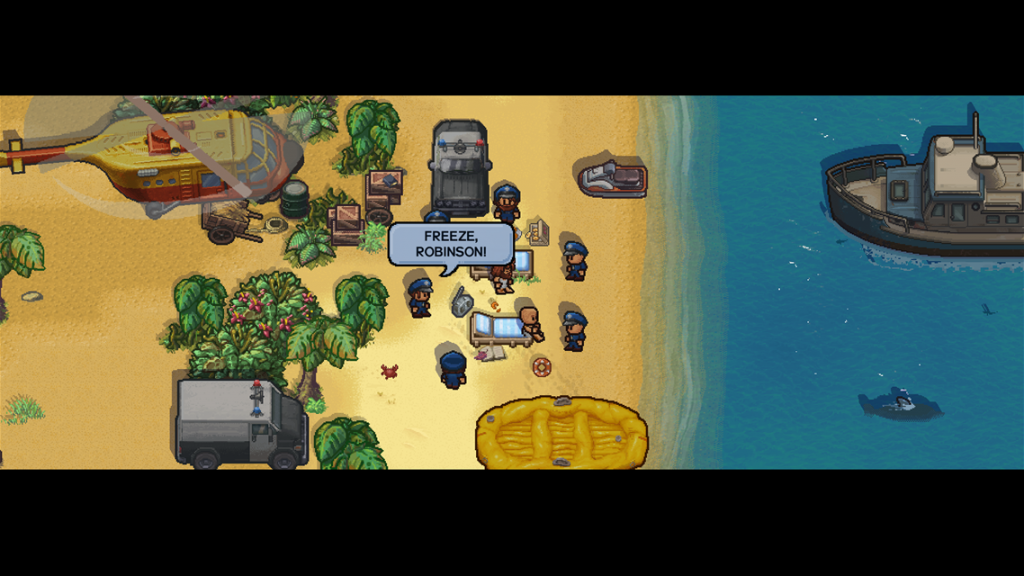 The Escapists, as a franchise, is simple in premise, yet complex in its execution. The game places you into the daily routine of a prisoner with a singular end goal: escape, by any means possible. From the onset, one of the most important things to get a grasp on is the lay of the land, as it were; each prison has its own unique layout, personnel (staff, guards, and prisoners), and challenges to overcome.

My story with The Escapists 2 began in ‘Center Perks 2.0’, the first full level after a short, albeit charming, tutorial mission that covers the basic mechanics of how to plot an escape. The prison should feel familiar to those who’ve played the first game, as the flavour text notes: “After a ridiculous amount of escapes and a devastating review from the Inspection committee, the warden of Center Perks decided to rip his beloved prison down and rebuild a more secure version”. In true Escapists fashion, I awoke in my cell in time for morning Roll Call, the first activity of the day. Lining up with fellow inmates I was loosely introduced to the guard staff, and learned the names of the two unlucky souls destined for a cell shakedown. The clock struck 08:00, and we were whisked off to breakfast and the rest of our day’s regimented schedule. 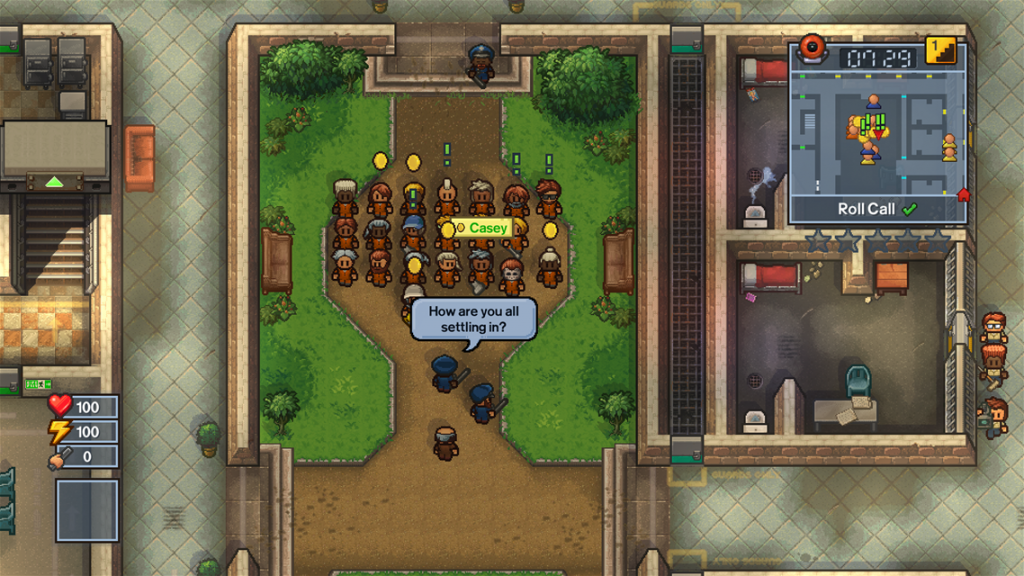 Prison life’s schedule moves along a fairly predictable path on a map-by-map basis, with each prison holding its own itinerary for the day’s events, no matter what date it is. The first prison, Center Perks 2.0, carries a fairly relaxed day with plenty of free time to explore and execute your plans, whereas the third map (Rattlesnake Springs) is more regulated and supervised. With each prison’s daily schedule you are expected to check-in, or participate, in the given hour’s activity. Breakfast / Lunch / Dinner? You need to takes at least a single step into the cafeteria before the hour’s up. Exercise time? Same thing; you need to simply stick a single toe into the gym in order to make count by the guards supervising. Failure to abide by those rules will raise the prison’s security level by a half-star (out of five total) that ramps up the difficulty a little bit with each step.

Many of The Escapists‘ trademark ‘hmmm’ moments come from the bit of contemplation one must put towards virtually everything that they pick up around the prisons. The list of available items is split cleanly in two between permitted items and contraband; the former is permitted anywhere at anytime, whereas the latter is forbidden within the prison walls and will be outright confiscated or cause issue with the prison staff if detected. Unsurprisingly, the contraband is where most of your ‘lifting power’ comes from when planning escapes, and it often take a bit of finesse to secure your required tools without causing (too much) alarm. More on that in a moment.

Though the comparison may sound strange on the surface, I got some Dead Rising vibes right from the onset of my play sessions in the first Escapists game; the franchise presents in-game items alongside a ‘you can use anything at your disposal to play the game you want’ mantra. On paper, it sounds great, but I’ve since lost count of how many paperclips, bottles of aftershave, or bottles of hand lotion I’ve dumped in the hallways or other prison cells when I’ve looted something with more apparent value. Where the most recent title expands upon the crafting system, however, is a more clear-and-concise presentation of what recipes are available and what items are required to craft it. 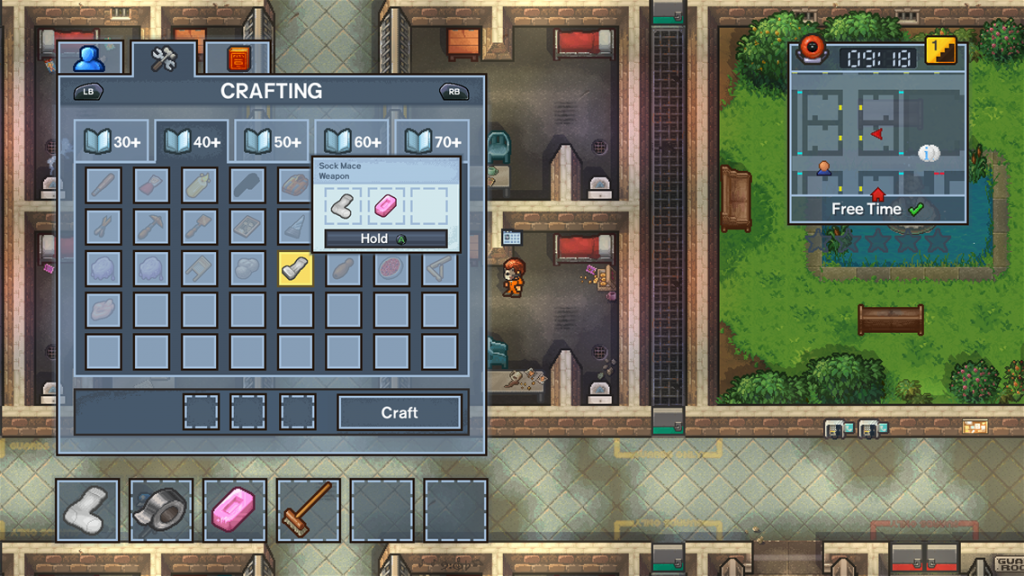 Beyond Health and Stamina (energy), there are three primary stats in The Escapists 2: Strength, Fitness, and Intellect. Each of these may be raised day-by-day in the prison at the Gym (Strength / Fitness) or Library (Intellect). All three involve a quick time event (QTE) mini-game played out with the controller triggers at the expense of your stamina, and will increase at a marginal pace. The two physique-oriented stats impact your combat abilities, and intellect unlocks crafting recipes every 10 points between 30 and 70. It’s not too difficult a task to max out all three stats at 100 (each) within a few days’ passing if you spend your free time in the gym, but there isn’t a great deal of merit to it if you’re planning on making your way out of the prison quickly and without much muss or fuss.

The prison is a living and breathing place. As noted above, there are administrative staff, guards, and fellow inmates to engage with. The bulk of your interactivity will come from prisoners that have micro-quests for you to carry out (get X from Y’s prison cell or find X and bring it to me, kind of thing) that will in turn award a few gold coins for your pocket. These coins can, in turn, be used to buy supplies from other inmates (or used to phone for escape tips at the payphone). Each of these prisoners will also have an Opinion stat which quantifies just how much they do (or don’t) like you. Helping them out raises this stat, while failing missions or fighting / stealing from them will lower it. A lower Opinion score will translate to more fistfights in the yard or restrictions placed upon what they would otherwise sell you.

In some prisons, your neighbours can even be an obstacle to your escape; it’s difficult to tunnel out of your room or break through the back wall when there’s someone in the bed nearby that stands to lose if the guards discover your plans. If you find yourself saddled with an unwelcome companion, you will need to get creative with your strategy to hide the escape plans from them in addition to the ever-watching guard staff. 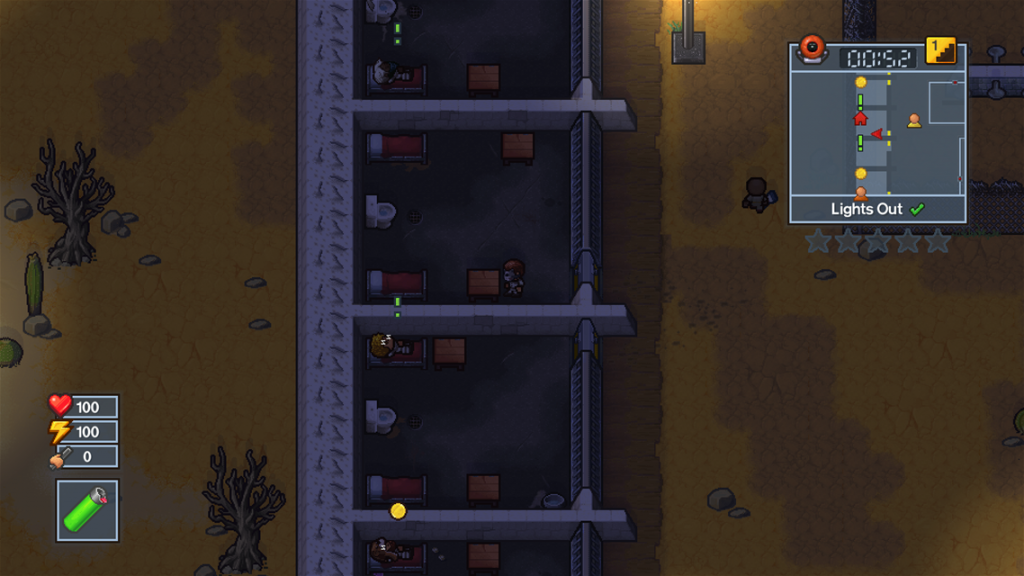 As mentioned above, there are a ton of opportunities for escape from the game’s prisons – the challenge lies in uncovering viable methods, and covering your tracks as you go along. It’s simple enough to say, for example, “I’d like to tunnel out of here”, but the relatively straightforward declaration hinges on several things:

It is in lists like the one above that I found frustration in The Escapists 2, but having played its predecessors I fully acknowledge that it’s what I signed up for. Here’s how my first escape went from Center Perks 2.0:

Remember: I told you that I’m not good at these games. 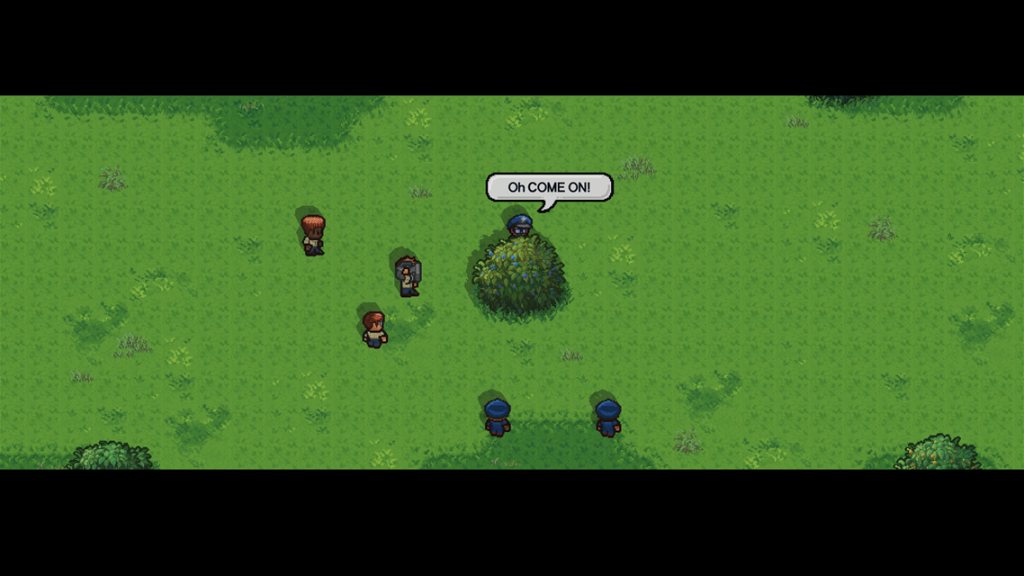 After I’d beaten the first prison map (but before I tried the second and third), I was talking with Escapists mastermind and SG co-owner Matt Ferguson about the game. He’d asked me what I thought of the game, and my first impression was of more ambivalence than I’d expected. See, it’d been 6+ months since I’d last played the first entry to the series, and my mind’s eye was painting it as though it was very much akin to The Escapists 2. I had to load up the original to see just how different the visual style, UI, controls, and everything else compared directly against the newer title.

They are very different.

I don’t want to strike too heavy a note when comparing visual styles as they’re both intentionally retro-style pixel-art games with cartoony visuals as a result of art design, not game engine limitations. Moving from the first to second title, however, is comparable to the jump between Super Mario Bros. and Super Mario Bros. 3, if not more stark. The visuals in Escapists 2 are a higher-resolution, to be sure, which lends for crisp, still-retro visuals that are much nicer to spend hours in front of. What left an even larger impact on me, however, was the user interface changes to crafting that took it away from Minecraft-ian ‘drag and drop and hope’ to a tabbed bundle of sheets that display all of the recipes in one location. If you have the intellect score and the components on-hand, recipes illuminate and present themselves for a one-button press to craft them. It’s a small quality-of-life fix, but for a game that requires so much crafting, the polish / redesign in this area is loads better.

As a small, spoiler-free footer note: the second level in The Escapists 2 is a departure from how the prisons I’m used to have normally played out, and I enjoyed the brief break from traditional escape planning. You may find it to be the treat that I did, too.

In playing a few levels of The Escapists 2, I got a great early impression on how the remainder of the game will shape up, and had a chance to explore the various refinements that the developers had made on the original formula that brought the cult-standing success that the game has received. There wasn’t a single moment where I wished to myself that some given feature were brought back from the original game, which should in itself speak volumes. Standing next to its predecessor(s), The Escapists 2 matches or improves upon every facet, and reinforced itself with some entirely new ones, like the inclusion of Co-op gaming (which, sadly, I didn’t get a chance to try out as I have a few friends who’d secured this title on other platforms).

The Escapists 2 refines the formula upon which it is based and brings in a healthy number of maps, play styles, user interface upgrades, and core systems (such as multiplayer) that set it fully aside from its predecessors. Not for those looking for a simple time-killing game, but rather for someone seeking to scope out an environment, learn the mechanisms of a control system, and strategically find ways to subvert them.