Steep Road to the Olympics Review

I feel I have to start this review with a disclaimer before we continue, I LOVE STEEP, there, I said it. When Steep launched in December 2016, it quickly became my GOTY and gave me countless hours of playtime. If you are unfamiliar with the game, let me bring you up to speed. Steep is an extreme sports game set in the Alps and Alaska (Denali was added later as a free update) which can be explored freely. How you explore these expansive environments is completely up for you to decide though. If you wish to just trek around and explore the stunning detail of the environments, then that is an option. Or you could opt to ski or snowboard to your heart’s content. Perhaps you fancy slowly meandering through the skies via paragliding? Or you can even fly through the mountains at dizzying speeds courtesy of wingsuit flying! There even more Xtreme [sic] options as well, such as the rocket wingsuit, speed skiing, and base jumping. With in-game leader boards, tournaments, and hundreds of activities, there is plenty of content prior to Road to the Olympics that will keep you occupied.

With that being said, Steep is probably not for everybody. I think my disposition towards the game has a lot to do with spending a lot of time on the slopes myself. I was fortunate to live in Colorado for several years, and have spent plenty of time on slopes such as Breckenridge, Keystone, Arapahoe Basin, and others. This first-hand experience with winter sports and the physics of snow helps me appreciate the game, which does not play anything like other ‘snowboarding games’ such as SSX. What this results in is a game that is exceptionally fun to play casually skiing around and taking in the sights, but chasing 100% gold medals or even the top of the leader boards could lead to be quite frustrating for many. Chasing gold was indeed my primary incentive throughout the base game, as well as achieving 100% exploration; as there is a lot of area to cover. With the competitive nature of the game, it makes complete sense to offer an Olympic themed expansion.

Although many critics claim that the structured format of the Olympics does not lend itself to the ‘freestyle’ nature of Steep, I think these Olympians would disagree:

Road to the Olympics, despite its name, includes so much more than just Olympic events. It introduces new open world playgrounds set in South Korea and Japan. Japan specifically has some tremendous ‘deep-snow’ powder action, and some of the vistas are beautiful; if you like cherry blossoms, you are certainly in for a treat. In typical Steep fashion, these massifs offer a variety of new challenges for you. Some are effectively just interactive tours enabling you to take in the sights, whilst others are considerably challenging time-trials, checkpoint races, or trick scoring events that will push you to your limit. This also means that you will have hours of new exploration to partake in, I myself have played for several hours already and I have barely scratched the surface so far. In addition to these great additions to what was already a brilliant game, Steep has now been upgraded to fully take advantage of the Xbox One X and the Playstion 4 Pro. That is right, if you have a 4K HDR display then you are in for some mesmerising eye-candy. I cannot attest to this myself-as I do not own a 4K display-but I can say that even on my 1080p display the games is even more gorgeous than it was before. The combination of super sampling and the game now running at 60fps makes for a delightful play experience.

Before you can freely explore Japan however, you will need to begin your story. Yes, that is right, Road to the Olympics introduces a story mode. In a nutshell, you are an aspiring Olympian with the dream of taking gold in all 3 freestyle events (Big Air, Slopestyle, and Halfpipe) at the upcoming 2018 Olympics in Pyeongchang. As you progress through training and a multitude of pre-Olympic competitions, you are introduced to some of the new mechanics that Road to the Olympics brings. The controls have been slightly tweaked, offering slightly more control over your ‘grabs’ and ‘tweaks’ during mid-air tricks and one of the most fan-requested features has finally made its way into the game; grinding (or railing) is now a reality! Learning to grind is imperative, as some of your runs later on during the Slopestyle events feature plenty of rails; which you will need to use in order to place high enough to progress. My only gripe is that the story itself centres solely around snowboarding, which personally I do not enjoy. I always opt to ski rather than use a board, but aside from that small personal niggle of mine, the story was indeed a fun experience. 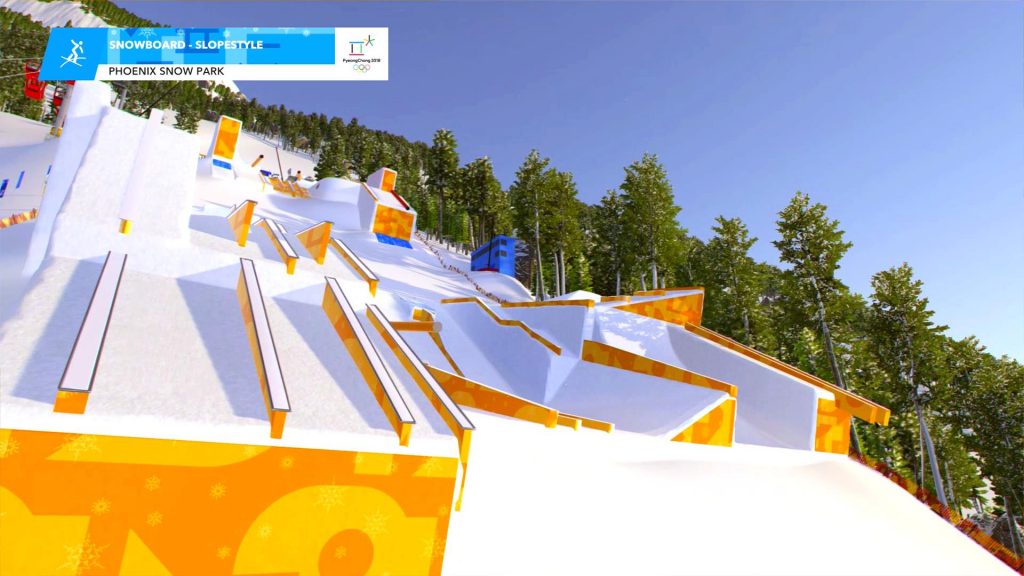 One of aspects of the story that I found quite compelling was actual video interviews (as featured in the trailer) which are displayed between the events as you progress. After having my online persona decked in Kevin Rolland gear for over a year, it was interesting to see the legend in person. Whilst my French is a bit rusty, Ubisoft was kind enough to include subtitles so I could understand the knowledge that he shared with me. Whilst it may sound cliché, I feel that these segments added a degree of humanity to the whole experience. This was no longer about just trying to score as highly as I could, this journey was all about pursuing a dream; and listening to aspiring Olympian Julia Marino discuss how much competing in the Olympics would mean to her, it made me feel as if I was a part of this dream. Whilst this forced narrative may not be to everyone’s taste, and the events themselves were considerably easy for a Steep veteran like myself; I think this has been done on purpose.

Whilst Road to the Olympics is an expansion (requiring the base game to function), I think that Ubisoft is taking the opportunity to attempt to ‘relaunch’ the game completely. I say this because you can now purchase the Steep Winter Games Edition, which includes both Steep and Road to the Olympics for the low price of £34.99. Considering that is only a mere £10 more than what I paid for the expansion alone-never mind the initial cost of Steep at launch as well-that is an extremely tempting price point for new players. For some reason however, my brethren over in Canada are not getting the same deal and will have to pay $79.99 for the same bundle 😭 This soft relaunch makes sense, as the Christmas holidays are approaching and this is one of those games that will really show off the horsepower of the newer consoles and make a perfect ‘stocking stuffer’. 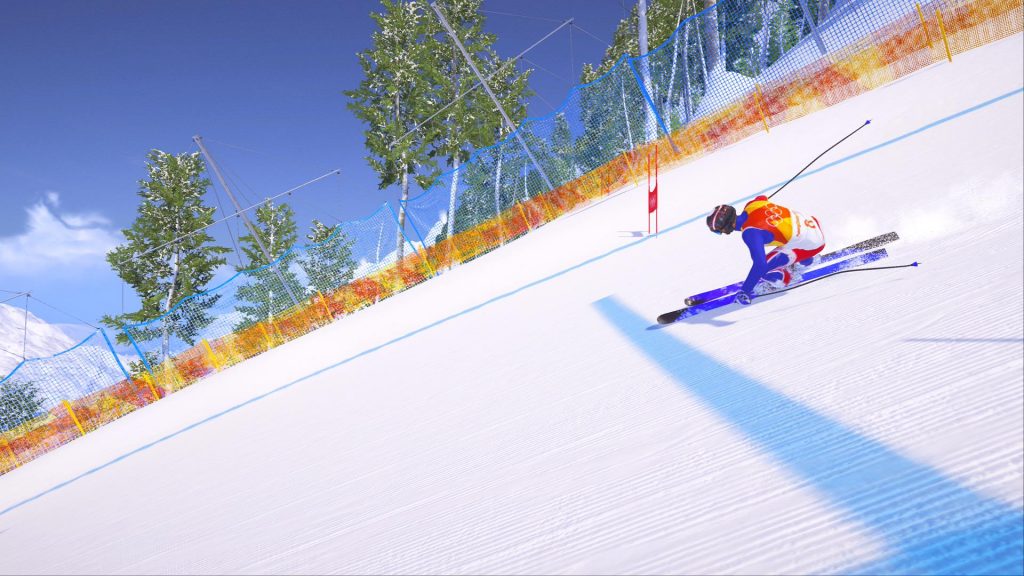 Whilst the story mode is clearly designed for newcomers, the additional Olympic events that the expansion introduces are definitely not. I consider myself relatively skilled at this game, I made it into the top 32 during one of the ‘Steep World Tour’ tournaments and consistently set daily and ‘1st of the week’ records. But some of these new Olympic events such as: Downhill, Giant Slalom, Slalom, and Super-G are extremely challenging! I can confidently say that I will be spending a fair amount of my holiday season trying to achieve gold medals in these events; and I think it is going to take quite a bit of practice on my part. The Olympic events are a completely different feel when compared to the traditional gameplay that Steep has offered in the past, and with certain consoles now supporting 60fps you certainly receive a true sense of speed when hurtling down the slopes. Whilst I have always played in 3rd person mode, I highly recommend using 1st person for the new Olympic Skiing events; I find my best times are made when I play this way. Whereas 3rd person is probably better for the events that feature snowboarding, such as Big Air and Slopestyle.

Where this new expansion for Steep really shines for me though is Japan. The game has always had a sense of scale that is unrivaled by any game in this-albeit limited-genre, each mountain is distinct and has its own individual character: the Alps are expansive and filled with rolling slopes and quaint villages, whilst Denali towers above the stunning-and somewhat extreme-scenery in Alaska. Japan is also very unique when compared to the Western ski areas. The new map is filled with glorious deep powder runs featuring some breathtaking views, whilst also featuring some of the most sheerest rock faces and steepest of chutes than any of the other maps. With 59 new drop zones, 86 points of interest, 10 feats, and 25 new challenges to keep me occupied, I doubt I will achieve 100% completion before 2018 arrives.

At the end of the day, Road to the Olympics is simply just another serving of more Steep; which is excellent news if you are someone who thoroughly enjoyed the base game like myself. The new mountain is beautiful and presents plenty of opportunities to carve your perfect line, whilst the Olympic events are nice diversions for when you really want to challenge yourself. For me personally, I would give this expansion an 8 or even a 9, but that would admittedly be a biased opinion which would also based on the retail price here in the UK. Whereas if I try my best to view the DLC through an objective lens, and consider the pricing over in North America, I completely understand why some reviews have been so critical. If the original game never appealed to you, Road to the Olympics is a slightly harder sell (especially at Canadian prices). You could say that the cost of entry could be considered a bit Steep... 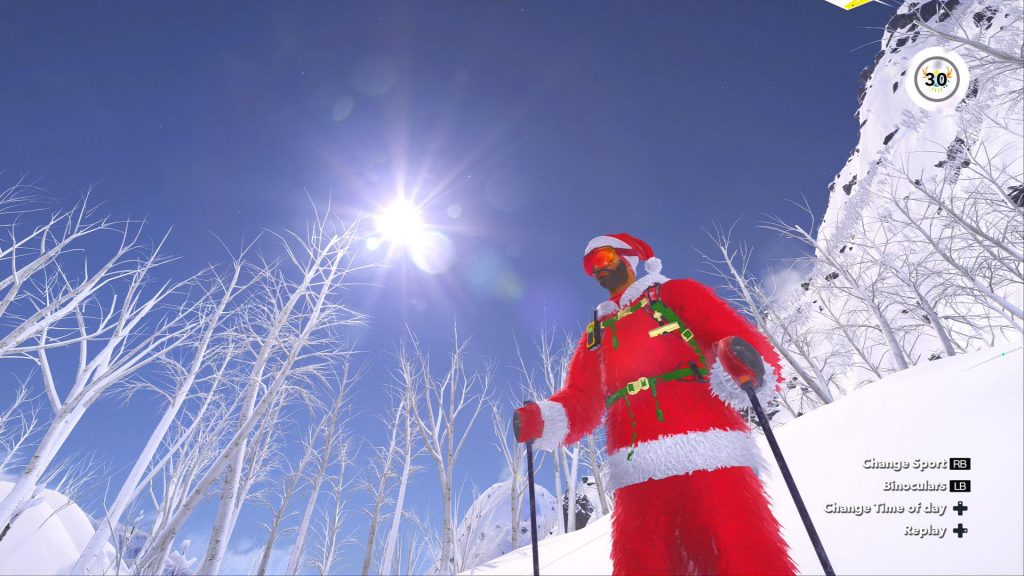 Steep Road to the Olympics expands on the ‘best video-game skiing experience’ that has been made to date.

I definitely consider it a must-buy in the UK, but other countries? Perhaps wait until you can get it during a sale.

The Steep: Road to the Olympics DLC was purchased by the reviewer.