I have a passion for point and click adventures that dates back to our first family computer. Having a father in hi-tech meant one was in our home for as far back as I can remember. So, when given the chance to review a game that would fill me with childhood bliss and promised an energetic future world inspired by Blade Runner with political Intrigue on the level of Game of Thrones, I couldn’t say no.

Neofeud’s premise is exciting. It is a story reflective of modern society, with some updated robotic variables. Conceptually, this game is incredibly interesting. Science fiction and point and click adventures often go well together, as the story and narrative don’t have to take a back seat to game play.  Unfortunately, the concept of Neofeud is mired by mediocre execution. For all of the potential and possibility in this game, what is presented to consumers to play, falls short of its goal from content to tone.

Neofeud takes place in a dystopian, not so distant future, where artificial intelligence and chimeras are common place. These beings are cheated out of their humanity, and are seen as second-class citizens or “subhumans”. While these individuals reside in slums and other run-down areas on earth, the 1% rule the world, now divided up among mega-corporations as opposed to countries, from floating cities and castles. 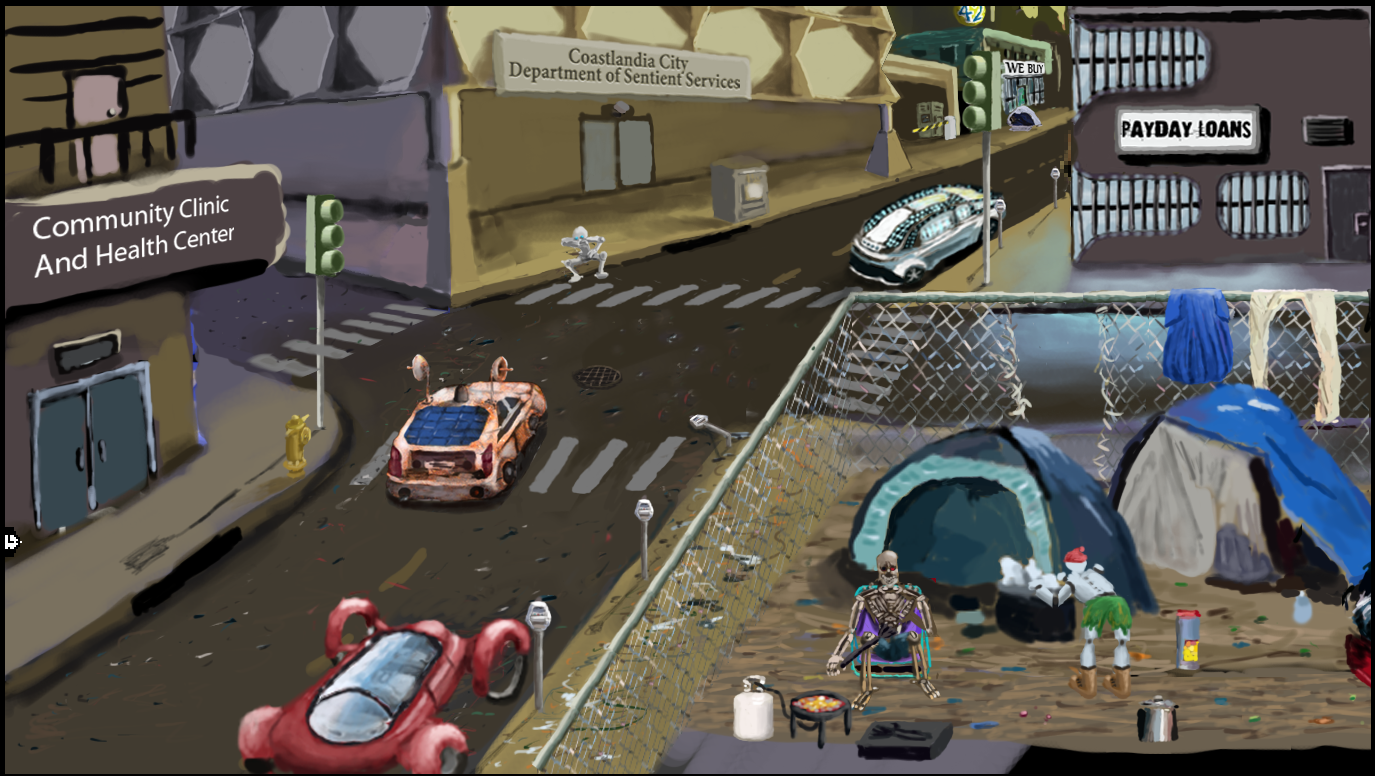 You play as Karl Carbon, a dishonorably discharged cop just trying to make ends meet as he deals with depression and unresolved feelings towards his ex-wife. He’s stuck in a dead-end job as a social service worker which he is supposed to be grateful for, as he is reminded more than once that his position is one that could be given to thousands of other over qualified individuals. He deals with angry robots, angry part-human part-anything-else, and regular entitled, angry people. The first several hours of game play move slowly as you are introduced to the main character. Persevering through this slow introduction rewards players only with mediocre voice-acting, poor grammar, and a multitude of hand drawn environments and characters that can only be described as lack-luster at best.

The game tries to keep players engaged with moderately interesting puzzles, that segue into exercises in tedium (I’m looking at you screwdriver arm puzzle). Moments of gameplay shift in the form of high tension gun fights present little real movement away from the usual drone of puzzles, failing to elevate the level of excitement in the scene. The dialogue is rife with a multitude of pop-culture references and real life political jabs, but these often seem out of place or forced.

The voice acting is entertaining at times; there are moments where the characters come to life and are enjoyable. Other times, the voice acting detracts from the energy in the environment, with monotone voices that don’t properly suit the scene. Dialogue and voices are often accompanied by hand drawn faces inserted into the game in a way that is reminiscent of very early flash games, with odd shading and strange lines. These faces, with one or two exceptions do little to fill the vacuum created by the dialogue. 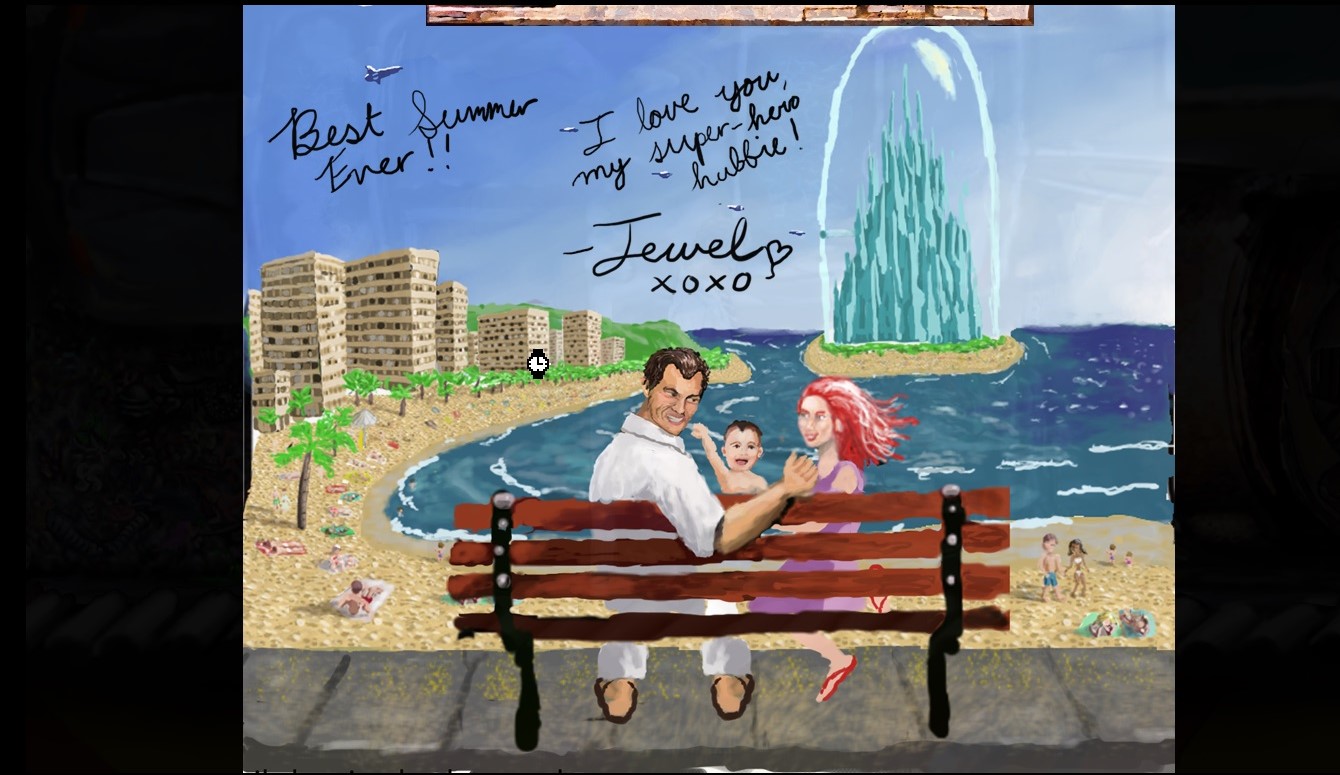 For all of its shortcomings, Neofeud rewards players willing to hunker down and make it through the first several hours of game play with a jump in intrigue. The small world you have uncovered is expanded a fair bit as you discover your rough and tumble client, with his gruff “Robo-hood” speak, has a secret that makes him invaluable to the Kings/CEOs that now rule humanity. While this jump in intrigue is pretty modest and the plot twists are fairly predictable, they are certainly welcome as they push the story content forward. 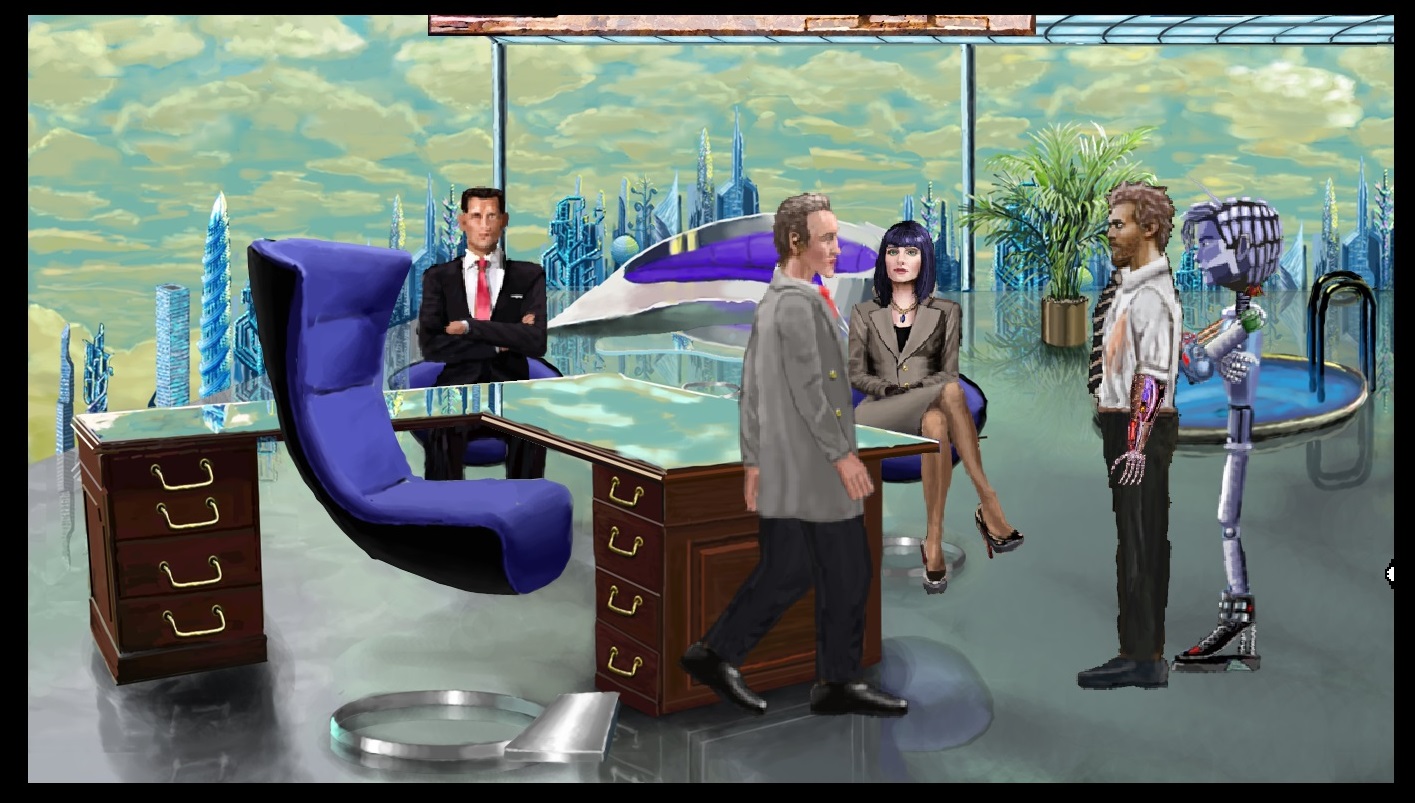 Neofeud has a pretty great soundtrack. Although the game struggles to keep players engaged with visuals and game play, it does so to a pretty consistently solid set of music. There were moments where the music spiked or dropped out, but these occurrences were rare and the music was more often then not a good experience

Overall, Neofeud falls flat of what it sets out to do. While the story has incredible potential, It falls flat on delivery. Excellent music is hampered by disconnected and mediocre voice acting and dialogue. The promise of political intrigue is mired by disappointing characters and environments. While I enjoyed how critical this game was of the world we live in and the path we are walking down, I was bitterly disappointed by the medium giving the message.

While the concept is intriguing, it’s mired by poor gameplay execution and flat voice acting.

The review copy of this game was provided by Silver Spook Games.

Armchair Gaming: Episode 1 – Crea and the Allegory of the Cave