It’s that time of the year again. When otaku from all corners of Canada, and even some who make the adventure from all around the world, come together to celebrate Japanese culture in a variety of forms at Otakuthon in Montreal.

But most of all, anime! 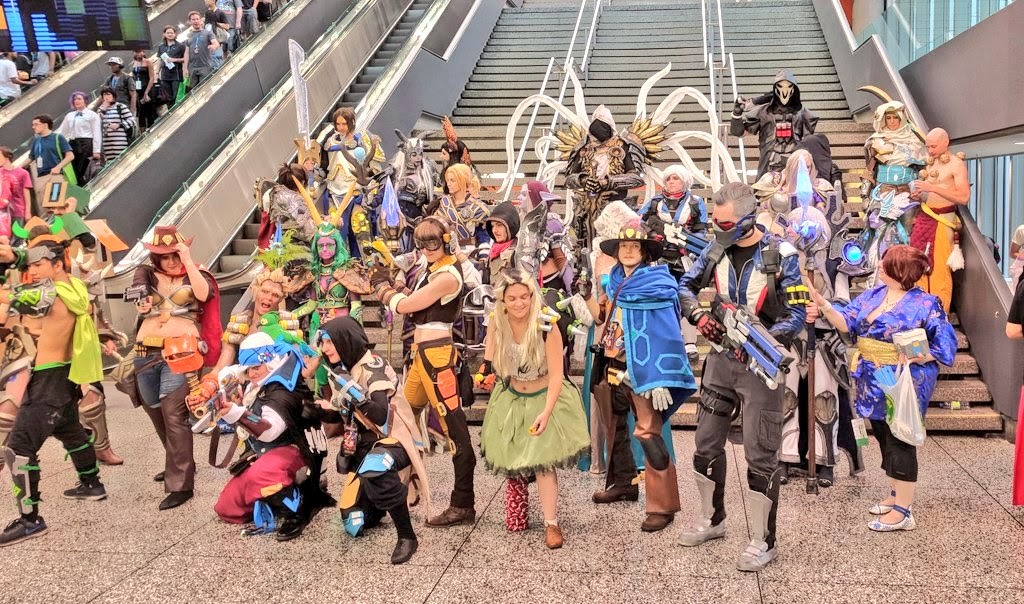 Otakuthon began in 2006, and for thirteen years has been a non-profit fan-run convention held in Montreal, that is entirely organized by volunteers. The fantastic people that I met last year — my first year at the Montreal convention — do it all for the pure love and passion they have for anime, manga, and Japanese culture.

Otakuthon isn’t just about anime though. The weekend is filled with concerts, video game tournaments, game developers, informative panels, cosplay contests, and a wealth of events and activities sure to keep even the most cloistered otaku busy for days. 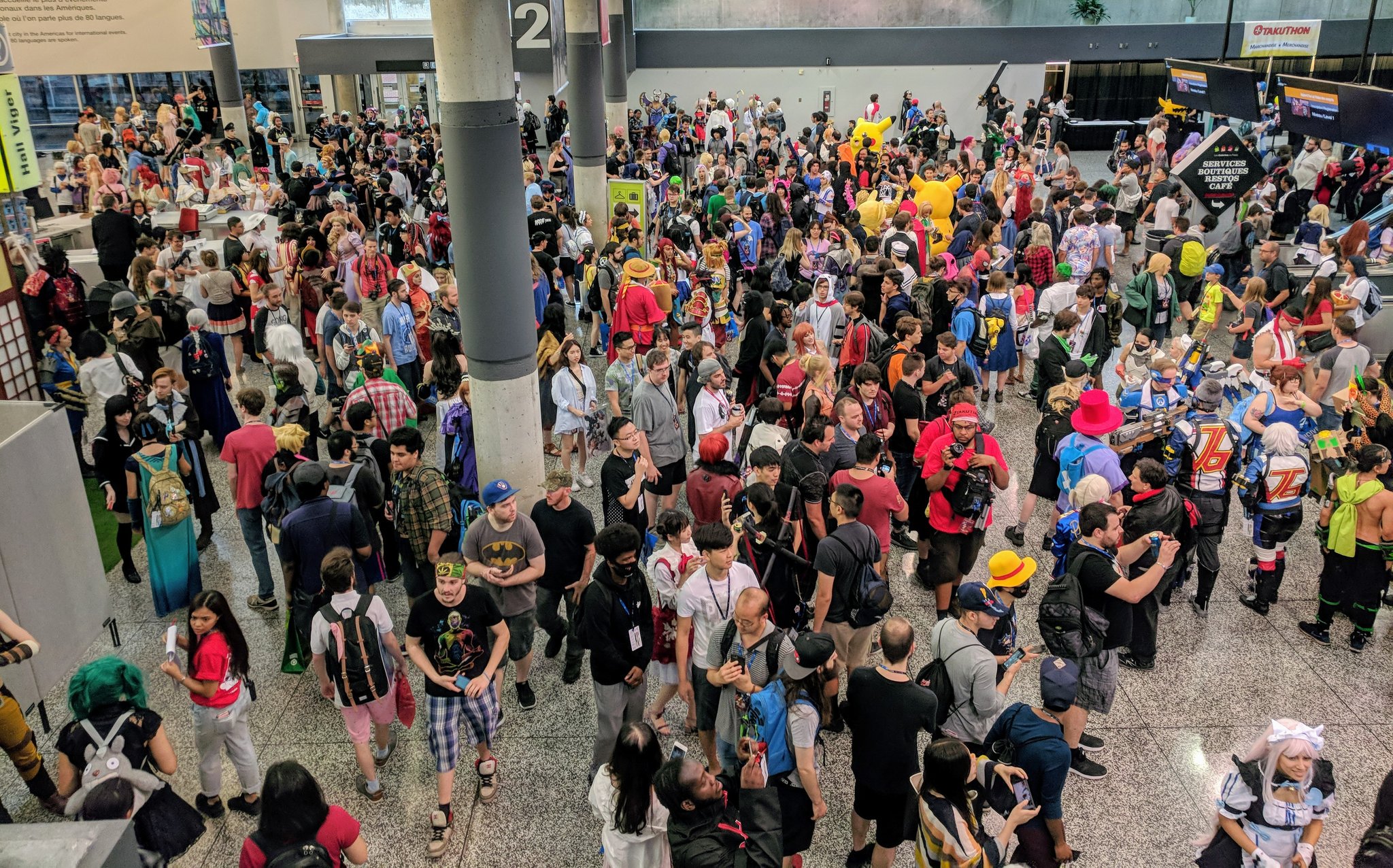 Regardless of what your passion is, there is something for everyone at Otakuthon, even if you’re not hugely into anime or manga. My focus at the convention is on gaming, and between the massive Tabletop Gaming Room and the Video Game Room, there is no shortage of gaming entertainment at your fingertips. Last year there were tournaments for a multitude of fighting games (as well as the Pokemon Cup!) which were taking place hourly, and featured some fierce and entertaining competition.

The Tabletop Room on the other hand, is where you want to go to sink some real-time into strategy games with your fellow otaku. You can bring your own games to play with friends, or purchase a new tabletop game from vendors in the room and set up in the massive 8,000 square foot space. There are even dedicated volunteers who are there just to help players get the most out of new games. 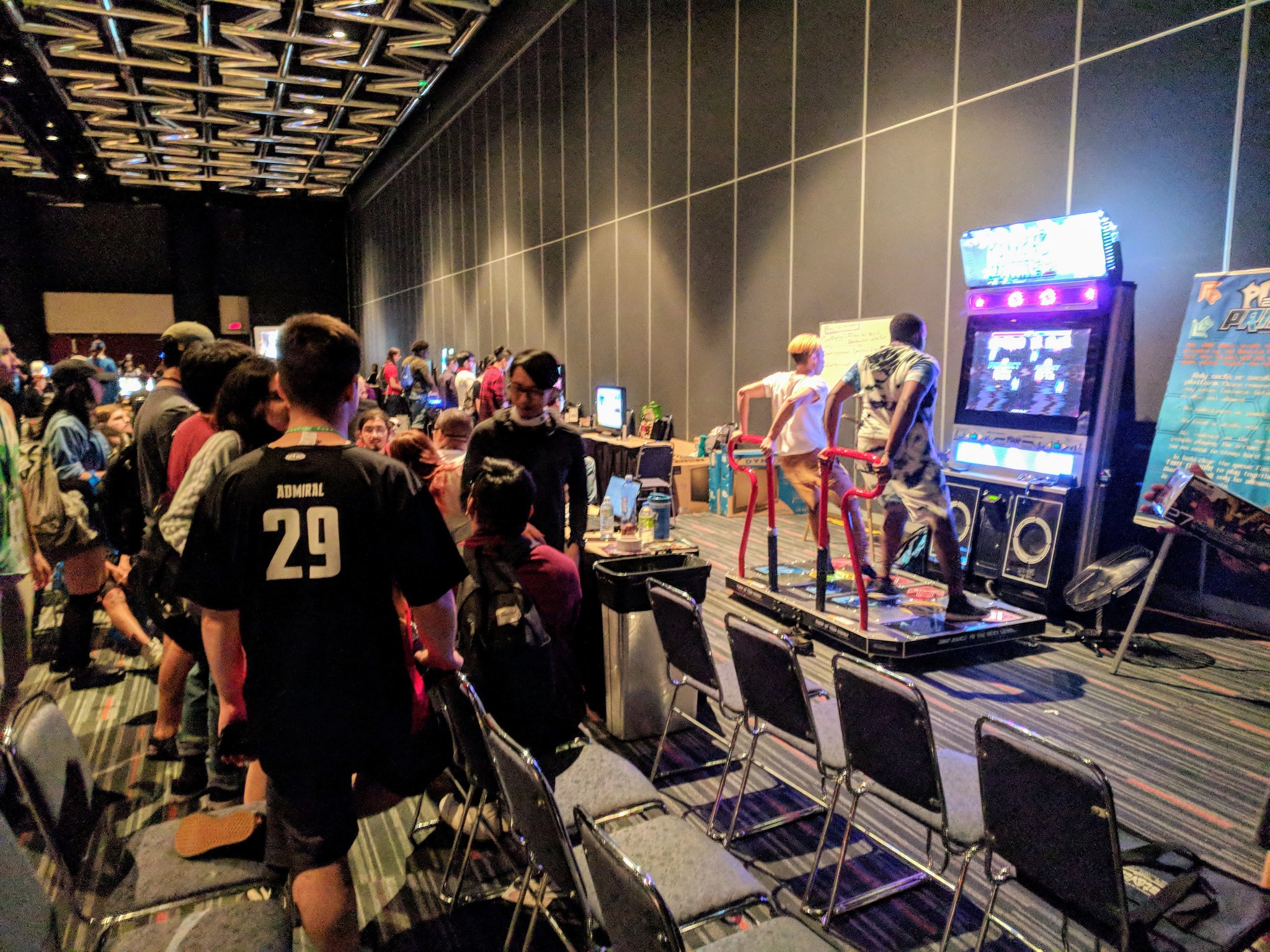 If the energy of the convention is too much, there are plenty of spaces to just kick back and relax, while still surrounding yourself with the essence of the expo. There are over one hundred panels that are offered throughout the weekend, ranging from everything from video game design to discussions on themes from manga and anime.

If you’ve got some cash burning a hole in your pocket, there is no better place to be than the Exhibition Hall, which houses hundreds of shops, artists, and other exhibitors from across North America. You can find rare copies of classic manga and comics, tons of video games and collectible figures, or if you’re like me buy plushie-versions of your favorite anime characters. The Hall also contains talented indie developers showing off their latest creations, and gifted artists operating in a variety of mediums. 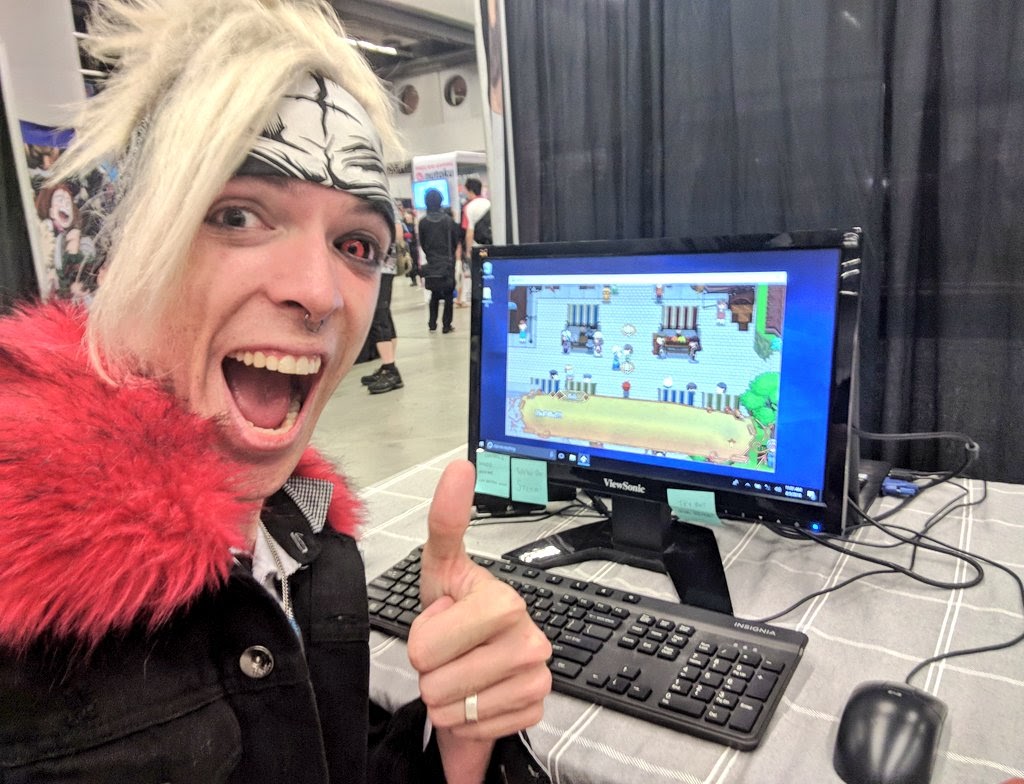 The Manga Library has a plethora of English and French manga to choose from in an ever-expanding library. There are also child-friendly activities here for parents who want to make sure their children are raised sufficiently nerdy.

You can also catch the latest — and of course the classic — anime straight from Japan in the multiple Video Rooms spread out throughout the convention hall that are almost constantly playing shows from morning to night.

It wouldn’t be an anime convention without everyone in cosplay, and I’ve always been hugely impressed by the amount of effort that people put into their designs. Otakuthon has some of the best costumes I’ve seen at any convention I’ve been to, and you can lose yourself for hours in the main gathering space of the convention center, which turns into Cosplay Central. 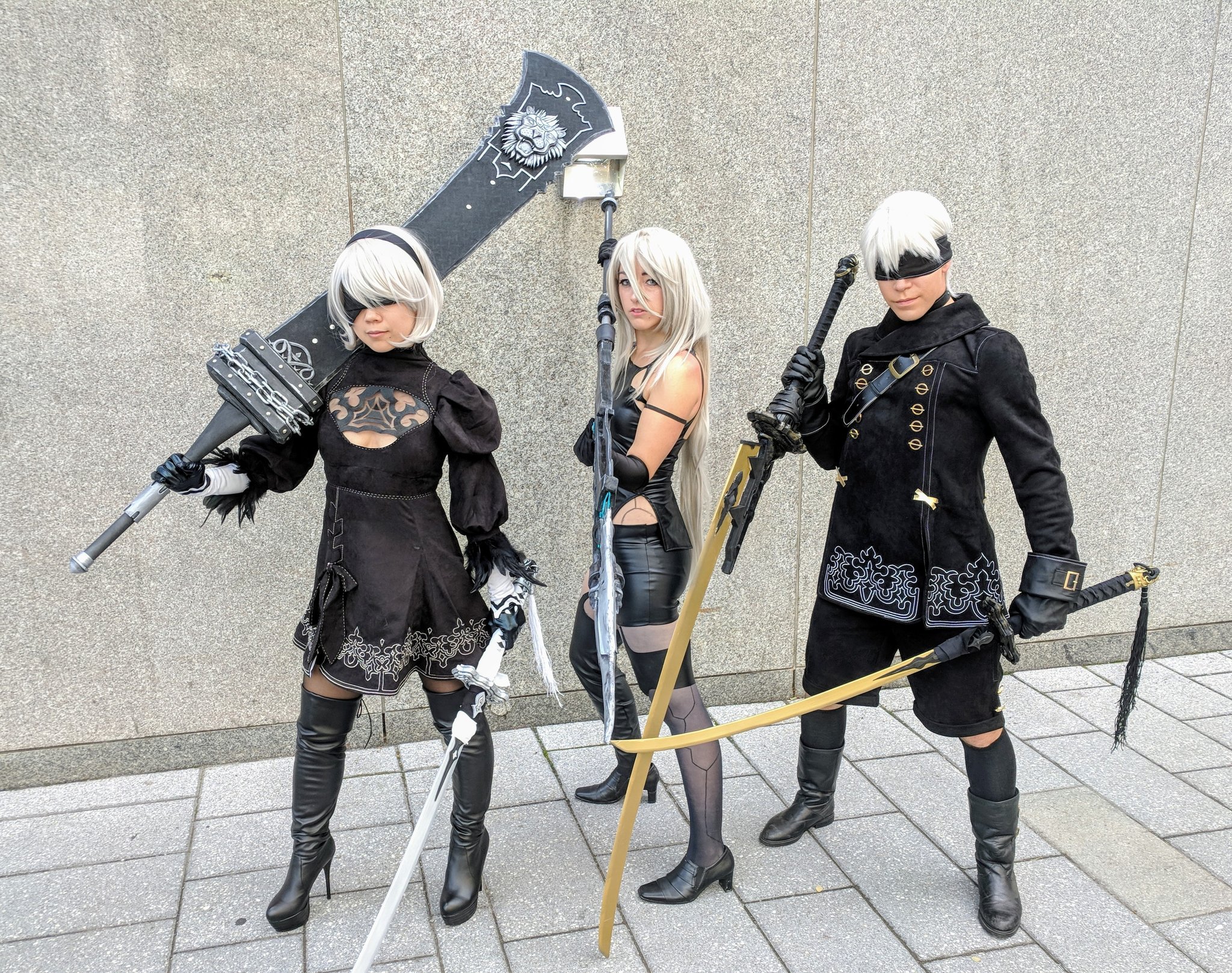 The entire weekend culminates into what is one of the defining attractions of Otakuthon: The Masquerade. This anime costume contest features the absolute pinnacle of talented design, showcasing the convention’s most diehard cosplayers in their Sunday best.

And if that’s not enough cosplay for you, the World Cosplay Summit Canada Competition takes place on the final day of the convention. The WCS is an internationally recognized competition that Canada has only recently become a full member of in 2016. It’s a fantastic opportunity for cosplayers to compete across 39 countries for an opportunity at the prestigious title of Grand Champion of the 2020 WCS Championship in Japan. 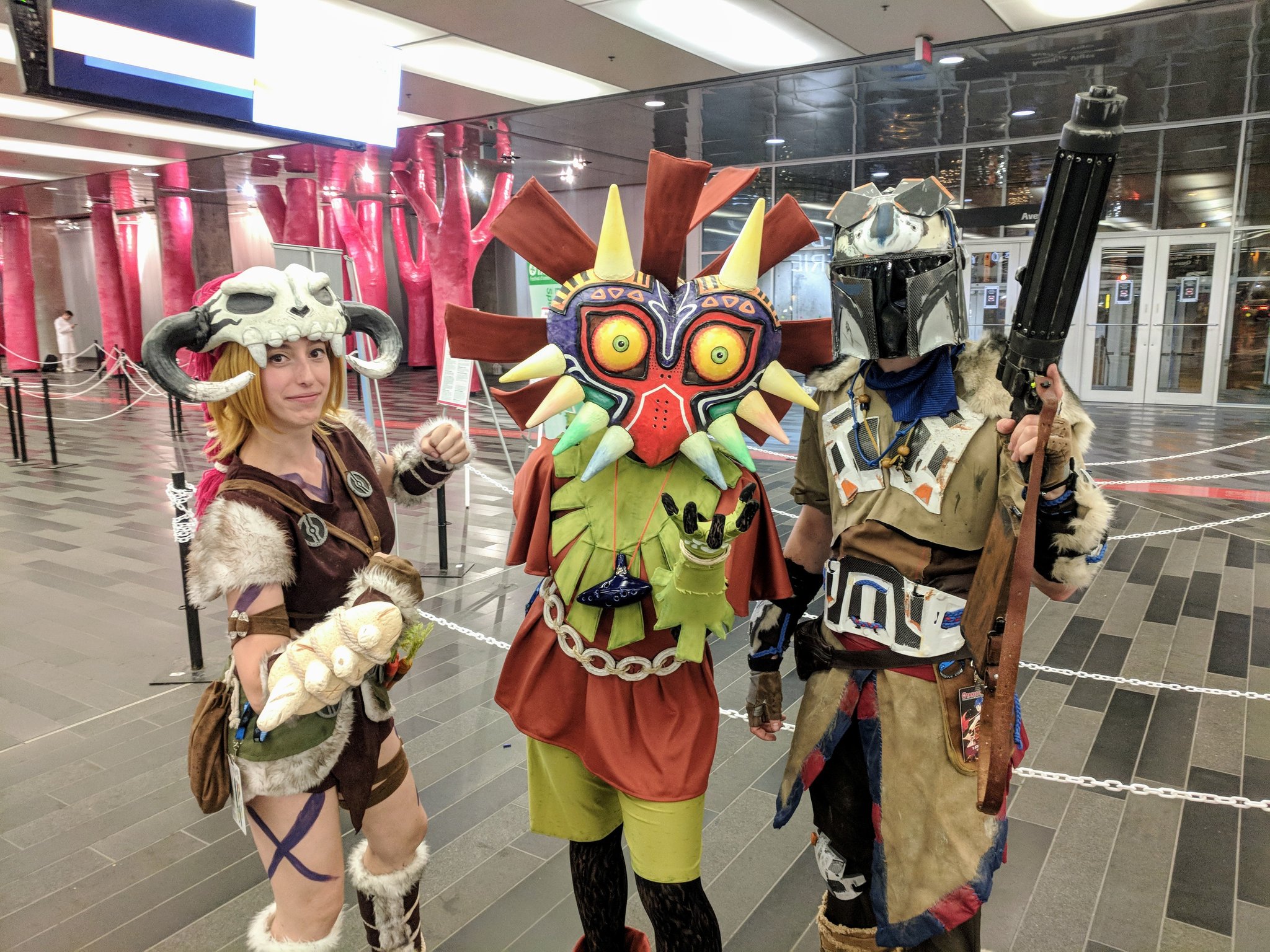 My absolute favorite part of Otakuthon are the concerts, because they are just filled with so much passion and energy exploding from both the stage and the crowds. Last year I was lucky enough to see Orchestre de Jeux Video (the Video Game Orchestra) and Capcom Live, and I can’t even express how excited I am that Orchestre de Jeux Video is back this year with a special tribute to one of the best games of all time: Zelda: A Link to the Past. 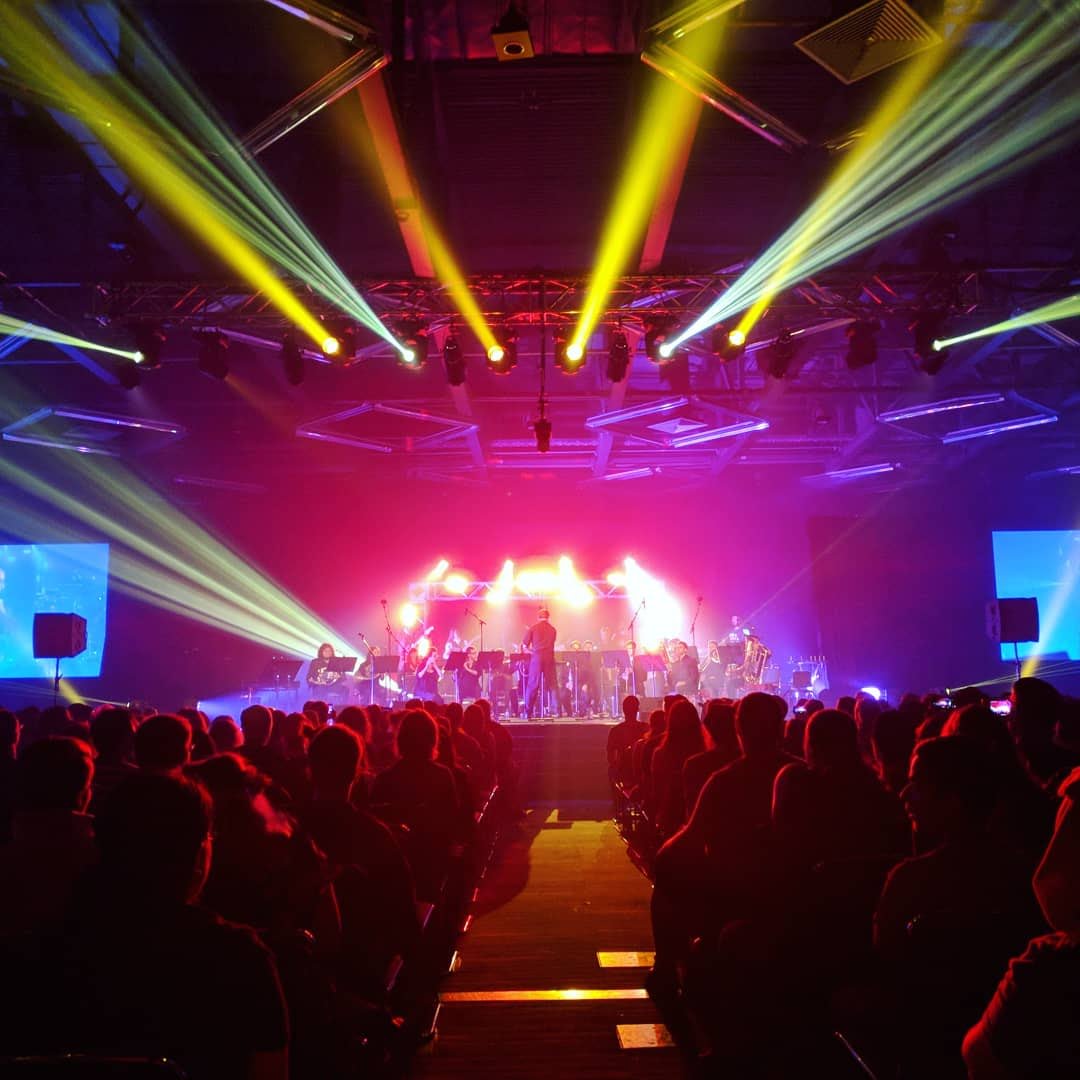 You can go for the music, the anime and manga, the video games, or just to immerse yourself in an atmosphere of nerdy otaku culture. It’s a weekend full of positivity and passion for Japanese culture, perfect for making new friends and celebrating otaku life with old ones.

I absolutely can’t wait to be surrounded by all of the anime and gaming next weekend, and most of all, the otaku!

Otakuthon is being held at Palais des congres de Montreal, from August 16-18. You can find out more information and purchase tickets on their website.