SOEDESCO has released a new gameplay trailer for Truck Driver – a commercial trucking simulator developed by Triangle Studios (the developer behind Real Farm) that will be the first of its kind on consoles. While those who play on PC continue to enjoy SCS Software’s major hits Euro Truck Simulator 2 and American Truck Simulator, console gamers have yet to get their hands on a game of this nature. The new trailer shows off some of the game’s features as well as a variety of trucks and cargo options.

The gameplay shown in the trailer looks relatively similar to what fans of trucking simulators will be used to – accept jobs, transport cargo, and gain experience to upgrade your skillset to take on more difficult (and more lucrative) jobs. One thing that Truck Driver purports to do differently, however, is building a “relationship” with local companies that will open up more work opportunities as you progress. The graphics for the game are not jaw-droppingly gorgeous, but the style is realistic and it looks pretty good in motion. It seems that SCS Software’s games likely still take the cake in terms of their visual appeal, but if the video is an indication of what the game will look like, I think console players scrambling for a game of this nature will be pleased with the overall quality. 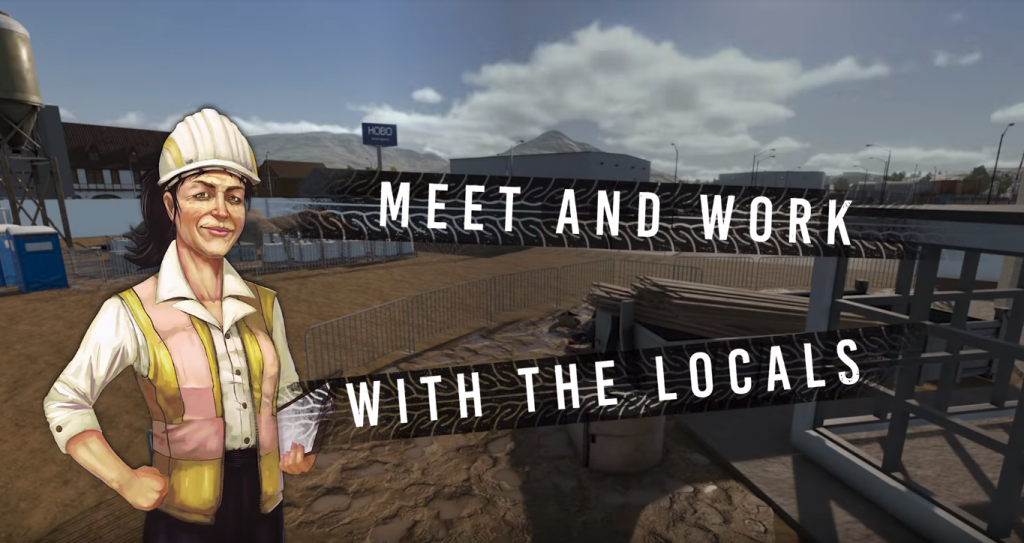 The game appears to offer a number of different truck brands (albeit not real-world, licensed brands) and customization options, though the differences shown in the trailer seem to largely boil down to the number of axles on the truck and a variety of colours/items to paint. Hopefully this will be more fully fleshed out for the final release.

The skill tree looks to be quite robust, and rather than gaining a certain amount of experience points (or a similar system) it looks as though it will require you to complete a certain number of missions in a certain area (e.g., delivering liquid cargo, delivering special cargo, etc.) in order to level up that area of expertise. There also appear to be passive skills that impact your overall abilities, such as fuel savings or “strong coffee”, which I expect improves the player’s ability to drive for extended periods of time. 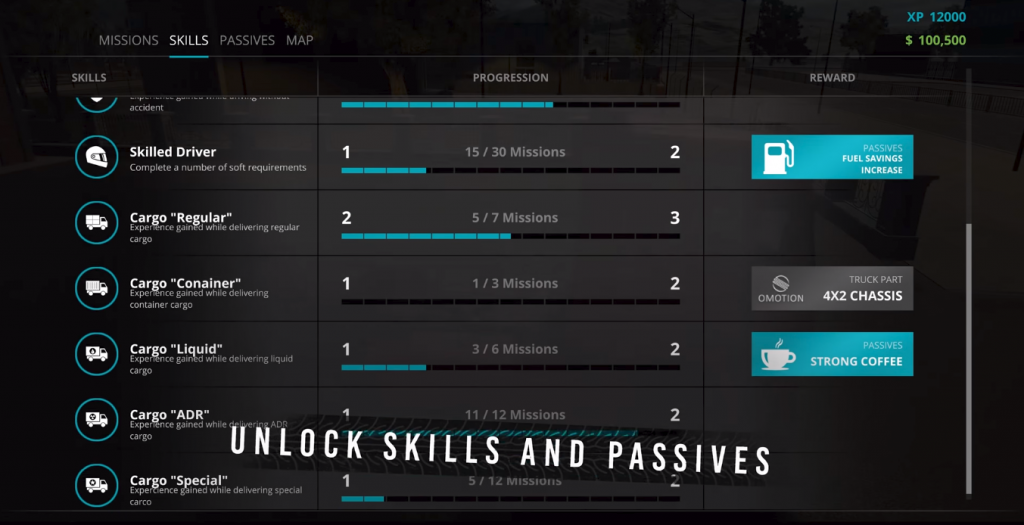 SOEDESCO has also indicated that the game will enter another closed beta (having gone through one round of closed beta already), which will likely be used to gather feedback from the community on features as well as iron out bugs. The date of this beta remains unknown, as does the release date for the game. A community manager on SOEDESCO’s Discord server indicated that it’s “Still too early for us to know when we can bring it out. We want to take our time and do this right.”

The press release that accompanied the trailer focused heavily on the in-game community-building and career aspects of the game, stating:

Meet new people
Truck Driver is all about meeting different people that could really use the services of a trucker to achieve their goals. One of these people is lumberyard owner Sven, who has a hard time letting people into his life. By successfully completing transport jobs for Sven, his trust can be earned, resulting in new jobs with different sorts of cargo. Helping him with his transport needs will visibly make his company grow bigger and bigger.

Career progress
In addition to earning respect, completing jobs also results in more money for the player. Drivers can use this money to revamp their trucks with tons of different parts, customizing the look and performance of their truck to better help clients such as Sven. By taking on jobs from Sven and other local business owners, Truck Drivers can also unlock lots of skills, passives and rewards. These unlockables result in useful enhancements such as improved tire durability or the possibility to drive longer without having to rest. In sum, Truck Driver offers everything drivers need to take the road to success!

When SOEDESCO announced Truck Driver in June 2018, many players, myself included, were intrigued by a challenger to SCS Software’s incredibly popular trucking simulators. What is even more interesting is that this new trailer only shows the logos and box art for Xbox One and PlayStation 4 – Steam is no longer shown. This may mean that SOEDESCO has chosen to focus entirely on the console version of the game, and avoid directly competing with the established trucking simulators already available on PC. Overall, I think that it appears SOEDESCO and Triangle Studios are on the right track with Truck Driver, and with a captive audience on Xbox One and PlayStation 4 who have no other options for a trucking game, this just might fill a void in the console market.