Farming Simulator 19 is almost here! The agricultural simulation game from GIANTS Software boasts many new features, and the developer has indicated that this game will allow players to “Farm like never before”. This article outlines what you can expect when you first start up the game – if you’d prefer to see it in video form, you can do so below or on my YouTube channel. If you’re looking for a review, I’m not quite ready for that yet – I’m taking my time to explore the game’s new features (there’s a lot to unpack!) and will be providing more thoughts in the near future. For now, here is a first look of the gameplay in Farming Simulator 19.

I started out on Ravenport, which the game indicates is where one should start if they wish to partake in the game’s brief tutorial/tour. Returning players will recognize the format of this short explanation of some very basic functions, including harvesting, cultivation, seeding, and selling your product. This introduction is optional, and is only offered if you start the Ravenport map on the easiest difficulty.

Farming Simulator 19 presents new options in terms of difficulty – gone are the standard three options of Easy, Normal, and Hard that many will have grown accustomed to in previous games. We now have:

New Farmer: You already own land and some equipment

Farm-Manager: You start with substantial funds but no land, no buildings, and no equipment. It’s up to you to decide what your farm will look like.

Start from scratch: Your starting capital is very limited and you don’t own any land or equipment yet. The economy is tough, prices are low: gameplay elements are at the most realistic setting.

While the explanations of each difficulty level don’t explicitly state it (though it’s alluded to in the “Start from scratch” description), in addition to determining your starting funds, land, and equipment, these options will also dictate the in-game economy. The prices paid for each commodity that the player sells will be highest on “New Farmer” and lowest on “Start from scratch”. While the most realistic settings are automatically enabled on “Start from scratch”, it should be noted that many settings can be manually changed, regardless of the difficulty setting. This allows players to customize each save game to their liking with respect to how realistic (and therefore how challenging) it is. The change to these difficulty settings is a natural shift, given how GIANTS has now implemented the ability to “build your own farm” by purchasing placeables from the shop, as well as buying land in tracts rather than simply purchasing individual fields. 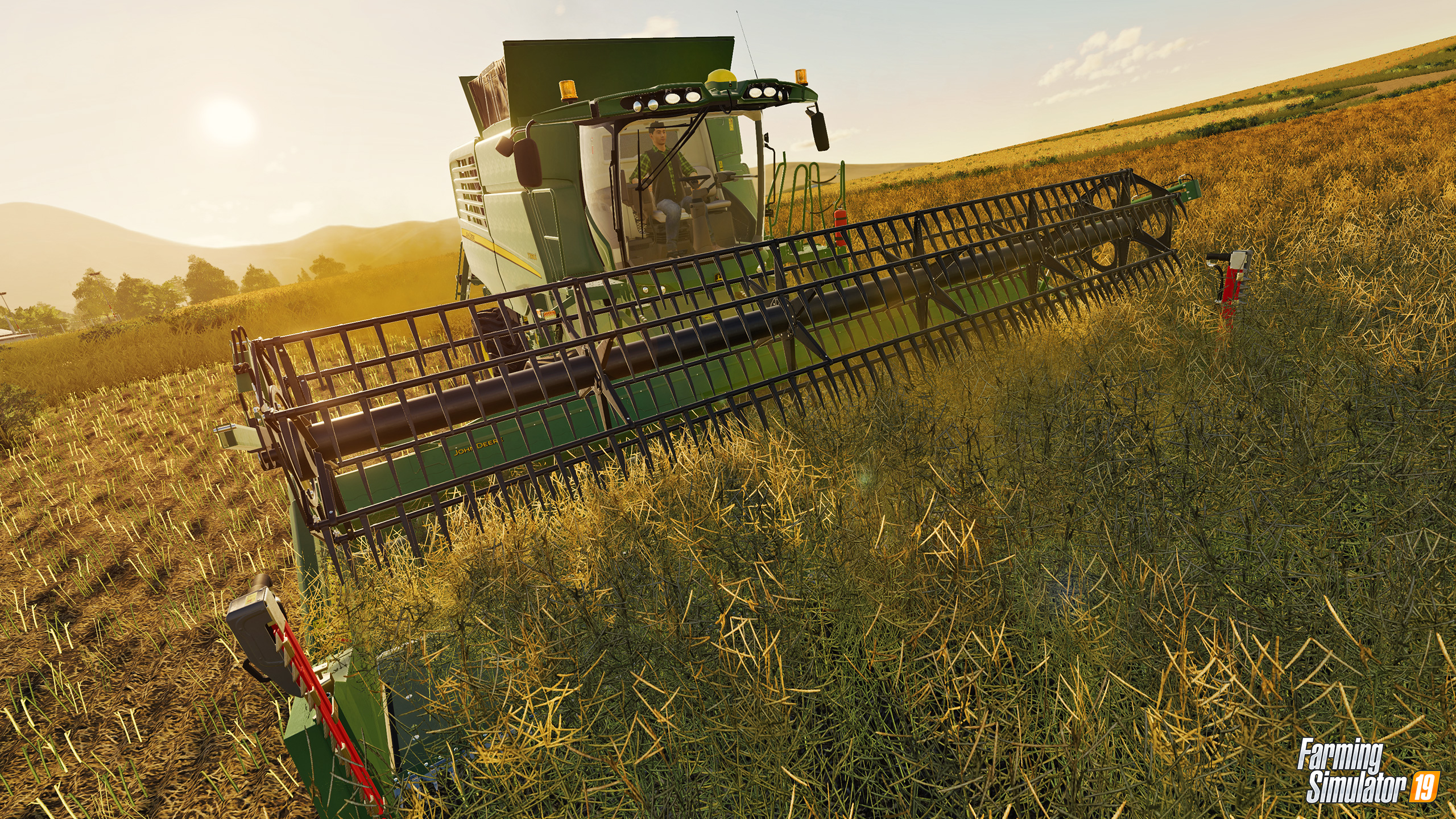 After choosing your difficulty level, you’re presented with two maps to choose from: Ravenport and Felsbrunn. Ravenport is designed to mimic the look and feel of the American west coast, while Felsbrunn is modeled after a typical European farming locale. Both do a good job of offering a unique farming environment – the Ravenport map provides a number of extremely large fields, as well as distinctly American-style architecture for its sell points and other buildings, while Felsbrunn features fewer wide open spaces and slightly smaller fields (though some are certainly far from “small”!).  Both are entirely new maps created for Farming Simulator 19, with GIANTS promising to bring back the Estancia Lapacho map from Farming Simulator 17‘s Platinum Edition as a mod available at launch.

Once you’ve decided on a map to play on, the game prompts you to create your character. GIANTS has added a number of options this time around, with 4 male and 4 female character models available, as well as choices in hairstyle, hat brand (you can show off your pride in nearly every brand in the game), shirt colour, and even put on a vest or sunglasses. While you don’t see a great deal of your character in the game – on foot you’re given a first-person view – it’s still a nice touch and you’re able to look at your character when they’re sitting in a vehicle (and spoilers: that happens a lot). 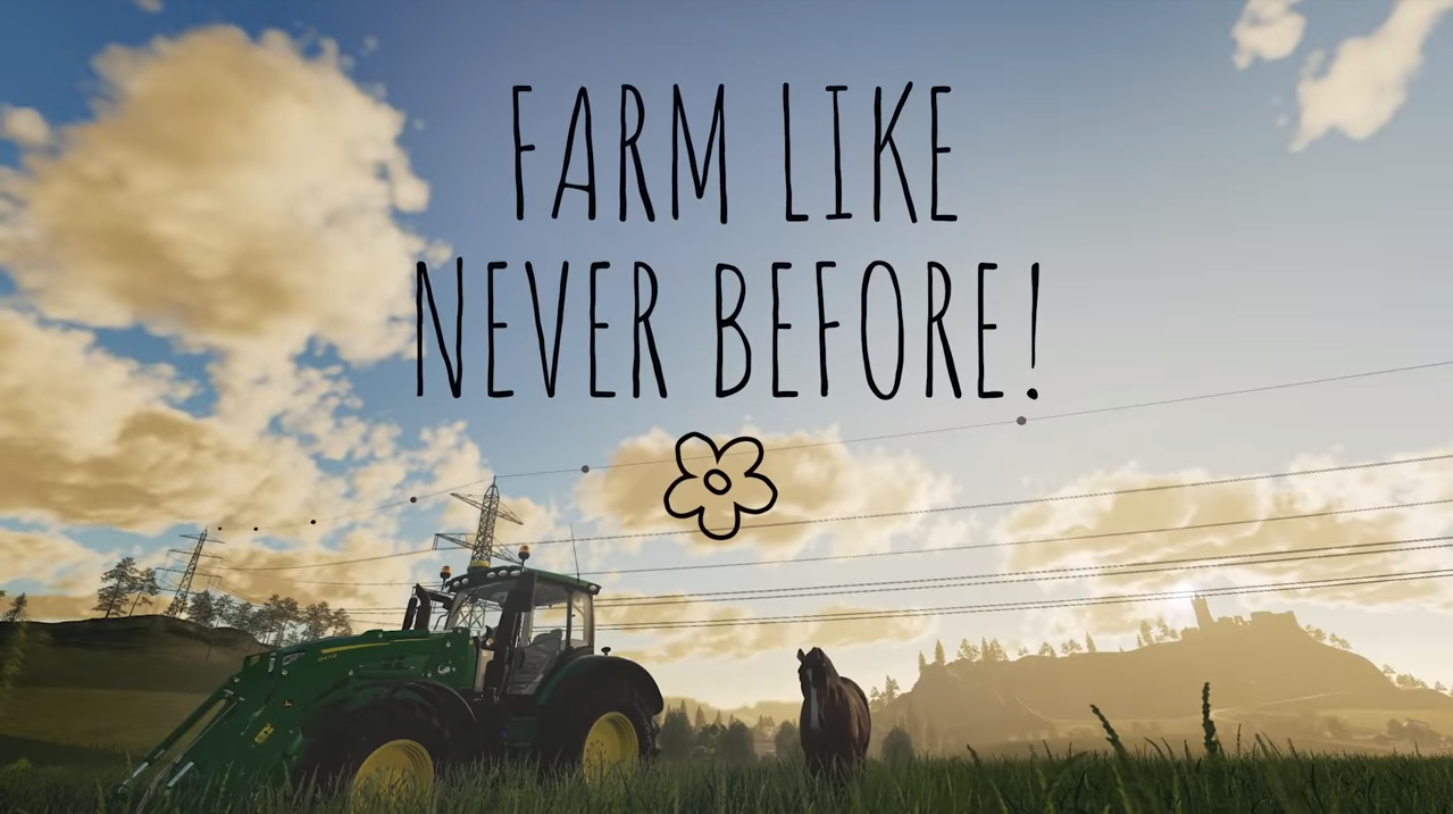 Once you’re through these steps and have your save game all set up, you’re ready to play. The tutorial demonstrates the basic functions you’ll need to understand to get by, and more complex actions are described in the game’s help menu, where information is handily sorted by topic. If you don’t know much about farming, you’ll want to familiarize yourself with this menu as it’s an excellent source of insight and explanation.

When loading into the map for the first time I was very impressed by the visuals, even running on my relatively modest PC (i7-6700, 16GB RAM, 4GB GTX 1050Ti). The vehicle models are gorgeous, and the scenery wonderfully crafted and vibrant. A quick glance at the Ravenport map shows a number of large fields, a nice variety of sell points, and a real coastal feel.

Now you know a little bit more of what to expect when Farming Simulator 19 releases on November 20 (or November 19, depending on where you live)! If you’re interested in additional video content, you can catch me streaming Farming Simulator 19 on my Twitch channel leading up to (and after) release, as well as expect additional videos on my YouTube channel. Stay tuned for my written review coming soon as well!