Players are anxiously awaiting Farming Simulator 19‘s November 20 release date, and are ready to snap up any news of new brands, vehicles or features in the game. This past weekend, some eagle-eyed folks spotted something unusual: Kubota tractors on display at a Farming Simulator 19 booth at the Warsaw Games Expo in Warsaw, Poland.

Kubota tractors are known for their bright orange colour, and while the manufacturer historically has produced smaller tractors more suited for light duty fieldwork or yardwork, it has been branching out in recent years to include larger tractors fit for heavier workloads. Many players, myself included (we used to run a Kubota L5450 loader on my dairy farm) were excited by the prospect of having an additional, well-known brand of tractors in the game. It seemed as though this all but confirmed Kubota’s presence in Farming Simulator 19 – having their tractors at an expo booth is quite public, and they wouldn’t use a brand that’s not in the game…would they? 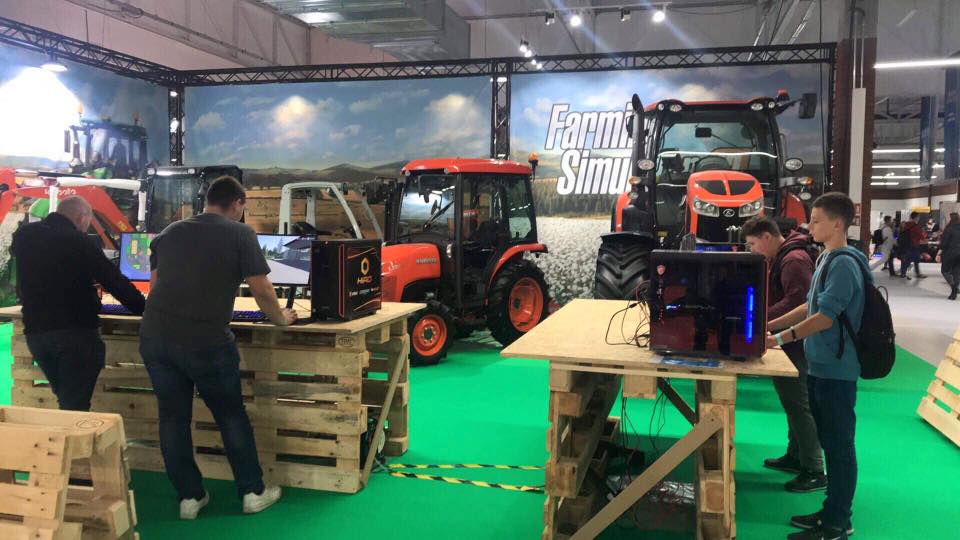 Apparently, they would. It seems that having the Kubota equipment on display at the Warsaw Games Expo was an error by the Polish distributor for Farming Simulator 19. Earlier today, GIANTS Software’s Community Manager Lars Malcharek stated:

Just so you know guys: That Kubota pic (Warsaw games week thingy) … it’s nice right? Here is the thing: We do not have Kubota in the game… won’t be in 19

Looks like those of us who got excited about using these orange tractors will have to stick to painting our Valtras orange! In the meantime, we’ve got all kinds of fact sheets and gameplay trailers to ogle at. Make sure to check back with Scholarly Gamers for all the Farming Simulator 19 news you need to know!