GIANTS Software has released a new trailer for Farming Simulator 19 showing off a host of new equipment. Similar to the “From Seeds to Harvest” trailer that was shown in advance of Farming Simulator 17‘s release, this trailer follows a field through the various stages of growth and demonstrates the activity necessary at each step along the way. New equipment is shown for each step, giving a sense of the breadth of the available options in the game. Many new pieces of equipment as well as more details on various activities in the game were shown in today’s trailer, so let’s get to it!

The trailer opens by showing both a male and female character riding horses, and once again the horses look great – the animations seem smooth. The human character models have been improved from Farming Simulator 17, with the male model no longer forced to wear a hat and the facial features looking more defined overall.

From there the trailer dives into fieldwork and doesn’t slow down. A New Holland T7 is shown – the T6, T8 and T9 were recently confirmed on GIANTS’ website, but this is the first we’re seeing of the T7. After a brief scene of that tractor pulling a plow, we cut to a Challenger MT743 pulling an Amazone Cenius 8003-2TX Super cultivator. This is also the first time we’ve seen the MT in action in Farming Simulator 19 and it looks fantastic. Both it and the New Holland T7’s models are beautifully designed and look just like the real thing. 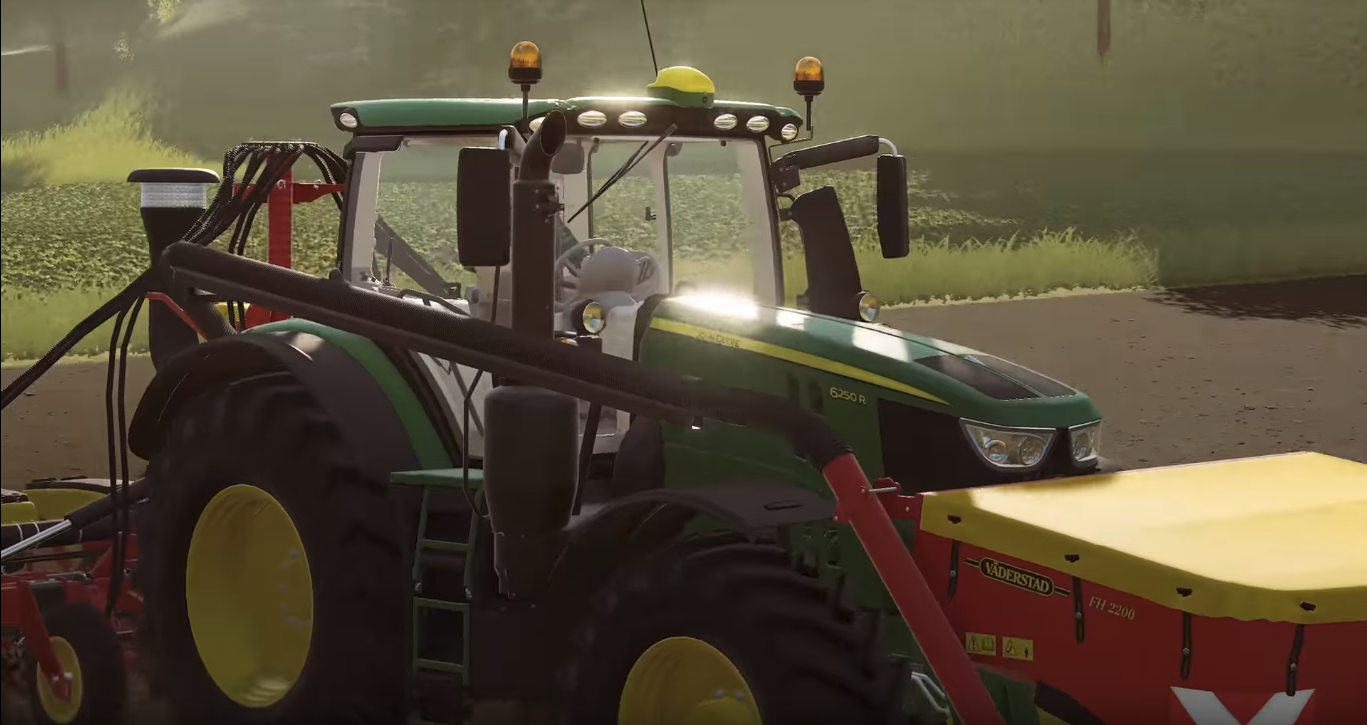 After the tillage is complete, the trailer moves on to planting. This was GIANTS and Focus Home Interactive’s way of introducing us to the John Deere 6R series, and it looks great! Shown first pulling a Grimme GL 860 Compacta seeder, then a Väderstad Tempo V TPV 8 seeder (with FH2200 attachment), the John Deere 6250R makes quick work of seeding potatoes and cotton, and we move on to the next stages: weeding and fertilization.

Many players will likely be delighted to see a piece of older equipment shown, as the weeding segment showcases a Fendt Favorit 515C – a tractor from the late 1990s – pulling what appears to be a Treffler TS1520/M3 “precision tined harrow” (in the game, a weeder) through a field. Treffler’s website indicates that this model of weeder is available in widths from 1.5 metres to 16.0 metres, and can even be equipped with the Treffler sowing system (though we don’t know if we’ll see that addition in the game). After that we see the Stara Imperador 3.0 spraying fertilizer on the field. The Stara was previously posted on the GIANTS website, and details on it – as well as on the Väderstad and Grimme seeders mentioned above – were provided in our first equipment list article. 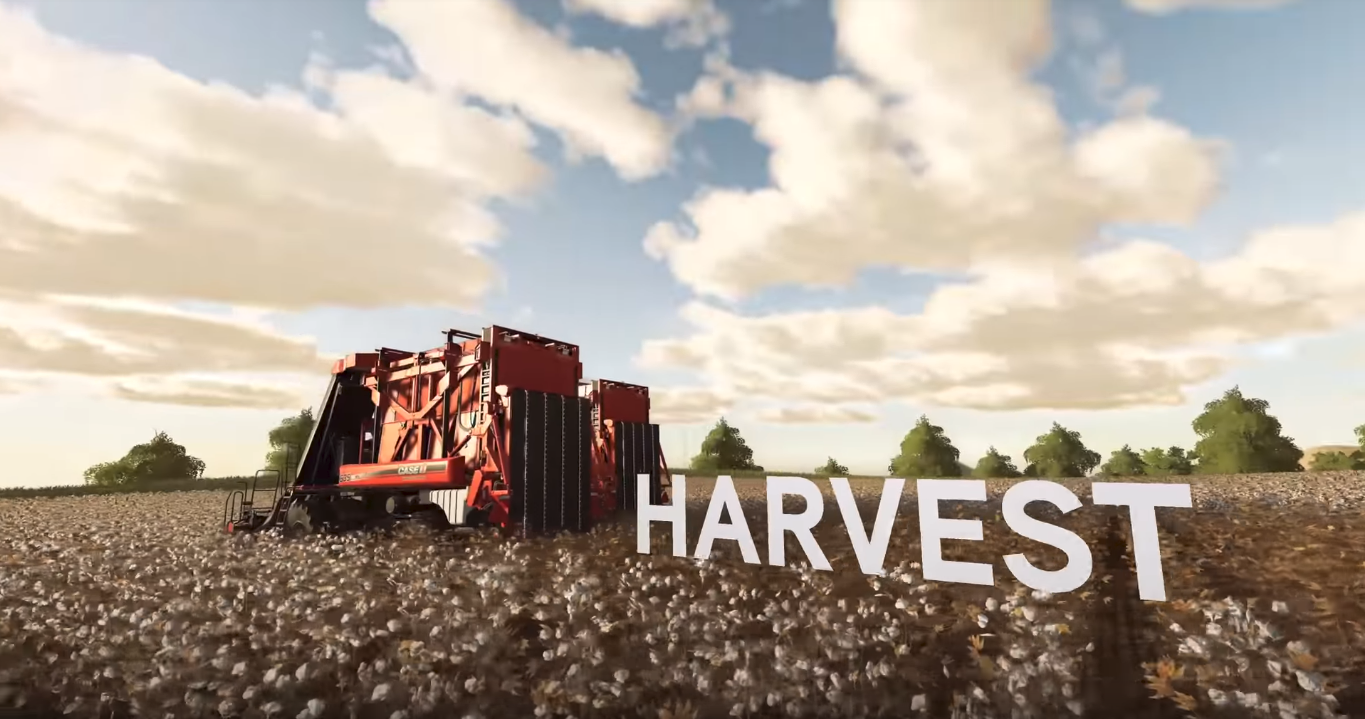 Finally, after a short clip showing the different growth stages of the crops, we move on to harvest. This part of the trailer was clearly carefully designed to showcase how cotton harvesting will work (which is particularly useful for those like me who know nothing about cotton farming). We see the Case IH Module Express 635 picking cotton from the plants, and then unloading a module onto the ground. Enter the Lizard Roadrunner pulling a special trailer designed for picking up and transporting that module, and away they go. The Grimme VARITRON 470 Platinum TERRA TRAC from last week’s fact sheets is also briefly shown harvesting potatoes.

And there you have it! The graphics in the trailer looked exceptional throughout, with both the vehicle models and environments they’re working in bursting with quality. Trailers such as this make me incredibly excited for the game, as they remind me just how varied the activities can be and all the different types of equipment available to get the jobs done. It’s great to see cotton in action and learn a little more about how harvesting and transporting the crop will work. It goes to show that cotton will truly offer something entirely different from the other crops in the game, with specialized equipment necessary for harvest – somewhat similar to the way that potatoes and sugar beets have worked in the past. 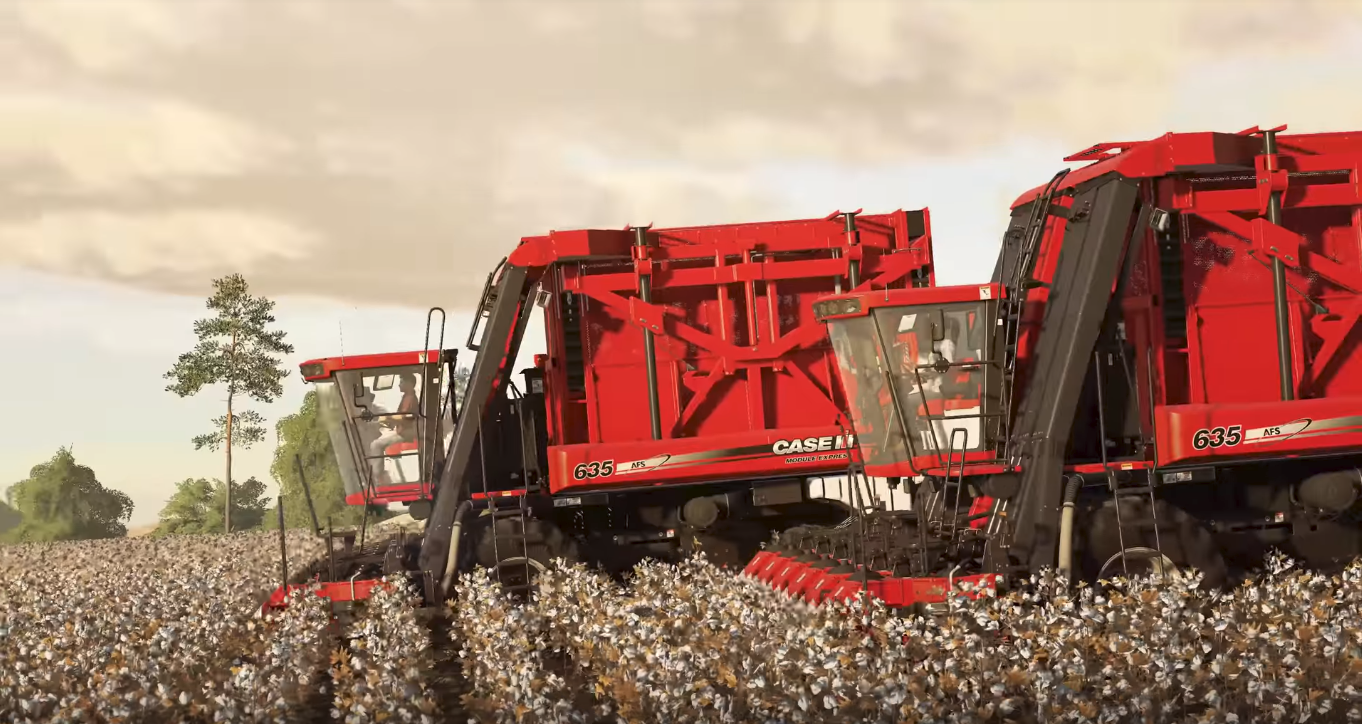 This surely won’t be the last trailer we see from GIANTS leading up to Farming Simulator 19‘s November 20 release date, so be sure to stay tuned to Scholarly Gamers for more news as it’s released!