For most of the last day, tens of thousands of Fallout enthusiasts remained huddled around one communal screen in anticipation of Bethesda’s next game within the Fallout lineage. On their Twitch Channel, Bethesda had set up an ‘IRL’ stream that simply showed a Vault-Boy bobblehead in front of an always-on screen that simply stated “PLEASE STAND BY”, in typical Fallout fashion. 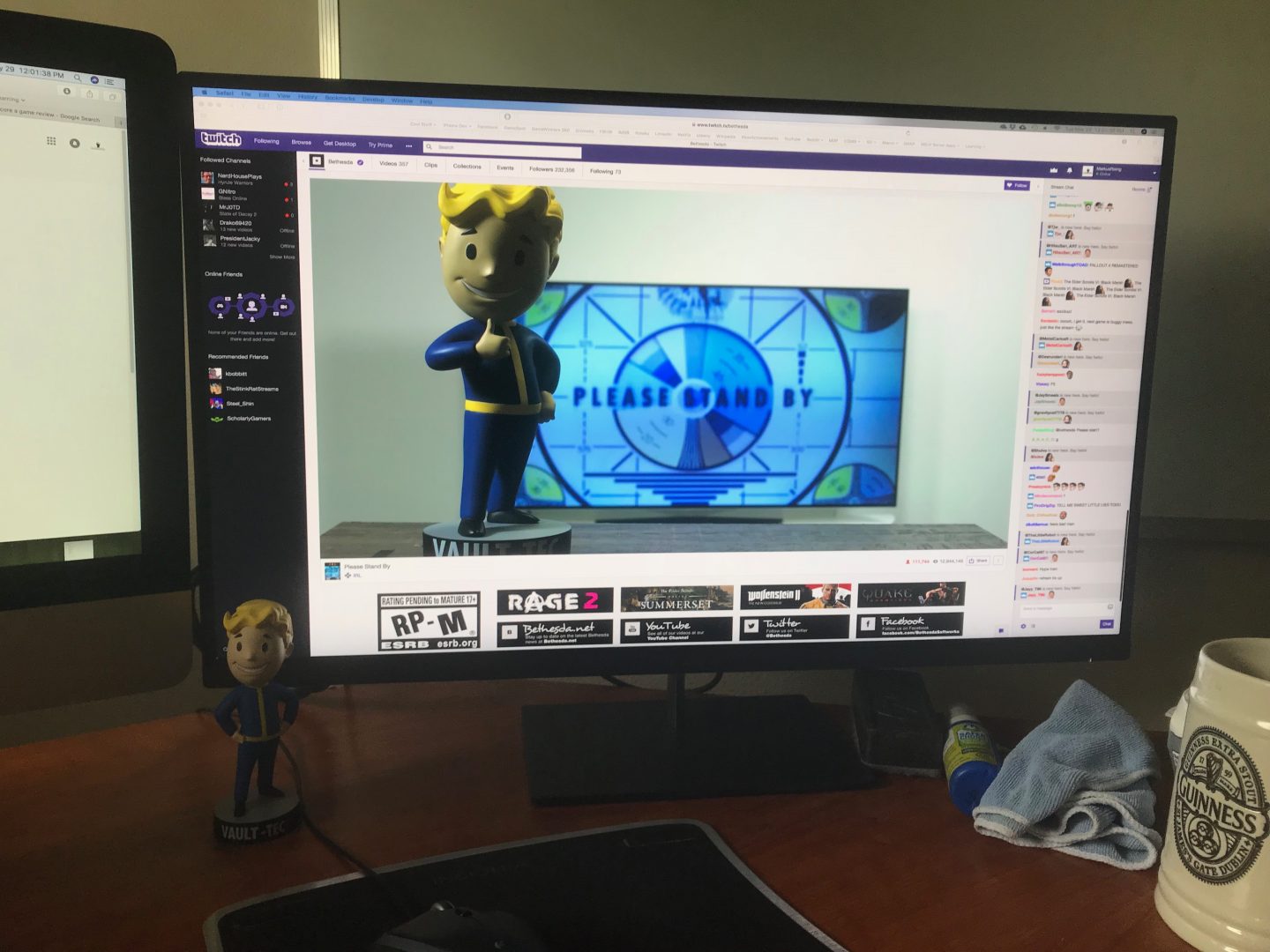 Across the hours, the Bethesda staff manning the stream would make minor adjustments or appearance that would re-pique the interest of those that were paying any attention. On one occasion, a Vault-Boy sock puppet appeared and chattered away, before leaving as abruptly as it entered. On another occasion someone wearing a Sons of the Harpy mask (of Game of Thrones fame) walked on-screen, brandishing a golden dagger, and moved to stab the Vault-Boy bobblehead in the back but walked off-screen again. A balloon popped into frame at one point when I was out of the room, and was later replaced with a pixelated Vault-Boy (again, when I wasn’t looking).

There many more small changes and engagements over the course of the day (I left the stream on a side monitor for most of the afternoon), with one even featuring Pete Hines (a Senior Vice-President of Bethesda, often present for announcements and reveals) where he walked on-screen, poured a bottle of Nuka-Cola Quantum into a pair of Fallout-themed paper cups, spiked it with something (vodka?) from a little flask, toasted the occasion, and walked off with both cups in hand, leaving no trace for those not paying attention in that moment. 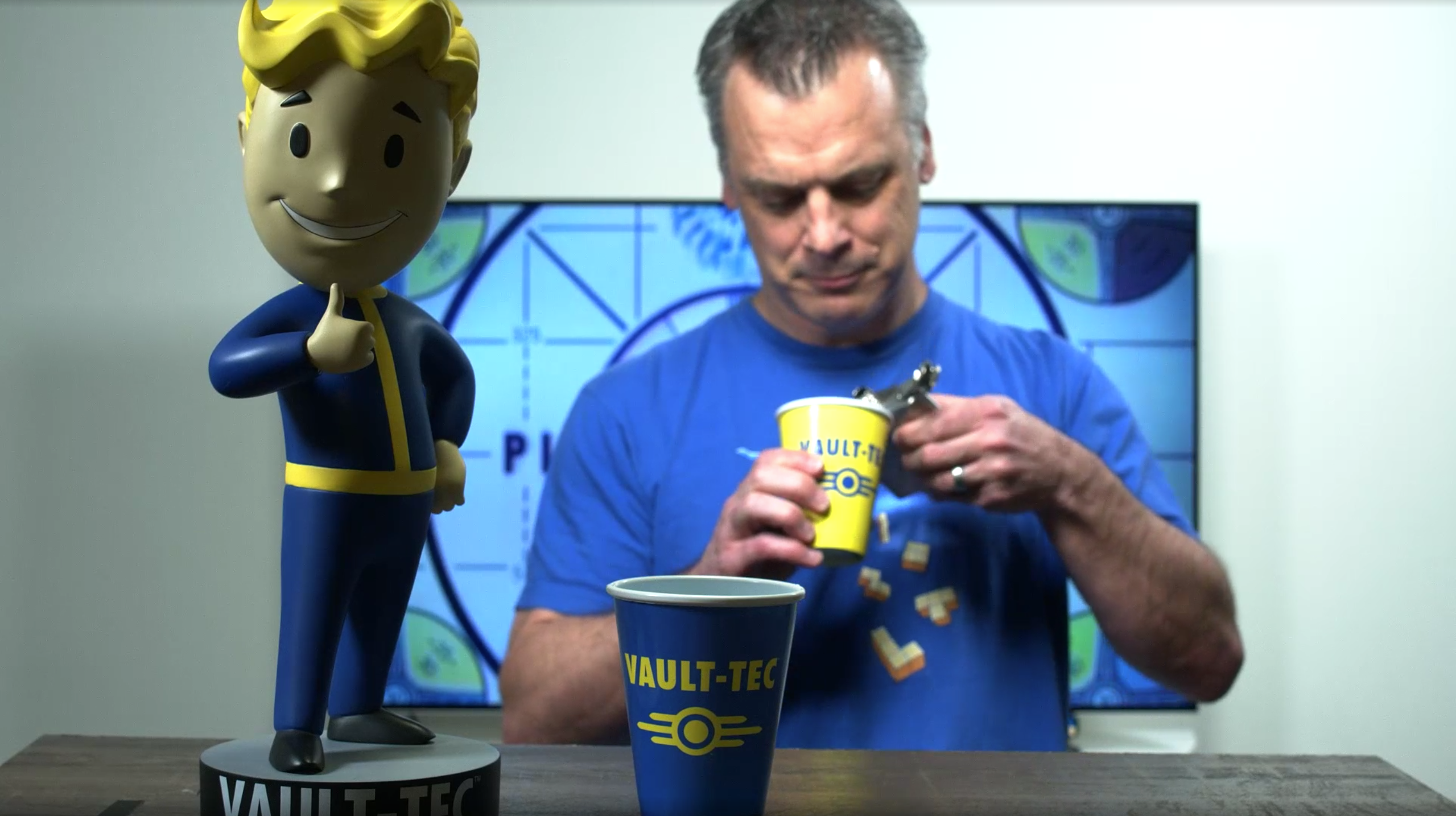 By 5pm MST, nothing had been firmly announced yet, and sometime before 11pm MST, someone had shut off the light, put the bobblehead to sleep, and left the PLEASE STAND BY screen running in the background. This morning, however, when I checked in (at 8am MST), I was pleasantly greeted by the following change in status: Fallout 76 – Official Teaser Trailer. It had arrived.

The Fallout 76 teaser trailer opens on a old radio, as intro crawls for Fallout games often do, playing the a cover of the icon John Denver tune ‘Country Roads’. The camera pans out through a Vault bedroom, apartment living room, and eventually out into the main space that shows a Vault-Tec themed party, devoid of guests, and a large banner celebrating ‘Reclamation Day’ in the background. Balloons are filled and floating, confetti lies everywhere, and the plant life remains green and lush.

This vault was inhabited recently (a few days ago at most, assuming the Fallout universe’s helium balloons slowly leak the way that ours do), and nothing shown in the trailer exhibits the typical 200-year-old decay present in most post-war emergences. Avid fans of the Fallout franchise will surely ponder about a few cryptic hints towards the game’s content and theme as teased by the 90-second trailer: 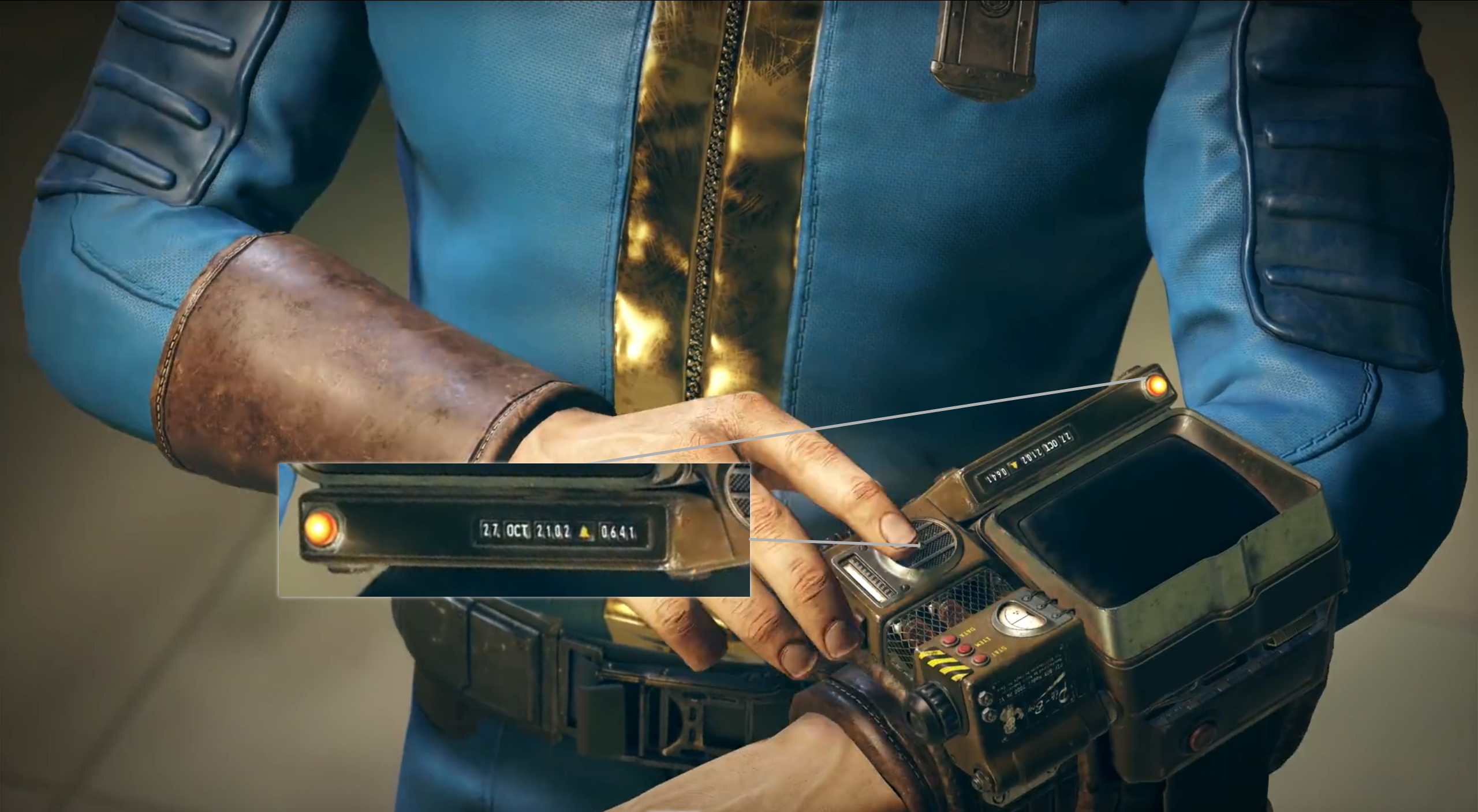 Be sure to follow along with Bethesda’s E3 Press Conference / Showcase on June 10th at 6:30PM PST for more news on Fallout 76. and be sure to come back for Scholarly Gamers’ coverage of E3 2018. 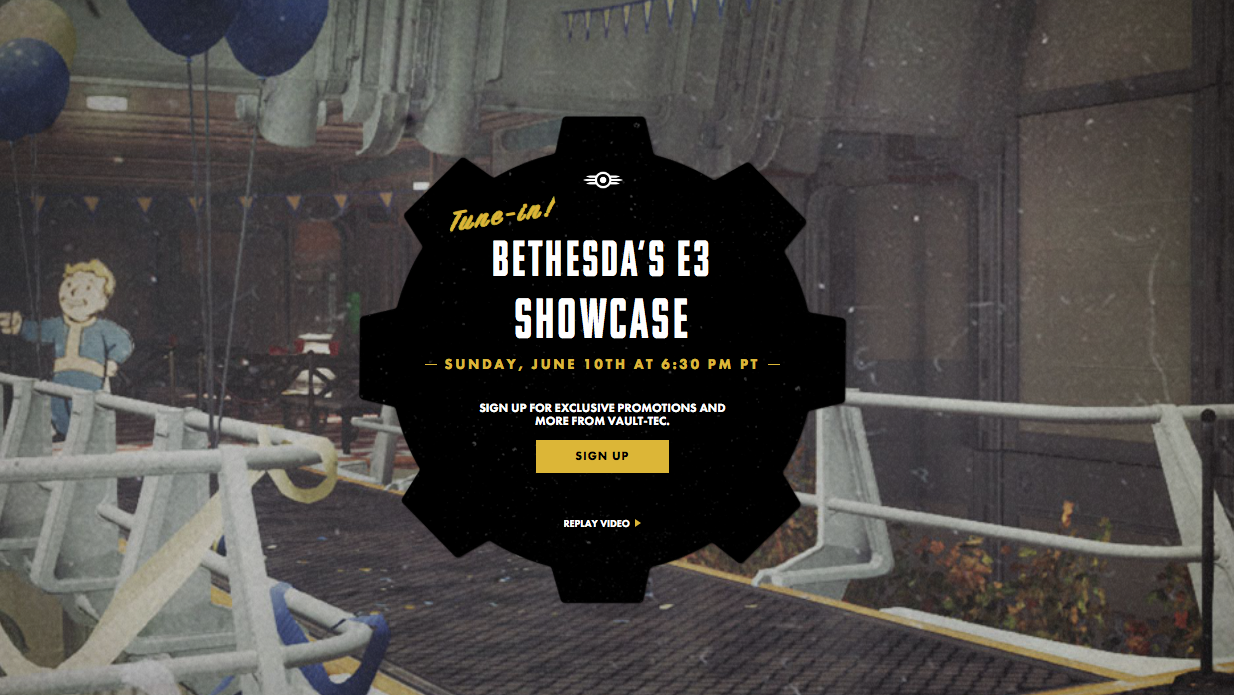 Community Feedback Hamstrung a Golden Age of the Xbox One