On October 25, 2018, on the eve of 2018’s biggest release of Red Dead Redemption II, Warren Robinett gave a talk to an eager young crowd at the University of Calgary. Robinett, a legendary designer of the Atari age, became a literal household name after sneaking his name into the Atari classic Adventure. The secret room is regarded as the world’s first Easter Egg, although he merely regards the room as him leaving his “signature”. Adventure, released for the Atari 2600 in 1979, can be considered the first open world game to contain more than one “screen” for the player to traverse. Robinett’s story is a fascinating one, tacitly navigating a minefield of office-politics and technical limitations to create a new genre, the open world game. A genre with a rich family tree including other iconic precursors like The Legend of Zelda, with blood lines extending all the way to the recently released Red Dead Redemption II.

As much as I appreciated his technical feats of wizardry, shoe-horning an unprecedentedly large game into 4 kB of ROM and 128 bytes of RAM memory, I more-so appreciated his eagerness to share his knowledge and experiences from a bygone era. As more and more digital artifacts fade from existence, it has become increasingly important for the stories of these archaic pieces of art to be preserved for future generations to enjoy and learn from. After all, if we can put the artifacts of ancient Mesopotamia into a museum, how hard can it be to preserve the one’s and zeroes that defined the 80’s?

The biggest opponent to video game preservation might surprise you: bit rot. It is easy for us to take for granted the vast amount of seemingly permanent data living at the touch of our finger tips constantly being backed up to a cloud. The ROM cartridges that many of us grew up playing have no such luxury.

If it is not the physical hardware cartridges deteriorating over time, then it’s typically the encoded software losing its integrity. Bit rot is the cutesy term for the gradual corruption of stored data and can happen for a variety of reasons, but the end result is the same.

Time marches on, and with it the slow decay of some of our industries finest titles.

Can’t We Just Back The Data Up?

Yes! And that is where emulators come in. An emulator is a piece of software which mimics a console or computer. Thanks to emulators it is possible for the original look and feel of a game, at least to a certain extent.

The argument is often made that emulating a game can never truly capture how it feels to play a game the way it was originally intended. That is probably true, after all could you imagine playing Duck Hunt using your mouse as the “light gun”? In addition to that, developing emulators is not a trivial task as it requires a sort of reverse engineering of how a console works. And as consoles get more and more complex, developing emulators similarly requires much more work.

Why Would We Want To Emulate Recent Games?

We usually talk about video game preservation in the context of retro titles that we want to conserve for future generations. But I would like to draw attention to a more recent example.

August 2014 saw a cryptic demo sneak its way onto the Playstation Network Store. P.T. was a deeply unsettling horror experience from masterminds Guillermo Del Toro and Hideo Kojima that nobody saw coming. P.T. came out of nowhere and raised the bar for how a horror game can instill terror. Unfortunately, Kojima’s souring relationship with publisher Konami would eventually lead to Konami enacting a scorched earth policy and erase every trace of P.T. from the face of the Playstation Store. 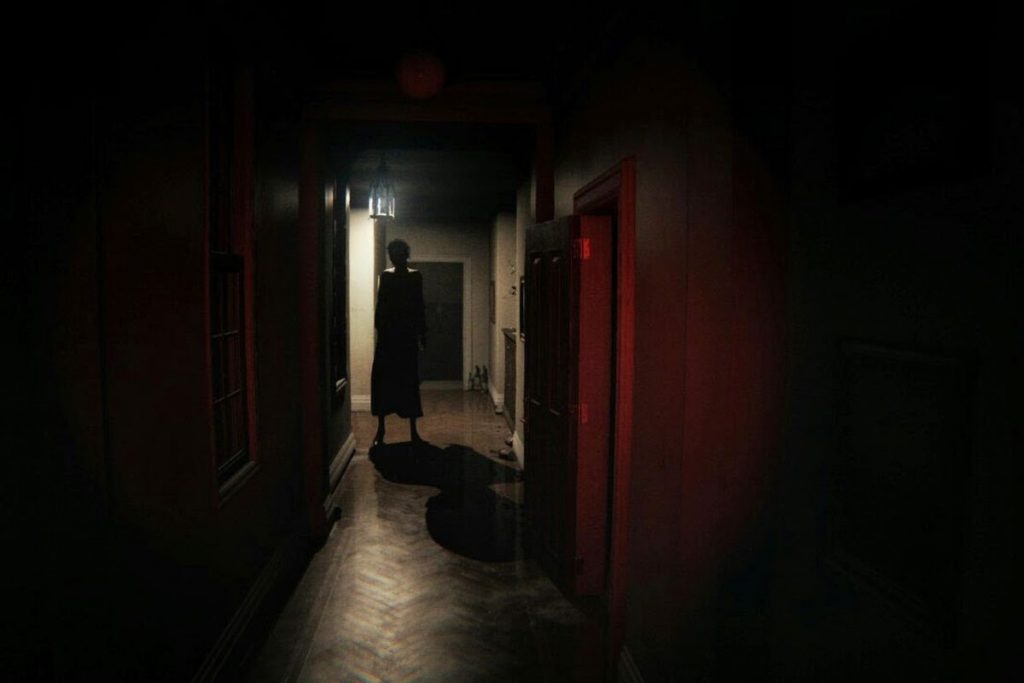 Fans raced to try to hang on to this unprecedented, transient and utterly incredible demo. The only way to experience P.T. after that purge was to own a Playstation that had P.T. installed on it. Such consoles were listed on ebay for exorbitant prices, one going for a staggering £1000. A dedicated young fan even tried to recreate the entirety of the demo using the Unreal Engine. Unfortunately, that attempt was shut down by Konami’s legal division. It is a shame that such a transgressive and visionary piece of art would never again see the light of day. It is unlikely that future generations will get to sample the revolutionary demo which was the progenitor for the survival horror revival we are currently experiencing.

P.T.’s story and impact on gaming culture is one deserving of its own article. It is a prescient example of the need to preserve, as well as a reminder of the legal woes that can sometimes make preservation a challenge.

Send In The Lawyers!

Emulators were briefly mentioned above, however, what was not mentioned is the legally grey area that they reside in. Emulators have long existed under the presumption that anybody using an emulator to play a game, owns a physical copy of that game. As you can imagine, this made it all too easy for gamers to emulate games they have never owned.

Just this past July, Nintendo exercised their right to their intellectual property and filed a lawsuit against major ROM websites. It is now almost impossible to find ROMs online without going to more dubious sources.

Regardless of how you feel about ROMs and emulators, they were an integral way of preserving the games of old memorializing the progress that this industry has made. But as Nintendo — and now Sony — hope to capitalize on nostalgia by re-releasing old games on their respective digital storefronts and on classic consoles, it is unlikely that they will let up on ROM providers now that the precedent has been set.

What Is Being Done About It?

Thankfully, many groups and organizations exist with the purpose of preserving our collective digital history. Groups like The Video Game History Foundation, who are dedicated to “cataloging, digitizing and preserving the history of video games” through collecting artwork, documentation and other peripheral artifacts of the industry. Preserving Virtual Worlds, funded by the Library of Congress in an effort to preserve “non-traditional media”. The Game Preservation Society that strives to “preserve this important culture”. There is no shortage of resources and groups with the common goal of preserving our passion, all they need now is your support. 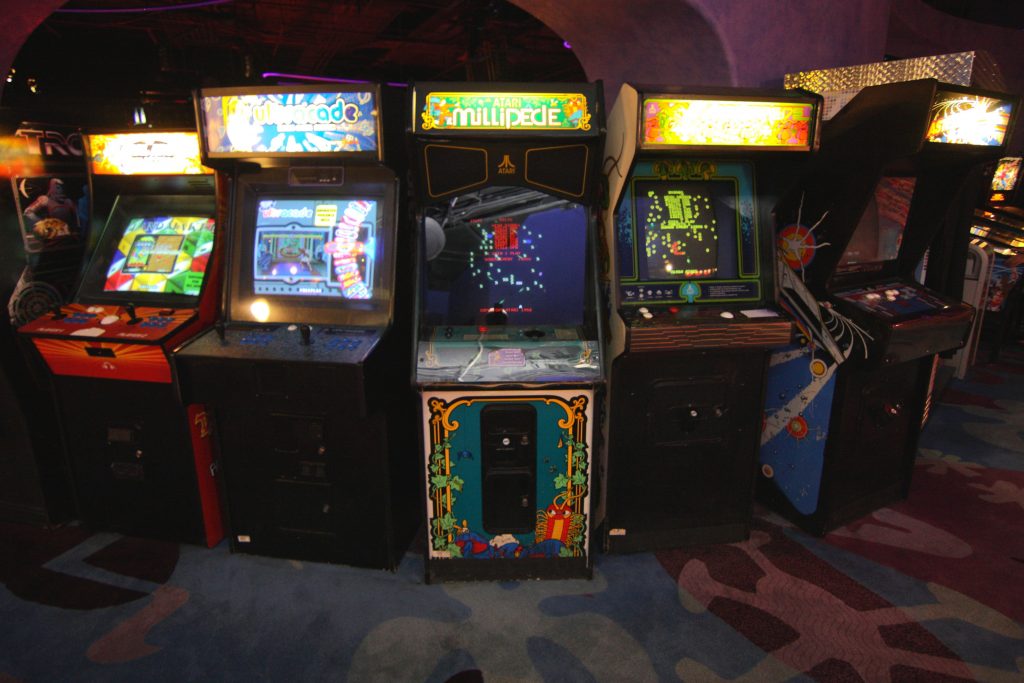 GOG.com was born in 1994 to bring a legitimate game market to Poland after the non-existent piracy laws of the communist era gave way to rampant piracy. The GOG.com we know today is not only an excellent market place for reasonably priced PC classics, but also a way to get your hands on the soundtracks and manuals of the games we grew up with. Without the efforts of GOG and studios like Night Dive Studios, responsible for countless re-releases and re-masters, I would have never had the opportunity to play The Secret of Monkey Island or I Have No Mouth and I Must Scream.

GOG, which just celebrated its ten-year anniversary, has always taken a hard stance against Digital Rights Management. DRM for short, is a system which restricts the buyer of digitally downloaded media to limit unauthorized distributions. GOG sees DRM as an antagonizing force against preservation as it is a system which places limits on the lifespan of your media. Getting DRM-free media not only gives you a greater sense of ownership, but it will also preserve your games letting you keep what you buy, no matter what hardware it was intended for.

There are plenty of obstacles in the way of preserving our digital history, but there are even more supporters of doing so. Everyone can do their part, from supporting any of the organization mentioned above, buying DRM-free games or even just hanging on and taking care of your old consoles and games.

This industry that we all love so much is a dynamic, living thing that is constantly changing. If we are not taking snapshots of where we have been, we might lose sight of where we are headed.

Team 17 Bringing Automachef Out of the Kitchen Summer 2019