Another EVO has come and gone, we have crowned new champions, enjoyed the hype moments, announcements, and our community. EVO always brings a lot of new eyes to the fighting game community, and I’m here to tell you what to expect if you want to attend.

The Evolution Championship Series has become the flagship tournament of the Fighting Game Community (FGC). Founded by Tom Cannon, Tony Cannon, Seth Killian, and Joey Cuellar, it was initially known as Battle by the Bay. In 1996 the first tournament was held in Sunnyvale, California, with tournaments for only two games; Super Street Fighter II Turbo and Street Fighter Alpha 2. After three tournaments under this name it was christened Evolution in 2002.

The tournament later moved to various venues in Las Vegas, using the ballrooms of hotels such as the Red Rock Resort, Tropicana, and Caesars Palace. The amount of games hosted also increased over time, as well as moving from being played on arcade cabinets to consoles. Now it seems that EVO has found its permanent home in Mandalay Bay, using its convention center and arena. 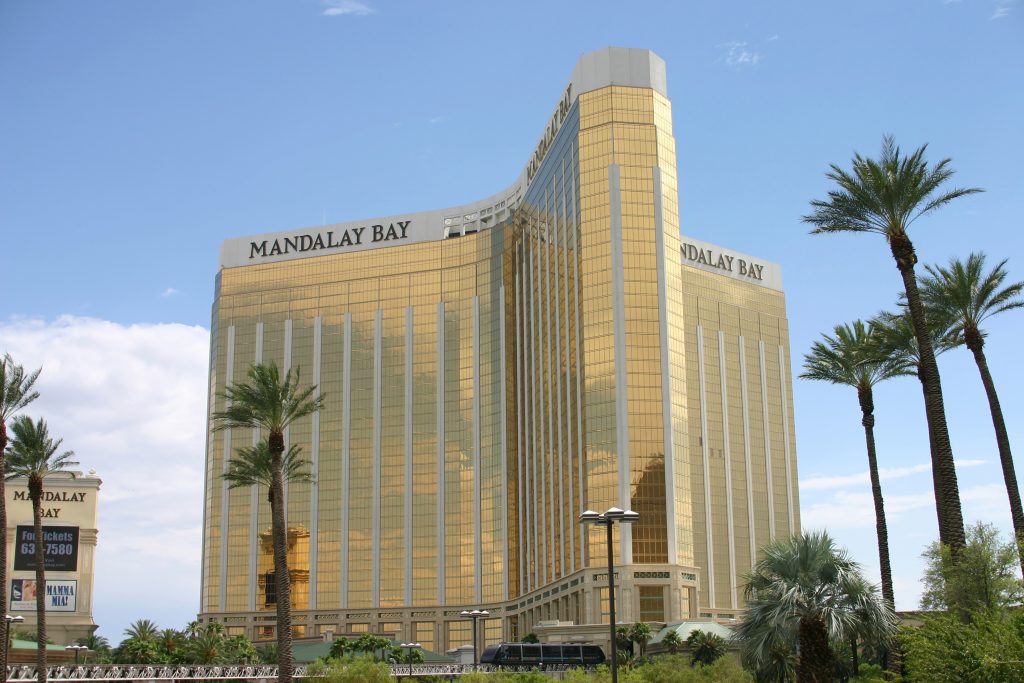 Of course EVO’s location is also part of its attraction. As the event has grown in conjunction with Las Vegas, EVO has become a whirlwind of entertainment. There is the 12,000+ attendees that you could find all over the hotels to play games with, and the Luxor hotel has recently incorporated an Esports Arena in its basement. This venue was used to host some exciting exhibitions, while also allowing a spot for players to play in the after hours of the tournament. More so than other events, the city definitely feels like it is taken over by the FGC upon arrival just due to the amount of people in attendance. Many community heads also organize various “Salty Suites” where players can go to party after a long day in the convention center.

EVO is a spectacle and celebration of all fighting games, the one time a year where a large chunks of every community around the globe shows up. From United Arab Emirates to Mexico, it’s exciting just to see so many who love fighting games in one place. The production has to match this as well, with large stages and screens for every game spanning the Mandalay Bay’s convention center, with five of the competitions’ finals being held in the adjacent arena. Have you ever cheered for someone to win a game of Street Fighter with 12,000 other people? It’s a little surreal.

EVO has standard fare as far as shopping goes. Gaming Generations is of course in attendance, and you’ll see a huge slew of artists from all walks. Sometimes these artists make EVO their only fighting game tournament stop of the year, so you may be able to buy something you aren’t able to at other events. This is also the first event I have seen selling retro video games, even sealed! And of course, demos for up and coming games will be here for you to try out. 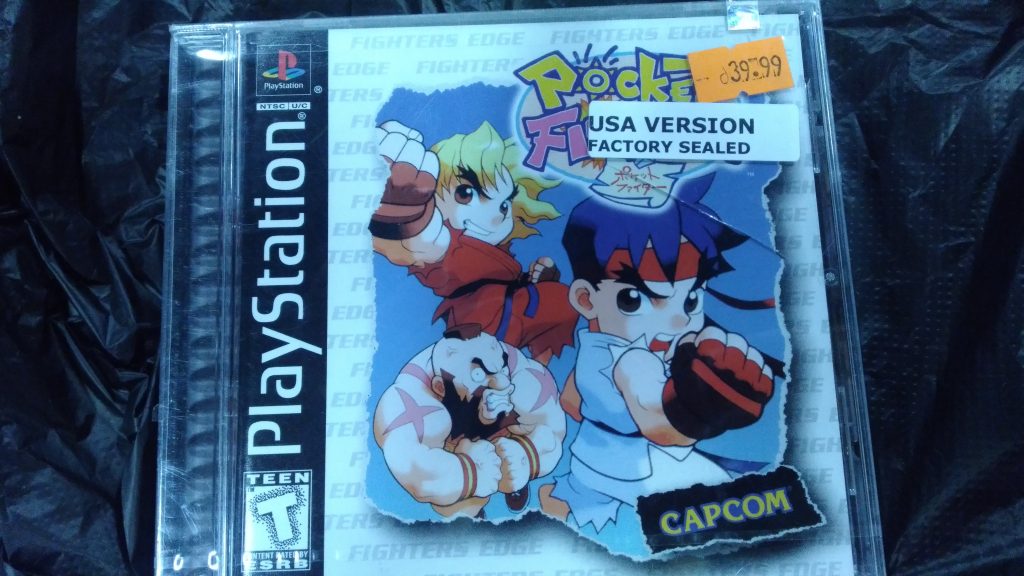 EVO has become something of a mini E3 for fighting game announcements. Tekken 7’s existence was premiered at EVO 2014, and 2017 saw the debut trailer for Trunks in Dragon Ball FighterZ, the cast of Fighting EX Layer, and the reveal of BlazBlue x Tag Battle. If you ever wanted to be part of a live announcement, consider this icing on the cake for attending EVO. 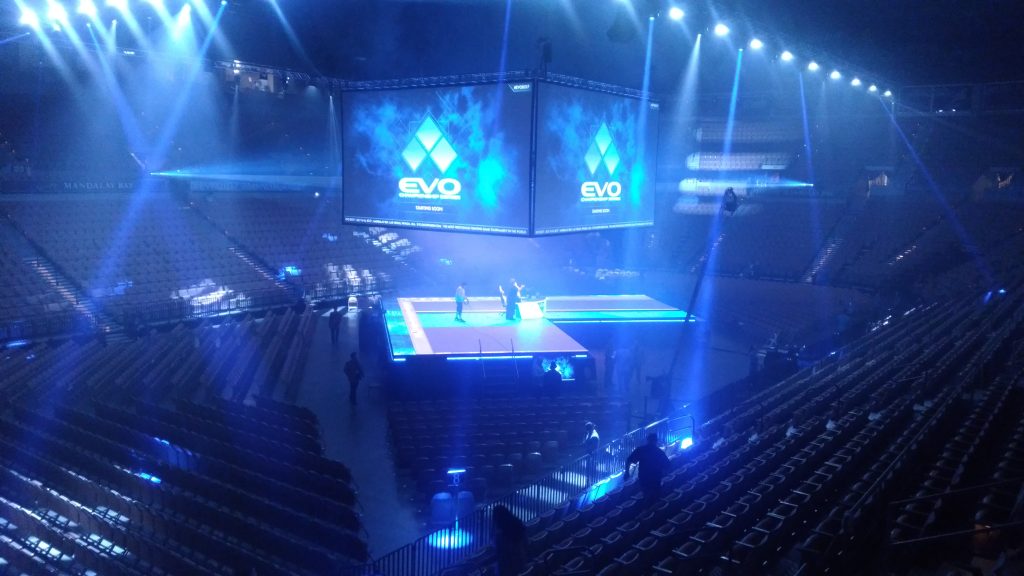 There is an energy that radiates from EVO that is felt at every fighting game event, but magnified to an extreme at EVO. It’s the fact that all of us, no matter our walk of life, have decided to commune in this city in the desert to celebrate our love of this genre. Because attendance multiplies every year, EVO only means more and more to each new champion, as they’ve managed to climb higher in these gigantic brackets. The audience shares in that joy, and after the arena has emptied we all move on to celebrate what we just witnessed, and that we were there. I think this is why commentator James Chen cries after every EVO. It’s a culmination of the FGCs evolution up to that point.

And it is simply beautiful.