Discord has become the defacto chat program for game players. 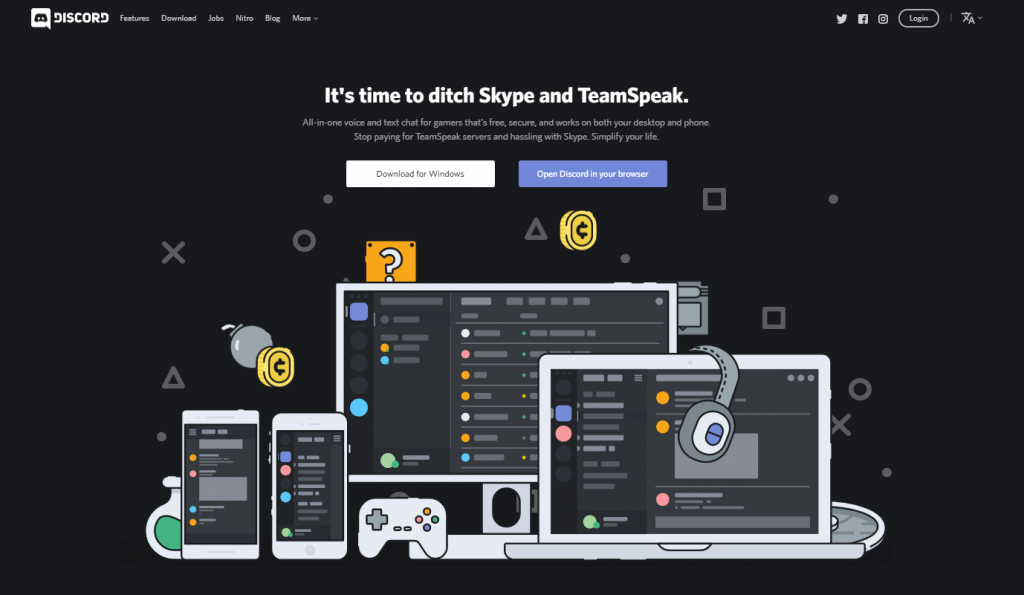 It’s a one-stop shop for all of my gaming needs. Discord has low-latency voice chat, screen sharing, rooms for sharing content with your friends and has become the ubiquitous choice for game players trying to connect with one another. With a user base of 87 million players, Discord recently raised $50M at a valuation of $725M. The freeware program is worth three-quarters of a billion dollars. But they have a major problem: they haven’t found a way to broadly monetize their platform.

Sure, they have merchandise and a premium service for devoted fans of the platform, but they haven’t come close to scratching the revenue surface yet. With their current model, Manny Anekal of The Next Level hypothesized that Discord will probably be purchased by “…a publisher, platform or media company” and I tend to agree with this assessment.

Given these parameters, I would like to hypothesize who might be the lucky buyer of this platform.

Unlikely: Alphabet (aka Google), Apple or Amazon (and by extension Twitch)

Before we dig in to the more-likely buyers, let’s begin with the tech giants that make the least sense to acquire Discord.

First, Alphabet. Google’s new parent company, Alphabet has structured their business in very particular way. Their core businesses, the “Google Segment”, represent around 99% of their yearly revenues. The core business includes their Google Properties (search, apps and YouTube), the Google Network Members’ properties (AdSense, AbMob and DoubleClick AdExchange) and other Google revenues (like the Google Play Store, Hardware and Licensing, for instance). Alphabet houses all of their other business interests in the Other Bets category. These Other Bets appear to be large, long-term plays like Calico (biotech), Google Fiber, Nest and Waymo (self-driving cars).

Within their Other Bets, Google has made strategic investments in gaming, but none of these seem to be material to the health of the overall business. Google will likely continue to make gaming related investments in Virtual Reality (VR) and Augmented Reality (AR) like their acquisition of Owlchemy Labs in May 2017 as well as a possible Streaming Games Platform with the alleged codename “Yeti”. Well that, and trying to gamify ads. A Discord acquisition doesn’t fit with these gaming related directives.

Second, Apple. Apple seems to fluctuate between caring about games and not caring about games depending on the year. Apple certainly has the cash reserves to make any acquisition they want in the game business, but Discord would be the furthest thing from a strategic acquisition for Apple. Over the past twelve months, Apple has only made three moves in the gaming market: they released development tools for Augmented Reality, announced that Thatgamecompany’s next game Sky will release first on Apple devices and they have allegedly expanded the Apple TV trademarks to include video games. Apple’s gaming business is too nascent to buy Discord.

Third, Amazon. Amazon has a small-but-mighty portfolio of gaming assets. In 2014, they formed Amazon Games Studio and purchased both Double Helix Games and Twitch. They have since purchased GameSparks and released the Amazon Lumberyard engine. Discord would fit the bill for a typical “technology-based” Amazon acquisition. It also fits with their gaming portfolio. The one glaring issue? Amazon already made a similar acquisition when they bought Curse, Inc. in 2016. The Twitch Desktop App, which you may have recently downloaded because of the Free Games With Prime initiative, is largely a re-branded Curse App. Twitch recently added rooms like Discord to their Desktop App and if Twitch/Amazon wanted to build features that make Twitch a direct competitor to Discord, they totally could; they just haven’t. Also, there’s likely tremendous crossover between Twitch and Discord users. To me, there’s no added value in Discord for Twitch.

Now, Alphabet, Apple and Amazon may not purchase Discord, but Tencent, Facebook or Microsoft could.

Tencent is the world’s largest video game company and they continue to make large investments in the industry on a regular basis. Just this week, Tencent purchased a 5% stake in Ubisoft. Over the past five years, they have gone from a minority player in games business to owning Riot Games & Miniclip, holding significant chunks of Supercell (the makers of Clash of Clans and Clash Royale) & Epic Games and have grabbed a minority stake in Activision Blizzard (12%). A growth in Chinese investment and their strong appetite to expand their reach into the global gaming industry makes a Discord acquisition possible. However, Tencent may just pivot their existing businesses to cater more to gamers.

Recently, Tencent used WeChat, China’s largest social media site with a reach of a billion users, to bolster their newest game, Honour of Kings and WeGame, Tencent’s direct competitor to Steam was re-launched around the same time that Steam was partially banned in China. Mirroring these two moves, Tencent could launch Discord-lite functionality onto one of their existing social media platforms or build a Discord-like service themselves instead of purchasing Discord outright.

Even if Discord gets purchased by someone else, Tencent wins because they already own a piece of Discord. In their latest round of venture funding, Tencent Holdings was one of the investors.

Facebook has a track-record of whip-smart acquisitions. Facebook bought Whatsapp to expand in Europe and emerging markets and secured Oculus and their technology for non-gaming applications of virtual reality. 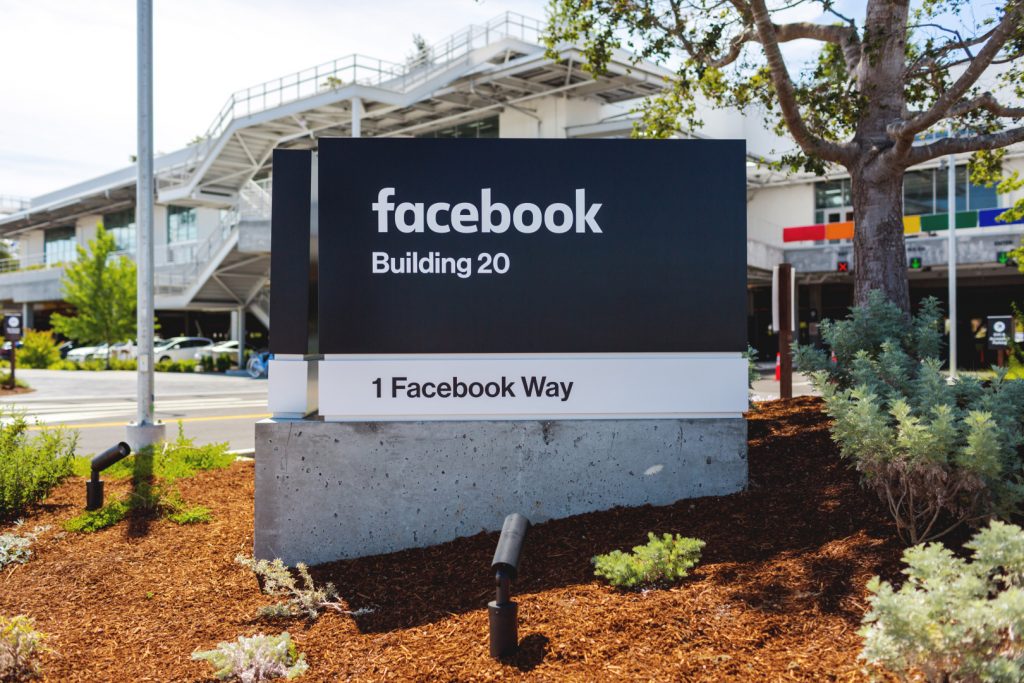 Now picture a Discord acquisition with an Instagram frame of mind. Facebook acquired Instagram to swallow up a rising star in the social media sphere. Instagram had 30 million users at the time of acquisition. By my estimation, Discord has almost doubled their user base (from 45 million to 87 million) over the past ten months. Similar to Instagram, Facebook could also solve Discord’s monetization problem with ads. Although gaming may be considered niche, Facebook could turn Discord into a small profit driver for the company (the $1B acquisition of Instagram generated an estimated $4B in revenue for Facebook in 2017).

Small caveat: given the recent allegations around the Cambridge Analytica data breach, Discord may not want to allow themselves to be acquired by Facebook at this time.

Microsoft is slowly building the best gaming platform on the planet. The Xbox One has built five game-focused pillars for their “premium gaming” model: the Xbox Game Pass, EA Access, Games with Gold, Backwards Compatibility and Xbox Play Anywhere.

With these pillars, it is clear that Microsoft is steering their business toward a world where you buy a game and play it wherever you are, either on PC or on a box in front of your TV. Imagine how Discord could fit into this model. A chat platform that everyone loves to use, whose best features are integrated into the Xbox experience and elevates the Xbox and Mixer platforms. Sounds like a big win for Microsoft.

When beginning to draft this article, I thought that Tencent was the obvious choice to buy Discord.

Bold prediction: Tencent will buy Discord within the next 12 months.

The Chinese-owned company has made tons of moves in the market over the past few years but when looking at their non-gaming portfolio of social media sites and their existing minority ownership in Discord, I think that Microsoft and Facebook make more sense. Facebook could use some of Discord’s technologies to improve their platform and monetize Discord with Facebook ad technology, but at this time, I feel as though Discord fits too well into Microsoft premium gaming portfolio.

Microsoft buying Discord would continue their forward momentum as the best platform for games regardless of your choice of box (either TV-tethered box or PC).

If you have your own thoughts about the future of Discord, consider sharing them in the Scholarly Gamers Discord Server!