Amid the latest turmoil regarding Electronic Arts‘ microtransactions and loot crates in the full-price Star Wars Battlefront II, I wanted to take a minute to look back on something that I’ll freely admit – I used to love loot boxes in my games. There was something new, unexpected, and slightly gamble-y about it; at its core, however, it was simply a fresh gameplay mechanic that drove my multiplayer experience to a new level.

My first foray into (video) gaming with loot boxes was with Mass Effect 3 – another title published by EA, curiously enough – released in the spring of 2012. The multiplayer was a new-to-me take on ‘competitive co-op’ with credits (money) being earned for the team’s performance score at the end of a round. That cash could then be saved or spent on loot boxes available in a handful of tiers; the more expensive, the better chance for securing rare and/or high-powered gear for your characters. I was hooked rather quickly, I confess, as I’d spent a significant portion of my childhood cracking open booster packs of both Pokémon and Magic: The Gathering cards. The whole process was an exercise in a risk-vs-reward game of chance, but one that felt pretty safe considering I was only spending currency earned in-game, not real-world money. Until I did.

I spent ~$10 on Xbox Points (back when there was a dollars-to-points conversion) so that I could buy a few premium packs to catch up with some friends who had spent a whole weekend gaming without me. They were regularly pushing upper-difficulty missions (Gold / Platinum tier), and my lower-grade equipment simply wasn’t cutting it. So, a few premium packs later ($3 each), I fell right back in-step with my friends, fighting to push back the Reapers and Cerberus in their invasion of Citadel Space. At the time, Bioware was scrambling about to regain some high ground after the controversy surrounding the game’s ending, and began releasing modest, but substantial, multiplayer expansions for free. I gobbled it up, equated the $10 in premium packs to what I’d have happily paid for DLC, and made on my merry way.

A little ways down the line, more games began offering loot boxes as part of their progression system. Dragon Age: Inquisition was another that caught my eye (though the multiplayer didn’t grasp me quite the way that ME3 did), and the ‘battlepacks’ offered in Battlefield 4 for a variety of purposes felt like a nice addition to things that could typically be earned through normal gameplay. I never felt like a full-ticket ($70-80 CAD) game was trying to squeeze me for every penny in my wallet, and I don’t recall ever sinking money into these packs the way I did that one time for Mass Effect. It wasn’t until the last couple of years that I’ve really taken notice of all the franchises injecting ‘optional’ microtransactions by way of loot crates and boxes into multiplayer-heavy games as a means of monetizing the game a little bit further

With 2015’s Call of Duty: Black Ops III offering loot boxes in their Black Market shop, players have been extended the opportunity to purchase ‘CoD Points’ that can be used on loot boxes, and that kind of bugs me. At that point, we’re talking about buying an $80 game, the $50+ map pack / season’s pass add-on, and now a third option to purchase (the chance of receiving) customizations and cosmetics? No, thank you, but I do understand that there’s a certain desire / need for publishers and developers to subsidize server costs for long-running games that see tens to hundred of thousands of users per day. On the other hand, however – the injection of in-app purchases to bypass certain ‘grinds’ in the game is a curious proposal unto itself. 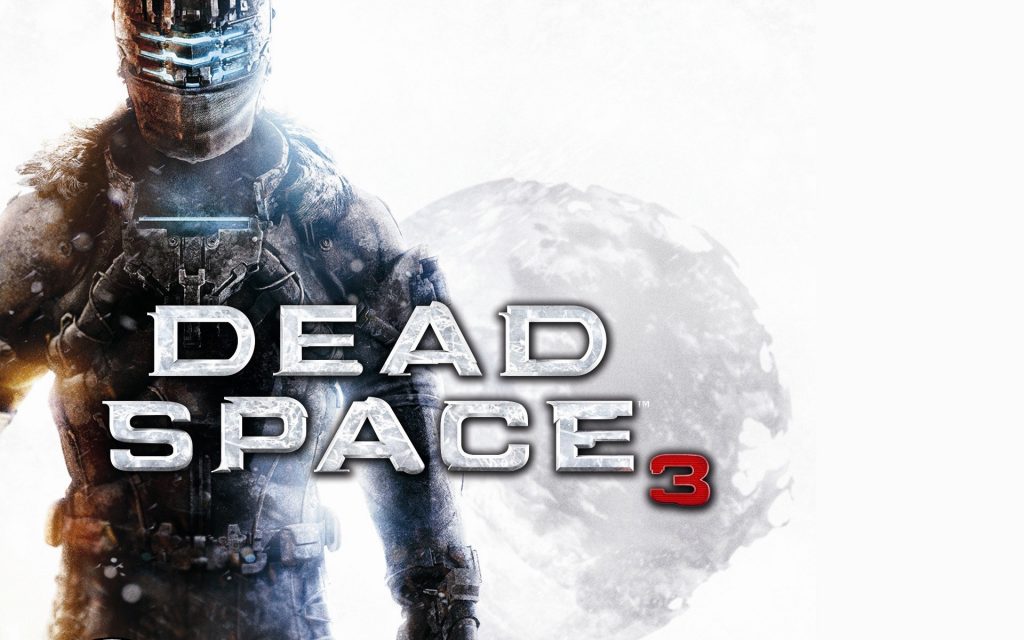 In 2013’s Dead Space 3, players had the option to buy resource packs, a consumable purchase, that would give the player character (Isaac) materials to use in constructing weapon frames and parts. These materials could also be scavenged throughout the game by dropping robots that would return after a set amount of real-world time, but the presence of both options speaks volumes unto itself. The game allows you to spend all the real-world time you’d like collecting bits and bobs for your weaponry, but it feels like it wants you to cough up some money to bypass the need for waiting around. Of a similar note, this year’s Middle Earth: Shadow of War offers you a similar (albeit different) option to power up your character; you guessed it, more loot boxes.

An important aspect of the Nemesis System now comes in forging, customizing and leading your own army of unique Orc Followers against the fortresses of Mordor. Players can attack and defend fortresses throughout the single player main story campaign and also attack other player’s fortresses through Online Conquests. Players can forge their army by dominating Orcs in the open world while encountering them as part of Orc society, and players can acquire Orcs and other items through the Market (in-game store).

What makes the whole thing so curious is that at its basest level, you’re offered the option to pay more money to play less of the game. We’re not even talking about the ‘shortcut’ packs offered per-class in recent Battlefield games that took you to end-game levels / equipment. No, this is a single-player title, with consumable purchases bypassing the need to play about in the sandbox that is presented with the game. Moreover, and perhaps the most striking departure from traditional DLC models, you don’t get to re-open the purchased boxes if you start a new player character; they are, generally speaking, one-time consumables that would require re-purchasing them again in another playthrough a week / month / year down the road. Shadow of War may be an exception wherein some facets of the loot rewards may return in a later play through, but in the aforementioned case of Dead Space 3 and several others, the second play through required a second purchase to reach the same level of advantage. 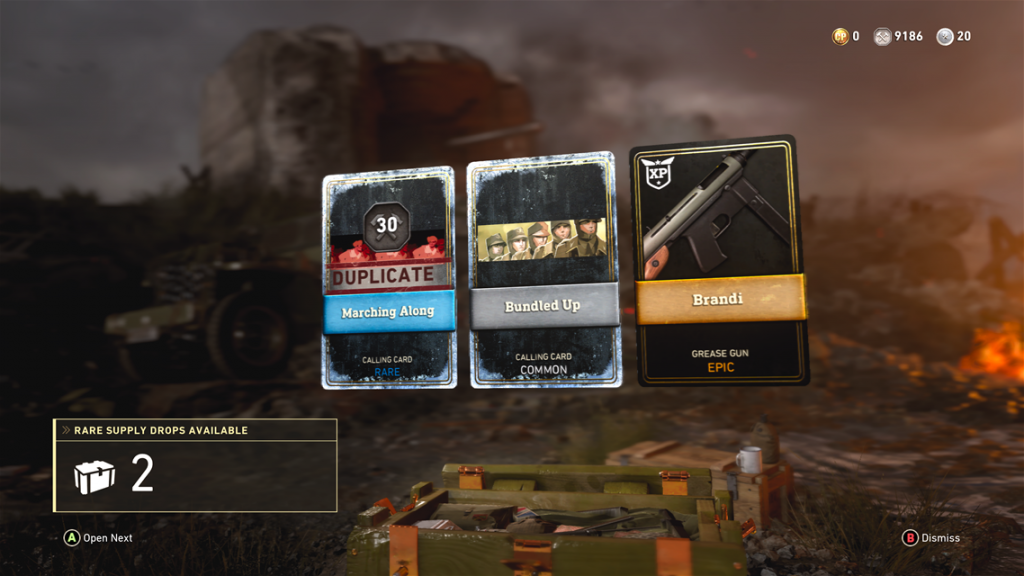 Present Experience With the Hot-Button Titles

It’s been a little while since the whole Battlefront II ‘loot box controversy’ waxed and waned; Electronic Arts was quick to pull the ‘pay-to-win’ option from the game, pending further evaluation. Having now had plenty of time to play the fall’s blockbuster (multiplayer) hits, Battlefront II and Call of Duty: WWII, I wanted to evaluate how loot boxes would impact multiplayer progression and how heavily gamers were actually being ‘milked’ in light of their previous claims. To be fair, WWII hadn’t borne the brunt of gamers’ ire the way that Battlefront II did, to be sure, but the continued inclusion of microtransactions and loot boxes was worth taking a look at while I found some couch time amid a busy work schedule.

I’ve spent much more time with WWII than I have Battlefront II, but I’m finding that these kinds of loot boxes are the ones I feel are more appropriate for gamers: they contain almost exclusively aesthetic items, and they can be readily acquired through daily and weekly challenges. With some exceptions (rare weapon skins that offer 10-15% bonus XP and / or some perks in the Nazi Zombies mode), the rewards from WWII’s loot boxes are cosmetic unlocks only, and many of which can be outright purchased from the Quartermaster (located in the new Headquarters social space) for currency that can be earned in-game.

On the other side of the coin, the loot boxes in Battlefront II were somewhat cumbersome to grasp until I realized that virtually everything is dependent on the progression awarded to those who’ve opened many of these packs, and that the rewarded Star Cards were categorized into the various classes of soldiers, vehicles, heroes, etc. The progression in Battlefront II doesn’t pander well to my own expectations, which is likely a primary factor for why I’ve spent nearly ten times longer playing in the second World War than I have in a galaxy far, far, away. 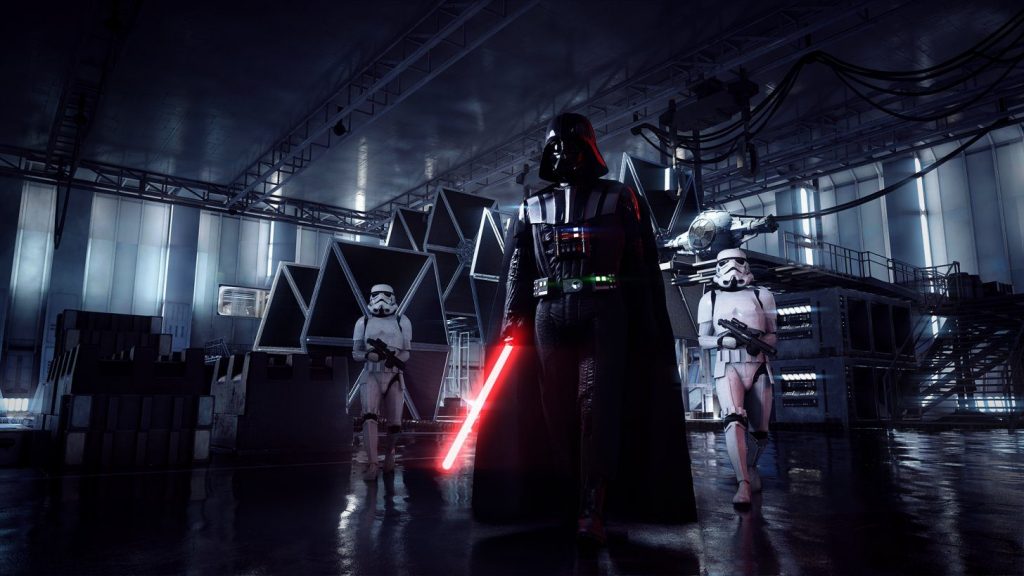 The State of the Game(s)

It’s a pretty commonplace joke for people to (glumly) hearken back to the days of cartridge-based games when gamers received the entire product for a single purchase. It’s a wry joke, to be sure, as they simply could not be modified, amended, expanded, or revised; consoles were offline devices, and the limitations of the day prevented developers from shoehorning-in manners of extending their games’ revenue cycles. With ever-growing staff, budget, and post-release support windows paved with DLC (paid or otherwise), the fact remains true that it’s never been more expensive to profit as a AAA-tier game developer – especially one that must bear the ongoing cost of multiplayer servers.

As such, it only makes sense that large-scale developers seek out new ways to recoup costs associated with the aforementioned inflating budgets. Major companies like EA have found success in the past by including loot boxes and supply crates, acquired through conventional gameplay and/or real-world currency. It’s surely their hope to land a few ‘whales’ (an industry term for those who invest heavily in optional content), but the fine balance lies in enticing players to spend some more of their own money without causing the rest to feel ‘squeezed’ for everything that they have to offer. Such is how it was when I first stepped into the world of Mass Effect multiplayer, and ceased to rightly be the case with each successive pop-up shop that felt as though real-money-based games of chance were fair game for acquiring all things collectible.

Recently, the ESRB put out an announcement that “[t]he new In-Game Purchases label will be applied to games with in-game offers to purchase digital goods or premiums with real world currency”. This is in direct response to public outcry against some ‘gambling’ and ‘predatory’ behaviours (on behalf of game developers and publishers) that have allowed games to turn extra profit within the final product, and has some of us within the industry scratching our heads.

Yes, I believe that it’s important to note whether or not a game contains in-app purchases (it’s been commonplace in mobile app stores for ages now), but I can’t help but feel that the ESRB’s broad labelling is somewhat misguided, as it lumps both loot boxes and single-player campaign DLC into the same category. The In-App Purchases label should serve to differentiate or note the manner in how money can be spent, not just to illustrate that you can. We’ll surely have more on the ESRB’s labelling in the coming weeks on Scholarly Gamers.