The Street Fighter V Capcom Pro Tour concluded December 10th, with an outcome very few predicted. Powering his way through the 32-man bracket, the tournament concluded with 18-year-old RISE | Mena RD (Saul Mena) in a first place finish over favorite to win Echo Fox | Tokido (Hajime Taniguchi.) Mena had some denying his possibility to win until he had the trophy in his hands, but many people may be wondering why? Shouldn’t each contender who qualifies for Capcom Cup be in equal running?

First off, Mena RD is from the Dominican Republic, which hosts a small but very strong scene. Latin American players do not travel often due to high costs, leading to much less exposure on the world stage. In some ways, this is beneficial, as less is known about their habits and play styles. In this day and age of competitive fighting games, a majority of tournaments are documented on video by tournament organizers. Players are always watching each other to learn their opponents’ habits to be better prepared if their paths cross in a tournament.

Due to the fact that they travel less, Latin America is often unfairly written off as a weak area, given that they are not constantly competing at high levels. This lead to underestimation in Mena’s abilities. Coincidentally, Tokido lost his first round of Capcom Cup 2016 to another Dominican Republic player, DR Ray.

It’s also worth mentioning that the Dominican Republic was also in the wake of the disastrous Hurricane Maria, which left several players without power, and unable to practice. They persevered however, holding sessions where they played through the use of gas generators. People thought perhaps Mena would not have enough time to prepare for his opponents.

Lastly, Mena plays Birdie, a character regarded as poor by an overwhelming majority of the global Fighting Game Community (FGC). However, Mena has strong historic results, including beating Haitani and PG | Punk at Southern California Regionals in Los Angeles, and defeating Panda | Jiewa, RISE | Smug and DR Ray at First Attack in San Juan. All of these factors combined lead to a perception that Mena was “good, but not amazing” among most viewers. Despite this, Mena was ready to show the world how good he truly was.

Mena defeated Xian, the 2013 Evolution Champion, and Kazunoko, the 2015 Capcom Cup Champion. It seemed no one felt shook by his presence until Mena sent Daigo “The Beast” Umehara to the losers’ bracket, by exploiting Daigo’s stubborn habit of blocking against characters who have a command grab. A command grab is different from a regular grab, in that it cannot be teched or “broken” by pressing light punch and light kick simultaneously. It has to be avoided by backwards dashing, a reversal move, or by jumping, making it much harder to dodge. 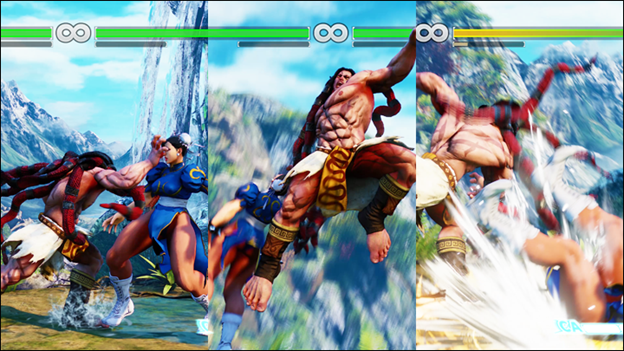 With this victory, Mena qualified for the Top 8 of Capcom Cup 2017, yet many still questioned his ability. Tokido had displayed a similarly dominant run through the lower half of the winners bracket, defeating Ricki Ortiz, Gachikun, and Bonchan along the way. It was assumed that they would meet in winners’ finals, but bets were placed firmly on Tokido. Tokido played Akuma, one of the most damaging characters in the game, and had brought the character to what people believed was his full potential.

At the start of Top 8 on Sunday, Mena soundly defeated DNG | Itabashi Zangief 3 to 0, displaying a very clever bait by using Birdie’s leaping command grab in order to make Itabashi jump backwards and be countered by Birdie’s Critical Art. Tokido in turn quickly dispatched Yukadon’s Ibuki down to losers. When it finally came time for their match, a lot of people’s expectations were thought to be proven true, as Mena came close but lost to Tokido. Tokido confidently left the stage, while Mena sat for a moment contemplating his only loss in the tournament so far.

On the opposite end of the bracket, AW | Nemo was clawing his way out of a hellish weekend. Having won the Last Chance Qualifier tournament, which contained over 200 players, Nemo left a ruined path in his wake as he went from not even being a player in the tournament to making it to losers finals against Mena. 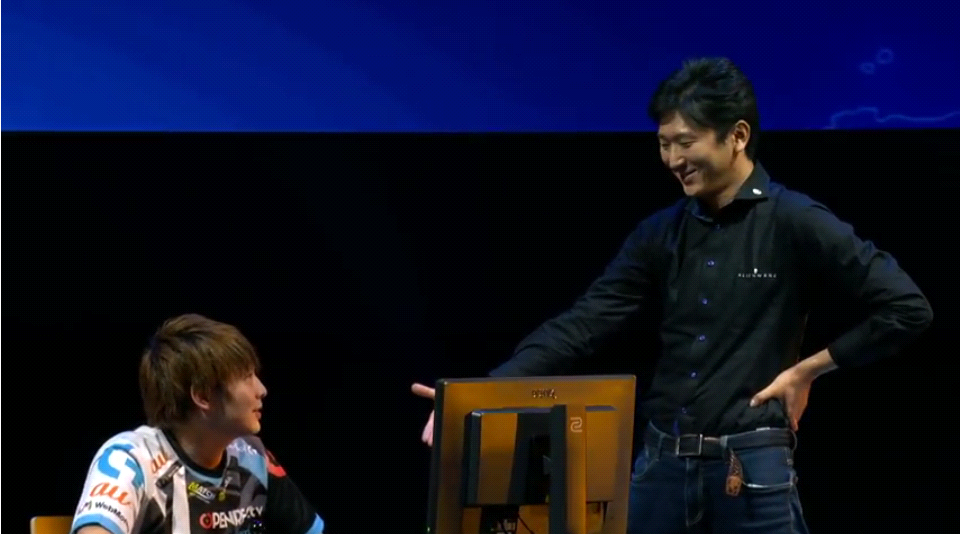 Nemo marched forward, determined not to lose after coming so far. Nemo had made come back after come back, but Mena looked fully prepared for the match up, and most importantly, unshaken by his prior loss to Tokido. With Nemo eliminated, Mena would now have to win six games against Tokido in order to take the championship.

Mena came in strong, quickly stopping Tokido’s V-Trigger offense with his own. Tokido immediately regained his control of the match, even pressuring Mena enough for him to do a wake up Critical Art – a high risk, high reward tactic that Tokido blocked, sealing the first game for him. This allowed Tokido to surprise Mena with his own wake up Critical Art in the next round. As Mena was waiting to see if Akuma would do a wake up reversal, Tokido instead responded with the Raging Demon Critical Art, a command grab.

Tokido now sat at tournament game, but Mena opted to go to character select and think. This is an important tactic used by players to take a moment to calm nerves, think about how the match is going, and to think of different adaptions. Mena succeeded in this, bringing it back from a 2-0 deficit to reset the bracket. The first time Tokido was on match point, he did a very high risk EX Dragon Punch, something rare for Tokido to do, showing that Mena had caused his mental fortitude to crack. Tokido may have grown over-confident with his lead.

Mena won the next set by exploiting Tokido’s apprehension, as he began using Birdie’s Bull Horn move to completely shut down Akuma’s 50/50 situations. In situations where most characters have to make a split second decision between blocking a normal attack and teching a throw, Bull Horn allowed him to avoid throws. While he would still be hit by Akuma’s normal attacks, being hit out of the Bull Horn caused Birdie to slide farther back than usual, making Tokido hesitate in completing his combo. In game 4, round 3 there is even a point where Tokido goes in, only to be punished by Mena for doing the “proper” combo. The key use of this move is what lead to Mena taking the lead over Tokido, and each use of it only served to further break Tokido down. Mena’s adaption to the situation, being given just enough games with Tokido to learn when he could and couldn’t use Bull Horn to escape Tokido’s pressure was a genius move, and one that showed his composure was on a champions level.

Mena was awarded $250,000 (around 12 million in Dominican pesos) and plans to use the money to fund a new “dojo” or practice space for his scene. With such a young, strong talent at the head, the Fighting Game Community will definitely have its eyes on Latin America now!