I remember the exact moment that I fell in love with my wife. Only a few days after we first met, I was on I-75 coming home from class. She and I had been discussing replaying Borderlands together, and she sent me a text that read “I just hope I can find another Combustion Hellfire SMG.” My heart fluttered and I got weak in the knees. Also, don’t text while driving, kids.

Later that evening, she and I were on Xbox Live replaying a game that we both loved, starting new characters and going through it together. Over the course of the next month, she and I were gaming together every night and we bonded so much during that time. Eight months later, we were married (that picture above is our wedding invitation).

Borderlands 2 came out later that year and we’ve accumulated over 200 hours in it over the course of the past five years. I’m not kidding when I say that the Borderlands series played a huge role in my marriage, and because of that, it holds a lot of sentimental value for both us.

Sometimes games are extra special to us because of the situation we are in at the time. Resident Evil 4 was a game I played almost daily for nearly an entire year because I was trying to escape from the relationship I was in at the time. It sounds a bit strange to say that going into a world of evil cultists, ghoulish creatures, and chainsaw-wielding maniacs was how I escaped real life, but trust me, if you were in a relationship that bad, the world of RE4 would seem like an upgrade for you, too.

Most of my time spent playing RE4 was done so by passing the controller back and forth with my friend, Luke, who you may recognize if you listen to the Error Machine Podcast or have seen our YouTube channel. We’ve been buddies since high school, but that year was when we really became like brothers.

Skyrim is special to me in a similar way to RE4, and in some ways, mirrors what happened in my life at the time. At its core, Skyrim is a rags-to-riches tale. You begin as a prisoner being carted toward your execution, only to be extraordinarily saved and find out that you’re the chosen one. At the end of the game, you’re happily married with beautiful children in a comfy little home and everyone loves you. At least that’s how it turned out for me. It was a redemption story.

When Skyrim was released, I was at the single lowest point in my life, dealing with depression, anxiety, anger, and pretty much any other form of negative feelings all rolled into one. I was 26, living with my parents after a bad breakup with my former fiance, pro wrestling wasn’t going anywhere for me, I was in college but wasn’t sure what I wanted to do with my life, I worked a job I hated, and woke up every morning basically despising my life, and would go to bed at night and pray “God, just let tomorrow be better.” This is the state that I was in when I bought Skyrim.

I spent almost every free moment for the next few months doing nothing but exploring dungeons, stalking my foes from the shadows, and side jumping up every mountain I could find. If I wasn’t at work, in class, or doing homework, I was playing Skyrim, and for every moment of that, my boxer, Muldoon, sat loyally by my side (rest in peace, Dooner, I miss you buddy).

I started Skyrim as a prisoner, at least mentally, on my way to execution. But by the time I was done with it, I had met my future wife, was extraordinarily saved when I found my faith, I had left the job I hated and found one that gave me a feeling of self-worth, I was having a little bit of success in wrestling, I no longer harbored all the negativity, and overall, I just felt like a new, improved person. Perhaps saying that my life mirrored that of the Dragonborn is a little far-fetched, but in my own head, that’s how I see it.

So far I’ve spoken about Borderlands, Resident Evil 4, and Skyrim, all of which are incredible games. But what about games that aren’t so incredible?

I think we all have games that we love that were received less than favorably from critics. For one reason or another, they still hold a very special place in our hearts. One example for me is Devil May Cry 2. 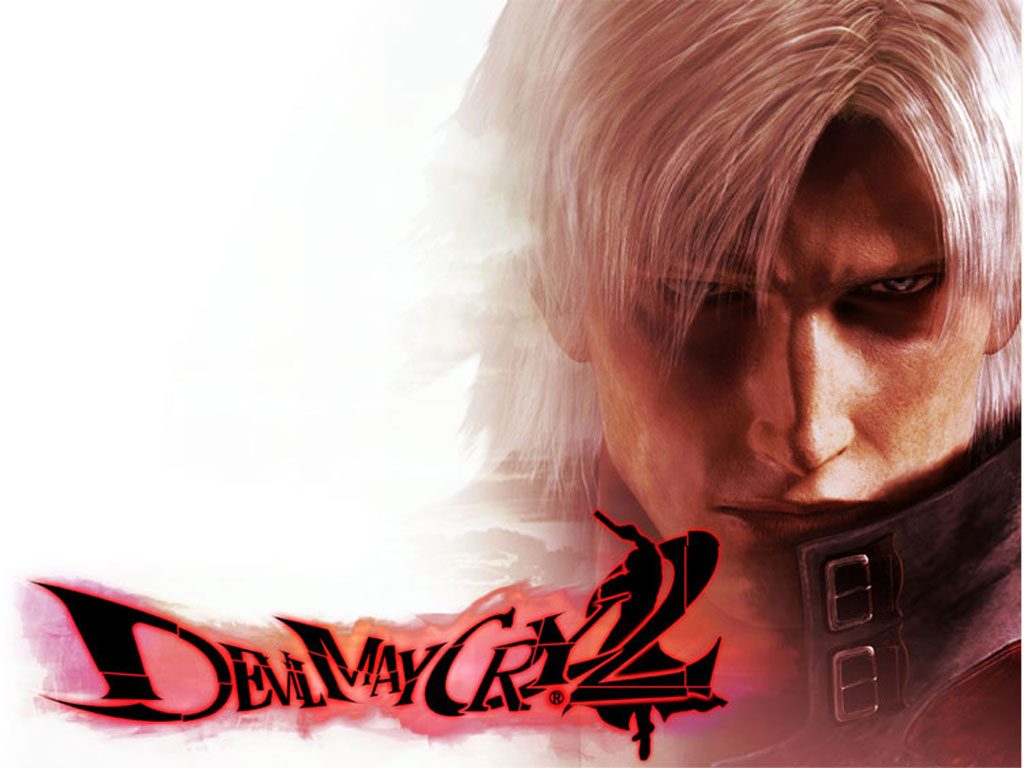 Released in 2003, it’s widely regarded as the black sheep of the Devil May Cry series, at least until the reboot a few years back. I don’t remember a whole lot about Devil May Cry 2 other than not being very good at it but still enjoying it enough to finish it. Granted, I was only 17 at the time and my taste in games was still being formed, but I did genuinely enjoy it. I hadn’t played the original, so I had no means of comparison.

DMC2 holds a sentimental significance with me because it was a belated Christmas gift from my brother. He had just started his first real job, and one of the things he did with his first paycheck was buy me a gift. My brother has never been as interested in video games as me, so he grabbed Devil May Cry 2 simply because he thought it looked cool and that it seemed like something I would enjoy. It was the first time he had spent money he had earned on a gift for me, which he didn’t have to do, and he knew I wouldn’t be able to give him anything in return. When I told him I couldn’t get him anything, he replied simply “I just wanted to get a gift for my little brother.”

To this day, whenever someone talks about Devil May Cry 2 being a bad game, it angers me. I recognize its flaws, but I can look past them because of what it means to me.

Don’t be afraid to try a game that others disliked. If you’re interested in it, then just play it and make your own judgments. Case in point, I had a lot of fun playing Aliens: Colonial Marines because I played it entirely co-op with a good friend and we just laughed at its awfulness.There is plenty of value in things like that.

There are plenty of other “bad games” that I’ve liked for one reason or another, the most notable being Mortal Kombat Armageddon. Warning: prepare your tissues. 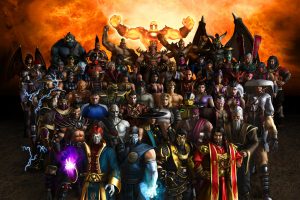 My friend Cole was a huge Mortal Kombat fan, and he and I would constantly call one another and share information about MK: Deception‘s Konquest mode. We wanted to find every possible secret, and we did it together. When Mortal Kombat Armageddon was announced, he was beside himself with excitement. The idea of having every MK character available in the same game was such a huge deal to him. Unfortunately, Cole lived with a disease called Cystic Fibrosis, and it took his life a few days prior to Armageddon‘s release date. His girlfriend went to GameStop and picked up his copy of the game the day before his funeral, and we left it in the casket with him. That night, all of our friends got together and played a few somber hours of Mortal Kombat Armageddon and drank a couple rounds of Pepsi (Cole’s drink of choice). I don’t know if you guys know this, but Mortal Kombat Armageddon is a terrible game, perhaps the worst of the series main entries, but when I think about it, I think of my best friend, so it can’t be that bad.

There are so many other games I could list here for one reason or another, like Super Mario World or WCW/nWo Revenge, but I think you get the idea. Video games, much like music, movies, and other forms of media, mean different things to different people. Personally, Lord of the Rings bores me to tears, but I understand why my wife loves it. On the other hand, The Simpsons played a huge role in molding me into who I am today, but she is pretty indifferent to the show.

This explains why I have such a love-is-blind love for all things Nintendo. Even when they make dumb decisions, I will defend them to the death. They’ve been a part of my life since before I could form memories. In fact, one of the earliest memory of have of life is being 3 years old when my parents gave my brother and I our new Nintendo Entertainment System. 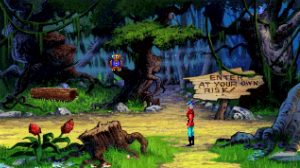 The King’s Quest series, The 7th Guest, and Indiana Jones and the Fate of Atlantis are all games that my dad played during his mid-90s obsession with PC adventure games, and I’ll never forget sitting with him at his computer doing my best to help him when he got stuck. After he finished a game, he and I would take a trip to CompUSA to find a new game to play. My dad hasn’t really played video games ever since, but I truly cherish those moments and remember them vividly.

Video games have a greater impact on us than we will probably ever know. They help us through things. They bring back beautiful memories. A sentimental game is like chicken soup for the soul; it just does you good. Don’t ever be ashamed to like a game just because someone else didn’t. Don’t let a negative review scare you away from a game you’re interested in. I’ve been burned more times by buying a game based on positive reviews than I have been by buying a game I was interested in that critics hated.