Destiny is a lot of fun, but it’s also something I’ve been playing for three years.

Destiny 2 has been out for just more than a month and I’ve had a chance to experience a great chunk of its expanse. Now it’s time to take an in-depth look at the game, because it just hit PC for the first time. Of course, it wouldn’t be right to pick apart the game without looking at its beginnings.

For those new to Destiny 2

In the first Destiny you were a space-magic wielding, immortal zombie who repeatedly saves the last city on Earth by slaying gods, intergalactic warlords, space-pirate kings, and time-traveling robots.

The first game placed you in a war-torn, empty, rusting cosmodrome in Old Russia. You were brought to life by a small, fist-sized, flying robot (voiced by Nolan North, a character which was originally voiced by Peter Dinklage when vanilla Destiny launched and famous for the hysterically delivered line, “That wizard came from the moon,” before being replaced by Nol-bot for the game’s second year).

Like traditional RPGs, you chose your class: Hunter (cloak-wearing ninjas), Titan (big armour, Master Chief-type), or Warlock (self-explanatory). There’s also a choice of race: Human, Exo (human robots), or Awoken (pale-blue, Drow-like humans from the asteroid belt). That’s pretty much where the roleplaying stops. You later discovered that there is only one human city left on Earth that sits in the shadow of the Traveler: a dormant, giant, moon-ish, magical orb that grants you and all the other “Guardians” playing the game immortality, space magic, and a want for everything else to kill you.

The story is horribly incohesive and you never really understand who you’re fighting or why. Your character is told their enemy is “The Darkness,” which is really only understood from reading tons of lore on the game, but even then it doesn’t really make sense.

When Destiny launched, it was also severely punishing of casual players. After hitting the natural level cap of 20, the only way to further progress was by finding rare legendary and exotic gear. These pieces of gear were found in select purple and yellow engrams, respectively. The only problem was that you could go hours of play without finding a single one and that, most of the time, when these engrams were identified, they dropped a lower tier of gear.

On top of that, to activate the full potential of gear, you had to grind level it through extended use and then use collectible items to further increase its power — items which were just as elusive as legendary gear itself. Within a year, they changed the formula to essentially what it is now in Destiny 2. Legendary items became extremely common and your favourite low-level items could be upgraded by melting higher-level items into them. 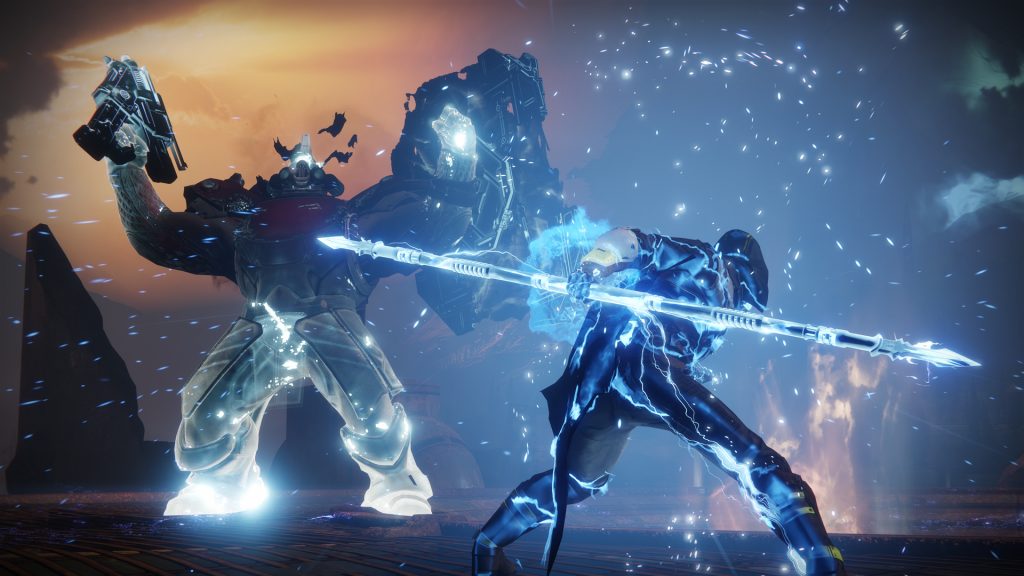 Now, Legendary gear is so common that I spend more time breaking it down than actively collecting it because I keep running out of space to store everything. I hit the gear level cap a couple of weeks ago and there’s no more excitement to new gear. In Destiny 1, each piece of gear could drop with varying stats and abilities, which added a whole sense of wonder to finding an item in hopes it had the perfect role for you — even if you were max level. Now, every copy of an item is the same, so there’s no point in getting more than one.

The grind is practically gone in the game. Destiny 2 has shifted into a game made for the casual player. While that is convenient for my mental and (out-of-game) social health, several people in the hardcore community find this means a lack of end-game content, because there’s not much point in repetitively doing end-game activities for loot.

And while this is true, it also makes the game more accessible for people who don’t have several hours at their disposal to play a single game every day. Yet, the hardcore crowd tends to have the largest voice in the community, because they tend to be popular YouTubers and Twitch streamers.

Aside from how the end-game works, Destiny 2 does its story a lot better than the first game. Unlike the convoluted nature of the first, this one makes sense. Most of this is because the game centers around a few main characters and cutscenes to tell its story. The game starts with the city and Traveler being attacked by a Cabal warlord. Everything you loved and knew in the first game is destroyed and you have to start anew. The game starts with a goal: get your stuff back. And just with the premise of having a goal for the story, the game accomplishes its campaign light levels beyond that of the first. While it was a major improvement on the storytelling of the first game, it still was complete-able within the first sit-down session I had with it.

At the same time, it doesn’t really do anything new to the shooting genre beyond what the first game did with the addition of magical abilities and the like. Everything is solved with guns and blowing things up. Just like the first game, just about every quest was to go to X place and kill Y enemies. Occasionally, you have to sit at X place and wait until Y enemies are done throwing themselves at you. This was the same case with the first game, but it’s still fun. 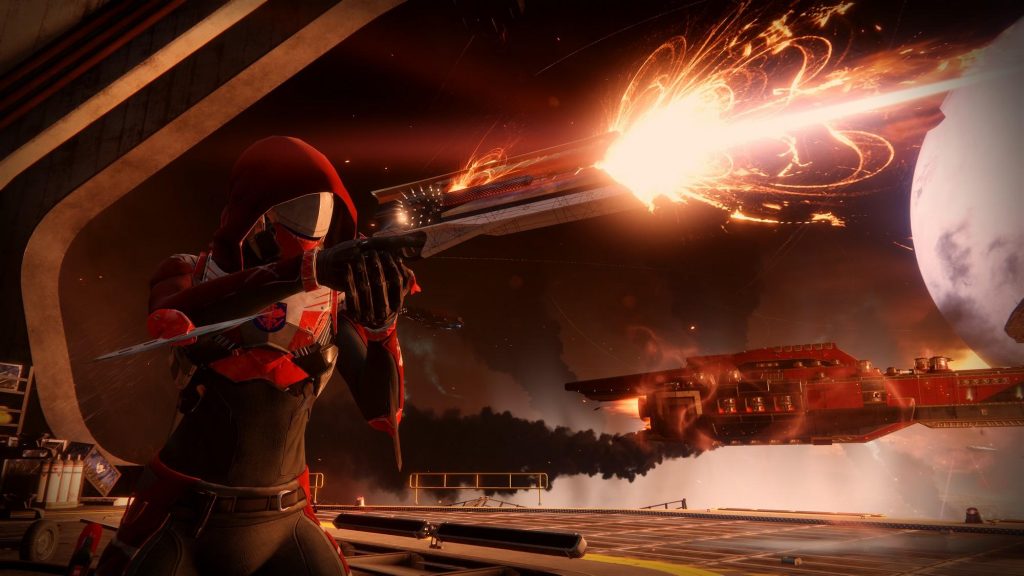 The Crucible (the competitive area) has probably seen the biggest change in format. Whereas the first Destiny saw teams of six fighting each other in various game modes — some other, more competitive modes pit three on three — Destiny 2 pits teams of four against each another. What this does is create a multiplayer arena where each person matters more to their team and coordination matters more than ever. However, one of the biggest needed changes to the multiplayer formula is missing. Simply, the game relies on peer-to-peer hosting instead of dedicated servers. This opens up a whole bunch of potential for lag issues to creep into the game. I’ve been stuck playing several matches — even the game’s highly competitive Trials of the Nine mode — where enemy players have been impossible to kill because they’re essentially teleporting all over the map due to lag, as well as not being able to take any damage.

To boot, since each match is hosted by players, the game is highly vulnerable to the extremely easy to pull off DDOS attack, which overloads a player’s router. This was a common problem where players would use this in competitive modes of the first game to win by default and score loot without really having to compete for it. Reportedly, this is also occurring in Destiny 2.

In addition, several modes which were highly competitive — like Iron Banner and Trials — and factored gear level into damage and health for players, no longer work the same way.

Many fans have expressed how they wish Destiny to enter the eSports arena. However, with how the game is currently hosted, that could never be possible. And with such a lag-inducing and vulnerable means of hosting the competitive play, it worries me how much worse this game will run on PCs, where typical means of exploit and hacking are easier to pull off.

That said, I’m glad to see that those sticking to PC will finally get to experience a game that has taken so much time out of my life. 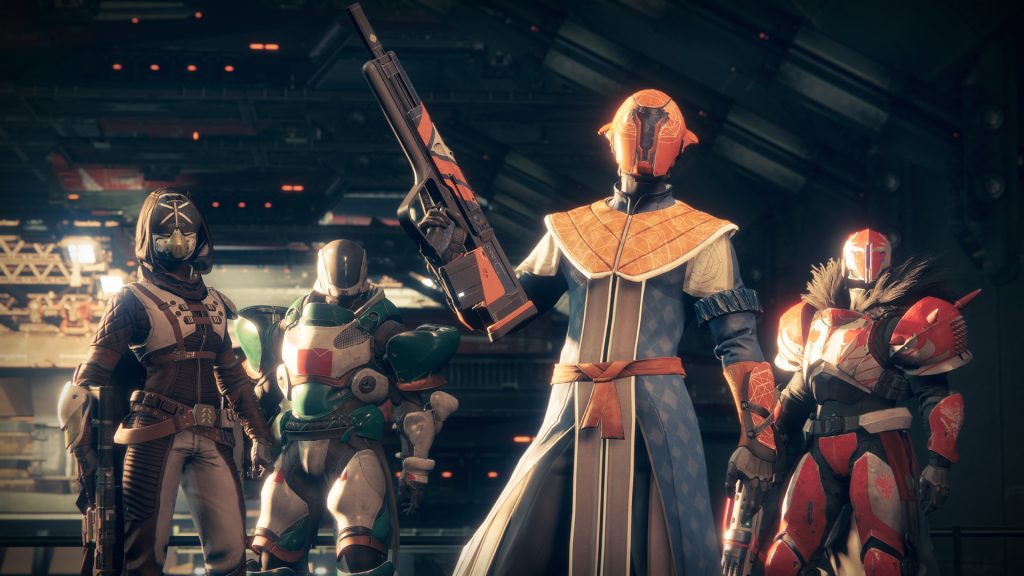 Destiny probably won’t be the same on PC. First off, since the game is extremely community driven and the PC version is launching two months late, those who held out for the mouse and keyboard version are already severely behind. To add to that, Bungie is using a third-party developer to pump out Destiny 2 for PC, so it’s likely that some updates and tweaks might lag or be off kilter from the console version.

I had a chance to play the game’s beta on PC and it didn’t feel right with mouse and keyboard play. Destiny is built around the controller — everything from recoil, to how your character moves just feels good. In fact, Bungie actually helped Sony with the design of the PS4 controller. Just like Bungie’s previous franchise, Halo, which was built for console and didn’t translate very well to PC. Sure, you can use a controller on the PC, but then you’re at a huge disadvantage against the super precise, recoil avoiding mouse users, which, during the beta, resulted in a huge flux of people using high-hitting single-shot weapons like the hand cannon with deadly, long-range efficiency that wouldn’t be possible on a controller.

Some people thought the move to PC signaled a shift in Destiny readying itself for the eSports field. However, as mentioned above, just the way the game is hosted online means it could never be an eSport.

The one thing PC has going for it is the potential of more computing power, which could hopefully alleviate some of the problems such as clipping with character gear and massive amounts of frame drops that occur in some game activities such as the current Leviathan raid.

Oh, and it does look really pretty in 4K. 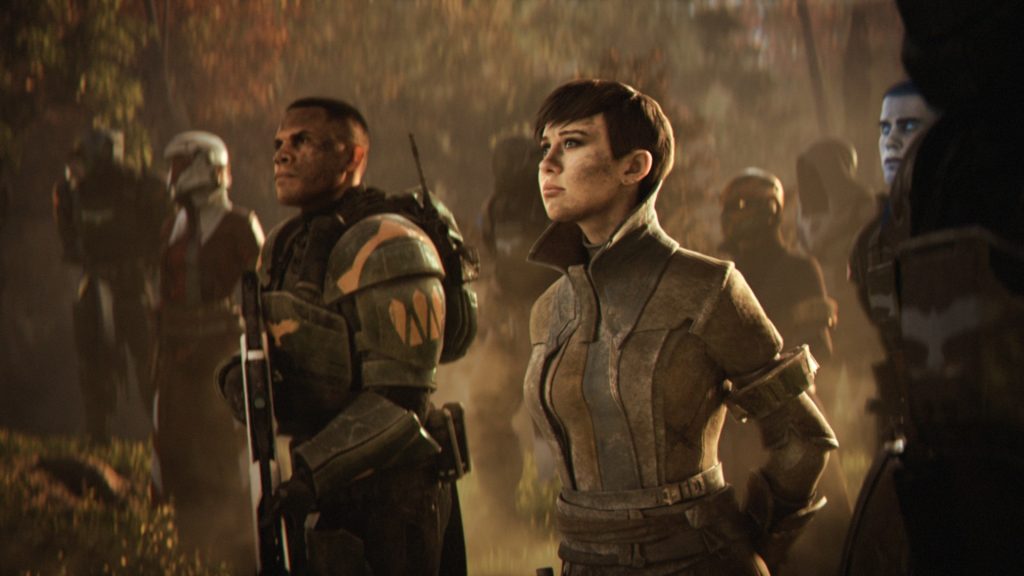 There were a ton of problems with the first Destiny. Sometimes I hated it. I went through odd periods of leaving it for months at a time. But for some odd reason, I just kept coming back to it. Maybe it’s the cross between that Guardian magic and the magic Bungie pulls off with their community.

While Destiny 2 at launch is leagues better than the first game at launch (I’ve somehow put more than 200 hours into it already), there are still some things missing from the game. But what Bungie has shown its community is that it listens and keeps trying to reach a sense of perfection for their game and its universe — both in-game and the extended social universe that we’re all part of.

That said, I’m bored with the game. Where in the first game I would spend several weeks after hitting level cap to get new gear with new abilities, there’s no point to that because the only difference between gear seems to be how it looks, which doesn’t affect play at all. Though Bungie made the game more accessible to casual players by simplifying and removing advantages hardcore players can get from specific gear, the developer also severely dropped the excitement of grinding for loot. This severely reduces the longevity of the game. Like any journey to perfection, tweaks are needed and finding a better balance between catering to the different types of payers in the community should be Bungie’s top priority. Make gear cool again. As well, Bungie really needs to do something about how PvP is hosted—because it’s 2017.