Gaming is typically thought of as a stationary action. Where one sits mostly still and uses nothing but a console controller or the combination of a mouse and keyboard to play the games. All of that is changing with the introduction of virtual reality systems for home use, but what if there was a way to get a great almost full body workout and play games at the same time? As luck would have it, there is a game that allows it; in fact, the game has been around since 1998.

DDR, or more accurately ‘Dance Dance Revolution‘, is an arcade game imported from Japan. As the name suggests, it mimics dancing to the beat of various songs. Using four foot panels in the shape of a directional pad, giving the player up, down, left, and right arrows to follow along with. This makes it a rhythm game that does not really require hand-eye, but rather foot-eye coordination in order to play at a high level. Not only does DDR play like a game, it requires you to use your body to its fullest. The game will test leg stamina, arm stamina(more on this later), as well as core stability and cardio. Admittedly, this requires a high level of play to hit all these areas, however even the lower levels provide benefits, albeit to a less intensive degree.

The game has a few different step settings, five of them to be exact: Beginner, Basic, Difficult, Expert, and Challenge. On top of these settings, there is a number to rate the difficulty of each song ranging from 1-20. Realistically, the best practice for determining whether the song is passable at your current play level should rely on this number rather than the step settings. A song that is listed as ‘Expert’ and has a rating of 14 will be just as hard as a song labeled ‘Difficult’ with a rating of 14. 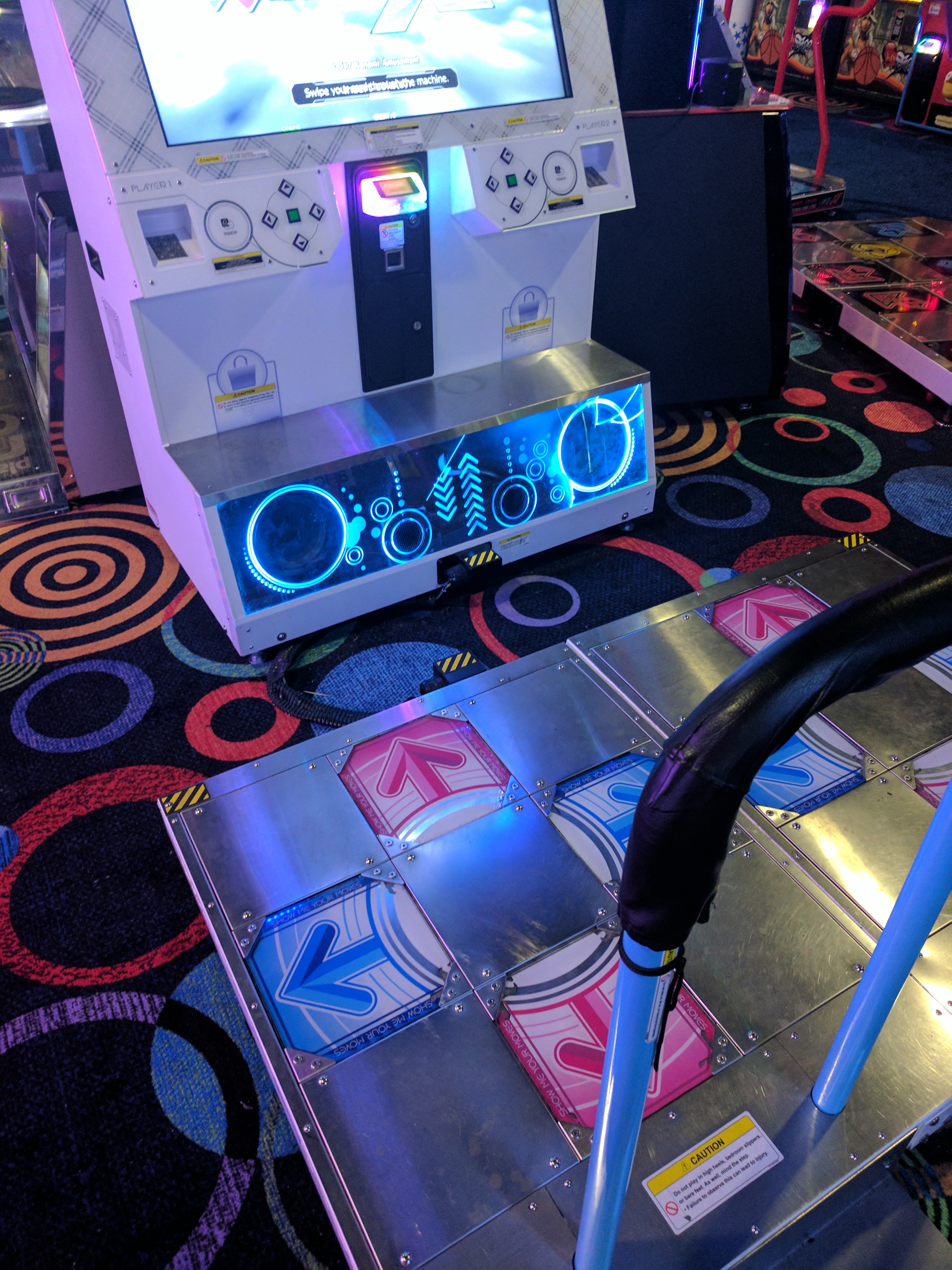 When it comes to playing the game, there are really two different methods used, dubbed ‘Barring’ or ‘No Barring.’ These are really just the base methods, as everyone adapts their own methods and techniques to either to best suit them personally. ‘No Barring’ is when the player uses balance and core muscles to stay upright and stable while moving the legs in order to hit the steps as dictated by the song. This way is how most people start, and makes the higher level of play much more difficult. ‘Barring’ is when the player holds the bar on the back of the pads, using his or her arms to keep their body center and stable while using core and legs to hit the steps on the screen. This is the method many — if not most — high level players use, as it makes the harder songs more manageable due to your legs not being used to hold the body up as much as the arms are, making it easier to move the feet between steps at a faster pace without the fear of falling or tripping over one’s feet.

The ‘No Barring’ method of DDR play isn’t quite as extensive of a work out, but it’s still a great one. Using the core for stability and balance, legs for movement and holding body weight up, as well as the cardio inherently involved with any physical activity. This method will test your leg stamina more than anything, as they are doing most of the heavy lifting, and it is a great way to start building up the needed muscles for high level game play. The ‘Barring’ method is pretty much a full body workout. At high levels of play, you get intense bursts of cardio, biceps and shoulder lockout training, grip strength training, core strengthening (more the obliques if you twist during play), as well as leg stamina and strength. As the leg movements are all within a small compact area, it really ends up toning the calves.

All in all, DDR at any skill level is a great workout. While the higher level players tend to benefit more than those just starting, with practice anyone can hit the intensity for those high level songs. It might take years to master the game, but only a couple of minutes to get a good workout.