As a genre, fighting games have rapidly evolved since the humble days of Karate Champ in 1984. From simple two-button inputs to head-scratching combo strings, developers were constantly tweaking the 2D formula over the years. This was especially true during the nineties, where the genre’s popularity was at an all time high. Different mechanics were constantly introduced to alleviate previous issues while granting new avenues of success.

Capcom was no stranger to this line of work. The Street Fighter series was known for its defensive oriented play for several years. Blocking was just as important as attacking. However, with game speed increasing with each iteration of the series, long block strings started to become a problem, especially during corner pressure. This changed in 1995 when Capcom released Street Fighter Alpha, their first all new Street Fighter title since Street Fighter II four years prior. With Alpha‘s advent came one of the most important mechanics in fighting game history: the Alpha Counter. This small addition gave defensive players a huge option against rush down tactics, and forever changed the landscape of defensive fighting. 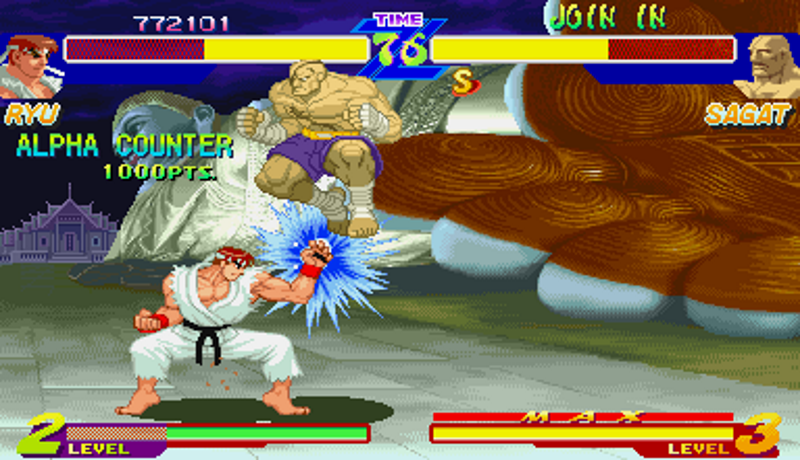 In layman’s terms, an Alpha Counter is an attack that is done while blocking, at the cost of one super gauge. It is done by executing a quarter-circle forward motion and pressing either the punch or kick button while blocking. If done correctly, the player will block the opponent’s attack and counter it with a preset special attack, which sends the foe flying towards the ground. Alpha Counters also have some invincibility frames and temporarily causes a freeze effect on hit. This gives players enough time to go back on the offensive or create distance to zone characters out. Either way, it is a fantastic “get off me” tool when the player is stuck in block stun. This ties well into Alpha‘s revamped Super Combo System, because the multiple levels of meter expanded the players’ options offensively and defensively. For example, imagine you have only two bars of meter, and you are stuck in corner pressure against an aggressive opponent. Do you use one bar for an Alpha Counter, or risk it all and go for a level two super? The possibilities are endless.

Historically, the Alpha Counter has had a major impact on the genre, as its legacy can be seen in several other titles, too. For example, in the King of Fighters series, it is called a Guard Cancel. It serves the same purpose, however it costs some super meter to perform, so players must strategize properly to seize victory. Guilty Gear XX is no stranger to this either, as they feature Dead Angle attacks. Their version consists of pressing forward and two attack buttons while blocking. Although it will send the opponent flying, it costs half of your meter and the attack is blockable, so it is best used sparingly. In some titles, players can use this to instantaneously stop an attack midway by blocking. This advanced technique allows players to instantly use other attacks without experiencing frame delay. 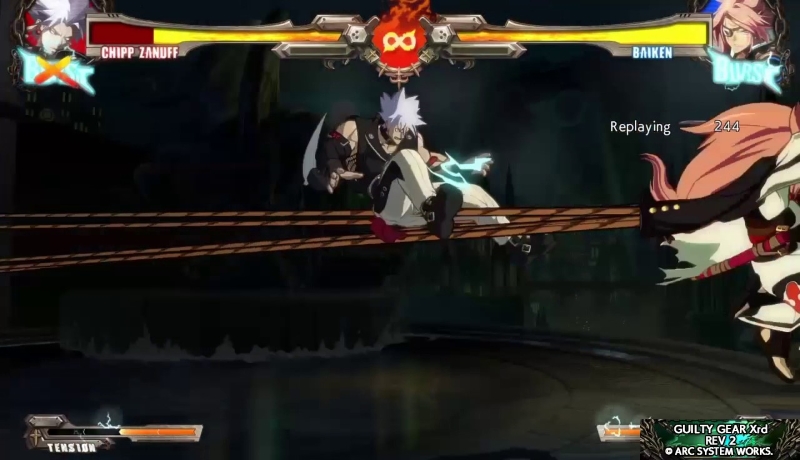 While attacking is the best defense for most titles, it’s essential to have a defensive option like the Alpha Counter, because waiting an eternity in block stun is no fun for anyone. Fighting games are trending towards offensive play, and upcoming titles like Dragon Ball FighterZ and Marvel vs Capcom: Infinite are clear examples of that. Even current titles like Guilty Gear Xrd Rev 2, King of Fighters XIV, and Street Fighter V have included a variation of this mechanic to give players a fighting chance against rush down tactics.

Whether you’re a seasoned veteran or a scrublord, it’s important to brush up on important mechanics like the Alpha Counter. Knowing when to capitalize on an opponent’s mistake during block stun is a great feeling, especially when it’s the deciding factor of a match.