I know it’s been weeks since the window closed on our short but wonderful excursion into the Destiny 2 beta on PlayStation 4 and Xbox One, but we here at Scholarly Gamers wanted to look back on some of our highlights of the experience, and delve into a little bit of everything that Bungie’s followup hybrid had to offer during the Open Beta. I’d also like to take this time to look at Destiny 2 as it was presented in comparison to my experiences with the first game, specifically focusing on the issues that caused Bungie to lose much of their player base within months of the initial game’s launch.

While it was not featured in the gameplay that we captured below, all of us were in staunch agreement that if the campaign continues with the same scope of narrative, it already shows that Bungie has learned one of the key lessons from the original game’s release. Our brief introductions to the cast during the first campaign mission showed much more depth in the characters than in the previous iteration — we obviously knew Cayde-6 was going to be the star — which we’re all very excited for. It’s much easier to become engrossed in a game when you can really feel for the struggle of the characters within.

As the campaign mission came to a close and we were all left with an empty feeling in the pit of our stomach, it already seemed apparent that Bungie had learned and rectified this first integral issue that many of us had with the original narrative. Admittedly it’s hard to tell from one introductory mission how the rest of the campaign will play out, but I was left wanting to discover more about what was going to happen to The Traveler, and the world that many of us had come to call home. 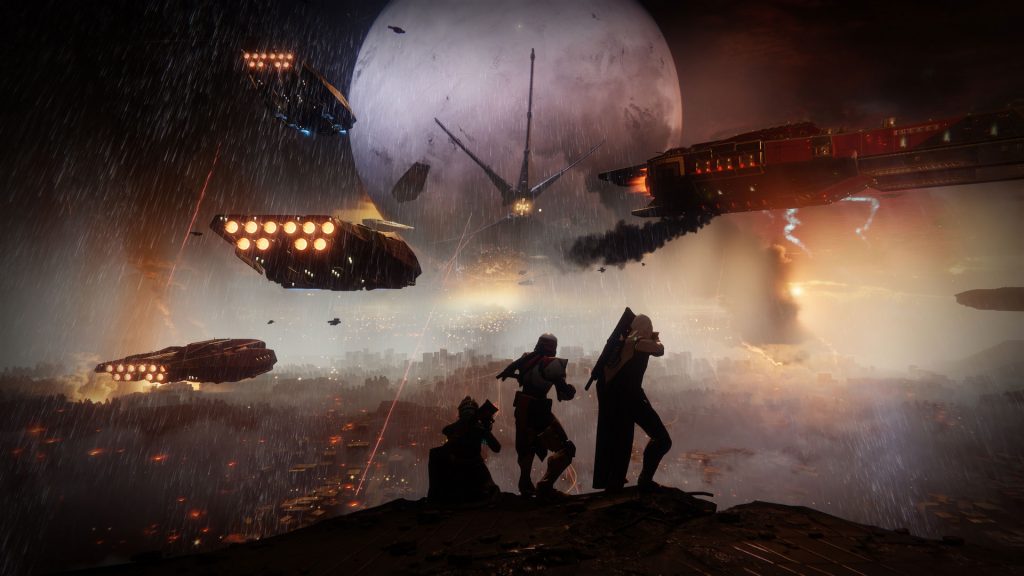 The Inverted Spire Strike was what stood out for the majority of the Scholarly Gamers crew, and many of our group opted to spend a wealth of their time with the beta beating the Strike over and over again, perfecting the run to collect the exclusive Exotic equipment, while simultaneously attempting to get their run-time down below the 20 minute mark. What stood out most to me about that specific Strike was how it felt much more open than many of the Strikes had in Destiny. There is a spot in the video below around 2:00 where the map opens up to a sprawling, pock-marked battlefield with enemies coming from multiple sides, which immediately confused and excited me. I was used to being forced through complex structures and generally restrictive environments, and before me sat a sprawling wasteland with no clear direction in sight.

In addition to the enemies we’d grown to know and love-hate there were some new beasts to encounter during the Strike, including the formidable War Beast; the dogs that lunged at your party in packs, corralling you into corners before jumping at you one after another. In addition to the Cabal pets, we were also treated to some larger humanoid units in the form of Gladiators and Incendiors, which were easy enough to defeat so long as you kept moving and made good use of the Incendiors’ gas tanks.

When we finally reached the Inverted Spire’s boss Protheon, it felt like we were home. There was something about dropping into that room and seeing the Modular Mind materialize that made everything from the previous 20 minutes of the Strike click. While in many ways the experience was very reminiscent of original Destiny Strikes, it felt much more refined with new impressive atmospheres and tightened gameplay, which culminated into the spectacular three-part fight with Protheon. As we descended deeper into the Inverted Spire, chasing after the first victory of many, I could already see myself playing through the Strike over-and-over with my friends.

And this, at the core, is what I felt that the original Destiny was missing. There was something about the initial game’s missions that got tedious after several playthroughs, but I am more confident after my time with the Destiny 2 beta that Bungie has learned another lesson in making their Strikes more engaging. Considering that many hardcore Destiny players will plan on beating these missions up into the triple digits, it’s only fair that they have a reason to keep going back to places like The Inverted Spire.

Destiny’s multiplayer was always the area of the game that I kept going back to; a consistent and welcoming PvP experience which,during the initial launch of Destiny, served to break up the relative monotony of playing through the same end-game missions over and over again waiting for The Taken King to release. Destiny released during a period in time where first-person shooters were becoming much more vertical: Titanfall had released in March of 2014, and Call of Duty: Advanced Warfare followed just two months afterDestiny’s release in September 2014. For someone like me who preferred their realistic war-shooters grounded, and their more sci-fi games vertical, Destiny’s multiplayer was the perfect stop for me between the more classic Call of Duty models and the literal off-the-wall gameplay of Titanfall.

After spending around 15 hours battling it out in The Crucible both on PlayStation 4 and Xbox One, and testing my skills with both subclasses of the Warlock and Hunter, I am confident that once against Destiny is going to find it’s place comfortably between the other first-person shooters that I play. Not much has changed at the core of what made The Crucible such an engaging multiplayer experience; in fact we played out many of our matches on Endless Vale, the Control map from the original beta. The tightened gunplay, new Guardian subclasses, and improved movement have all lent to taking what was already a stellar PvP experience, and improving upon each facet.

The new Countdown mode is what many of my peers were looking for in a more competitive Destiny mode, although it’s not really a new type of gameplay. In many ways it’s very reminiscent of Search & Destroy from Call of Duty or other similar game types. You’ve got attackers planting and defenders defusing, everyone has one life (but in this iteration can be revived), and it makes for a much more cautious and deadly game of Destiny. I was a pretty big fan of the new mode, but admittedly found myself drawn back to the chaos of Control. My only real qualm with the PvP is how long I’m going to have to wait before fighting alongside my Scholarly Guardians again. 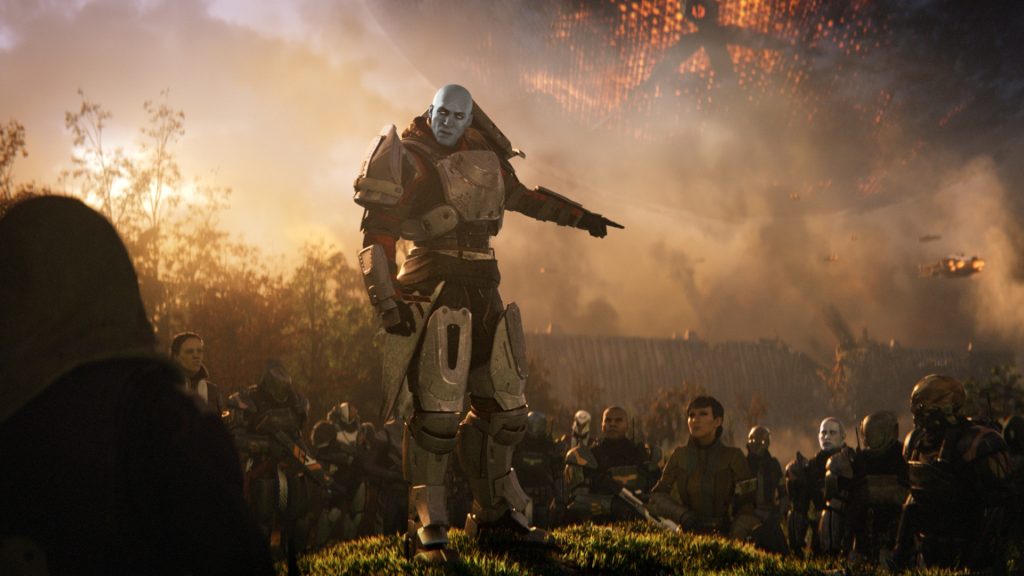 Many of us were in agreement that if the Strike Mission and campaign gameplay from the beta are indicative of where the full package is heading, and not just an explosive preview of some of the best moments of the game, than we can be certain Bungie has at least learned several of the key issues that held Destiny back from being a more impactful and sustained release. When you combine those stark improvements with the refined PvP experience that can be found in the expanding Crucible, and a reinvented social space with The Farm that we got a small taste of as the beta drew to a close, we here at Scholarly Gamers are certain that Destiny 2 is going to be receiving some serious, and more importantly sustained, playtime.