On August 1, 2017, Netherlands-based video game publisher SOEDESCO announced Real Farm Sim, an all new IP in the farming simulator genre. SOEDESCO indicated that Real Farm Sim is anticipated to be released for PC, PlayStation 4, and Xbox One in the fourth quarter of 2017. It was also mentioned that support for PlayStation 4 Pro, Xbox One X, and Nintendo Switch would follow soon after that.

In the press release announcing the game, Hans van Brakel (Executive Manager at SOEDESCO) provided some insight into the company’s rationale behind deciding to delve into the world of farming simulators. “We noticed a lot of interest in the farming simulator genre, but we feel nobody’s really bringing anything new to the table. With Real Farm Sim, we want to improve the farming simulator experience with new-gen game mechanics and new-gen graphics. The game is called Real Farm Sim for a reason: it gives players the real farming experience.” 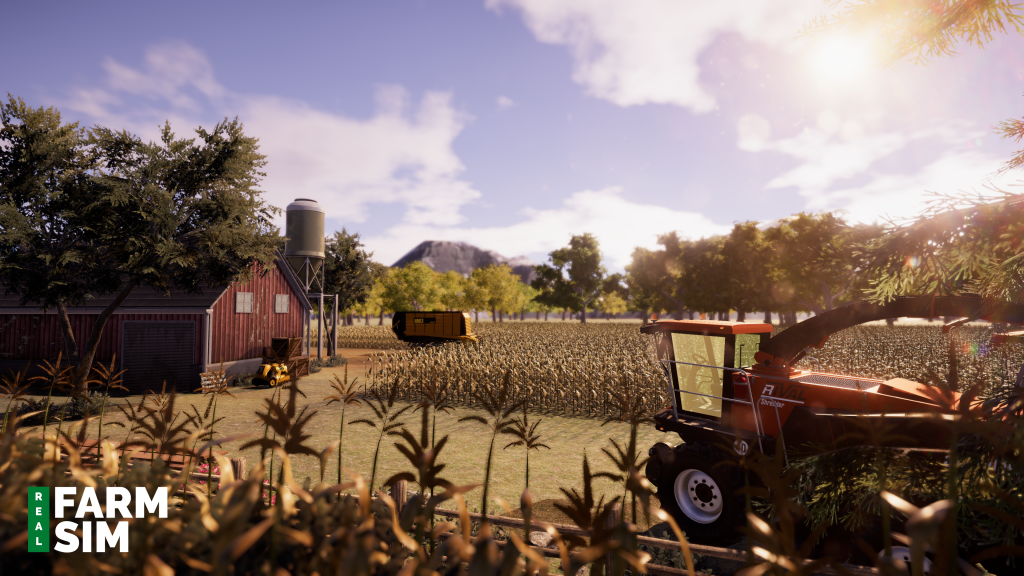 Developed by Triangle Studios, Real Farm Sim is built using the Unity engine, and initial screenshots have proven encouraging. The images released in the initial announcement clearly indicate that realism is indeed at the forefront of the game’s purpose, with recognizable types of equipment set in modern farming environments. One cause for concern, however, is the lack of any recognizable branding on the equipment shown in the screenshots.

The Farming Simulator series — widely regarded as the genre standard in many ways — has included a vast array of licensed machinery in its games for many years.  In a game striving for realism, the lack of real-life equipment models and licensing may impact Real Farm Sim’s ability to deliver. If this is indeed missing from the final game, Real Farm Sim will have to compensate by succeeding in other areas that its competitors fall short in. For those who have paid attention to the genre for a while, some of these areas are clear.

While genre giant Farming Simulator has excelled at providing an enjoyable farming experience on PC, consoles, and handheld devices for many years, it has often been criticized as having an outdated graphical style, as well as unrealistic physics at times. In addition, the modding community for Farming Simulator has created new features (e.g., the “Seasons” mod for Farming Simulator 17 that adds a calendar year, accompanying seasons, and additional consequences related to weather) that leave some fans wondering why GIANTS, the developers of the series, could not add similar elements to the game themselves. This demonstrates two things: that such gameplay improvements are possible, and that they are desired features amongst the Farming Simulator community. Real Farm Sim would do well to capitalize on this potential. 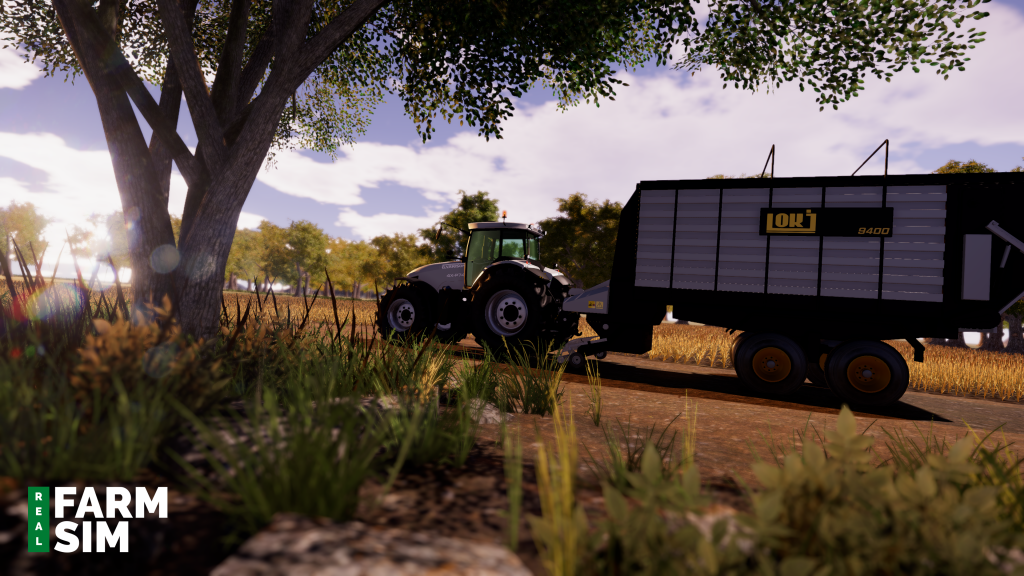 Farming Simulator does draw criticism in some areas, but the fact remains that it has consistently delivered a sound simulator that has sold relatively well, and it will be difficult for Triangle Studios to dethrone the perennial champion of the genre. In my opinion, Real Farm Sim will succeed if it can deliver new elements to the genre that fans of farming simulator games have been clamoring after for quite some time.

For example, realistic weather and corresponding ground modification (e.g., muddy terrain leading to wheel ruts) have been highly sought-after, even leading to other entries in the genre such as Farm Expert 2017, which focused on realism relating to the operation of machinery, its maintenance, and the modification of the terrain. Sadly, Farm Expert was written off by most fans due to the high prevalence of game- and immersion-breaking bugs.

Real Farm Sim could also look to deliver a more robust simulation experience by adding in seasonality, which (if executed properly) would require players to carefully plan and execute seeding, fertilizing, and harvesting, and potentially add an element of risk not yet seen in farming simulators (aside from the Seasons mod mentioned earlier). This would provide heightened realism while offering a new feature not seen in its competitors’ games. This new feature alone could entice seasoned virtual farmers and new ones alike to try the game.

As a fan of farming simulator games, I must admit it is exciting to see a new game entering the genre. Competition breeds innovation, and the Farming Simulator series has been without a true challenger for quite some time. Real Farm Sim has a chance to push the genre forward not only through its own game and the realism it purports to provide, but in turn through the new bar it could set for these types of games and what that could mean for the Farming Simulator series and others.

If Real Farm Sim delivers a solid farming experience, it could cause an even better product in the next iteration of Farming Simulator. If the game falls short of expectations, it could simply serve to reinforce the dominant position of the long-time genre staple. Personally, I’m hoping for the former. That might be a hopelessly optimistic view of the potential outcome, but a farmer can dream, can’t he?

Overall, Triangle Studios and Real Farm Sim will succeed if they can deliver something comparable to the Farming Simulator series in terms of gameplay, while providing the realistic graphics seen in the screenshots and some new features that generate a higher sense of realism. If this is indeed what Triangle Studios is hoping to deliver, then fans of farming simulators — and those who haven’t tried one — should be in for a treat.

Farming Simulator 19: What We Know and What We Need (Part I)