As anyone who has been reading me on here or following my video game stuff online for the past 19 years, I’ve basically been playing video games long enough now to qualify for old-as-dirt status. I recently stunned a younger fan of video game history by telling him that I’ve been gaming since before there were gamertags, pre-release trailer reveals, and when multi-player was just called “doubles”.

Clearly, a lot of time has passed. Yesterday’s hot new releases are now “classics” or “retro” games, and in recent years I’ve heard a lot of debate as to exactly qualifies for those kinds of labels. There are people who call the Nintendo GameCube and PlayStation 2 “retro,” while there are others who demand that nothing made in the 21st Century could ever qualify as such a thing. There are those who consider every game of a certain age a “classic,” while others feel that label should only belong to games that were major hits – past a certain age line that they can’t agree on, either.

I think the important thing to do here is to realize that the “retro” or “classic” line is always going to be shifting. I think at this point in time we all can agree that video games will always be around in one form or another, just like music, film, television, and books. The delivery methods and technology will continue to change, but the general idea will be around long after we’re gone.

Therefore, regardless of what can be agreed on in terms of what qualifies, that line will shift over time. It simply has to. When I ran a website about the history of arcade classics from 1998-2004, I put a cut-off line of 1988 on it. That made sense at the time, as you could still find Street Fighter II, Mortal Kombat and NFL Blitz everywhere in one way or another. Today, though, such a line would be foolish, because such titles are clearly “classics” now. To say otherwise is to deny their impact on both the industry and culture of video gaming. 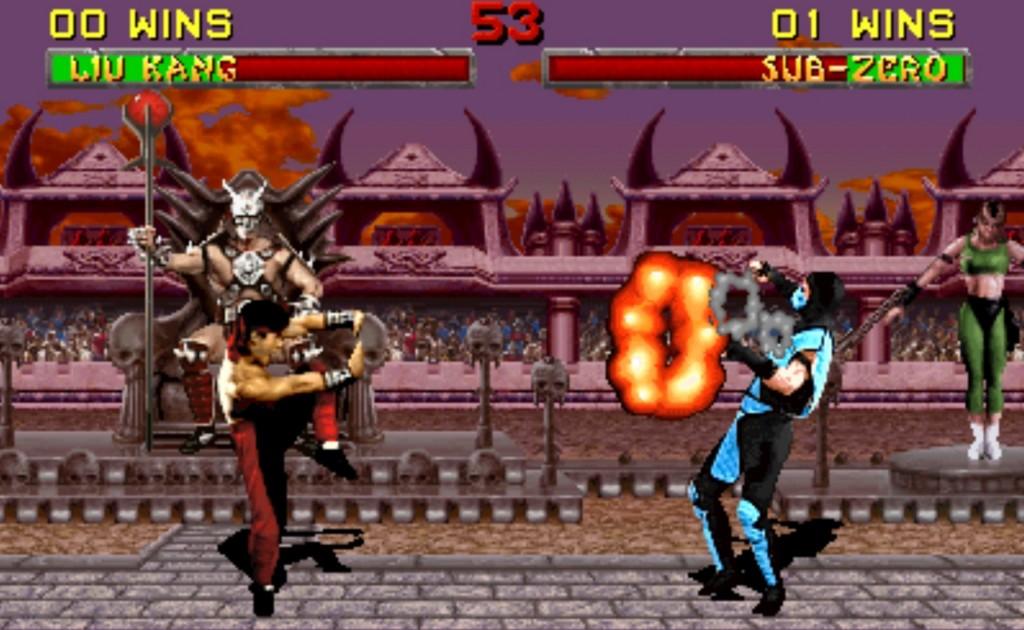 Perhaps instead of going with personal opinion, the way to go is to look at when those kinds of labels were used in the past. The term “retro gaming” seems to be the currently agreed on term now, with stores like Target and Staples using it in sections selling modern products based on Atari and Data East. The term “classic” was the more common one before that, so searching for early uses of that term might give an industry-based line in the sand.

There are instances of the term “classic” in use for older video games even back in the 1980s era that may be the only universally agreed upon era for such a label. One of the earliest that angled that way was 1983’s Starcade game show, which referred to Space Invaders as “the granddaddy” of the video game craze despite it coming out only five years prior to that show’s debut.

However, that five year gap seemed short compared to what Nintendo did just two years later with the launch of the Nintendo Entertainment System in North America. Initially, Nintendo included an Arcade Classics Series that included titles such as Donkey Kong, Donkey Kong Junior, and Popeye. At that point in time, those games were just three to four years old, a template that Nintendo continued to use in mid-1986 when Mario Bros. was given the label despite coming out in arcades just three years prior. An early 1989 issue of Nintendo Power also kept on this path, referring to a number of games such as Pac-Man, Q*bert, and Xevious as classics despite their relative freshness in hindsight.

So let’s say five years was the average agreed upon line back then. Sounds ludicrous now, right? Part of me wants to suggest that we consider the age of the video game industry into such a line, using math to figure out what percentage of consumer industry time had gone by at the time of Nintendo using the label and applying it to today. Part of me wants to suggest keeping to that same term, though. Certainly, 2009’s Call of Duty: Modern Warfare 2 is a classic, right? The public is waxing nostalgic for it enough to warrant going back, too, so would it be fair to draw that line as still being “modern” video gaming?

Maybe you wouldn’t or couldn’t call it retro, though, because perhaps retro is not describing an age so much as it is describing a gameplay style. Or can it also be argued that “classic” and “retro” are two totally different lines in the sand?

These kinds of debates are where all of you out there come in. Clearly, few are going to refuse the notion that titles like Frogger, Pitfall, and Super Mario Bros. are both classic games and retro games. But what of Nintendo 64 and GameCube titles? Do we define this by year? By when GameStop phases them off of the main walls? By when consoles are discontinued?

I’m very eager for thoughts from all of you out there. It’s been 45 years since consumers started being exposed to video games and we still can’t agree on if Pikmin or Halo is old enough to be called a “classic” or “retro” because there’s no real clear standard to it. Plus, debates like this are fun, certainly when compared to other raging video game related debates about framerates and processor power.

So hit me up, either in reply to this article or directly to me via social media. It doesn’t matter if you’re half my age or old enough to be my parents, I want to know how you define “classic” and “retro” in the gaming world and why. It might be a total long shot that we’ll get a consensus agreement on this topic, but maybe we can at least get the discussion going. The Associated Press made a ruling on the correct spelling of esports before we could agree on this topic, so let us talk about it.