Conflating the Intricacies of the Battle Royale Genre

After what seems like eons, console gamers — at least on Xbox One — have the opportunity to immerse themselves in a battle royale scenario. The fledgling genre has long been a staple of the PC gaming community, dating back to its initial concept as an Arma 2 mod, but its existence on consoles has been largely non-existent. Because of this, gamers on Xbox One and PlayStation 4 have often been relegated to playing single-life modes in competitive multiplayer games just to feel like we were part of a battle royale. Well, at least I have. With The Culling released on Xbox One Early Access, and PlayerUnknown’s Battlegrounds set to follow on Microsoft’s preview program later this year, couch gamers are finally getting the opportunity to see if the odds are ever in their favor.

I cannot possibly tell you how long I’ve been waiting for a battle royale game to come to console. As a long time fan of the concept, dating back to the initial Battle Royale novel written by Koushun Takami and published in 1999, and subsequently released as a movie the following year. If the only film adaptation of a battle royale scenario you can think of is The Hunger Games, you should watch Kinji Fukasaku’s masterpiece to garner a true appreciation for the genre’s roots. Today, however, we are here to talk about how these same roots have transferred over to one of the fastest growing and most popular genres in gaming over the past few years: the battle royale. 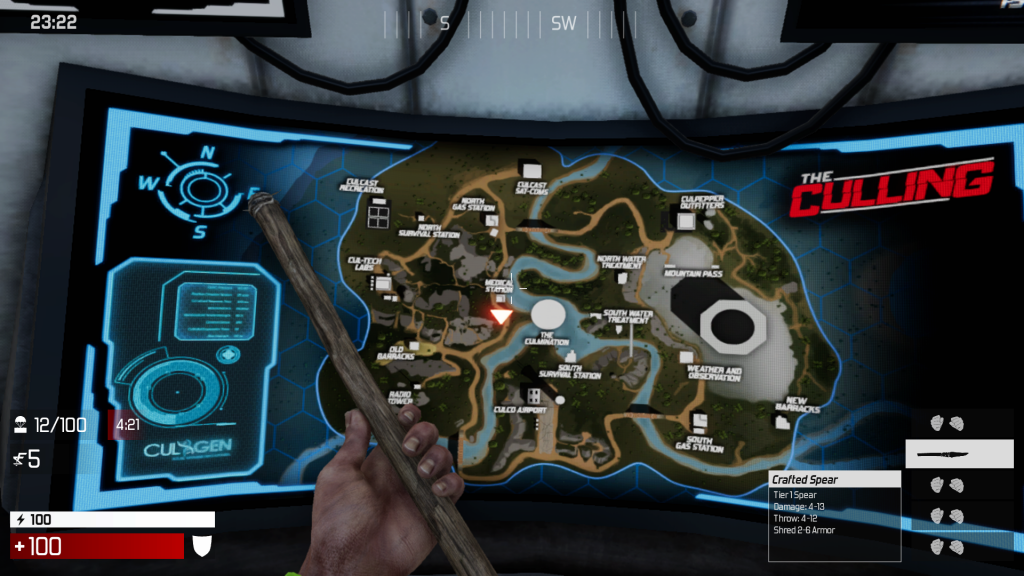 In the majority of ways, The Culling is exceptionally different from the other battle royale offerings that have popped up over the past several years. Since I started playing The Culling recently, I have had many people tell me that they’ve opted to stay away from that particular title purely because it is not as good as PlayerUnknown’s Battlegrounds or H1Z1: King of the Kill. While all three of these games technically fall under the ‘battle royale’ category, they could not play any more differently. While the former games focus on a mostly gun-based combat experience, forcing players to scavenge building-to-building looking for precious ammunition or a rare long-barreled rifle, The Culling is an entirely different beast.

I’ve spent more time with PUBG and H1Z1 than The Culling so far, even managing to win one round of PlayerUnknown with a group of friends. After sinking at least 30 hours into each of the games, you can definitely see that there is a lot that the two shooters share in common with each other apart from the core concept. Moving quickly from building to building away from the gas, staying low to avoid being spotted, and securing the best arsenal of guns, armor, and explosives you can get your hands on. Do this and, well, you’ll likely still die. While PlayerUnknown’s Battlegrounds is certainly a slower and more methodical approach to the genre — especially seeing as scopes allow you to do some serious damage from afar — King of the Kill is the much more ‘arcadey’ feeling ‘run-and-gun’ of the two games. I’m not saying people don’t take their time in H1Z1, but it can get a lot more close and personal a lot quicker. 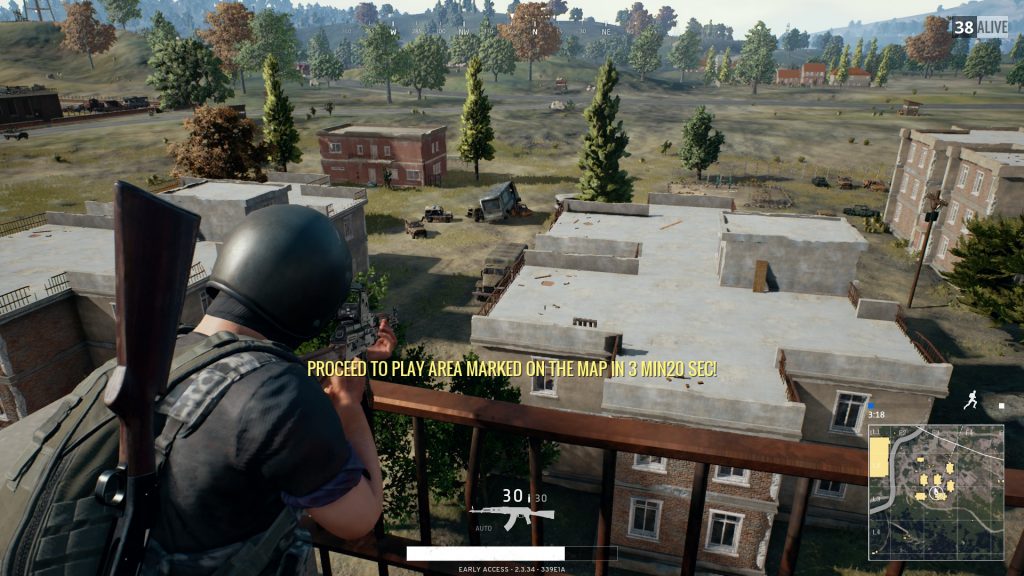 When you try to compare these experiences to The Culling, it becomes apparent that Xaviant Games’ first-person battle royale experience is much more comparable to games like Ark: Survival Evolved, 7 Days To Die, and other titles from the survival-crafting — Minecraftian — genre that was pervasive on PC several years ago. In lieu of finding fully-ready equipment laying around houses, The Culling forces you to scavenge, chop wood, mine rocks, and craft if you want any chance at surviving against your fellow contestants. You won’t find many of the aspects that are familiar to the survival genre either — there is no dehydration or hunger — and matches have been shorted into 25 minutes, with a noxious cloud of gas closing contestants towards the middle after 15. Realistically, the gas is the only gameplay element that is truly comparable across all three games.

From this point, The Culling implements a combat system that is wholly unique to the genre, which is a literal rock-paper-scissors game of block-shove-attack. When someone attacks, block; when someone shoves, attack; when someone blocks, shove. It’s a very simple concept, but one that takes a lot of practice to learn the intricacies of the dance, such as how to trick your opponent to think you’re attacking when you’re shoving, or feinting your attacks. You can craft — or occasionally find — ranged weapons throughout the game, but they are not the main focus of combat. Rather, they are another tool in your chest; a chest that’s also full of traps and buffs, allowing players to set traps for other contestants and be buff-ready when they charge through the door into your poisonous punji sticks. 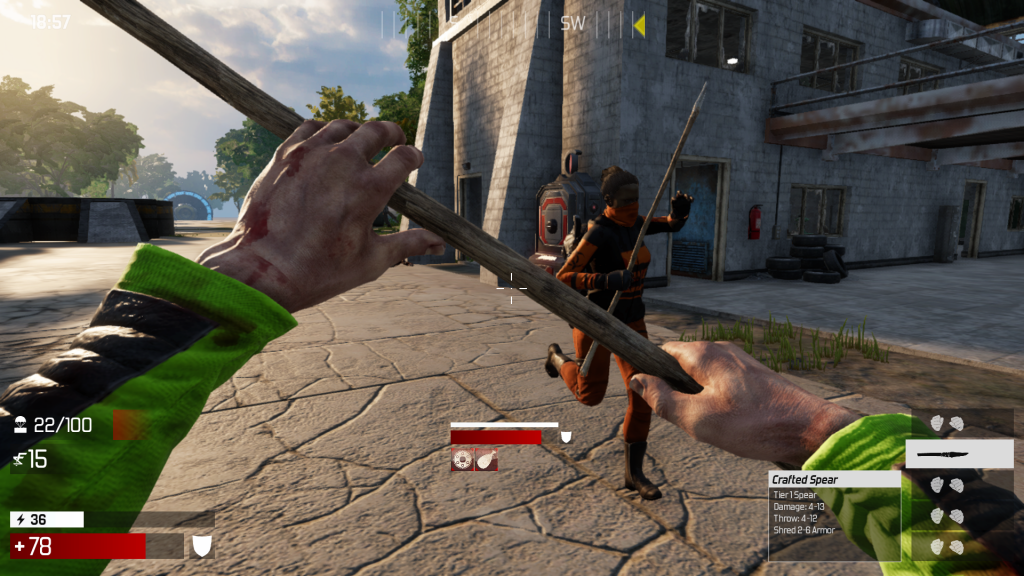 Long story short: The Culling plays wholly different than any of the other battle royale games, and attempts to seriously compare and conflate the two can be detrimental to the industry on the whole. It creates misconceptions in players which then adversely affects the overall sales of a game, leading to a dwindling player base even weeks after launch. We’re experiencing this with The Culling on Xbox One right now, which has averaged 3,500 players on the console in the past week (1,700 right now). When I have reached out to people to inquire why they hadn’t picked up the $20 battle royale game, the first of its kind on a home console, most told me they were waiting for PlayerUnknown’s Battlegrounds to release later this year.

This misperception can partially be attributed to the fact that the battle royale genre on the whole is relatively new. Since there is relatively little to compare each new IP to, many gamers find themselves making less-than-accurate comparisons to the few other titles on the market; in this case namely PUBG and H1Z1. It’s human nature to want to compare things to past examples that we have and are familiar with; it helps our brains to make better sense of what we’re seeing. When it comes to critical reception of a video game however, this can be a dangerous habit, as it can lead towards gamers completely writing off a title they may have actually enjoyed. I personally play The Culling, PlayerUnknown’s Battlegrounds, and H1Z1: King of the Kill, and I love them all because of their differences. Even if I manage to win without getting a single kill. 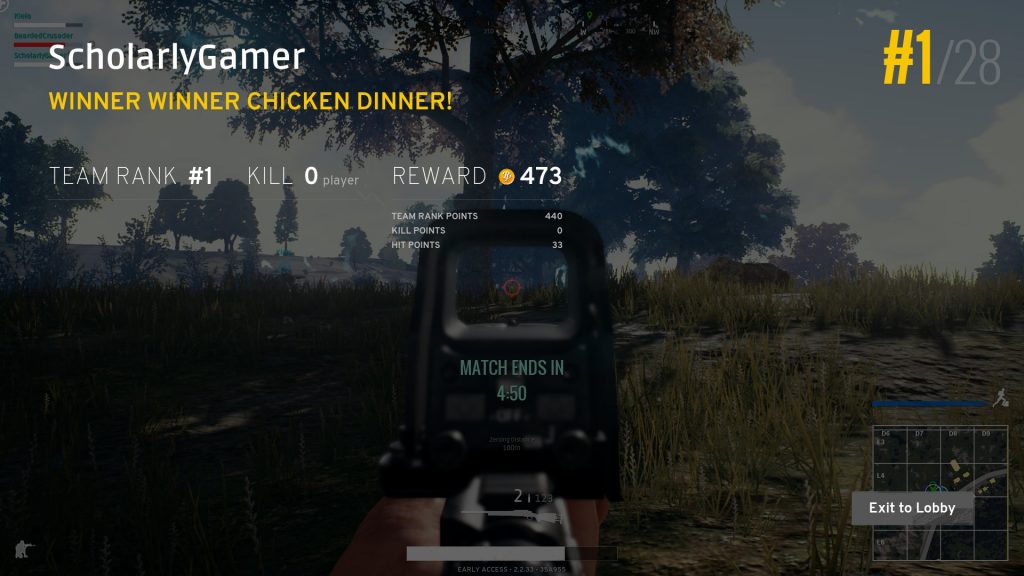 I think it’s very important to make this distinction between these games, because all it takes is a pervasive misconception about a game to cause a large percentage of a potential player base to avoid it completely. Games should be able to stand on their own merits, without being compared to another title and forced to stand against it. This is especially true if the games are nothing alike, such as The Culling and PlayerUnknown’s Battlegrounds or H1Z1. We’re at the age in gaming now where we’re starting to see relatively new ideas come to life, which has the potential to spawn an entirely new genre as we’ve seen here. We should embrace these developments for their uniqueness and attempts to bring something new to the table; not write them off because someone else made a slightly similar project first.

Now, if you’ll excuse me, it’s time to go Cull some fools.