This piece features spoilers for Persona 5.

Now that the long awaited Persona 5 has finally come and gone, I would like like to delve into its finer points. The Persona series is one that has gone from being a niche spinoff of a niche franchise to a powerhouse all its own. More people have jumped on board the Persona train this time around than ever before, which is fantastic news, because Persona 5 is more than just a good video game.

Persona 5 carries over the ambitions of Persona 4 before it, which sought to be more than just a mix of JRPG dungeon crawling and social sim elements — it wanted to send a message. Persona 4 was an incredibly meaningful game for me. Like many, I first played it in its Persona 4 Golden form on the Vita, and I worked my way through its 70 hour campaign over the course of about 5 days while on Summer break from college. It was quite a depressing time in my life, when I rarely left my room, let alone the house, but in the small town of Inaba I found a life the likes of which I had not known, one filled with friends who I got to see the inner workings of. Friends who, in some ways, felt more real than some people I had actually known.

Persona 4 was all about these individuals that made up its story. This was a game that shined a spotlight on the issues that most of us go through at one point or another, and it showed them within those closest to us. It covered the jealousy that we feel even towards our own friends. It looked at those who feel like they are defined by their outward appearance. It even delved into the idea of feeling unable to fit in to mainstream sexualities or gender stereotypes. The story as a whole was not nearly as important as the discoveries that you and those around you made about yourselves.

By contrast, Persona 5 zooms the camera out a bit, so to speak. While it does home in on feelings that can arrest our hearts, it looks more at the impact of modern society on people. Rather than looking at the true feelings of the friends around us, it shines the spotlight on those who have become corrupted by society’s influence. A famous former athlete has become filled with pride to the point that he feels he can get away with anything. An artist succumbs to vanity, using those who trust and believe in him as tools to fuel society’s shining view of him. A woman has become so caught up in fighting to work her way up the ladder in a male-dominated society that she comes to view life as a game of chance, where even rigging the odds is acceptable if it means winning. 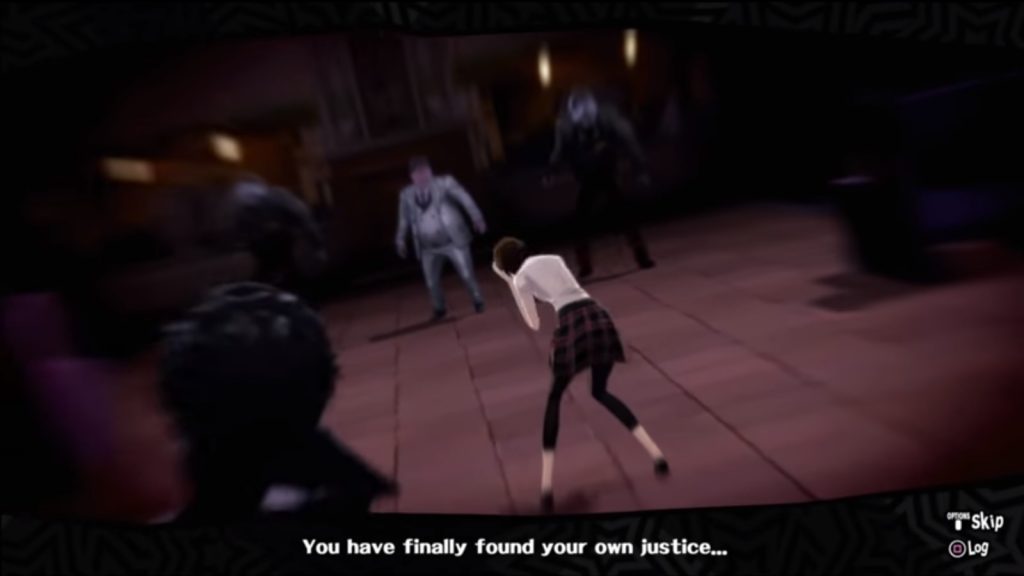 The protagonists of Persona 5 are teenagers who see how warped society has become, believing it to largely be the fault of individuals like these. They feel like prisoners, locked in by a society that doesn’t take them seriously, leaving them feeling as if they are the only ones who see the world for how it truly is. Why does no one stand up to this arrogant athlete? Why has personal gain become more important than justice? The flashy outfits they don when becoming the Phantom Thieves reflect their interpretation of someone who rebels against society’s standards. The group delves into the hearts of these miscreant adults and changes each of them in such a way that the world can finally see their true nature.

These individual stories each hold meaning of their own, but the true message of Persona 5 does not really show itself til right towards the end, when it becomes clear that it wasn’t these abhorrent individuals who were warping society, it was the other way around. All of these sins that drove the adults to do horrible things spawned from society itself, and how its fickle nature could raise a person above the crowd to praise or crush them down to insignificance based on its whims. Each individual had a desire that fueled them, one that was given physical form in their hearts, and Persona 5 identifies the desire of society overall to be a need for peace and order. Unfortunately, this desire comes at great cost, including sweeping trouble under the rug to pretend it does not exist in favor of an illegitimate view of peace, and giving up free will and individuality for the sake of order.

As you traverse the city in the afternoons or ride the subway on the way to school throughout the game, you constantly hear those around you speaking of whatever the big current event in the story is, but so much of the time these people are looking to others for an opinion. “What do you think of the Phantom Thieves?” “Do you believe that stuff about the politician?” Even the seemingly insignificant dialogue in the game shows the true nature of those who make up modern society. After all, it is so much easier to simply be told what to feel and how to think. Following the rest of the crowd means you’re never a target yourself.

The soundtrack itself actually portrays this message quite well. While playing through the game, it is easy to just bob your head to the upbeat tunes and drown out the often less-than-clear vocals, writing it all off as a backdrop for the stylish visuals and engaging gameplay. However, the lyrics themselves often paint the deeper themes of the game. The opening theme, for instance, talks about the liars and fakers that tell society how things should be, while the public simply goes with the flow, too afraid of not fitting in with the rest of society to speak out. And so, they put on their masks and blend in with the rest of the world, nodding their insincere approval, as the singer asks the all-important question, “Why does nobody want change?” 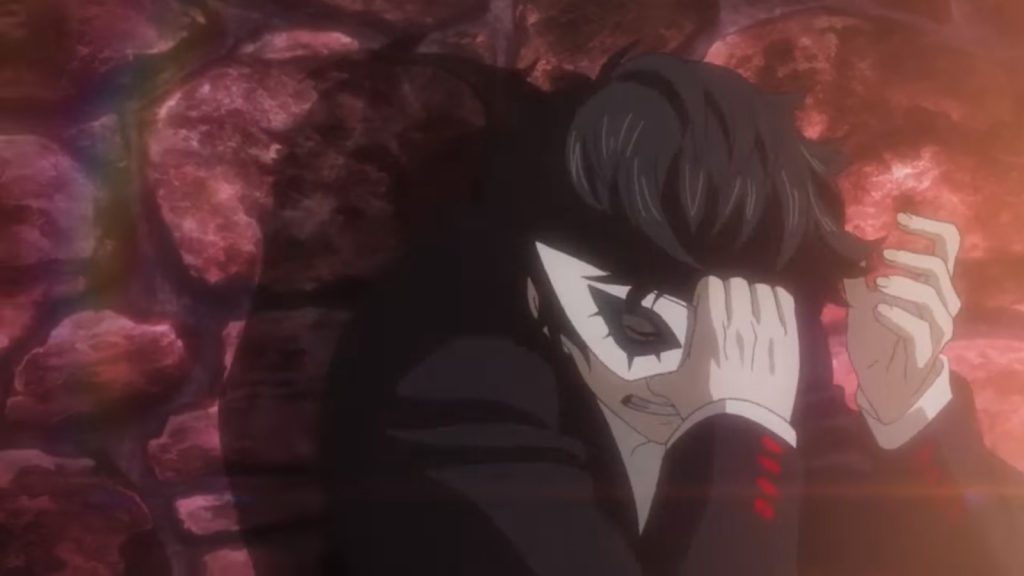 When Persona 5 was first announced, it was done so with a simple image of a row of chairs with chains attached to them; a line of text displaying the phrase, “You are a slave. Want emancipation?” 3 years ago, from the moment we first learned of the game’s existence, we were already being shown the true message behind Persona 5, and yet, when you play it, it still manages to catch you off guard at the end. You are a slave to society. You think what those around you think. You put on your mask so that you can fall in line with everyone else, accepting the world for what it is. But, if you hold on to that familiarity, then life won’t change.

Do you want emancipation from that slavery? Then wake up. Get out there. Raise your voice against the liars. Pull your mask off and be free. That is exactly what the main characters of Persona 5 do, in a very literal sense in this case. The first time each of them awakens to their spirit of rebellion, a mask appears on their face, and they must pull it off. It is never easy, either. Every time this happens, the person is shown to be in significant pain as they struggle to pull it from their face, but doing so opens their eyes to the world around them, and allows them to stand up for their individuality and their sense of justice.

Persona 5 depicts a world where gentlemen thieves can steal these distorted desires from your heart, allowing you the freedom that was too difficult to grasp on your own, but in reality it is much harder. We all have to be able to stand up at some point, pull off the mask that society would place on us, and think for ourselves. We have to avoid taking the easy way out of letting those around us dictate our thoughts and feelings, and be the person that exists within our hearts.

That is the message of Persona 5, and it is a damn good one.

Josh Barnes
Josh is just here to spread the word of our lord and savior, Chrono Trigger. And to talk a whole lot of nonsense.

Supergiant Games Continue to Be Masters of Their Craft