Mass Effect: Andromeda is the latest in a long line of AAA games with broken multiplayer.

Mass Effect: Andromeda released to mixed reviews and response from critics and fans respectively. Whether concerning the maligned facial animations or the frame rate bugs, it appears that EA and in turn Bioware may have pushed out the game before it was fully polished. Although the exact details of the partnership have not been made public, it is typically the publisher that sets a release date which lines up with their fiscal commitments, and in turn this schedule must be adhered to by the development company.

Despite the millions of dollars and half a decade of development time, Mass Effect: Andromeda under delivered in critical comparison to the original trilogy, scoring an average of 73.3 on Metacritic versus an 88.3 for the original game. One of the core issues of the Andromeda release which has plagued other AAA game releases this year is the game’s inconsistent multiplayer connectivity. 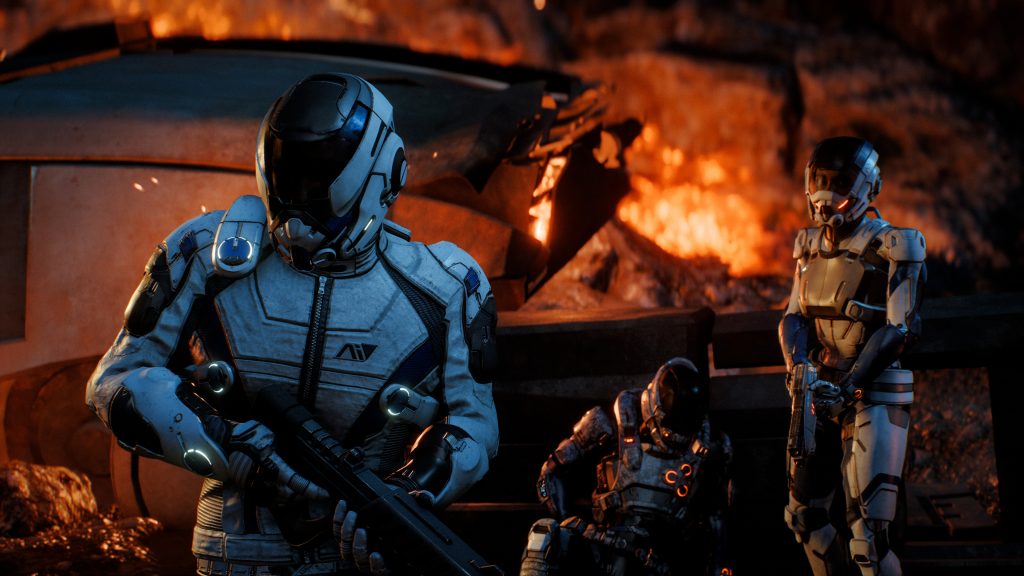 Broken multiplayer games have become increasingly common in both the console and PC spheres. As consumers we have grown accustom to day-one patches and down-to-the-wire fixes for connectivity and balancing issues in games that “go gold” before they have been completed. It is understandably difficult to prepare servers for the flood of players on launch day, but Andromeda’s beta was cancelled two weeks before launch, which would have afforded the teams an opportunity to test the stress levels of their servers and iron out other connectivity issues. None of these release problems are news to us, but our general complacency has not helped to limit the number of games that release with unplayable elements, namely concerning multiplayer services. In some cases, entire multiplayer communities have been whittled down to a stump within weeks or months of release despite numerous patching attempts.

Mass Effect: Andromeda’s PvE multiplayer has been one of the more promising features for the new sci-fi RPG, even before its release. Andromeda’s online mode does not take advantage of dedicated servers for its multiplayer mode, opting for the peer-to-peer alternative that was previously utilized in Mass Effect 3. This type of connection is often more suitable for a cooperative PvE environment, as players typically do not suffer connection inconsistencies that can impact a competitive performance. It becomes less of a concern when facing an artificial intelligence that cannot take full advantage of lag, but that facet does not make a poorer connection acceptable.

While in my opinion the PvE multiplayer stands as one of the better aspects Andromeda has to offer, not everyone has been able to enjoy it. At launch, a minority of Andromeda players struggled to perform the necessary matchmaking process before joining a game, especially when paired up with a party of friends. This is a multiplayer mode that thrives on cooperative play, and it failed to allow some gamers to take on the Kett and other wave-based fodder with their friends and online compatriots. Of those that did manage to find games and take part in the action, another percentage were met with intermittent lag problems, often crippling the experience. The fewest issues were found if players selected the quick match, providing that the host’s connection was strong and stable enough for the duration of the game, but this option limited the ability to play with friends. 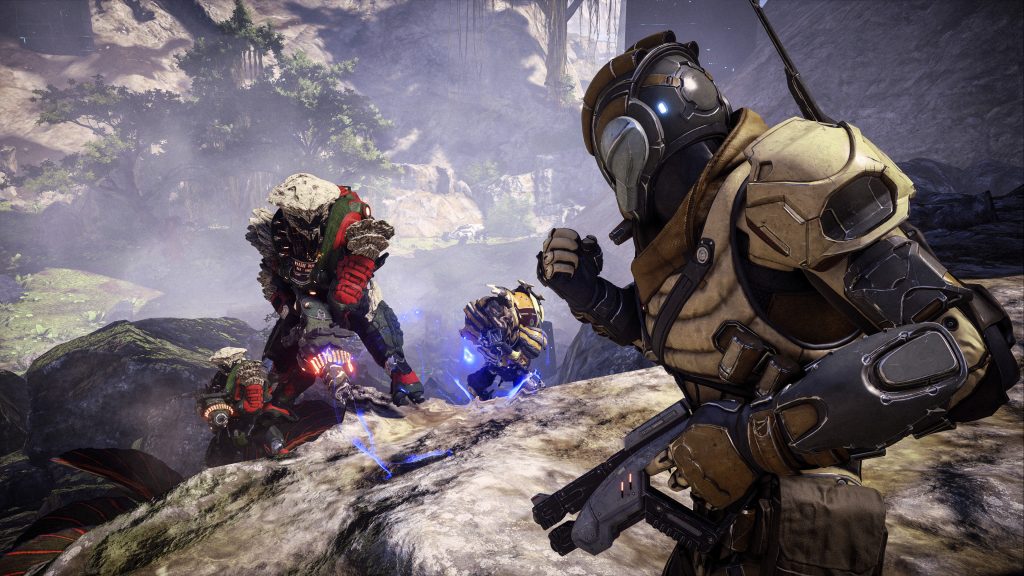 Bioware and EA are aware of these multiplayer issues, and on March 29 they promised a continued support for their game via Bioware’s twitter account. The subsequent 1.05 patch dedicated most of its time to balancing weapons, enemy types and the overpowered melee attack. There is one issue that has not been patched by the developer as of yet, and there has been no hint as to a fix in the future. We are not aware if EA and Bioware have any plans for fixing one strange ailment a small number of players have been experiencing: Mass Effect: Andromeda does not support IPv6, the most recent version of internet communications protocol. As a result, players on IPv6 routers have been unable to connect to online matches. The issue seems most prevalent for Xbox One players (a console designed for IPv6 in 2013) operating with an IPv6 router from their Internet Service Providers. The game’s online infrastructure has not been built to support this most recent version, rendering it inoperable. The simplest fix would be to disable IPv6 on the console and the router, refresh their connection and continue on using the now-outdated IPv4. 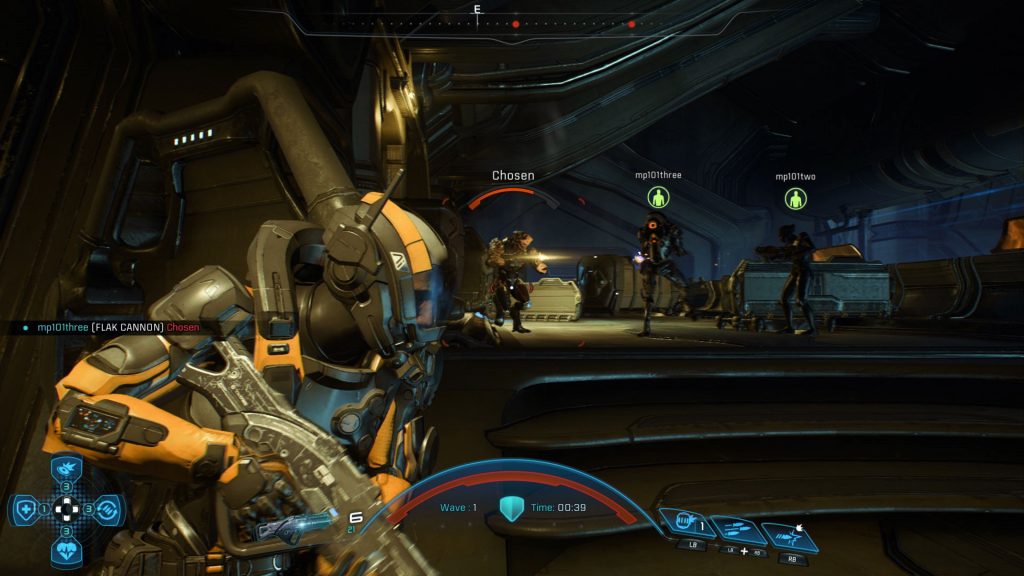 While this is more of a nuisance than an irreparable problem, an even smaller division of players have been unable to perform this homemade solution. Some players, seemingly those using Rogers Cable Internet in Canada according to some Reddit, GameFAQS and Rogers Community Forums users, are unable to connect to the multiplayer using strictly IPv6, and cannot disable IPv6 as it is the only option for their current standard router. In contacting Bioware technical support, a number of players have been turned away with the technician citing the IPS as the problem. So far their has not been mention of if Bioware and EA plan to restructure their multiplayer service for this small number of players. It is also unclear whether the decision to use IPv4 falls with Bioware or EA, but signs point to the publisher, with previous EA titles prioritizing the older protocol as well.

If EA and Bioware do not find a way to alleviate some of these connectivity issues with their multiplayer service for Mass Effect: Andromeda, will its community suffer? It would not be the first game to suffer a steep dive in its online community almost immediately after release. Some of the most egregious issues with recent multiplayer features have been found in AAA games such as For Honor, Watch Dogs 2, Halo: The Master Chief Collection, Battlefield 4 and more. Watch Dogs 2 launched without its seamless multiplayer and failed to deliver the launch-day service in a timely fashion that could have put the hooks in its early adopters. Halo: The Master Chief Collection’s memorably botched launch turned what should have been a celebrated release into a false start. The series’ signature feature in Battlefield 4 was plagued with early unbalanced matchmaking and connectivity issues, including rubber-banding and lag across platforms. EA did offer a number of workarounds for online errors, but these types of solutions should not be left to the players to tinker with after purchasing a game. 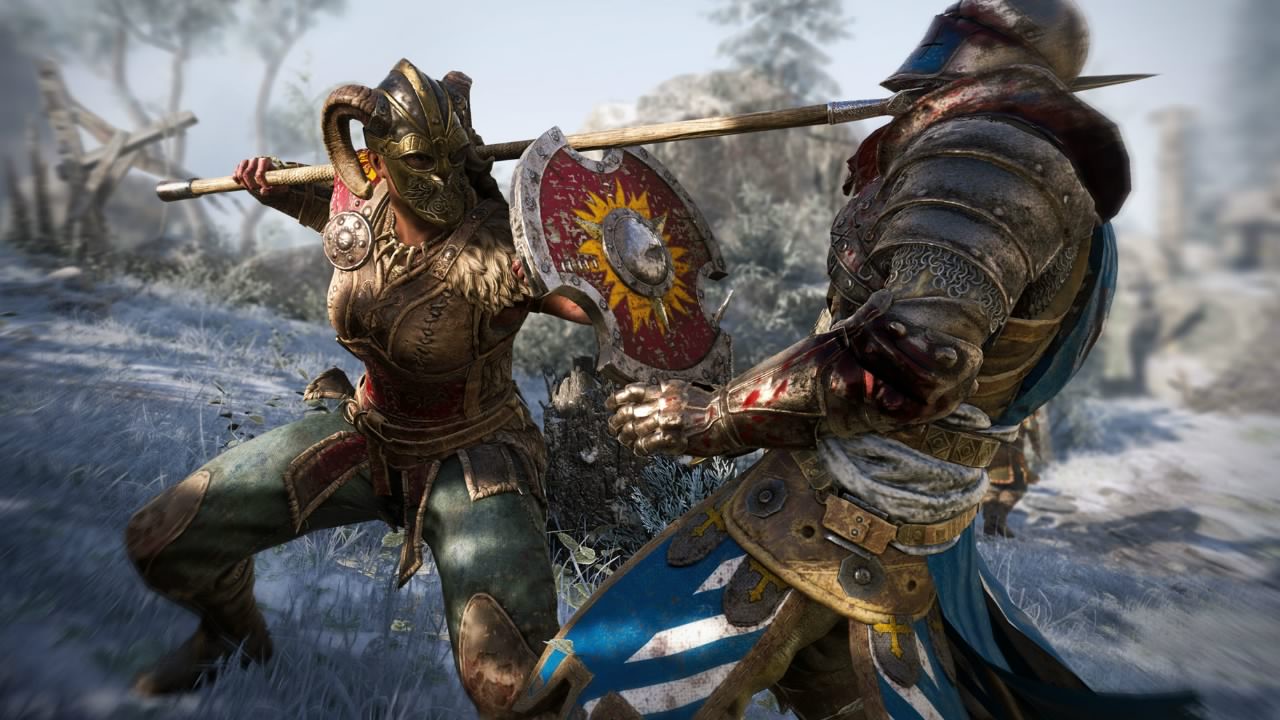 What’s more, many of these games were top-sellers, the most recent being For Honor. The Ubisoft title topped the US NPD (physical sales) charts in February despite being released mid-month. At launch, For Honor’s online numbers peaked at nearly 46,000 players on Steam. Those Steam numbers began to fall below 30,000 within its first week, and are now struggling to maintain an active community over 6,000 (sometimes dipping below 2,500 concurrent players). The game’s numbers may reflect the early connection issues experienced by many in this peer-to-peer multiplayer format. More uniquely to For Honor, there is not a specific host, as all players are connected to each other. This leaves the game open to reconfiguration pauses if any one player pulls out of the match, and without a significant quitting penalty players are free to leave whenever they see fit. This specific issue did not sneak up on Ubisoft or the community either, as it had persisted through the beta and into the full game.

It is a vicious cycle. Major AAA releases are launching broken, and can take days or weeks until patches release with solutions for the players that have chosen to lay down the money for these games. People should not have to predict whether or not a game will be released in any other state than “complete” if they are purchasing a full release. There is a conversation to be had regarding players propagating sales towards incomplete products, but that is for another debate.

Since we as gamers should not be held responsible to predict whether or not a full release of a game is going to function as intended, the onus falls on publishers and developers to either release refined products, or push back release schedules when these types of major connectivity issues arise. If companies are not willing to release games with fully functional multiplayer elements at release, we will likely see the above trend of diminishing communities from the past year continue through 2017. While it is inarguably a shame for players who either have to fight to access certain game elements or cannot access them at all, the real losers in the long run will be the publishers accessed developers who cannot reap the benefits of a sustained multiplayer community.