What ‘Persona 5’ can teach us about style and flair

To avoid spoilers, this article will discuss Persona 5 without engaging in the narrative at all, and will only feature images which do not allude to plot points.

Anyone who has had a chance to delve into the Metaverse and Atlus’ Persona 5, will likely tell you one thing: the game exudes flair. The latest iteration in the Persona franchise has not only brought forward one of the most compelling narratives that the series has offered thus far, but has managed to stylistically transcend the previous games, as well as many other JRPGS, in leaps and bounds.

I would argue that Persona 5 precariously treads the graphical line between anime/manga, graphic novel, and comic book, but executes the stylistic amalgamation flawlessly. While there have been numerous games, namely those coming from Japanese developers, which have elicited strong aspects of these three mediums in their work, Atlus has achieved a spectacular hybrid withthe Phantom Thieves by their side.

The style, personality and genuine flair that is exhibited throughout every facet of Persona 5 has made for one of the most stylish playthroughs I’ve experienced within the genre, and for myself, has redefined what can be achieved passively in a turn-based or JRPG. The Persona games have sometimes felt a little jagged, bouncing from turn-based fight to turn-based fight through environments that traditionally tended to get repetitive with color palettes and design, but Persona 5 exhibits a quality oft missing in JRPG gameplay: artistic flow. 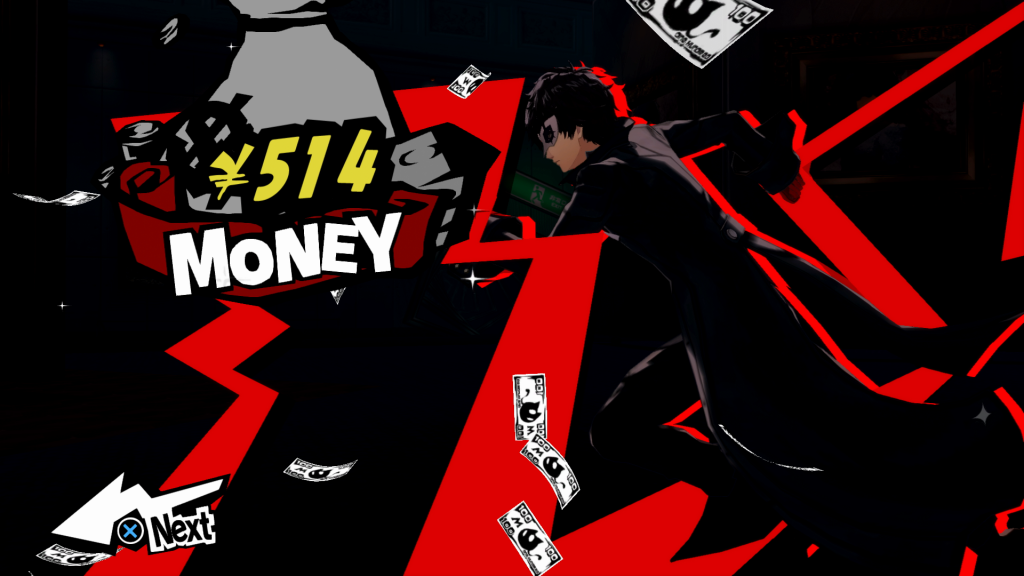 From the immediate onset of P5, you can tell that this iteration is going to be different. Persona games have by no means ever slacked off in the design department, the brand over the past several games has built itself upon a foundation of vibrant colors and genuine flair, but the Phantom Thieves have arrived to break molds and steals hearts.

In this day and age I’ve found we’re often focused on the high fidelity of a video game, over its general artistic appeal. “Does it run at 1080p 60fps?,” often feels like it has become a much more important question than “Does it look good?” While I’ll admit I’m a sucker for a crisp resolution, it is important that we look at other elements of style in video games and how we can generally improve stereotypically lackluster elements of a game, such as the HUD or battle menu. 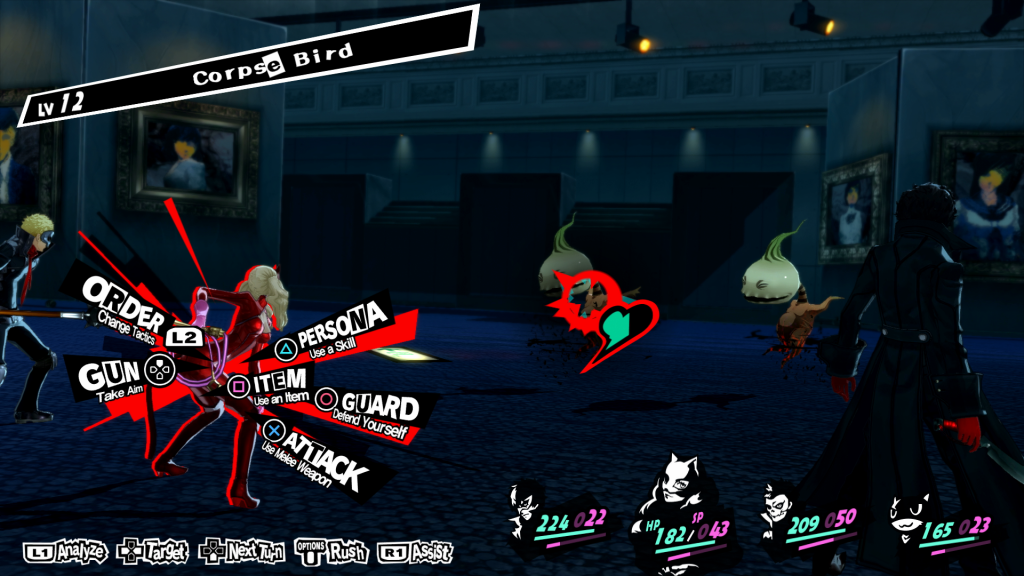 The Persona games have always exuded a certain je ne sais quoi, which set them apart from other JRPGs even within the Shin Megami Tensei universe, but Persona 5 has taken the stage with style and poise unlike anything else. It’s not that the game is exceptionally outstanding in the graphics department, but rather that the developers have taken the time to make every single aspect of this game ooze artistic flair utilizing the graphical style they’ve implemented.

Persona 5 ultimately builds off its predecessors; namely Persona 4. A lot of what made P4 such a worthwhile and enthralling journey can be traced back to the game’s style, but it suffered from some of the repetitive labyrinths and textures of Persona 3, in many ways limited technically by the PlayStation 2 console’s power. These limitations required the majority of the “flair” to be limited to battles, cutscenes, and your usual fanfare. You can tell that Atlus took care to bring a lot of what made Persona 4 such a stylish journey through in Persona 5 , and between the characters and labyrinths, a lot of the latest iteration hearkens back to the previous. 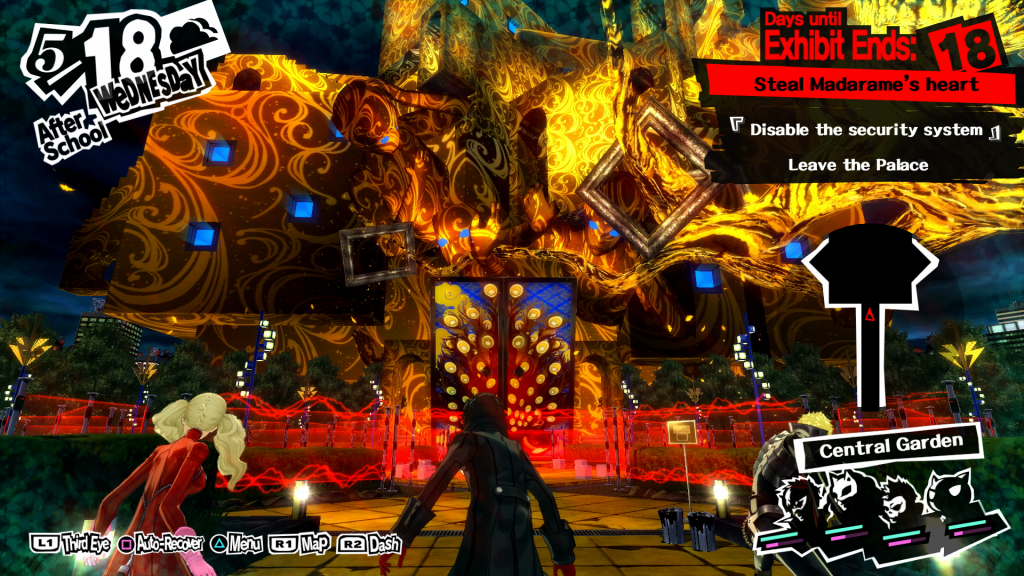 The funny thing about flair is, if you only exhibit it in one specific area, you’lll end up limiting the true stylish potential that can be achieved (just ask Chotchkie’s). Atlus knows this, which is why the developers have ensured that regardless of whether you’re fighting a turn-based battle, transitioning to a new area, or scrolling through menus, you’re visually impressed.

Atlus is not the first developer or producer to play with the stylistic motifs from graphic novels and comic books, and at points the visual style almost hearkens back to Sin City, with splashes of vibrant reds interspersed over deep blacks and gray-scale. I would be remiss if I did not mention the work of Grasshopper Manufacture and Suda 51, whose inspiration in game design can possibly be seen as prevalent in Atlus’ execution. The game’s personality invokes memories of Killer7, No More Heroes, and even a little bit of Lollipop Chainsaw’s vibrant style and color palette. 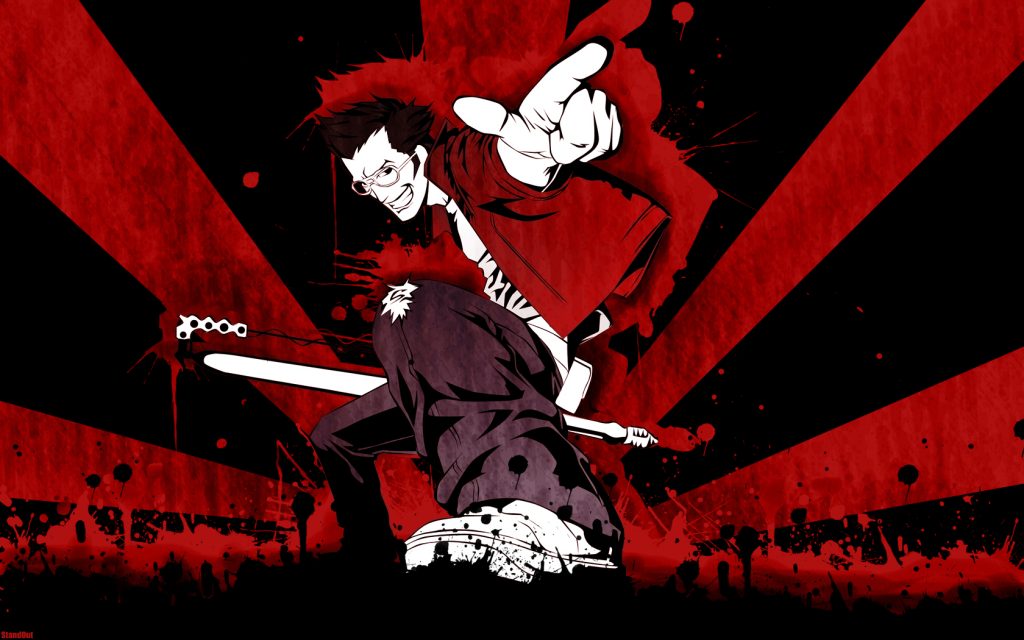 It is objectively hard to say if Atlus actually took direct inspiration from Suda 51’s unique style, but such is often the case with video games and other artistic endeavors alike. Inspiration is a core part of the development process, and it is clear from the amount of attention that has went into Persona 5’s style that Atlus precariously stood on the shoulders of giants to achieve such greatness. While not necessarily borrowed from other developers explicitly, the team has clearly utilized many of the striking motifs from graphic novels, comics, and anime/manga to present Persona 5 with such character.

I should be clear; I’m not accusing other JRPGs of phoning it in in the “style and flair” department. Rather, I’m arguing that the ways in which Atlus has passively integrated that flair within their game has taken what would have been a great game, and made it an outstanding one that developers should take heed of.

Persona 5’s style echoes through every single facet of the game. While many games are content to leave the most visually appealing aspects of their games for cutscenes and battles, P5 brings them to the forefront in every single detail. The “heads-up display” both in freeroam and turn-based battle makes it feel like every scene has been torn straight from the pane of a comic book, with jagged headings and sharp colors strewn across the screen. Every time you move into and out of a battle, you’re treated to some of the most stylish transition screens I’ve ever seen in a JRPG, namely the “battle completion” screen which shows your experience and items gained. I don’t think I’ve ever seen the culmination of a battle in a JRPG flow so smoothly into the loot screen and right back to freeroam, quite literally following the protagonist as he breaks from frame-to-frame, eventually stepping fluidly back into the labyrinth, almost breaking a 4th wall within the game itself.

It should also be noted that Persona 5 is much more traversable than previous iterations, which allows you to experience the world in fully three-dimensional ways that were previously impossible in earlier iterations. This gives you a perspective on the labyrinths that was not available to the player before, and gives Atlus a chance to showcase just how much they stepped up their game in the graphics department using the processing power of the PlayStation 4. 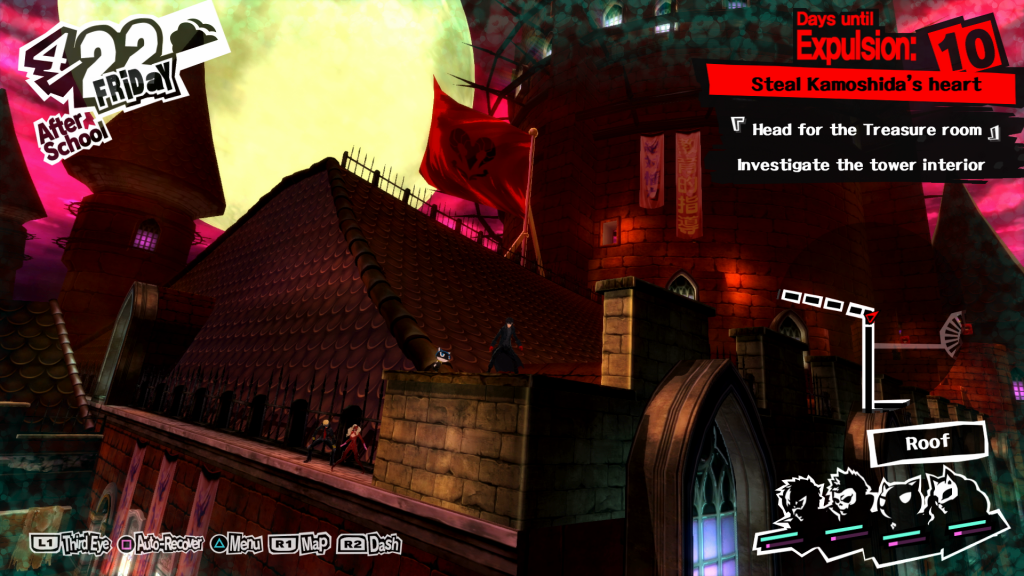 Even as you’re spending time working your way through your different Personas in the Velvet Room, or traversing the menus outfitting the Phantom Thieves with the most stylish of gear, Persona 5 never once drops in the flair department. Like any JRPG, you’ll likely to find yourself in the various menus often, tediously pouring over different characters, Personas, and stats ensuring that you have the perfect loadout for the upcoming infiltration, and Atlus wants you to be comfortable while doing so.

This is the core point that I wanted to revisit and close with: Persona 5 has a lot that it can show us about style and flair in video games, and how we can improve upon some of the basic aspects and core foundations of JRPGs. Even with a longstanding series, Atlus has proven that it is not only possible, but very much achievable to take a previously critically acclaimed series and still manage to break out of every single mold to create something wholly new. Persona 5 has set my new personal bar for JRPGs much higher with the artistic successes they have achieved, and developers have some impressively tall shoulders to stand on if they wish to build upon this foundation of style and flair.