‘The Legend of Zelda: Breath of the Wild’ is one giant ‘Rocky’ montage

Just a quick warning before reading, this article will contain spoilers for The Legend of Zelda: Breath of the Wild both story-wise, and gameplay-wise. Read no further if you wish to avoid those. 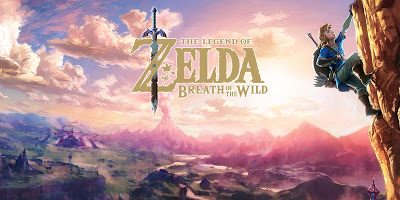 On a recent episode of the Error Machine Podcast, we delved deep into the world of The Legend of Zelda: Breath of the Wild. The nearly-two-hour episode covered everything from the hype surrounding the game, to our tiniest of nitpicks all the way to the build up for the final battle. During the show, Erik Snedegar brought up an excellent point by saying that the entire game is just hype for the final battle with Ganon, and in my opinion that is the most apt description possible for this game

Do not misunderstand me, there is a whole lot more to the game than just “go here, do this,” and I would not dare trivialize everything it does right by saying so. The ultimate goal of the game is to, of course, kill Ganon and free Princess Zelda, which is the same basic premise we’ve seen in many Zelda titles. But every previous game in the series required specific boxes to be checked and certain obligations to be fulfilled before facing the ultimate evil.

Here, however, your goal is singular: as it says at the forefront of your Adventure Log from the onset of the game: “Destroy Ganon.” 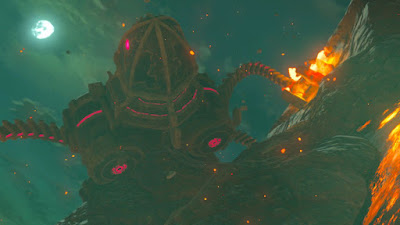 I completed every optional piece of the main quest, and with each successive Divine Beast I tamed and every subsequent boss I bested, the anticipation and anxiety of my eventual confrontation with this supreme evil only grew that much greater. The cutscenes which followed each “dungeon” and featured the fallen Champions felt like nothing more than an exposition, in which the Champion explained how they were too weak to defeat Ganon and how they’d been waiting 100 years for another opportunity.

Every time I learned something it felt like a new facet of my ultimate Ganon-defeating arsenal. Even something as small as learning recipes, which could be used to make more powerful elixirs and meals that would replenish more life, felt like necessary skills that would help in the final approach. Every time I would cash in Korok seeds for a new inventory slot, every time I used Spirit Orbs to increase my health or stamina. When I found the Master Sword, when I upgraded my armor. Every single thing that I did in the game — no matter how great or small —felt like reaching the summit of a new mountain. 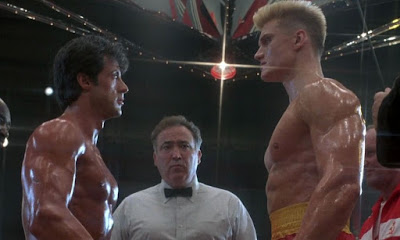 If the newest Zelda game is indeed a Rocky montage, the film that Breath of the Wild seems most comparable to is Rocky IV. At this point, Rocky is the champion and is considered the best boxer in the world. He’s rich and famous and is living the American dream. He even has a robot, which is the easiest way to point out human success. An amateur boxer from the Soviet Union by the name of Ivan Drago shoots up the ranks, challenges former champion and Rocky’s best friend, Apollo Creed, to an exhibition fight, which results in the Russian fighter killing Apollo in the ring. Rocky has no choice but to challenge Drago and avenge his fallen comrade. The montage that takes place before the fight is pure cinematic gold.

Even though Rocky is the champion, he’s also the underdog. He chooses to fight Drago on his home turf in front of a crowd of hostile Russians, and even his own wife doesn’t believe he has what it takes to defeat Drago. This is not unlike the story of Breath of the Wild. Link is the Hylian “Champion:” he enters Hyrule castle — which has been overtaken by hostile enemies — to fight Ganon, the one who killed his friends. Even some of the other Champions and townsfolk doubt Link’s ability to win the battle.

In Rocky IV, near the end of the second round of the fight, Rocky manages to cut his opponent, which shocks even Drago. Rocky’s trainer, Duke, looks Rocky in the face and says “You see? He’s not a machine! He’s a man!” Much like Drago, to Link Ganon is an insurmountable object, a literal machine which takes the support of his friends (and subsequently the Divine Beats) to overcome. That moment is pivotal and turns the tide of the fight, much like using the Divine Beasts and all of the knowledge you’ve gained to your advantage in the final fight. Exploiting weaknesses is crucial to any boss fight, but it takes a hero’s montage to get to this point. 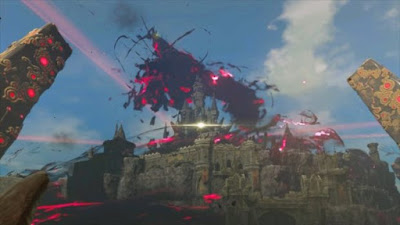 In the end, good triumphs over evil, Rocky knocks out Drago (spoilers there too, I guess), Link bests Ganon and seals him away, and all is well. There is a reason that Rocky IV’s montage is so satisfying: it provides a very satisfying lead-up to the ultimate confrontation, showing our protagonist bettering himself to confront evil. If you take the time to tame the Divine Beasts, the onset of the final battle against Calamity Ganon is well worth that effort. It has a great build up, a satisfying payoff, and tasks you with putting all of your previously-learned skills to the test. It’s the culmination of an 80-hour montage.

If there was any aspect of Breath of the Wild that takes away from this comparison, it is the lack of a human form for Ganon. All throughout the game, it was being pounded into your head that you have to beat Calamity Ganon and that he is the purest form of evil in the world, but you’re never told exactly why or how he got to be this way. Unlike Rocky IV‘s final confrontation, we don’t get any face to face stare down between Link and Ganon, no villainous monologue — just a gloves-off scrap with the evil machine.

At the end of my 80-hour training montage however, this did not make victory any less sweet.

Error Machine Podcast 117 – You And Your Friends Are Stupid. Game Over.